Another Perilous Embrace--Wisteria and Horse Chestnut 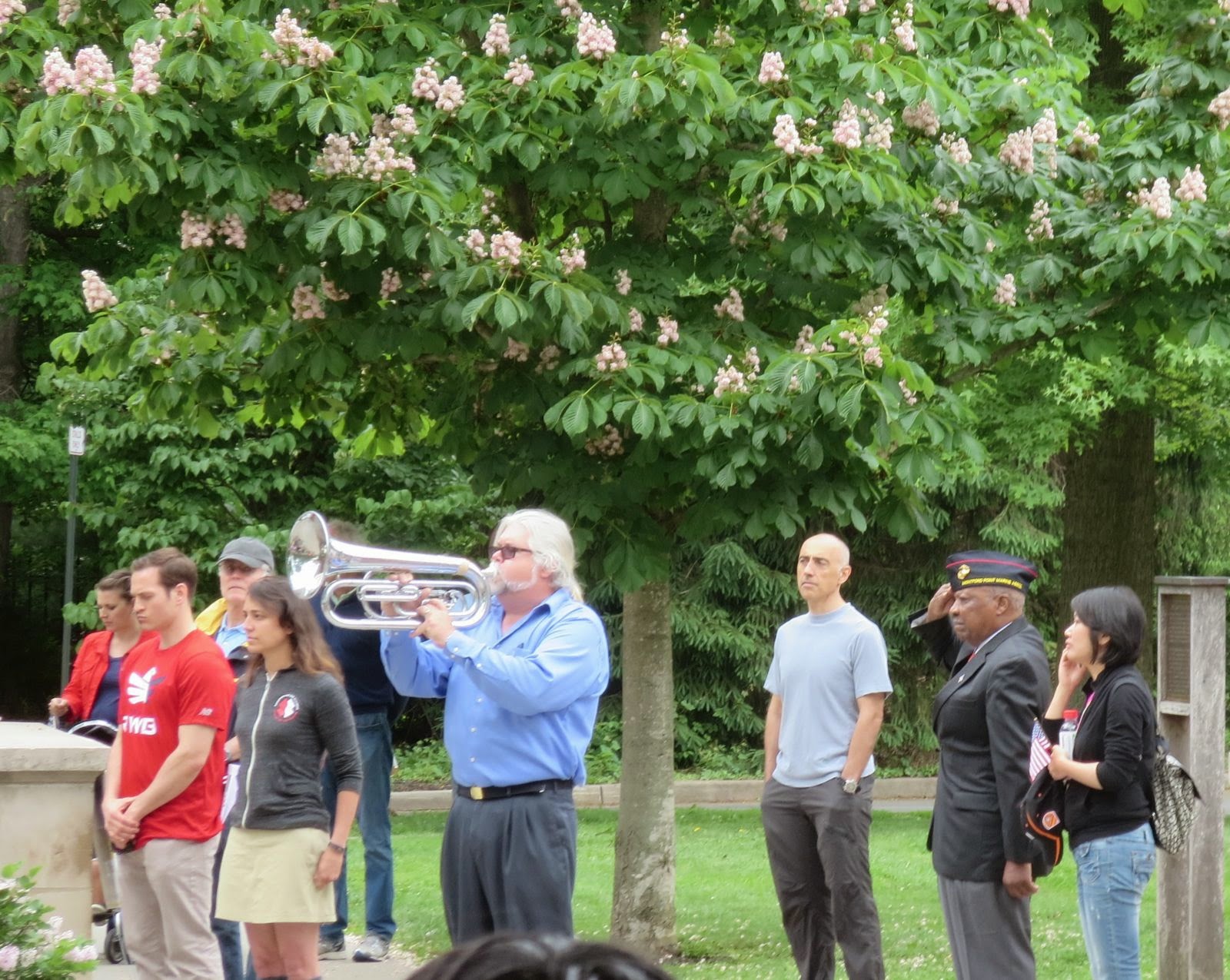 It's almost like someone chose to plant horse chestnuts in front of Princeton's Monument Hall knowing that their blooms would coincide with Memorial Day ceremonies. Here, while taps is being played, one of the first African American marines, Wallace C. Holland, Jr, salutes, and fellow veteran and guest speaker Elana Duffy (under the bell of the horn) looks on. 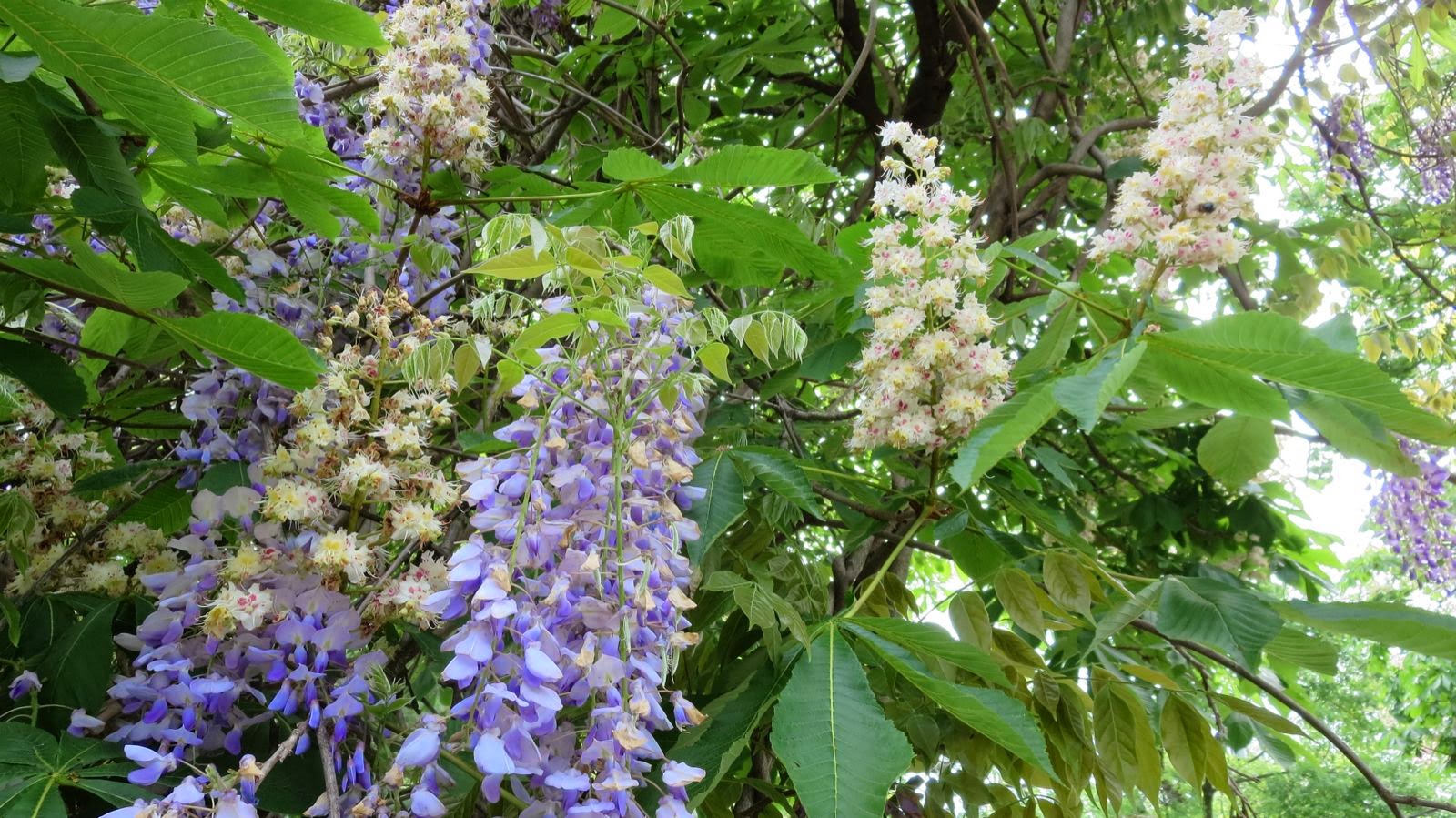 Meanwhile, elsewhere in Princeton, in front of a home where Thomas Jefferson reportedly stayed when Princeton was briefly the nation's capital, another horse chestnut has less in the way of freedom to celebrate. The blue flowers are of a wisteria vine that's been steadily consolidating its claim to the tree's infrastructure. 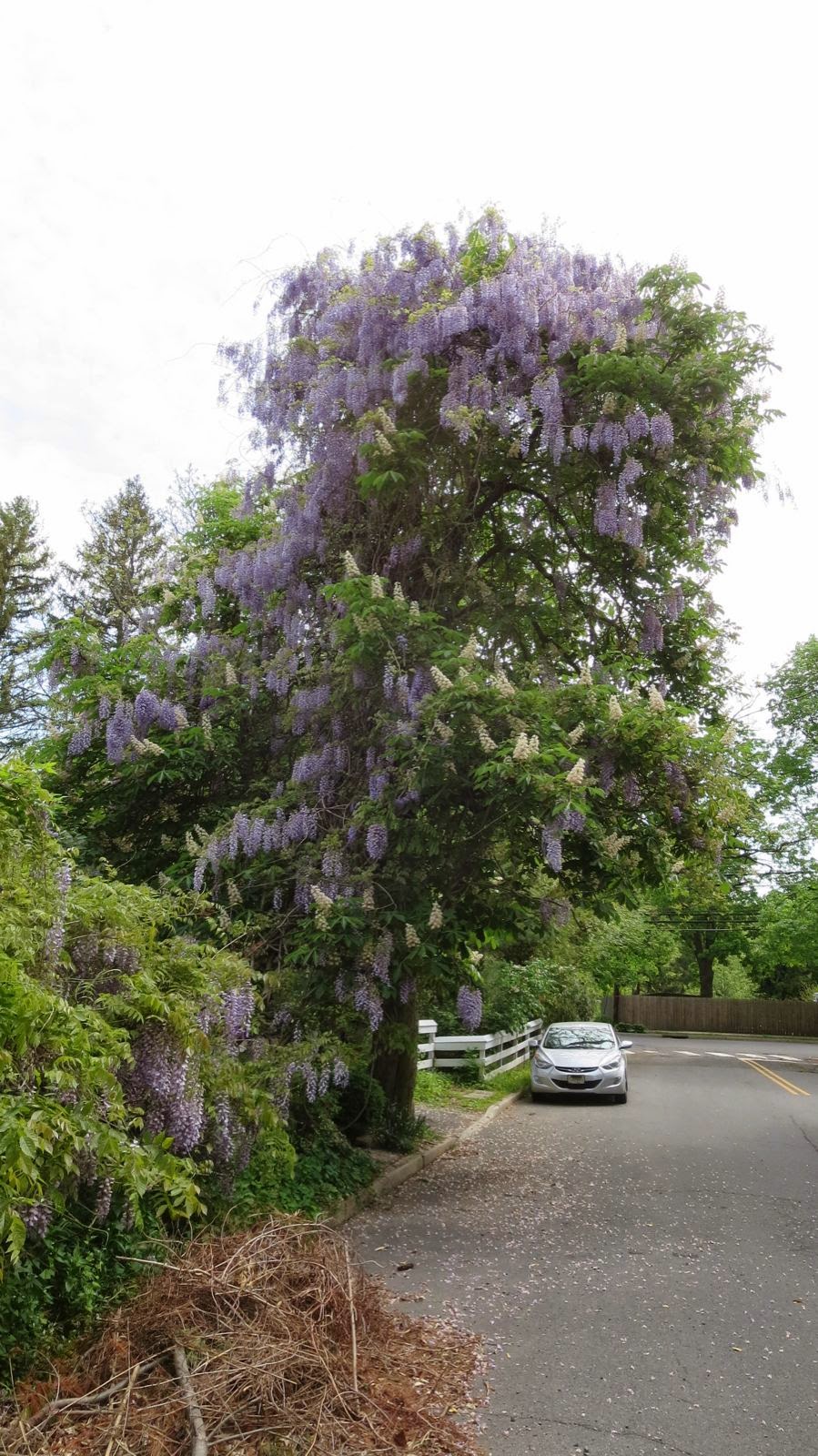 From a distance, the scene looks like this, with the wisteria each year adding weight while reducing the tree's access to solar energy to maintain its strength. The effect is pretty, but we'll see how long the tree can take it. 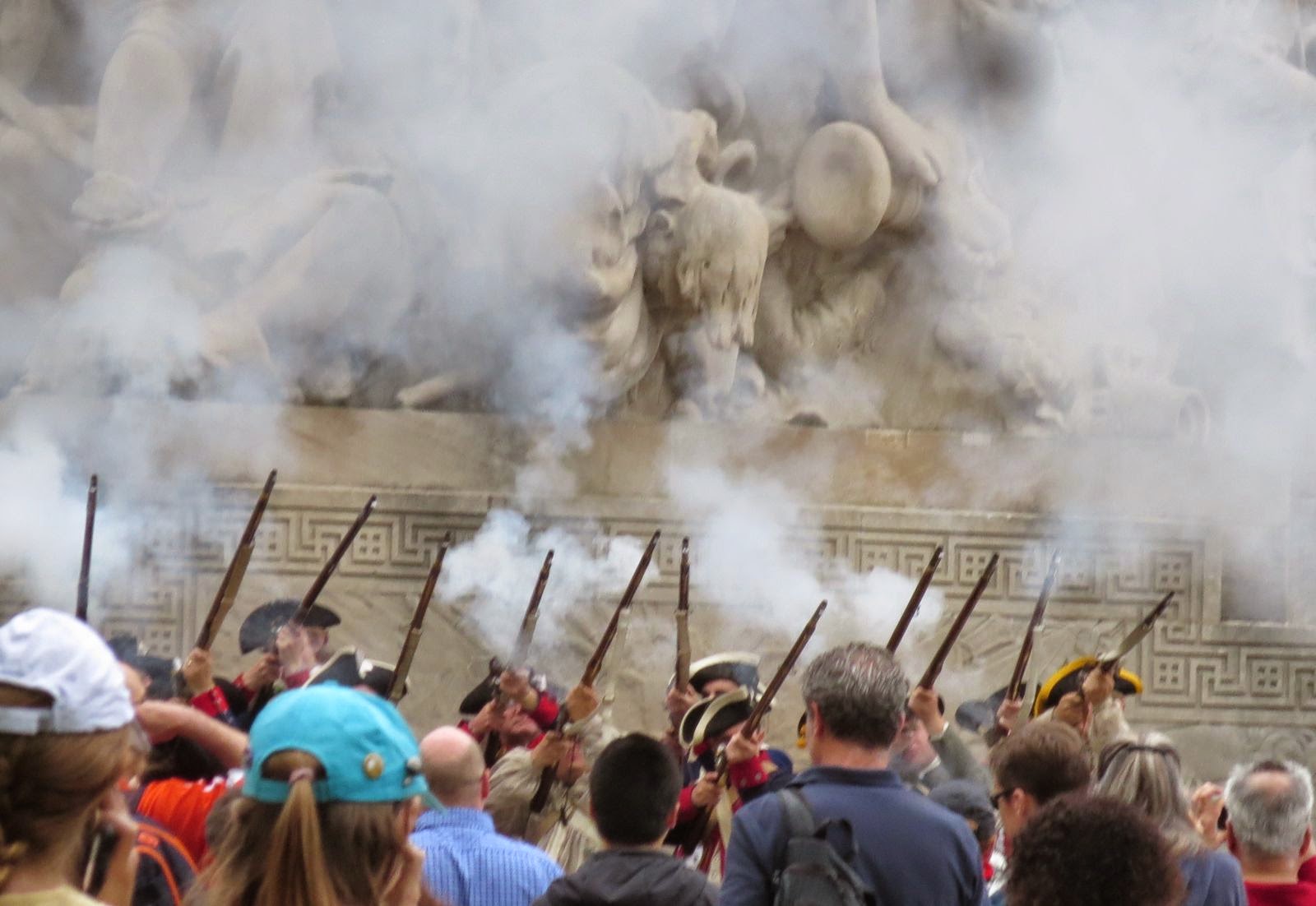 Unlike the American colonies, the tree has no way to free itself of oppression.
Posted by Steve Hiltner at Friday, June 06, 2014