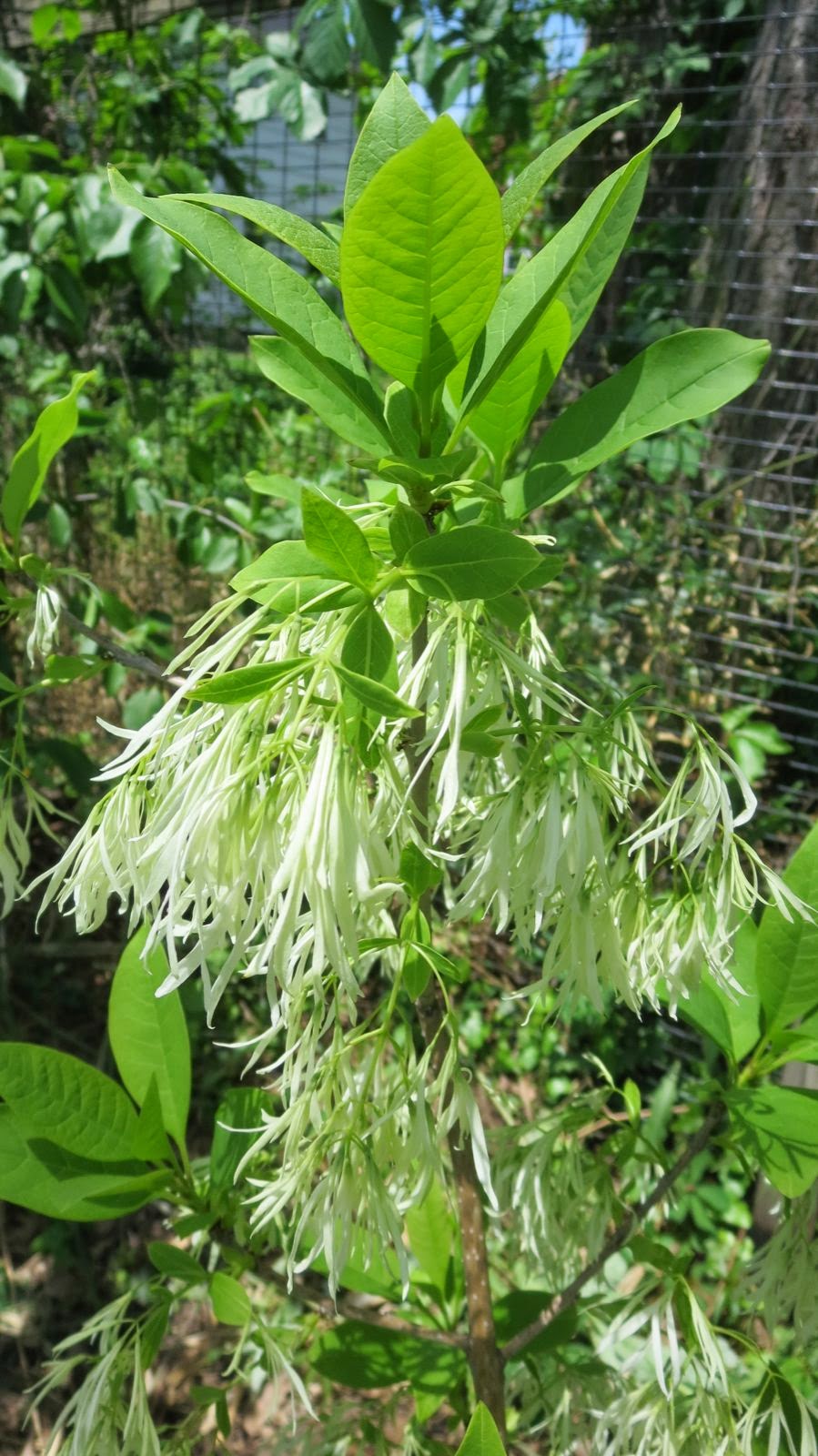 Having first encountered fringe tree in North Carolina, I wondered if one I bought at a nearby nursery would make it through our deeper than usual New Jersey winter. They take their time showing signs of life in the spring, but this one finally burst forth with leaves and lacy white flowers. In time, it will reach the size of a large lilac or small flowering dogwood. 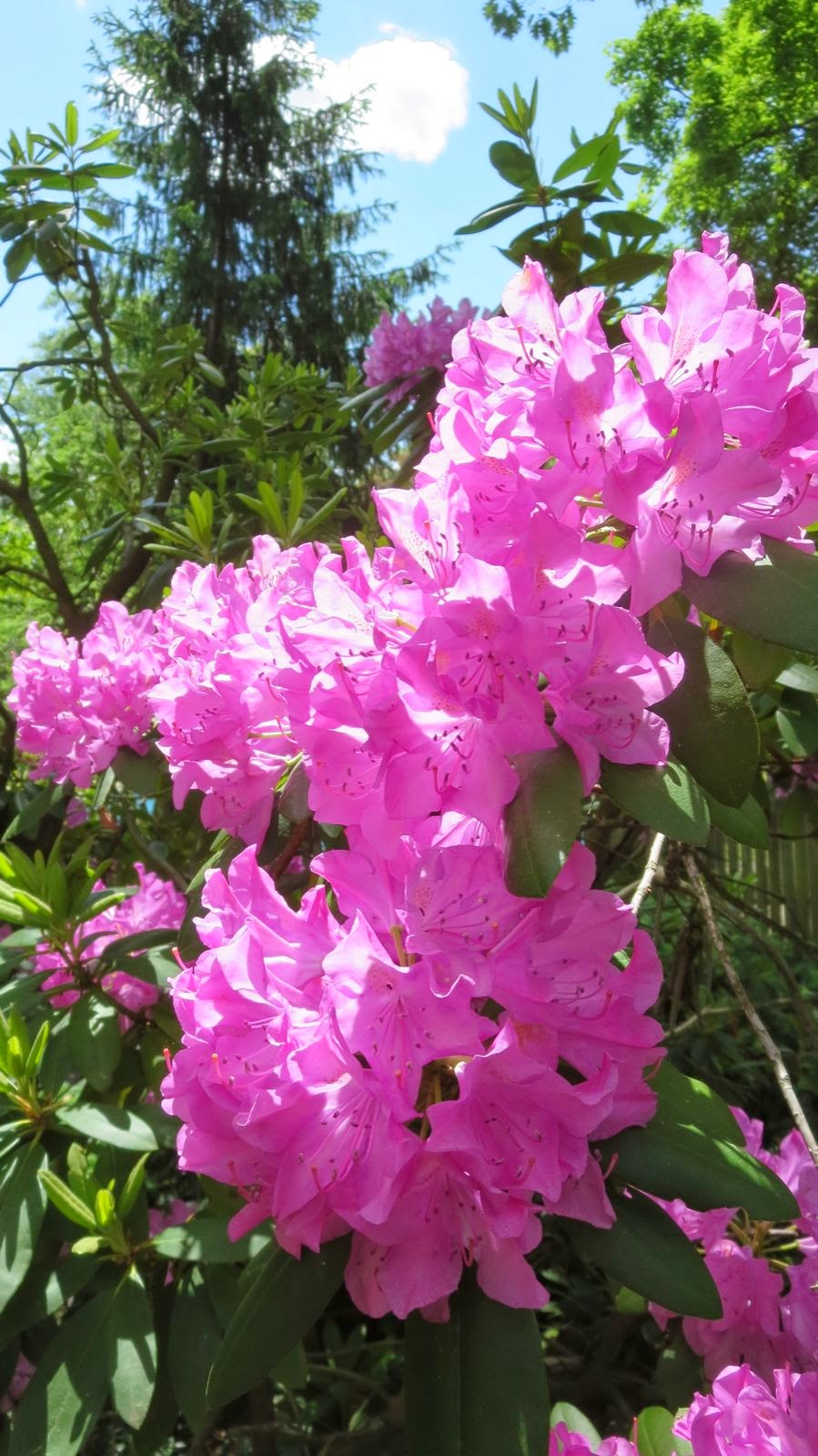 Meanwhile, the Rhododendrons in town, those that made it through the cold and survived the deer, look like big, bold pink dots in the landscape that really could use some sort of foil. The white flowers of black locust are too high up to offer contrast, 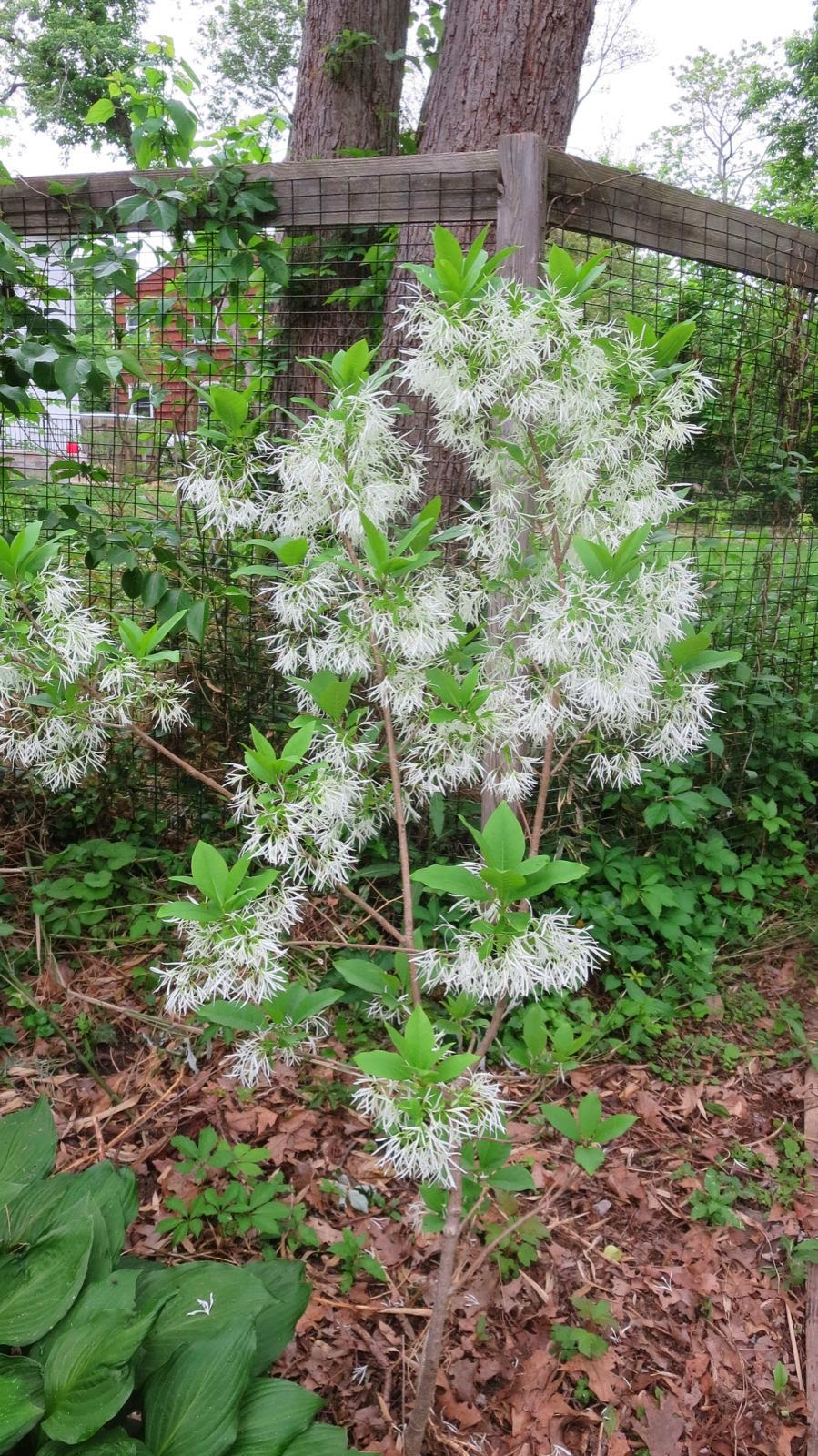 It's dioecious, meaning "two houses", meaning there are male and female plants. The males are said to be somewhat showier. Here's a link for some medicinal aspects.

I've encountered fringetree only once in the wild, which is one time more than some other natives in the horticulture trade, such as oak-leafed hydrangia, bottlebrush buckeye, or purple coneflower. The wild fringe trees were on a north-facing slope in North Carolina, with soils influenced by diabase rock similar to what we find on the Princeton Ridge. Being less exposed to direct sun, soils on a north-facing slope are cooler and slower to dry out.

One approach to gardening with mostly natives is to learn what species a plant like fringe-tree is likely to be found with in the wild, then bring some of those species together in the yard. It can be satisfying to have a plant growing in the context of its natural associations, as art museums do when they display a painting not in isolation but in the cultural context within which it was created. Or, one can think more in terms of color and timing, using the fringe tree as well-timed pink relief in a neighborhood dotted with Rhododendrons.