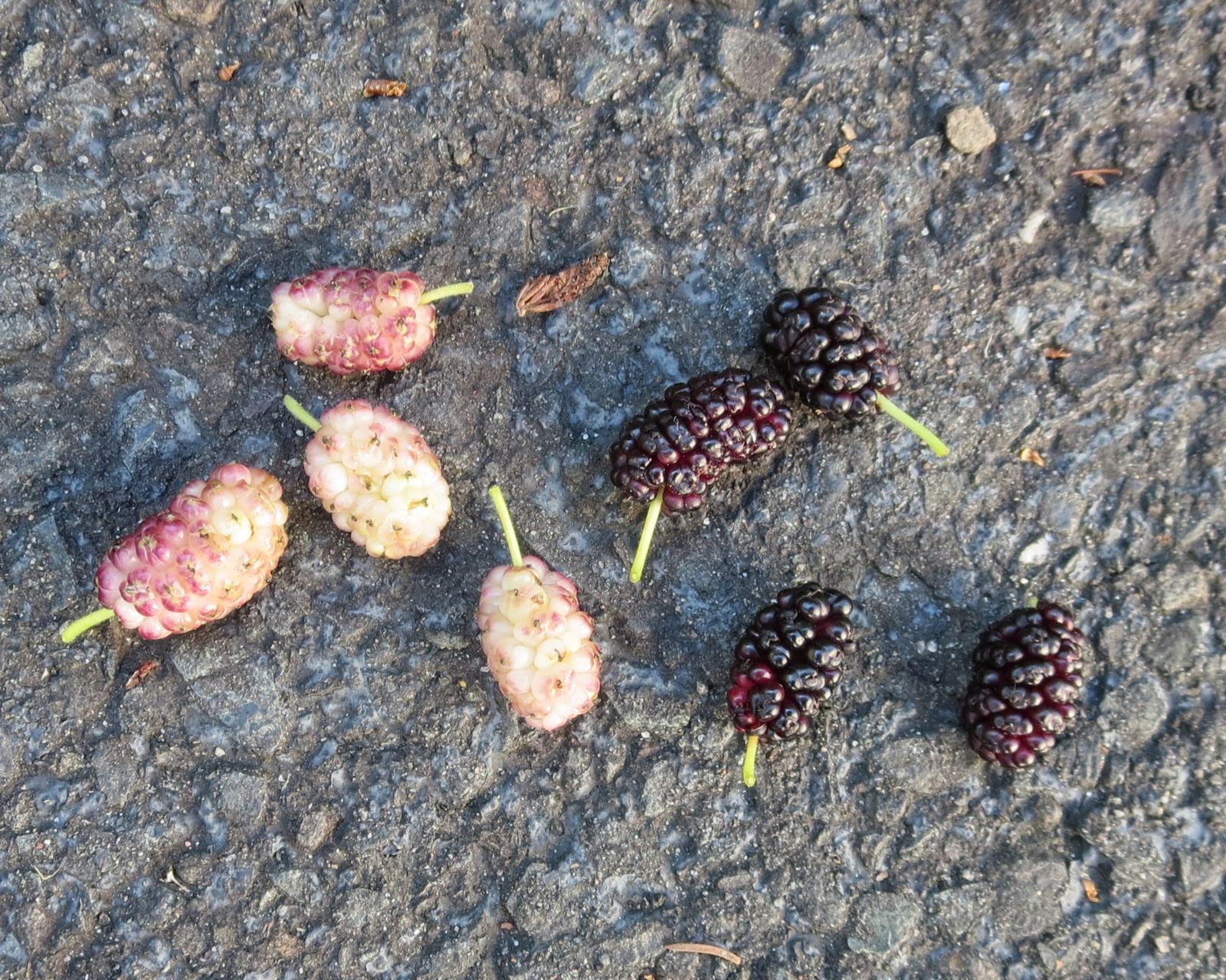 It's easy to tell white mulberry trees from red this time of year. Just look at the berries, perhaps while gorging upon them.

But what if a friend wants to find a young mulberry tree, before fruiting age, to dig up and plant in his yard, and prefers the native red (Morus rubra) over the introduced white (Morus alba)? 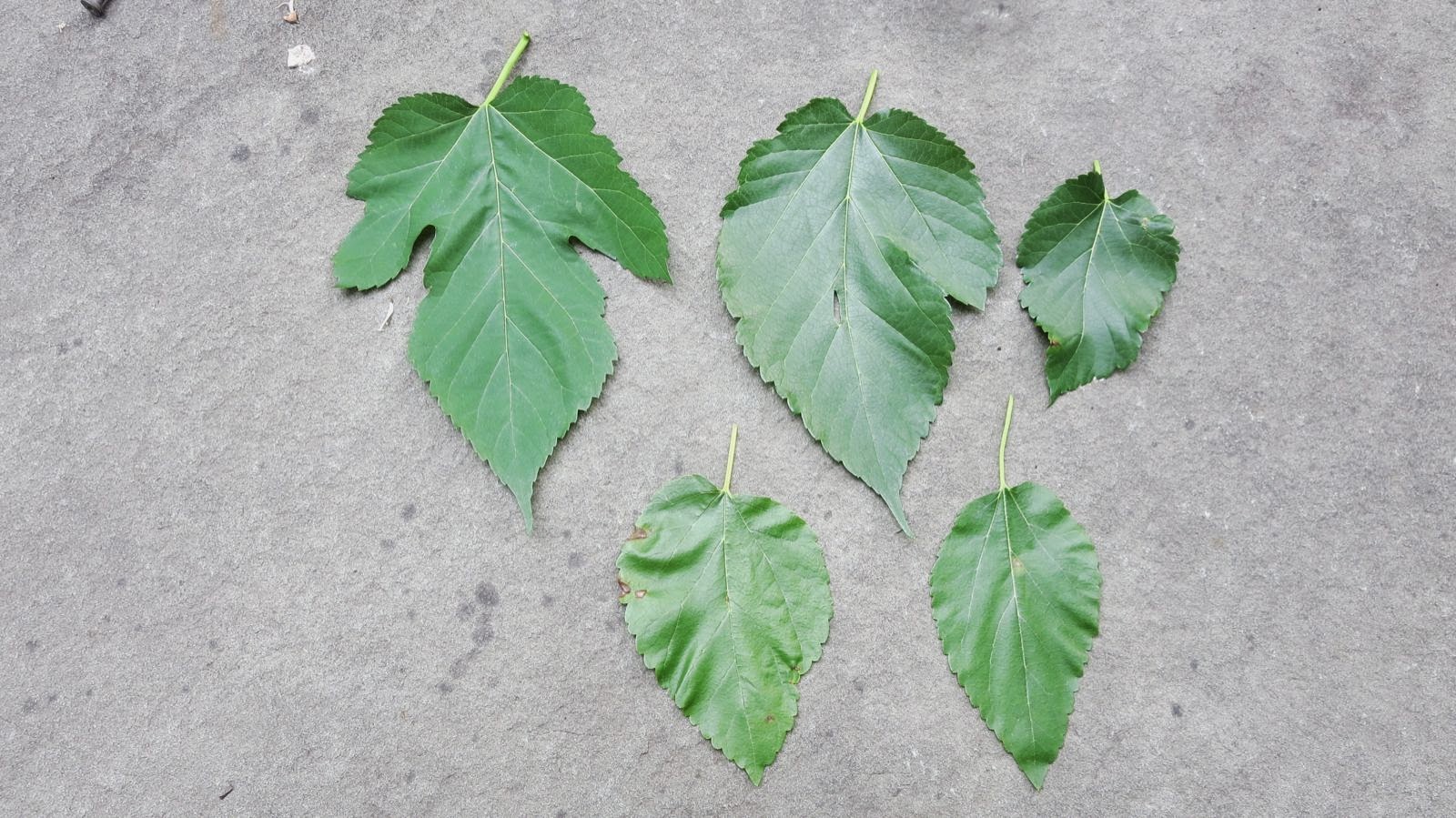 This led to a bit of scouting around, both on the internet and in the neighborhood. At first, I thought I had an easy distinction. The red mulberry's leaves come in three shapes, with two lobes, one lobe, or none, just like sassafras leaves. But then my friend sent this link that shows the white mulberries have the same variation. 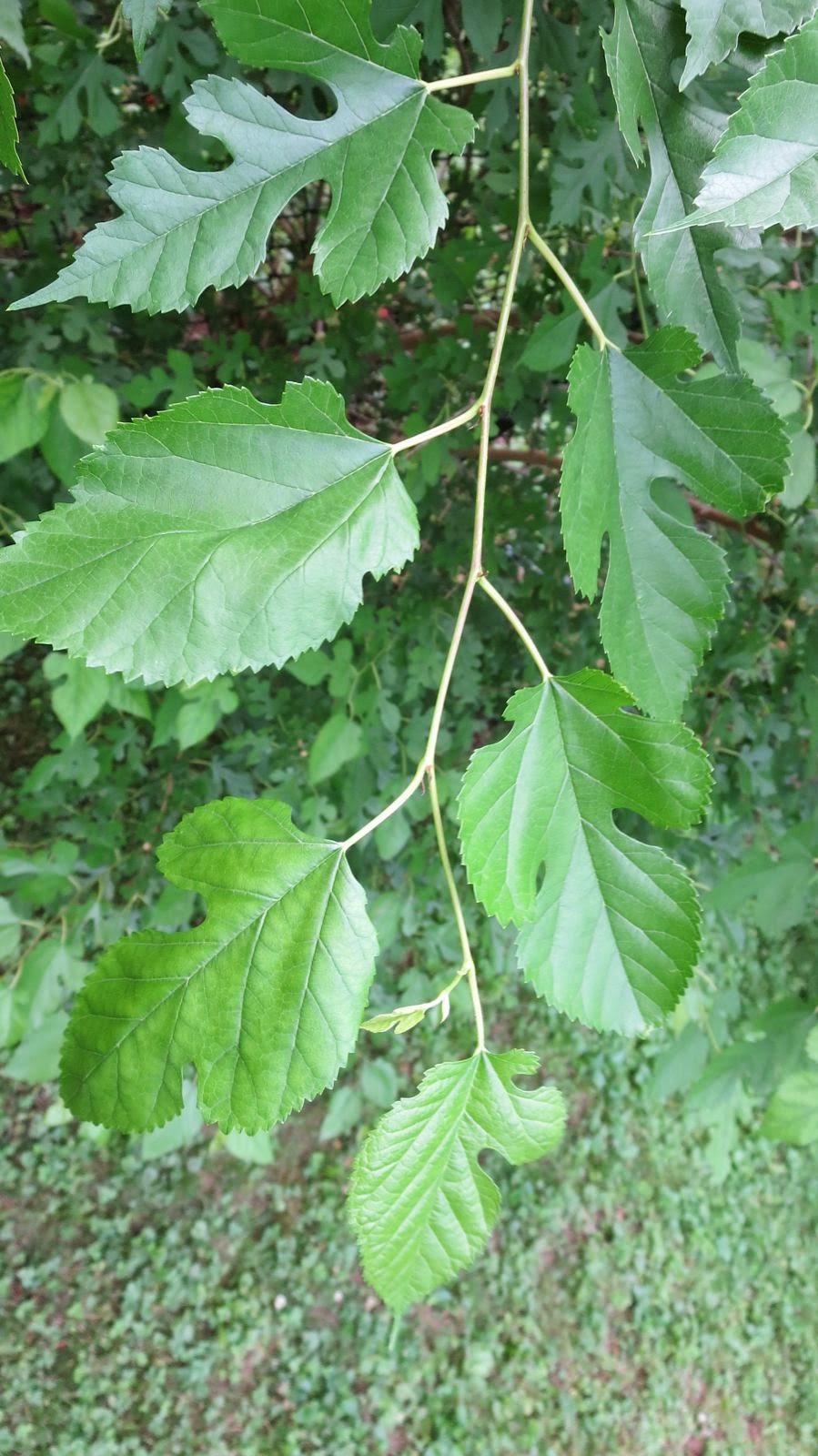 Here you can see all three shapes on one branch of what is probably a red mulberry. 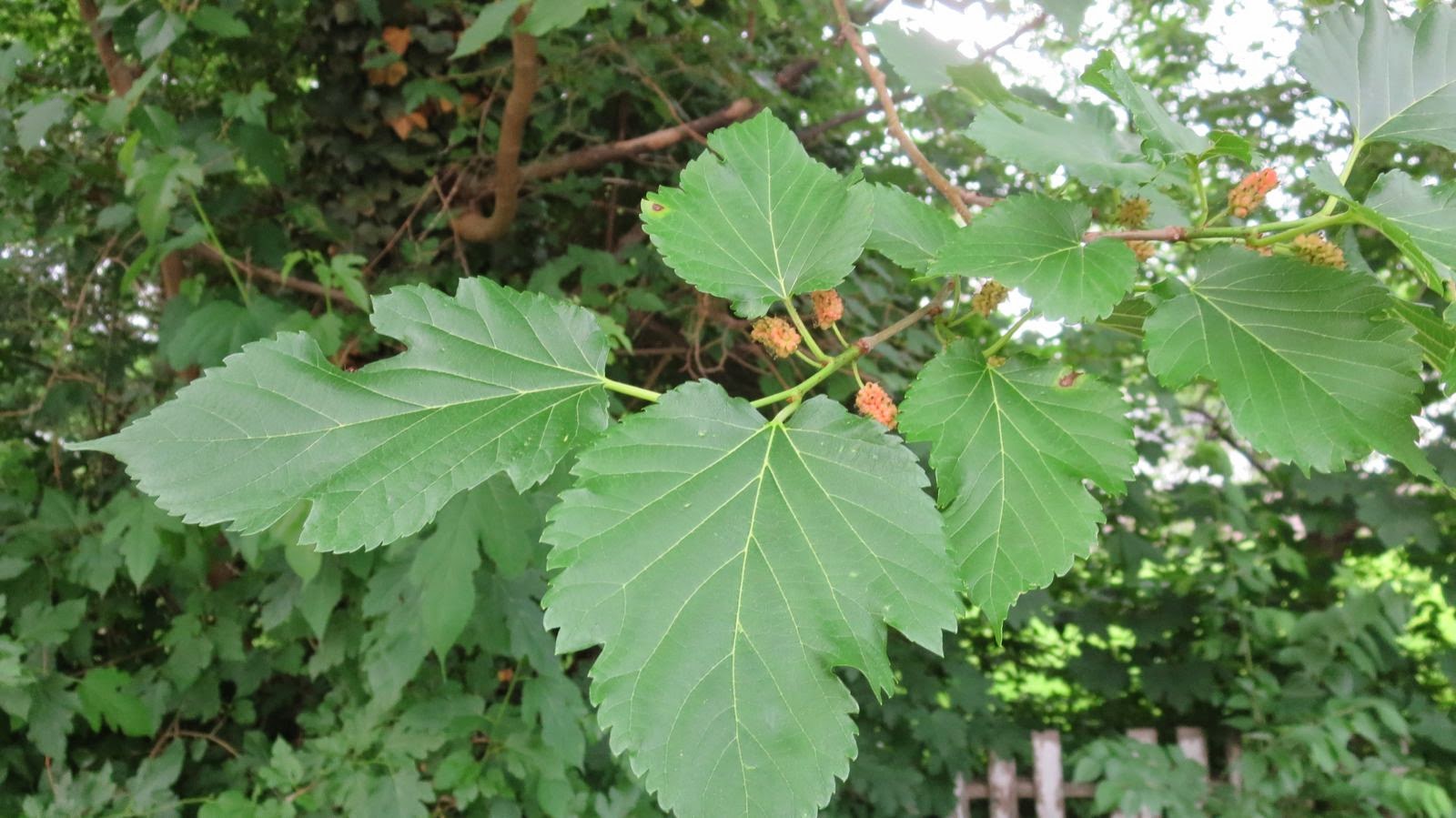 This known red mulberry with unripe fruit appears to have larger, duller leaves, 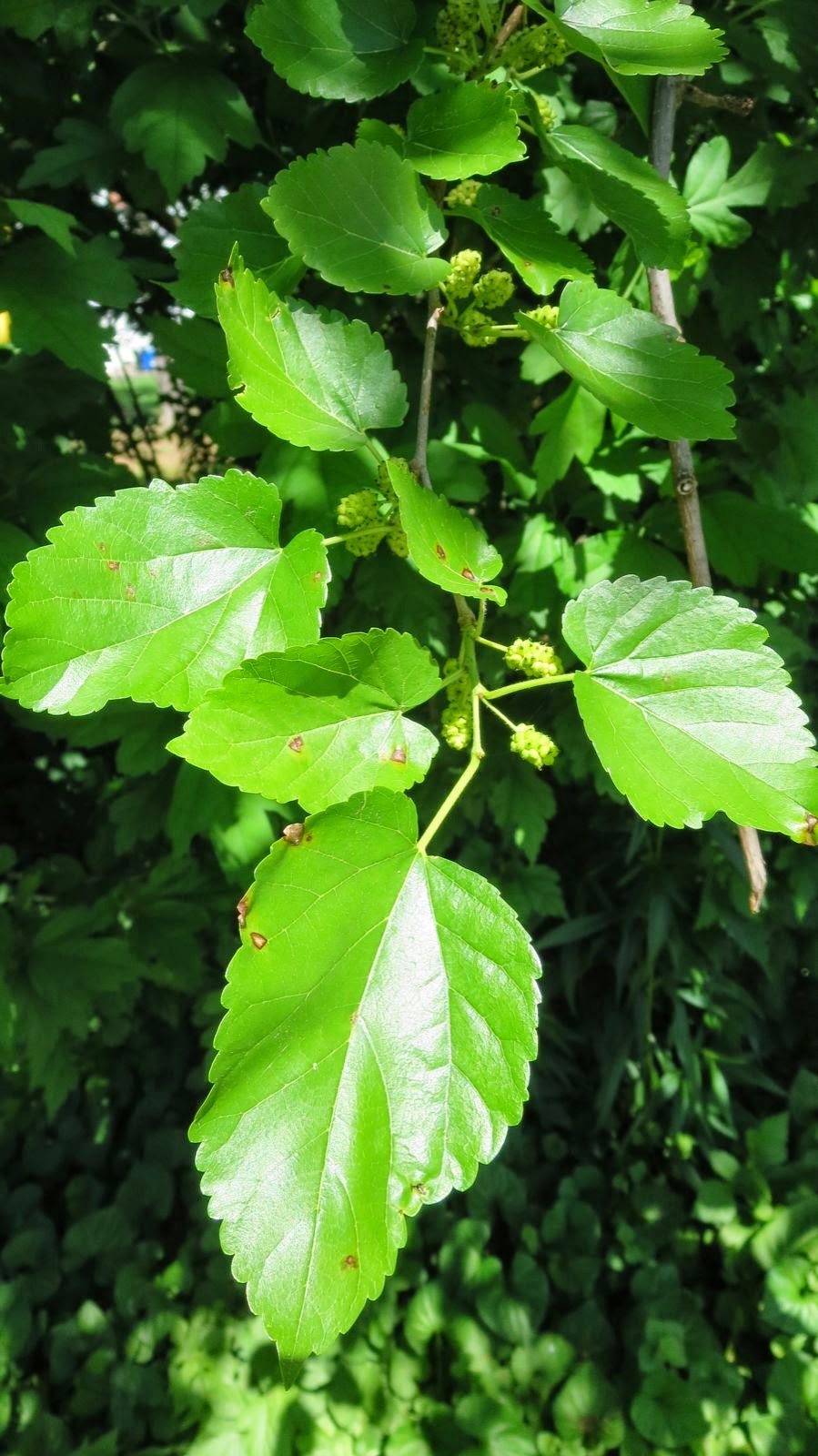 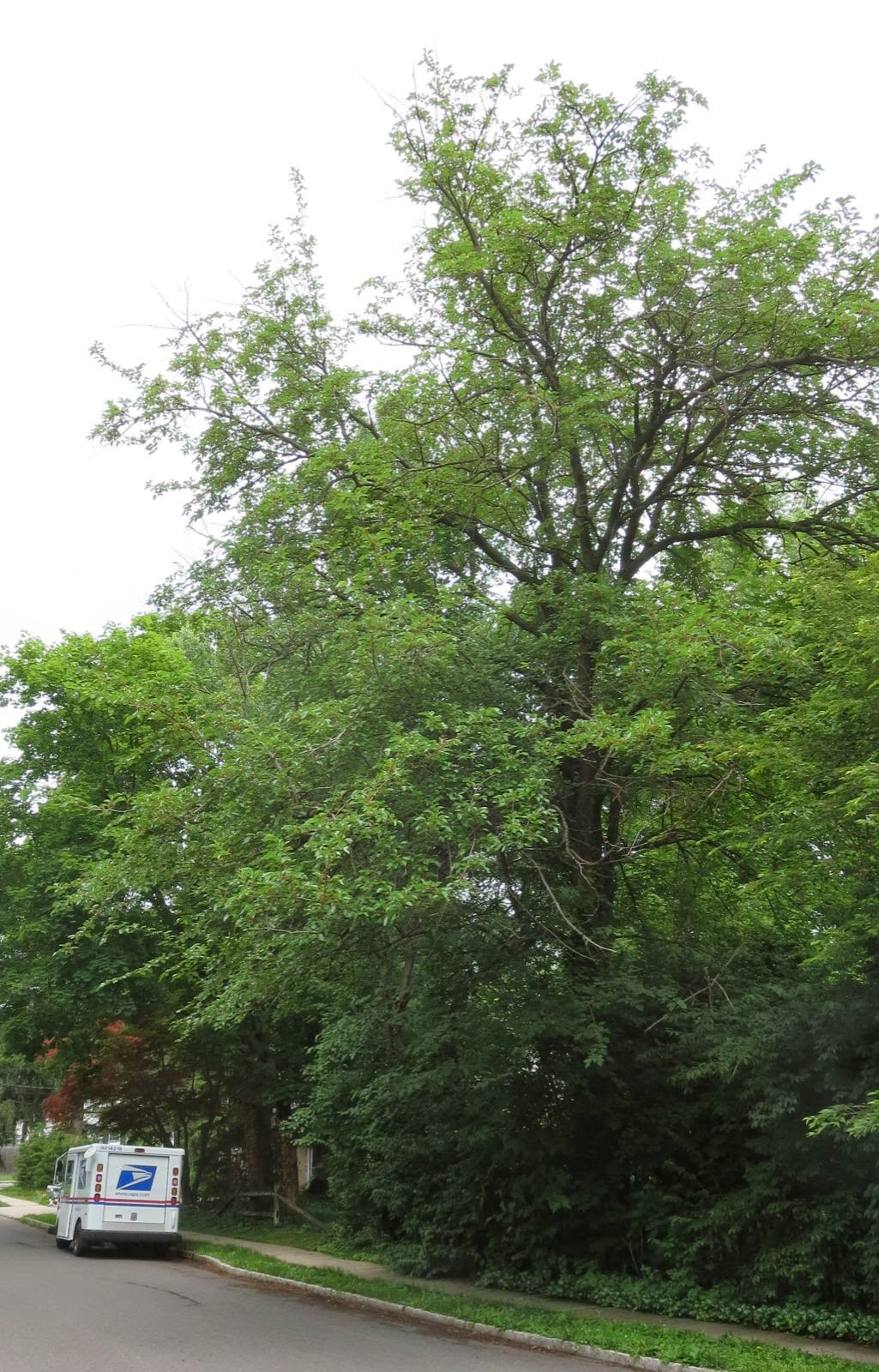 Red mulberries can get bigger than white mulberries, and can tolerate more shade. 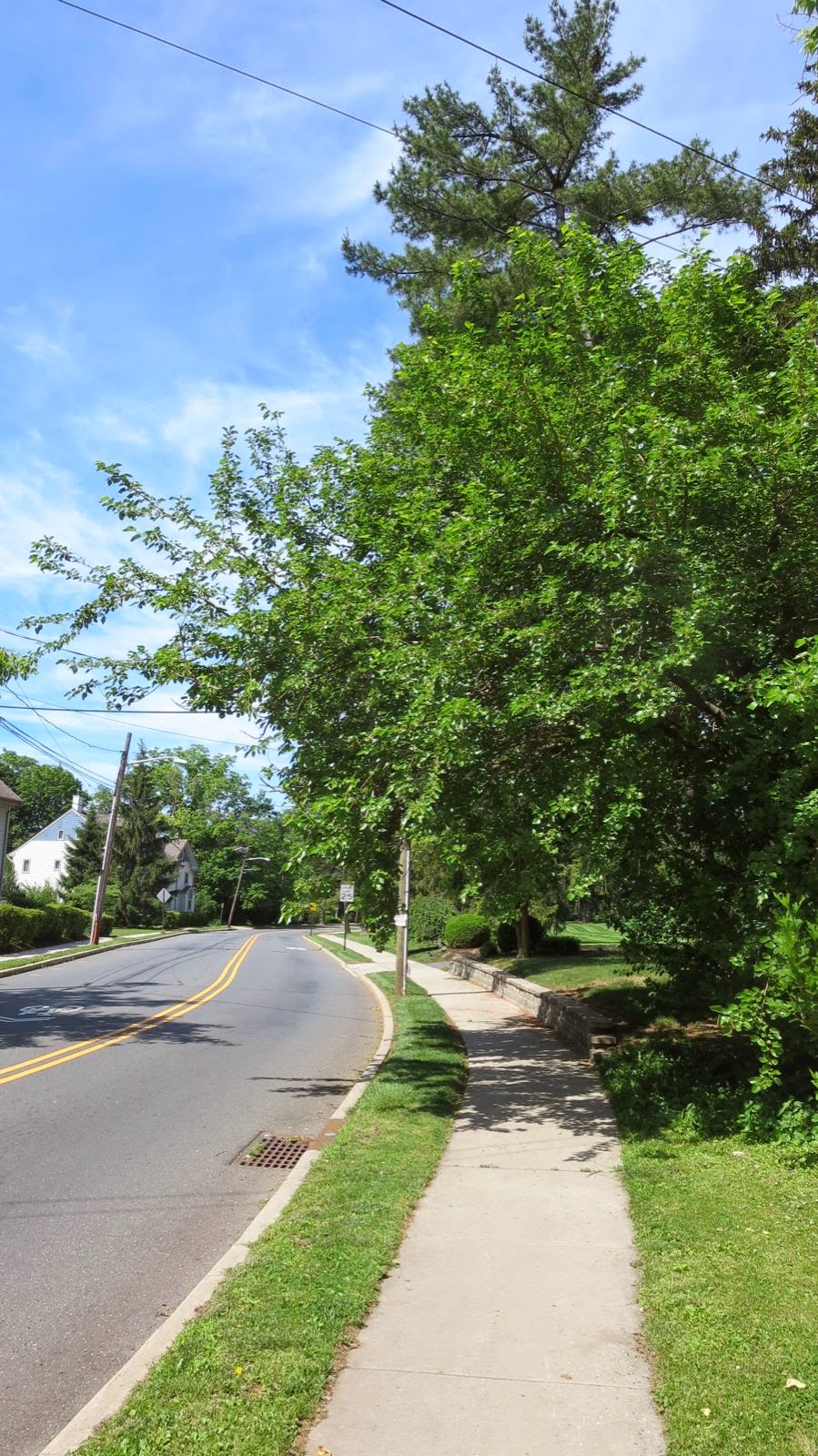 Here's a white mulberry that's appropriately smaller than the red mulberry in the prior photo, and is thriving in full sun along Hamilton Ave. Sometimes reality conforms to expectations.

In addition, you may find that the teeth running along the edge of white mulberry leaves are more rounded than those on red mulberries.

Even with all of these subtle differences, natural variation and hybridization may leave any tree's identity in doubt until it bears fruit. But that's what botany is about. It sharpens the mind by forcing one to look more closely and reach for subtle distinctions. And it can even cause one to ponder the deeper issues of life, like why such a delicious berry, as with so many things nature delivers, becomes devalued due to its abundance and lack of a pricetag.
Posted by Steve Hiltner at Monday, June 16, 2014