It looked like nature was going to steal the show on July 2nd. The sky that evening was supposed to be reserved for Princeton's fireworks display, but nature didn't get the memo and showed up for open-stage night with a very impressive light show and sound effects. Nature proved once again it can be a brilliant performer, but remains stubbornly improvisational, refusing to stick to a schedule, or observe our own. Fireworks are more dependable, and can work hard to impress with light and din, but we were reminded that there's nothing like a good thunderclap at close range to send a jolt of awe and trepidation through the nervous system. It's a sustainable form of fireworks--no mined chemicals needed, no fossil fuels. There's some danger involved, but usually it leaves in its wake nothing more than a pleasing aroma of ionized air to sooth our rattled nerves.

And, of course, a bit of rain, which proved handy for upstream Princeton, nicely cleaning off the streets and quenching the thirst of gardens. 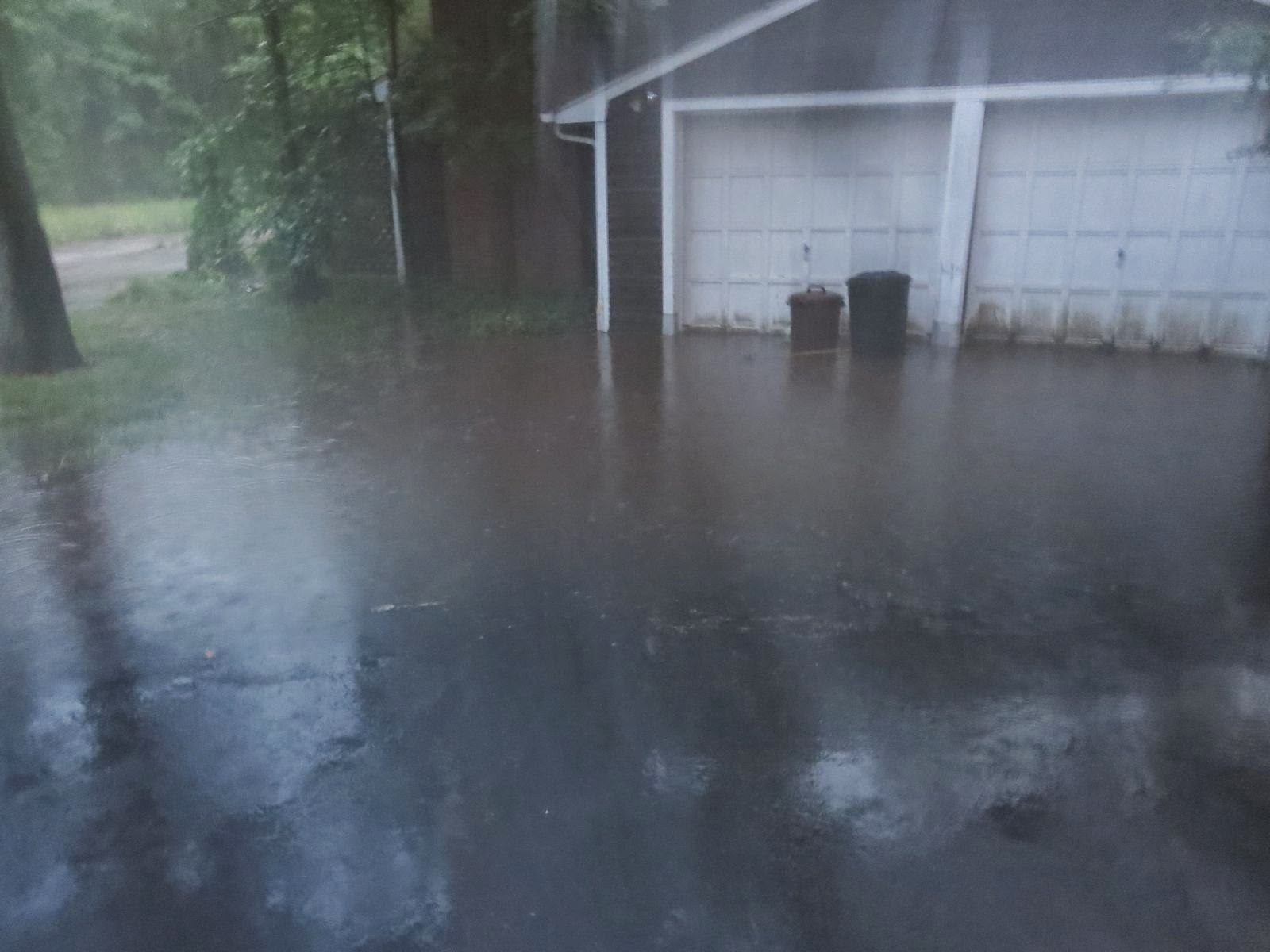 Downstream Princeton did not fare as well. Down where Meadowbrook Lane meets Braeburn Drive, the flooding was as flashy as the lightshow. This is "the flood house", at 59 Meadowbrook, the rental that town council recently voted to buy (mostly with federal funds) and tear down. 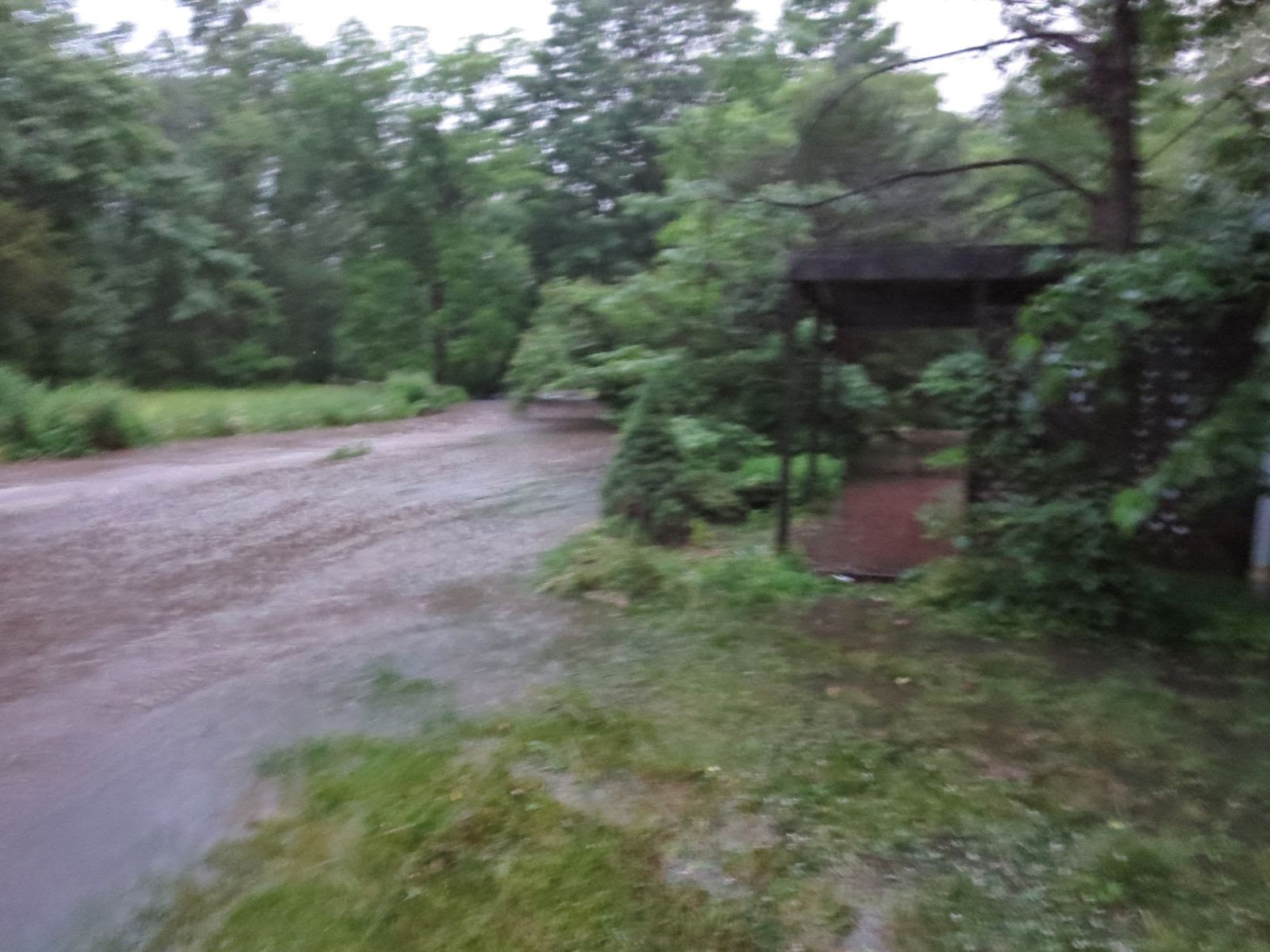 You can see that the house (its patio is on the right in the photo) was built a wee bit too close to Harry's Brook. Whatever regulatory lapse long ago allowed the construction of the house at that location has triggered over the years a flood of FEMA money flowing out of federal coffers to deal with the resultant mess. More on that at this link. On this 4th of July, we can celebrate the sorts of regulations that make it less likely that the public sector will get called in to clean up problems created by private entities. 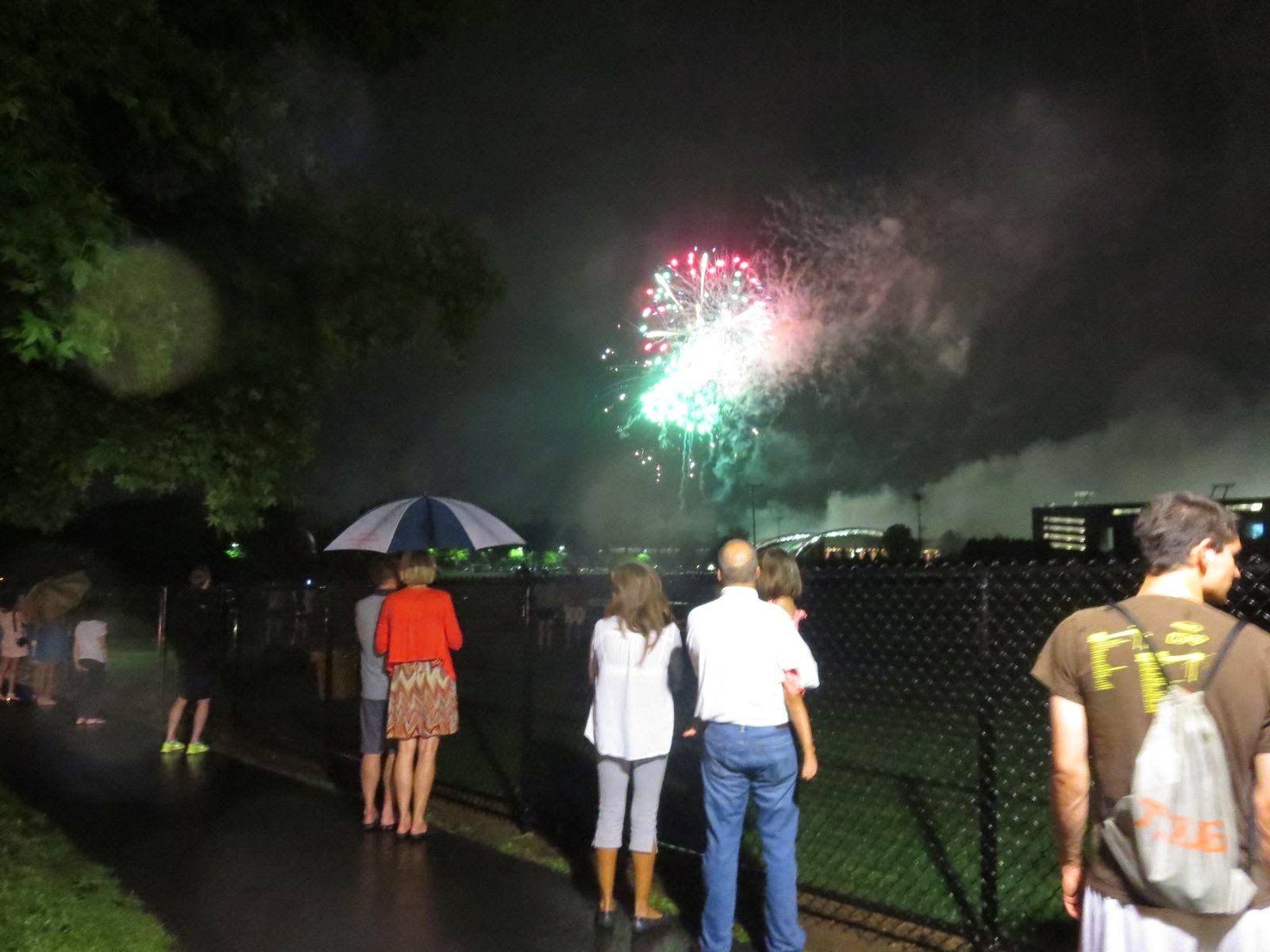 While the pulse of stormwater continued on its way to Carnegie Lake, upstream Princeton's fireworks rose improbably in the light mist, delayed but not deterred, their detonations ringing through the neighborhoods and drawing the more adventurous down to the athletic fields for a view. In a populace so saturated with highly visual electronic stimuli, fireworks don't hold the same allure they once did. I've heard tales of the '70s, when Princetonians are said to have gathered in large numbers on the green, bringing lavish table settings, dining while serenaded by symphonies, all as prelude to the fireworks at nightfall. Some of this may still endure. Before the storm hit, strains of Souza and Gustav Holtz drifted into my backyard garden from the direction of the fields. Still, something's changed. In our 21st century version, even among those of us who ventured out, many were experiencing the fireworks as much through their iPhones and iPads as by looking directly up at the fireworks themselves.