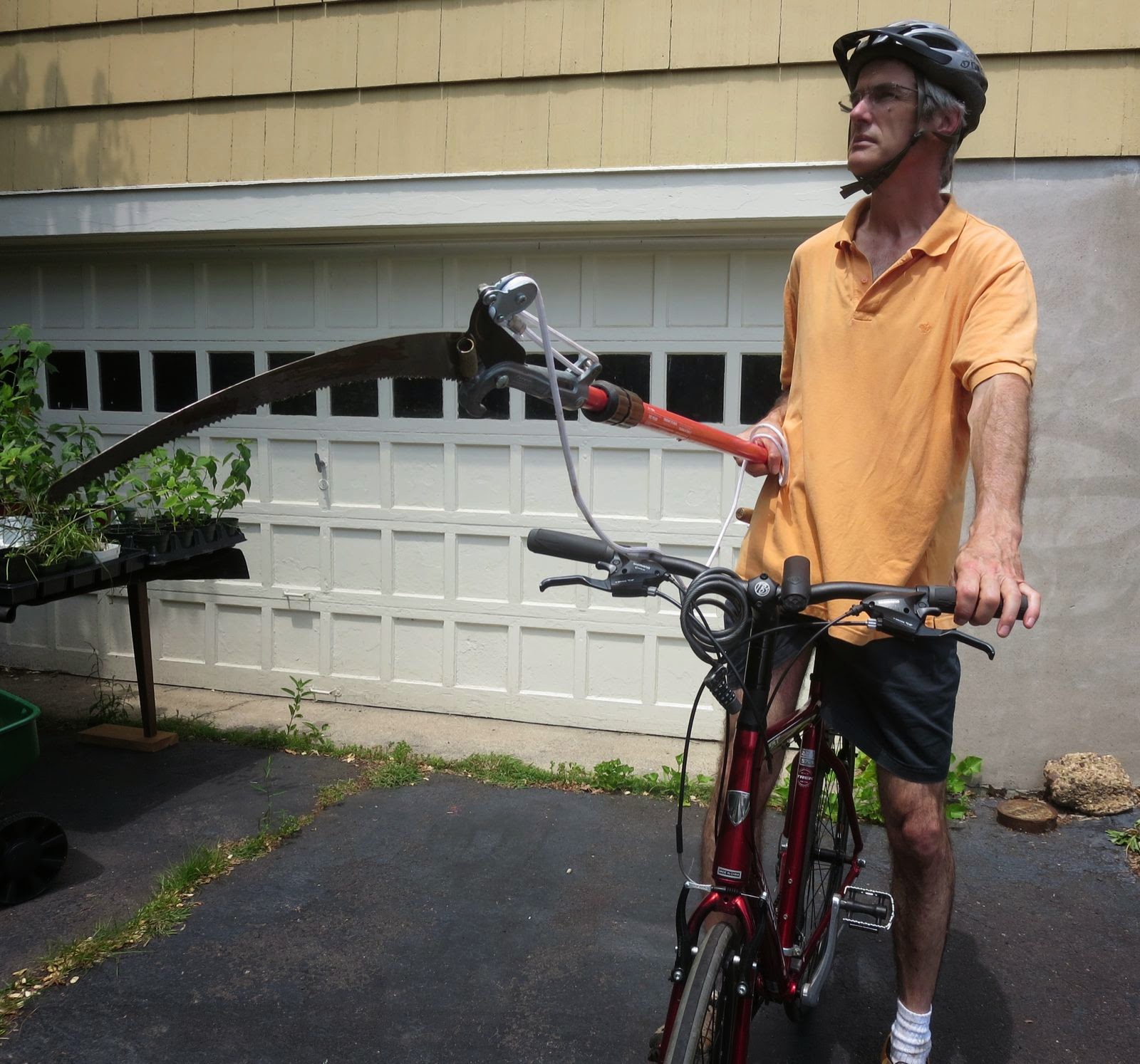 As someone highly empathic towards plants, I woke up today sensing that something was amiss. Somewhere, a native pawpaw was being shaded out by a Norway maple. Now, I like Norway, and I like maples, but a Norway maple tends to sprout unasked along the fencelines of our fair town, then cast its over-the-top stifling shade upon all hapless plantlife that, through no fault of its own, happens to be growing nearby. Many plants suffer in silence. In fact, just about all of them do, if they happen to be suffering, and it's up to those of us bestowed with special powers, caring, and knowledge to act for their welfare. The situation is all the more dire when a pawpaw is not getting enough light to make flowers and bear that delicious tropical-tasting fruit. 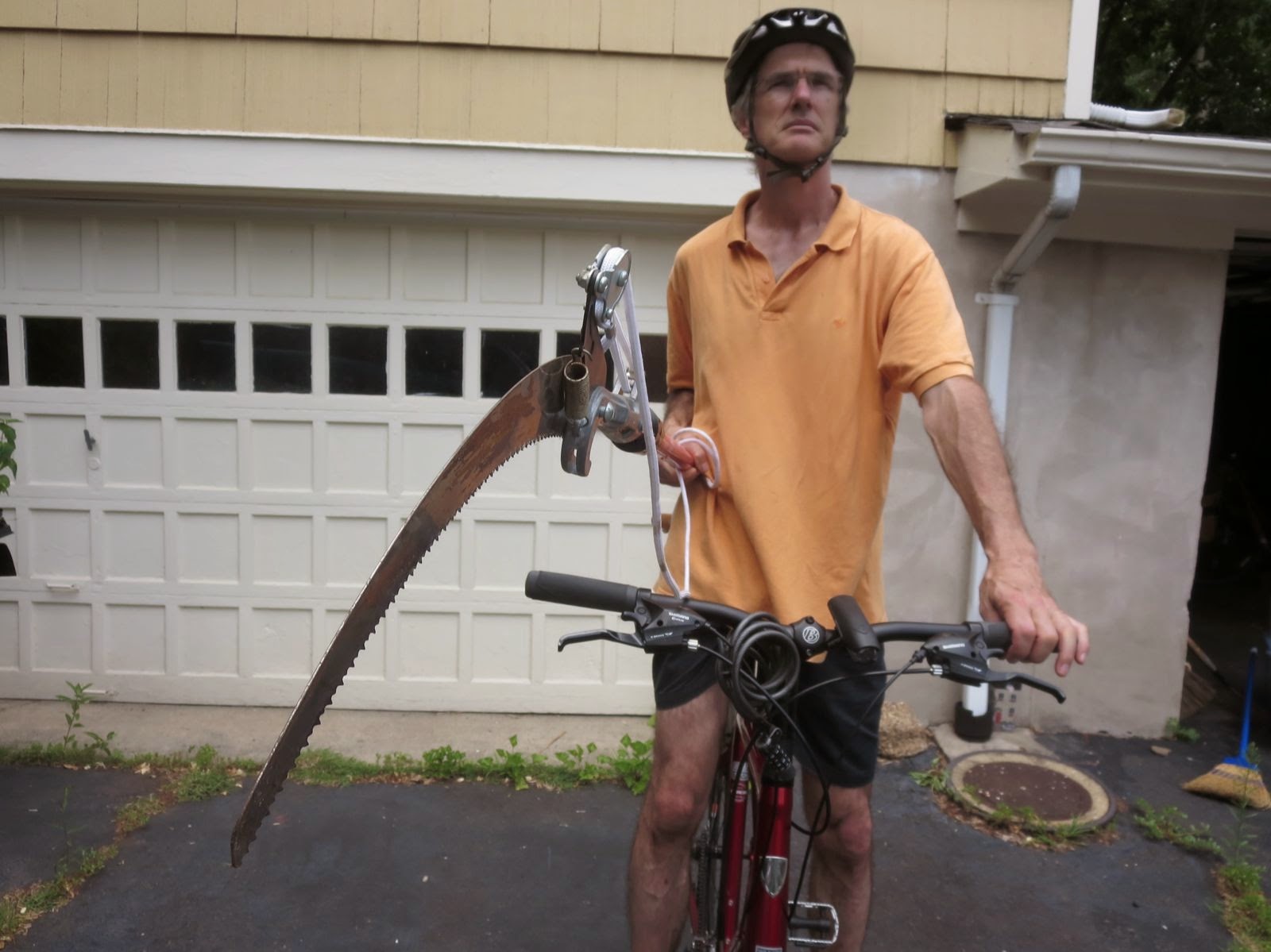 As the founder of the Sustainable PawPaw Liberation Service, it's my job and perhaps solemn duty to rescue pawpaws in distress. A deep commitment to botanical justice and increased pawpaw productivity moves me at times like this to finally stop posing in front of my garage with my pawpaw liberation saw, 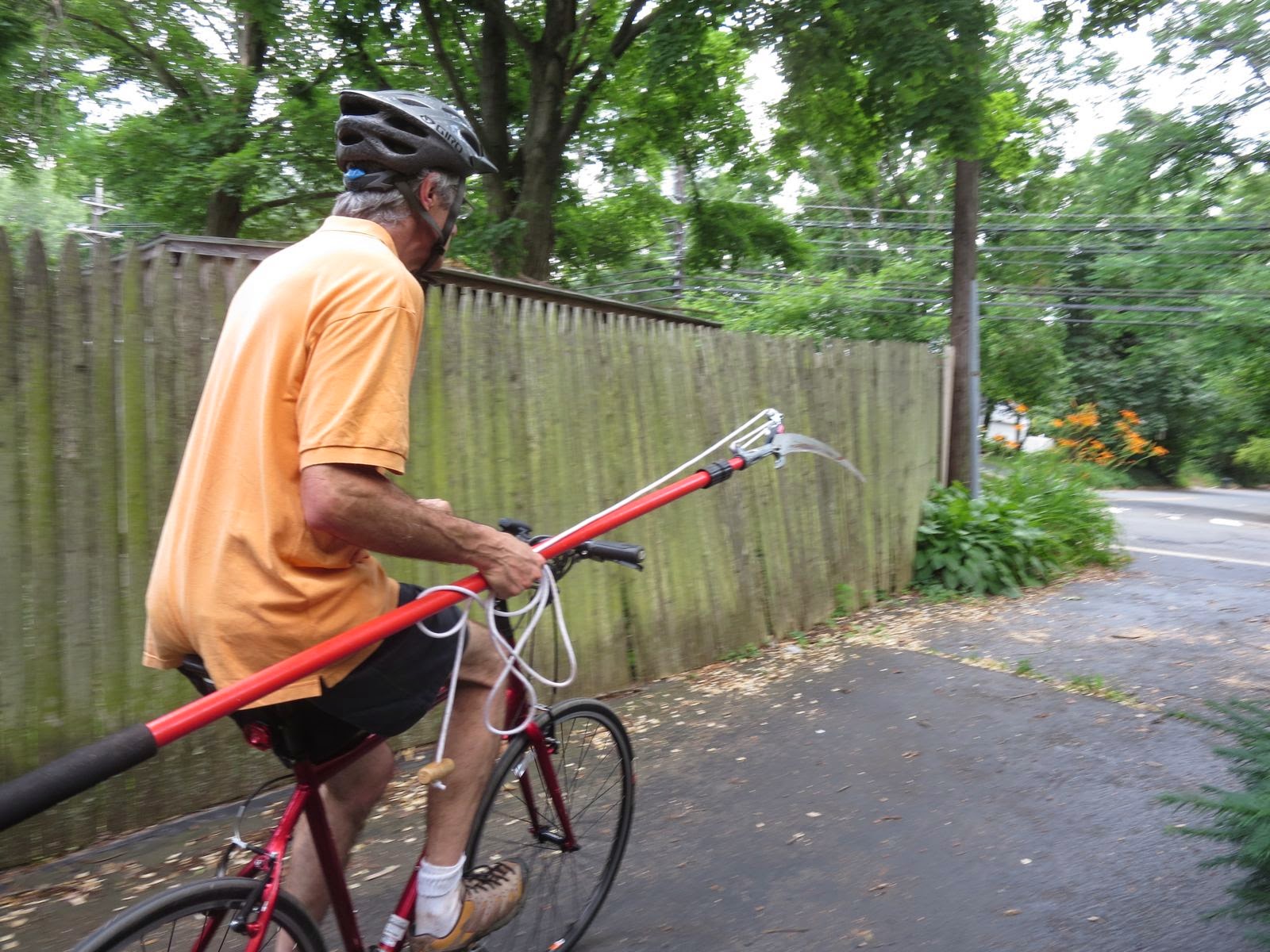 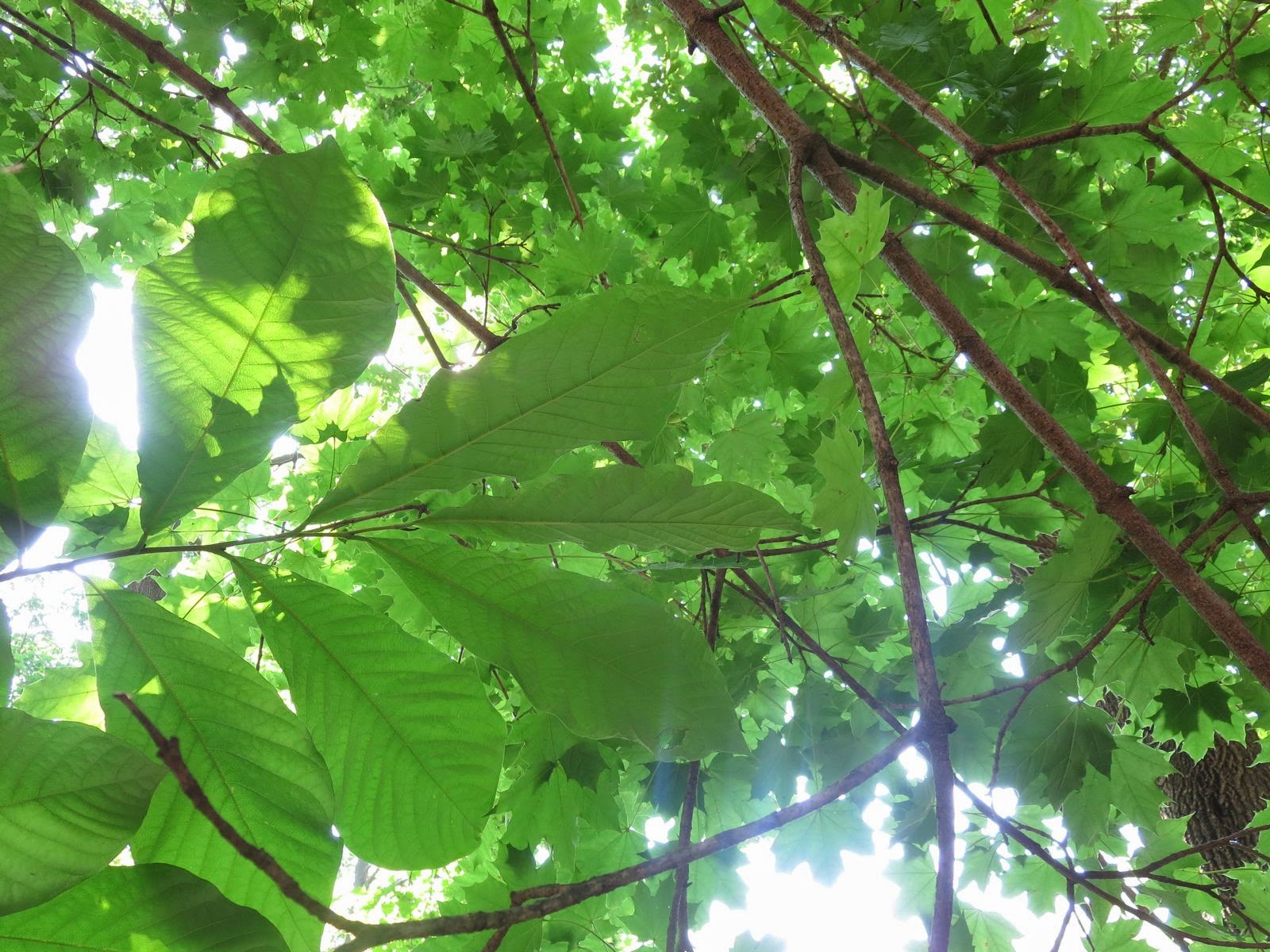 I arrived on the scene without a second to lose, although if I'd waited a week it probably wouldn't have made much difference. Just as I suspected, a friend's pawpaw was being heavily shaded by a Norway maple. The pawpaw's endearingly obovate leaves were literally, or at least laterally, crying out for sunshine. 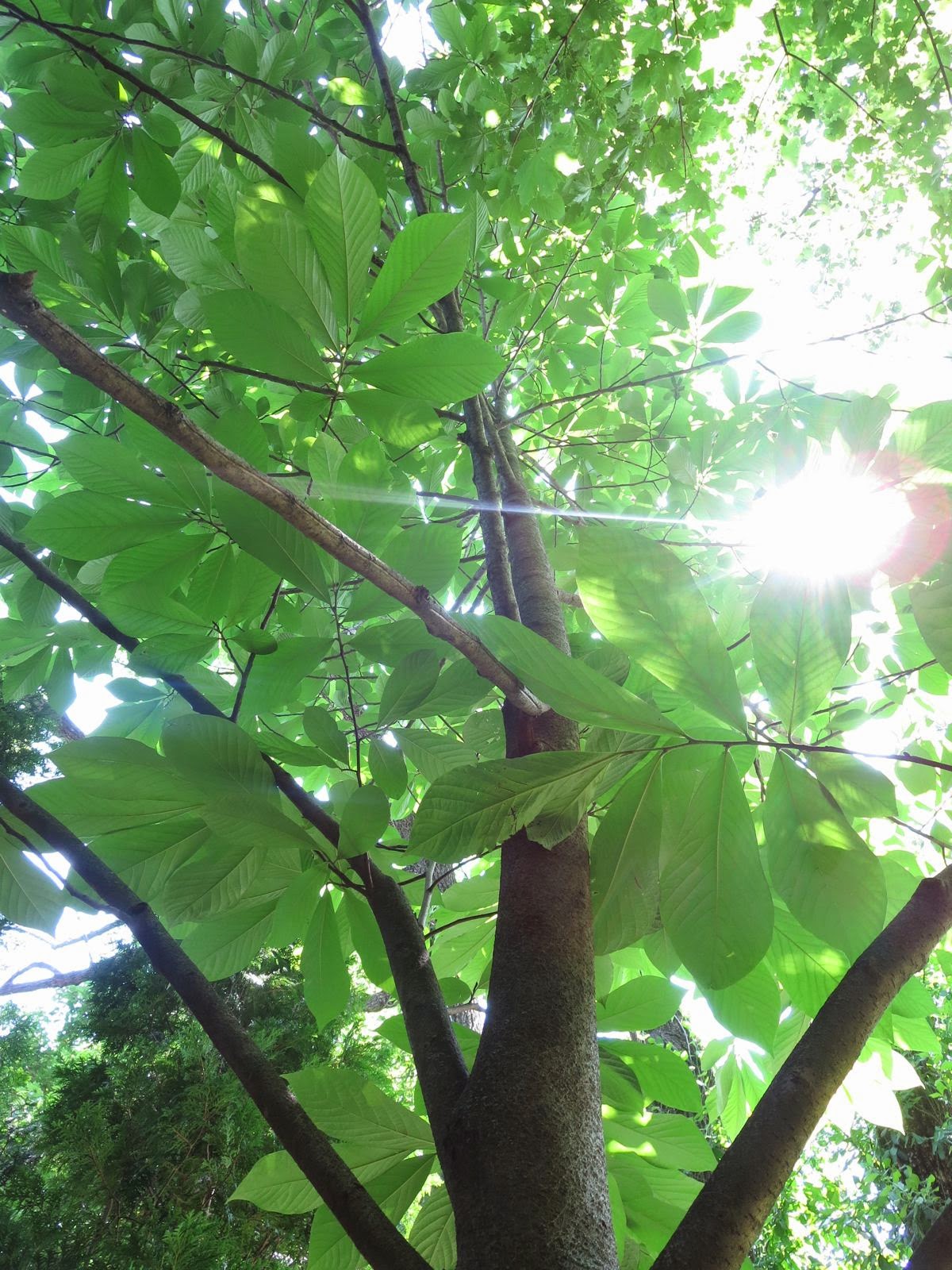 Elsewhere in the yard, its faithful companion pawpaw, long liberated, kissed by sunshine and now thirty feet high, had borne most nobly a thousand blooms this spring just past, yet for lack of a companion to cross--pollinate with, it had not one fruit to show for it. Clearly, action was needed so that this fine upstanding couple might share their pollen and bear most heavily many a pawpaw in years to come. 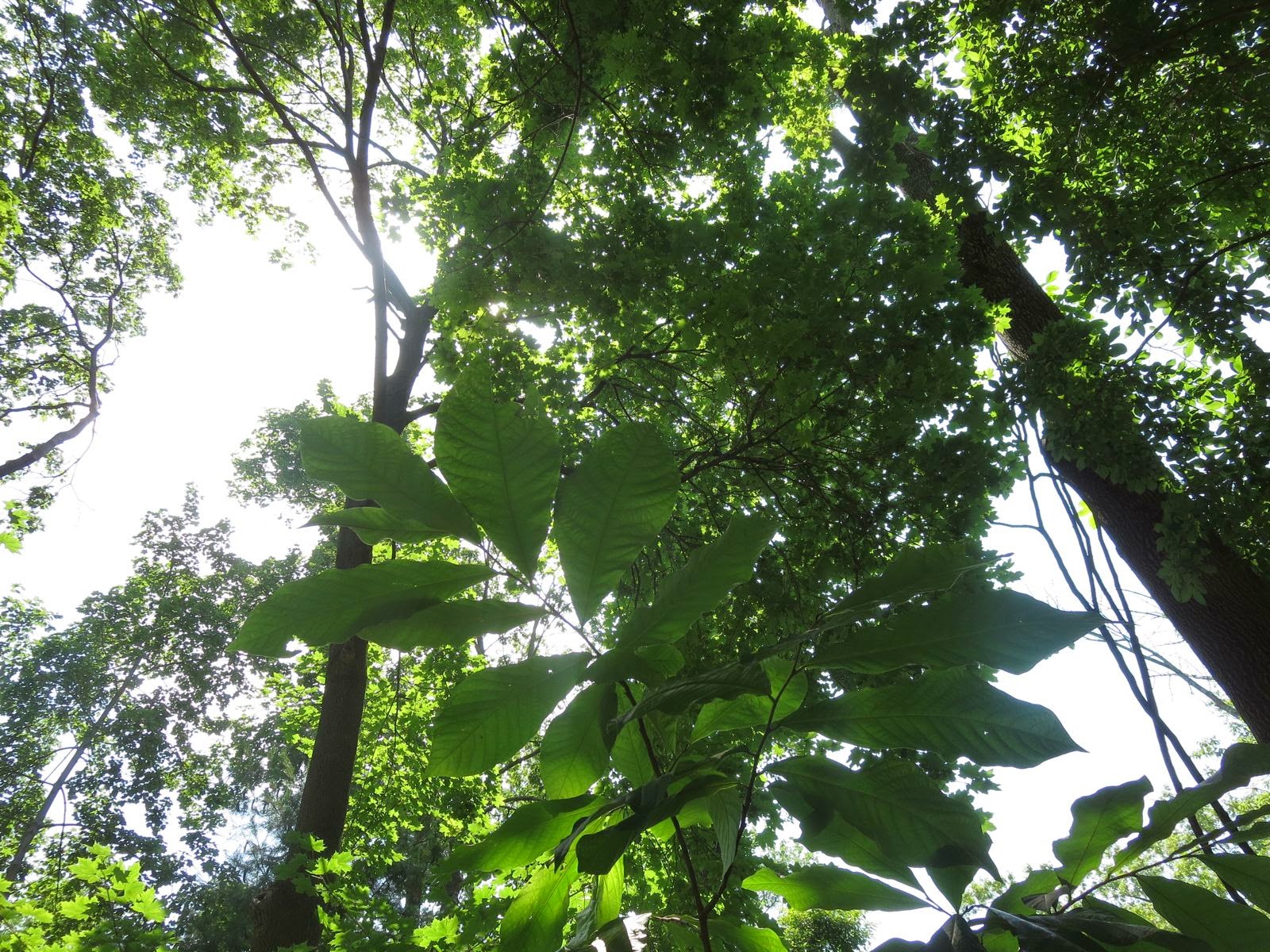 A few deft strokes of the pawpaw liberation saw were all that was needed to, well, at least get the lowest maple branch out of the way. You can see a little gap in the canopy where the sun can shine through. A higher branch will require even more chivalry, and a good ladder. 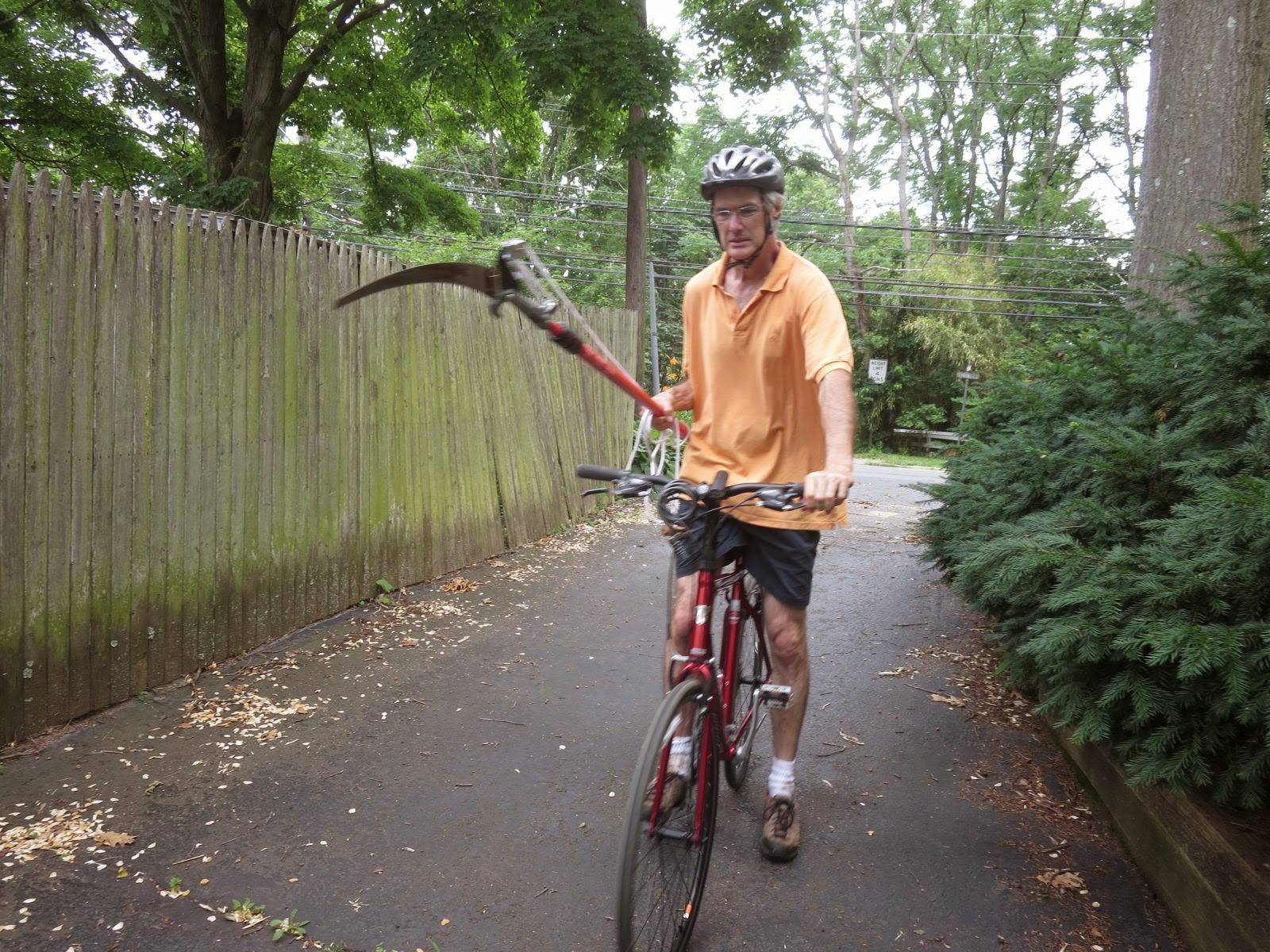 Though logistics prevented a fully accomplished mission, the intervention may still bear fruit.
Posted by Steve Hiltner at Thursday, July 03, 2014