Just down the hill from Princeton Community Village, not far from Bunn Drive, there's a clearing in the forest. The gap in the canopy has allowed sunlight to reach the ground, and the non-woody plant community has responded with billions of white flowers generated by a sprawling wildflower with a sprawling name, late-flowering thoroughwort. Built into the slope you can see what looks like a little dwelling. In fact, the structure and the giant berm its built into were constructed to help protect downstream land and houses from the rainwater that rushes off of Princeton Community Village's streets and roofs during storms. The field of pollinator-friendly wildflowers is some serendipity that our Friends of Herrontown Woods group has informally adopted. We were here to do some weeding, to proactively ward off a takeover by invasive nonnative species. 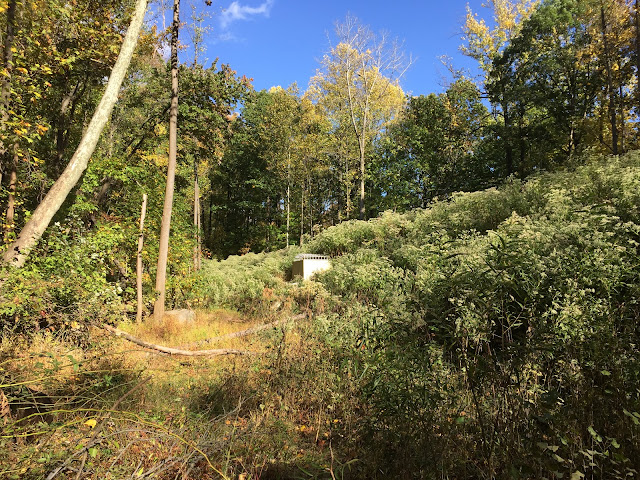 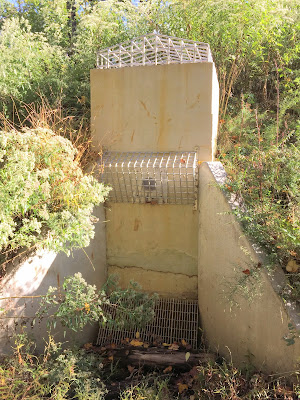 Mixed with the weeding was some appreciation of the engineering that makes this detention basin serve an ecological and flood-control function. As water enters the basin from Community Village and Copperwood, the aim is for it to seep into the ground, to serve as an underground reservoir to sustain Harry's Brook. But if water remains in the basin for a long time, it will drown the vegetation, so there needs to be a way for excess water to be slowly drained from the basin. 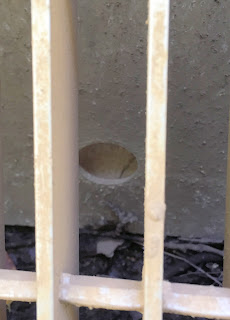 At the bottom of the tower is a small opening for slow release, protected from blockage by the bars. 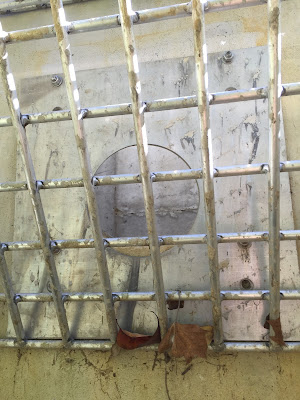 In a big inundation, a larger hole further up the tower allows faster release of excess water. And then if a megastorm fills the basin close to overflowing, water pours into the big opening at the top of the tower, to keep water from overtopping the berm. Whether much runoff actually reaches this basin from the nearby housing would require stopping by after a deluge.

Cattails and a pretty sedge called woolgrass (Scirpus cyperinus) thrive in the moist soil at the bottom of the basin, intersecting with the thoroughwort on the berm. 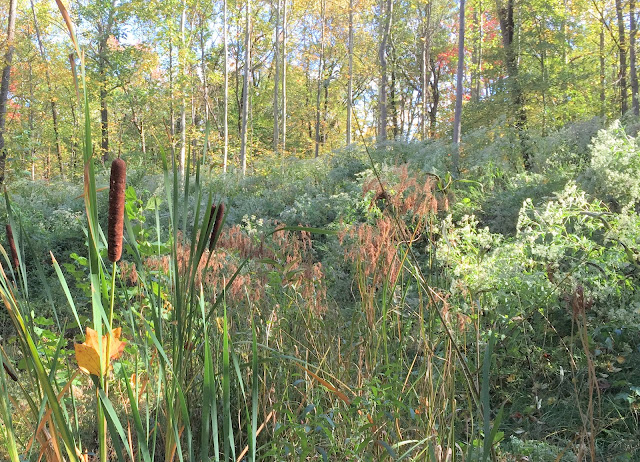 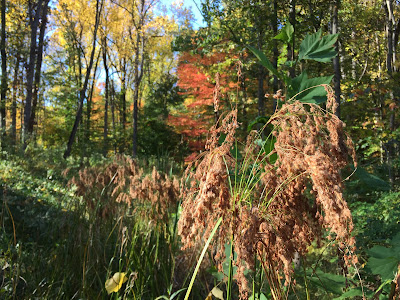 Here's a closeup of the woolgrass's ornamental seedhead. 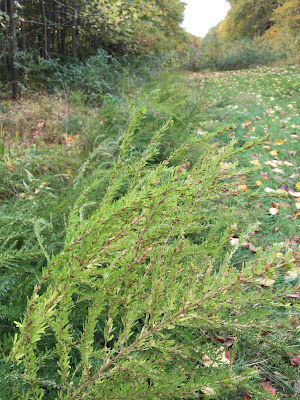 but along the pipeline right of way nearby, one can see the invasive power of two nonnative species on display. Mugwort, along with the newer arrival, Chinese bushclover, have claimed large sections of the pipeline land, and the same process is at work on the basin's berm. Why the Chinese bushclover is problematic ecologically is described at the bottom of another recent post.

Kurt Tazelaar joined me at the basin with an hour or two to spend and a clear mission: to dig up and remove all the Chinese bushclover we could find before its seeds matured. Our timing was pretty good. The seeds weren't loose, and we were catching the invasion early, when complete removal was still possible. 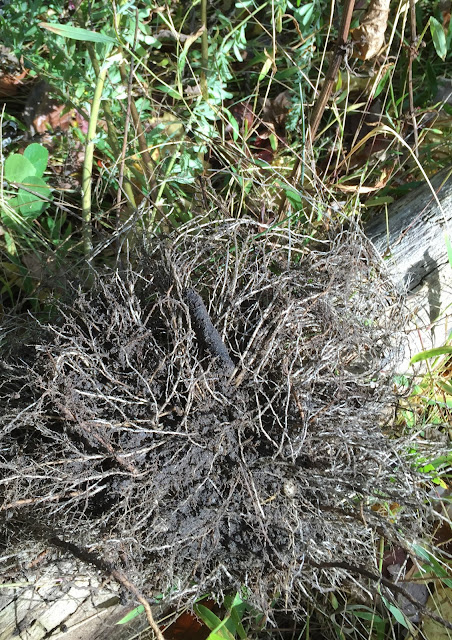 Here's the incredible root system of a Chinese bushclover--great for erosion control, but awful for biodiversity as the species spreads and outcompetes native species.

Though we achieved our goal, the elephant in the clearing was the mugwort, which is far more numerous and will require a far more ambitious intervention. 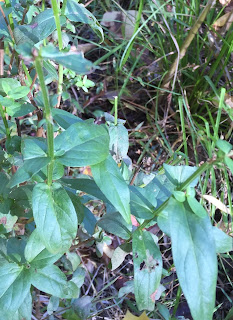 There was some good news to be seen with another invasive species at the basin--purple loosestrife. It showed clear signs of deer browse, which means the deer in this case may be helping limit its capacity to dominate the wet areas. 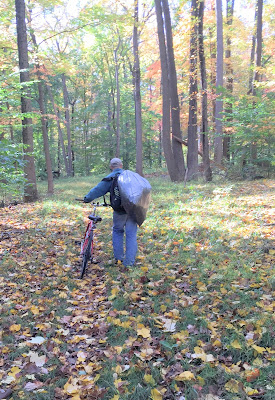