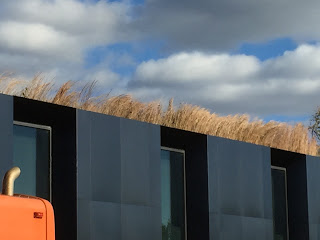 Wawhat's the Wawa growing? A bit shaggy for a butch cut. The proof is in the roof. Clearly, the Wawa at the Dinky station has gone green, or tawny, depending on the season. Take the building out of the picture, and you have a prairie out in big sky country. For a botanist, the question is not how all those prairie grasses got there--Princeton University has been designing green roofs into, or onto, a number of buildings in recent years--but whether the grass is little bluestem or broomsedge. Time to pull out the ladder for closer inspection. A vegetated roof reduces stormwater runoff from the building, and also provides insulation. 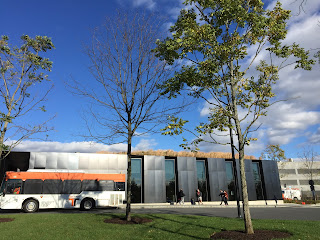 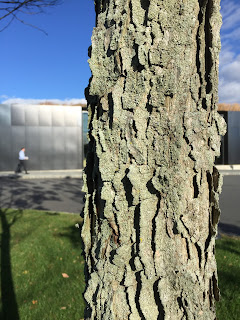 The bark of the Kentucky coffee tree has a characteristic chipped appearance, 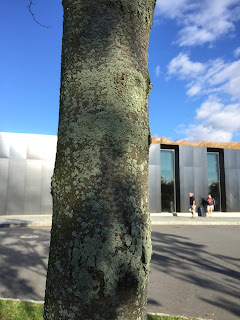 in contrast to the smooth bark of the honey locusts. 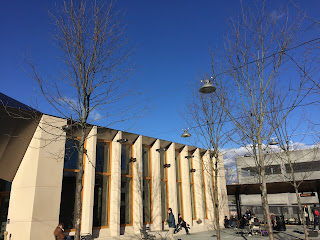 Found a past post about Dinky wildlife, and a post in which the vibrations of the Dinky's approach makes the trees dream of megafauna past.