Last month I found myself standing in a small circle of botanists, talking about new plant species being found in the mountains of Ecuador. Hosting the gathering was John L. Clark, who has gained a very long title since moving to Princeton a few years ago: the Aldo Leopold Distinguished Teaching Chair, Environmental Science and Ethics at Lawrenceville School. John hosted the gathering so that we could meet a friend of his, orchid expert Lou Jost, who lives in a secluded valley in Ecuador.

The latin names were flying while my mind floated back to the last time I had the pleasure of so much botanical company. It was a similar circle of botanists, standing not in a Princeton living room but in a field at Bennett Place, the site of the biggest troop surrender of the Civil War, on the outskirts of Durham, NC. At our feet, embedded in the thin layer of moss that covered much of the ground, was a tiny carnivorous plant, no more than a couple millimeters across--a sundew growing far from its normal range, improbably surviving in an otherwise urban landscape in the North Carolina piedmont. Bennett Place's site manager, who had been unaware of the unique plant life in the field next to his visitors center, was puzzled and amused at how a group of botanists could stand out in the middle of a field, gazing at the ground and talking at length about what for him seemed just a patch of grass. But that's what a love of plants does: it makes the world an endlessly fascinating place. 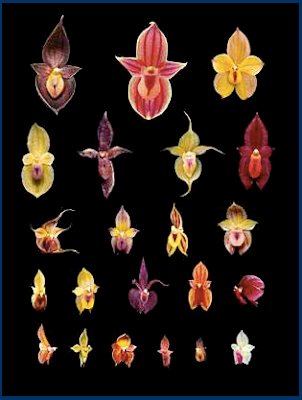 Lou Jost, our orchid expert visiting Princeton, lives in the mountains west of the Amazon rainforest. His remote home includes a view of an active volcano that periodically spouts lava, visible at night as brilliantly illuminated strands flowing down the mountainside. John got to know Lou back when John was doing research in another area of Ecuador, in similarly remote forests to the north and west, a remarkable experience he spoke about earlier this year at DR Greenway's Johnson center.

Listening to them talk is like a salve for me, allowing relief from the grim news stream most of us wade through each day, of political and economic tensions where nature and its future are relegated to a tiny asterisk. What a pleasure to linger for a time in a world where plants and nature's beauty and endless creativity occupy center stage.

Both Lou and John have worked in areas of burgeoning diversity, where a hike up a seldom trod mountainside can bring encounters with so many species new to science that the samples collected accumulate for lack of time to name and describe them all. These rewards of discovery do not come easily, however, since the forests they explore have survived in part because they are so hard to reach. A new species may be growing 100 feet up in a tree, requiring a dangerous ascent to document. Lou has begun using drones to search the forest canopy, but has yet to come up with a design that can also pluck a sample while hovering next to the tree. 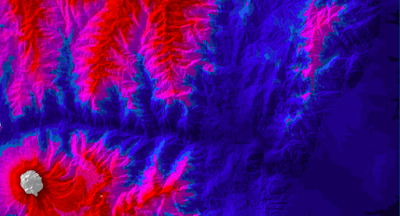 Lou has found dozens of new species in his area of the mountains, where each valley has a distinct microclimate due to the mists rising westward, up from the Amazon towards a high desert plateau. The gradient from east to west, moist to dry, low to high, creates a vast variety of conditions that promote specialization, and the side valleys provide the isolation for speciation to occur.

The joy of discovery can be mixed with sadness, as these explorations of remote terrain have been spurred in part by the threat of farms and expanding villages that now rise like a far less beneficent mist, higher and higher into the mountains. Even steep mountainsides can be farmed, for a curious crop that looks like a yellow tomato.

To save this unique part of the planet, more diverse than the Amazon, Lou started a foundation, Fundacion EcoMinga, to acquire and preserve these forested slopes. New orchid species are often named after donors. Some of the former land owners have become guards. Because there is very little violence in this area of Ecuador, the guards carry cameras rather than guns, to photograph flowers and wildlife as they walk the property. This video of a short talk Lou gave at a World Land Trust symposium gives a flavor of his heroic work, and also gave me an idea for a tweaking of the U.S. Constitution that could lead to a more peaceful world: "the right of the people to keep and bear Cameras, shall not be infringed."

Glorious photos and artistic renderings by Lou can be found on his website at LouJost.com, and here's an article about his discovery of the world's smallest orchid. Interestingly, Lou has no professional degrees, but that hasn't kept him from publishing widely in professional journals. They are looking for content, not pedigree, and an academic degree doesn't bestow the passion and persistence required to explore these remote areas of the world.
Posted by Stephen Hiltner at Monday, March 19, 2018