What's With the Witch Hazel? 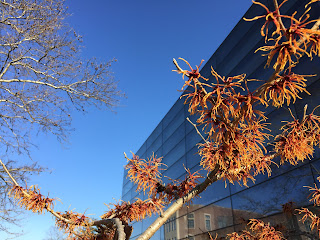 Previous years' posts about the witch hazel growing along Shapiro Walk on Princeton campus were from mid-March. These photos are from late February, when the blooms had likely already been out for a week.

These are not the native witch hazel, which blooms in late fall, but are most likely a cross between the Japanese and the Chinese species (Hamamelis japonica × H. mollis). 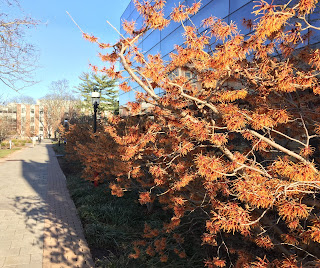 It's hard to fully rejoice in their blooms while walking by in a winter hunch. 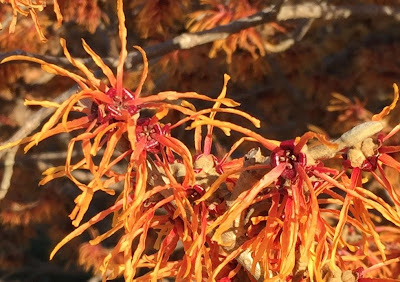 A few flies showed up for the party, but there were no bees to be seen.
Posted by Steve Hiltner at Sunday, March 04, 2018