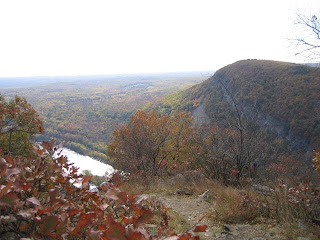 When I was a kid, I had the good luck to spend some quality time on top of mountains. They all had telescopes on them, which was my dad's work, but I was more drawn to the vistas, the rocks, the smell of dry earth. On one fantastical evening, I walked to the edge of a mountain in Chile to find an infinite expanse of fog stretching out below like a frozen ocean illuminated by moonlight. Yes, mountain tops are a fine place to be.

I've long wanted my kids to know the pleasure of climbing a mountain. What is life after all, but a long and challenging hike towards a view of the infinite? So news of a substantial mountain only an hour and a half away, combined with the promise of fall colors, prompted me to pull my family out of its weekend routine for an autumn jaunt. 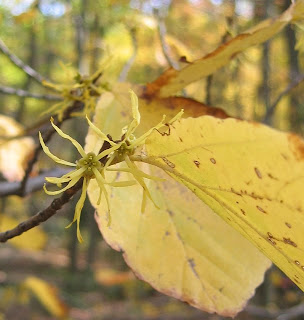 Recognizing the plants that make the mountain home adds tremendously to the meaning of a walk up a mountainside.

First plants to catch my eye were the witch hazels, blooming incongruously in late October, their flowers mixing with the yellow of the leaves. 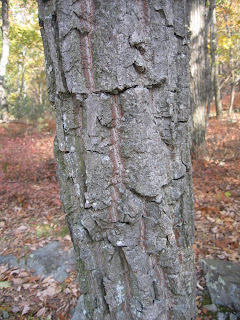 The chestnut oaks, very common in this woodland of thin moutainside soils, are easy to identify just by the bark, which looks like gray blocks stacked one upon another. 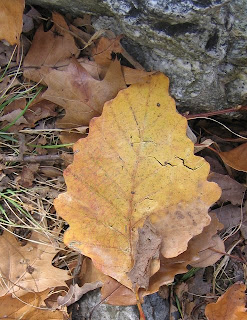 The leaf of a chestnut oak is somewhat reminiscent of the chestnut leaf, but broader and with rounded lobes. 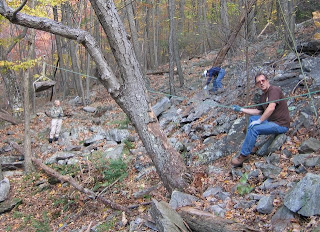 As the trail got steeper, I was beginning to wonder how all those very heavy rocks had magically arranged themselves conveniently in stepwise patterns, when we encountered a volunteer crew fixing a section of trail. With techniques harkening back to a pre-machine era, they had strung a heavy cable between trees and were in the process of pulling a substantial rock (left in photo) across the mountain slope and into position on the trail. 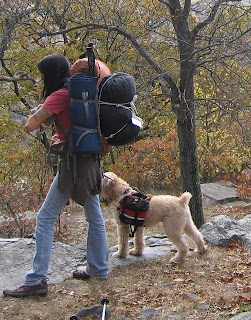 A pack animal, too, hinted at an era long past. It's good to see that terriers are assuming the role, now that mules are hard to come by. 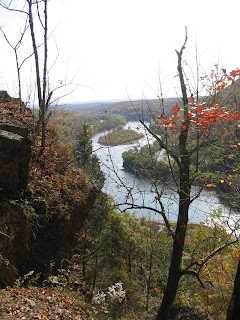 The first panorama was downstream along the Delaware River. The rock bluff to the left was covered with columbines, which would be quite a show in the spring. 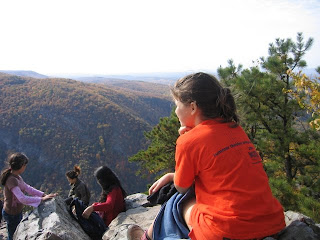 The summit appeared sooner than expected. Walk down the slope a ways to get a clearer view up and downstream. From here, basking in the sun, we watched a pair of ravens soar and play high over the gorge. Two more joined in, their game seeming to be to see how close they could get to each other without colliding. Vultures, of less mind than ravens, soared peacefully in the distance, showing little interest in games. 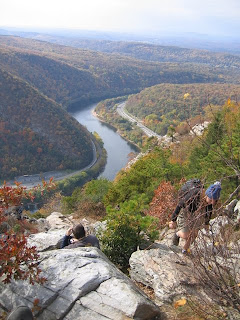 Vistas like this are made to be drunk in, to fill the mind with immensity and color until the next chance comes along. 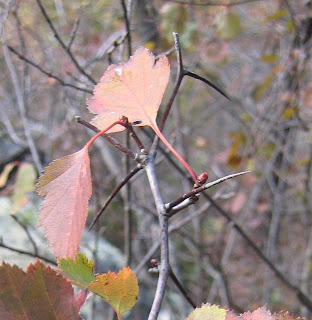 Shifting focus to the close at hand, it was time to see what kinds of plants can eke out a living in this spectacular but thin-soiled setting. There was a hawthorn or two, 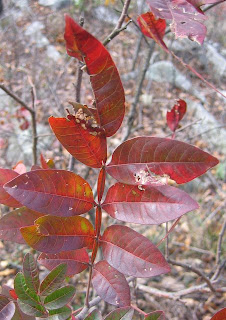 winged sumac (note the "wings" along the central leaf axil), 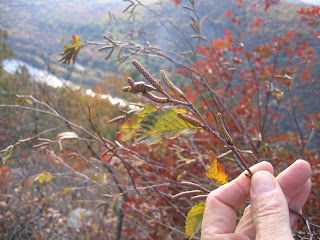 and an alder of some sort, though I'm accustomed to finding alder in a floodplain. 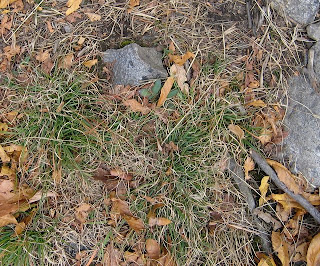 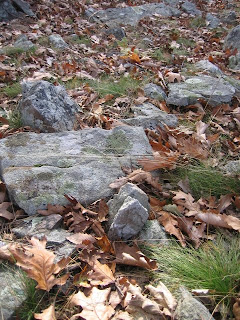 The way down on the blue trail starts by going slightly up, along the spine of the mountain. Lichens grow on rocks and tree trunks, making them seem part of a whole. Growing amidst the rocks is a native, fine-leaved evergreen grass that may have been the main constituent of early American lawns. 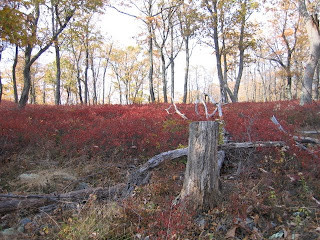 One of the real delights encountered on the broad mountain top is lowbush blueberry, which turns radiant red in fall. 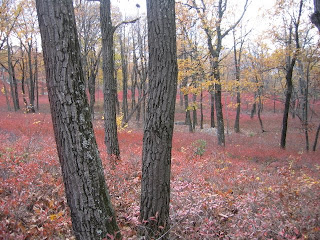 This open woodland of chestnut oaks with a thick understory of blueberries is reminiscent of savannas that once were common in the east. It's easy to imagine black bears gorging themselves on the berries in August. I've seen similar oak/blueberry pairings in the NJ pinelands under a mix of oak species, and in the piedmont of North Carolina under post oaks. All these locations had in common a very poor soil. 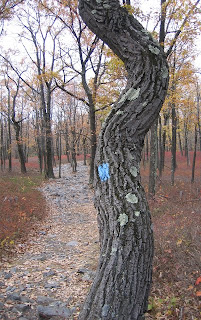 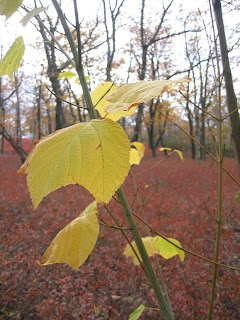 I was glad to encounter an old and rarely seen friend, the striped maple (Acer pennsylvanicum), more shrub than tree, with white and green stripes on its trunk. 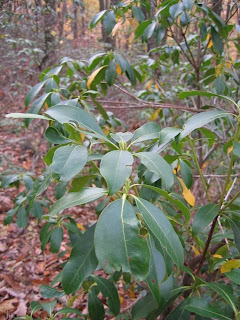 Mountain laurel mixes with the blueberries in the understory, and becomes more numerous as the blue trail begins to descend. 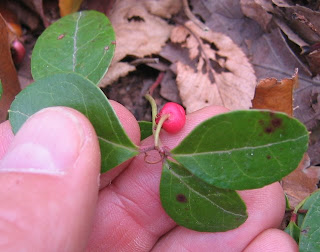 Wintergreen, which my daughter said smells like toothpaste, grows under the mountain laurels. 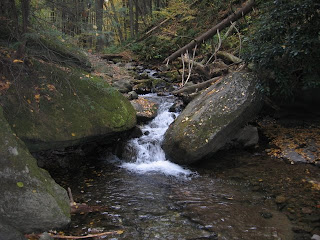 The blue trail merges with the Appalachian Trail at the base of the mountain, where a stream cascades down through a lush valley of Rhododendrons, ferns, native wild hydrangeas and purple-flowering raspberry.

A note about the trails. The trailhead for the "Red Dot" trail is accessed from I-80 as it heads into the Delaware Water Gap. There are two parking lots several hundred feet apart, the second of which has very basic facilities. Most people take the "Red Dot" trail up and down, but the "Blue" trail, which is a bit longer but gentler in slope, is a great way to hike down the mountain. It's easier on the knees, escapes the traffic noise rising from the Gap, and passes through the savanna woodland at the top and a gorgeous valley of waterfalls down near the bottom.
Posted by Steve Hiltner at Monday, October 25, 2010