Life and Death Among the Flowers 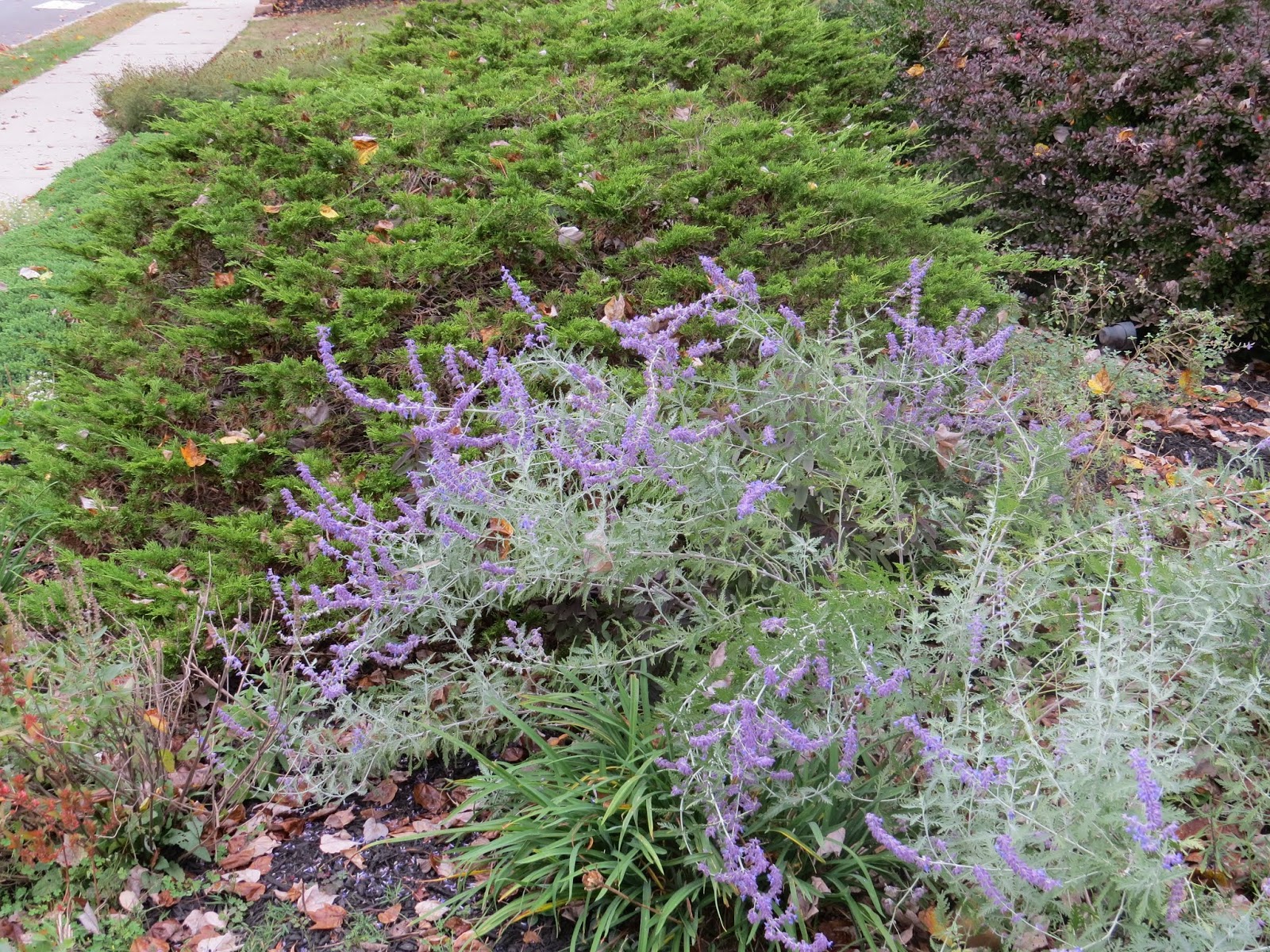 A well-coiffed frontyard garden on a quiet street. I was standing there talking to a friend, watching the bumblebees peacefully feeding on nectar, when I saw something else move in the mass of blue flowers. 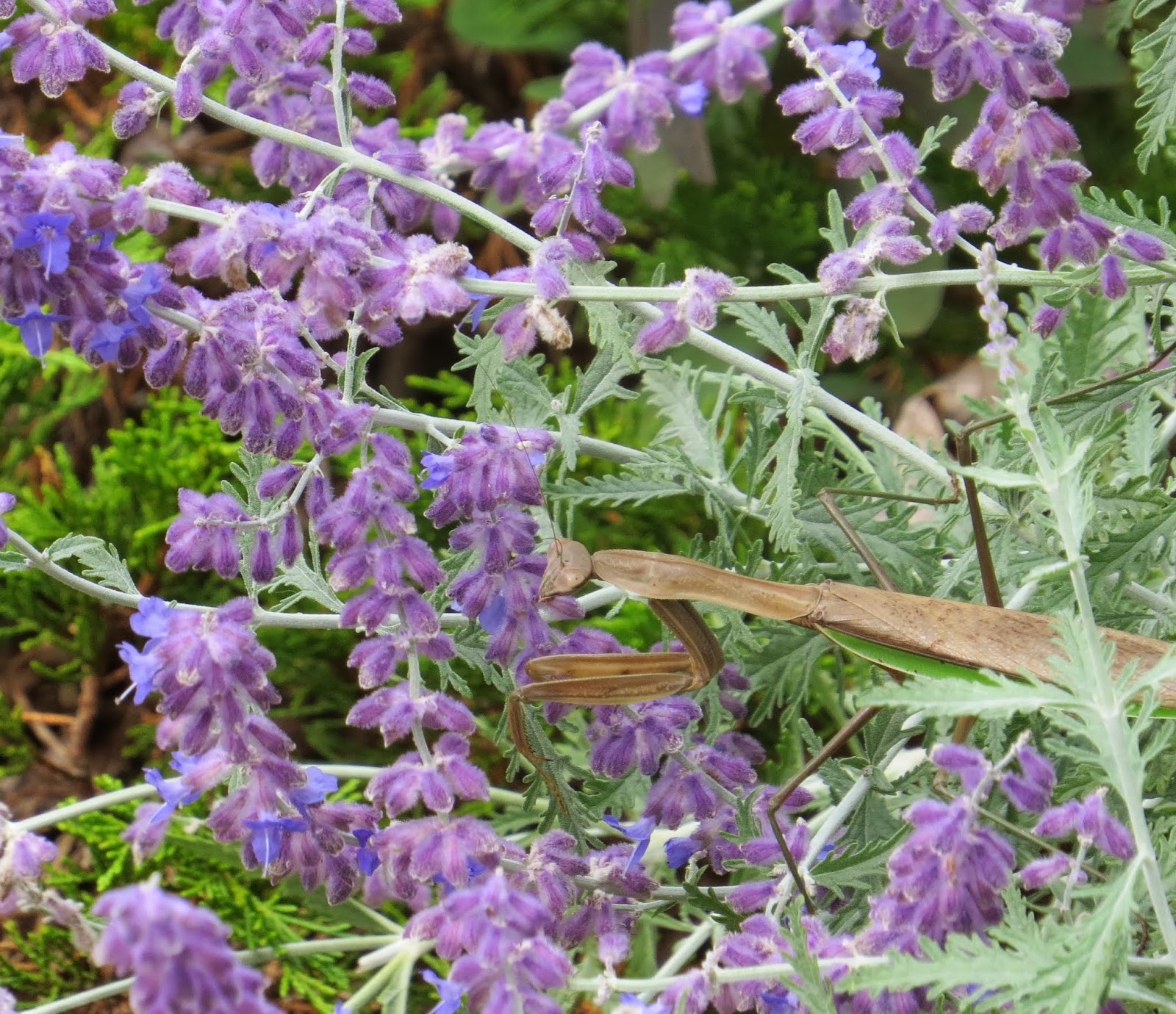 That something else was watching the bumblebees far more intently than I. As a bumblebee alighted on a nearby flower, the praying mantis would tilt its head to get a closer look, shift its claw-like front legs, patiently waiting. 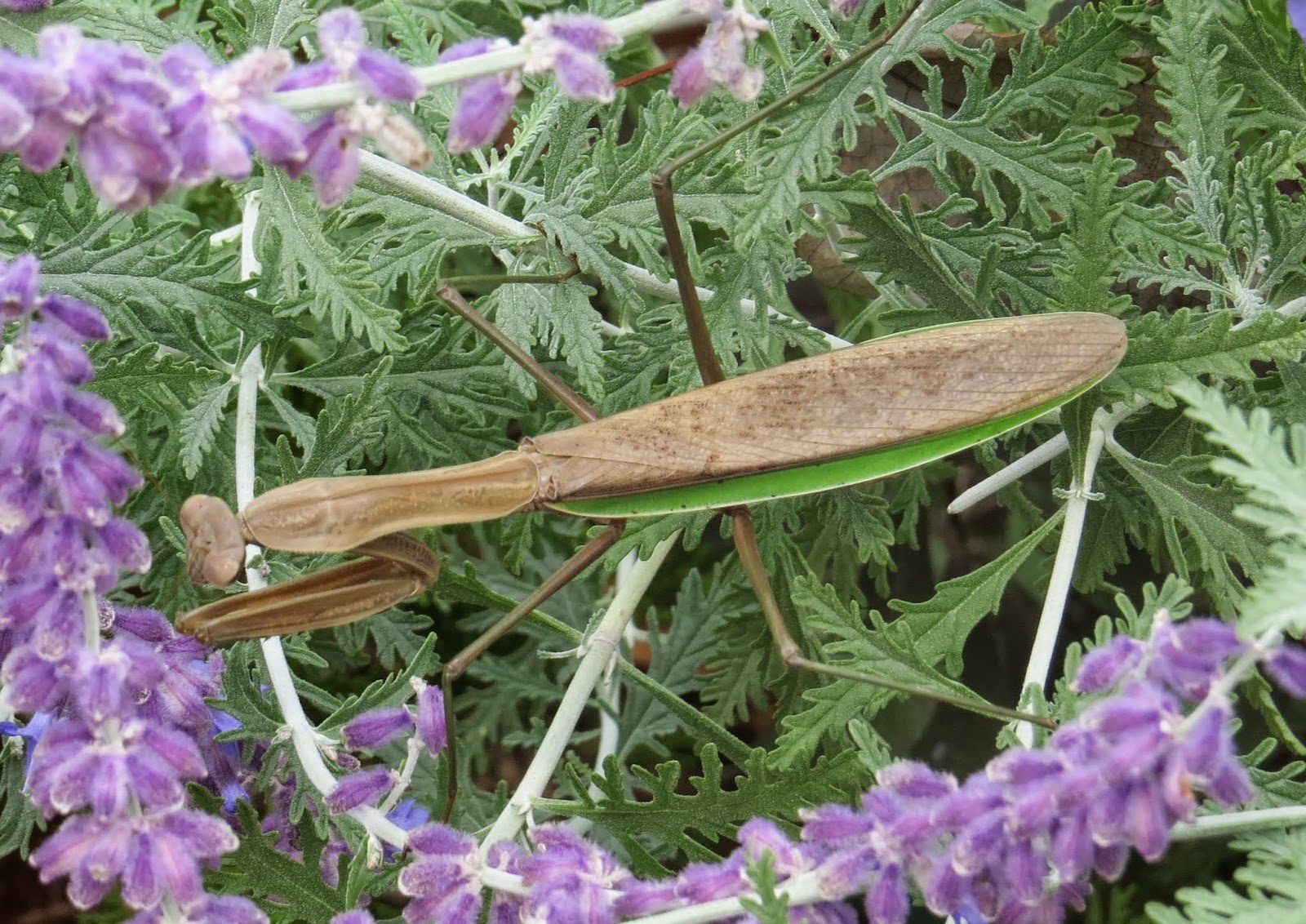 I continued to talk with my friend, while wondering if a bumblebee would land close enough for the praying mantis to strike. 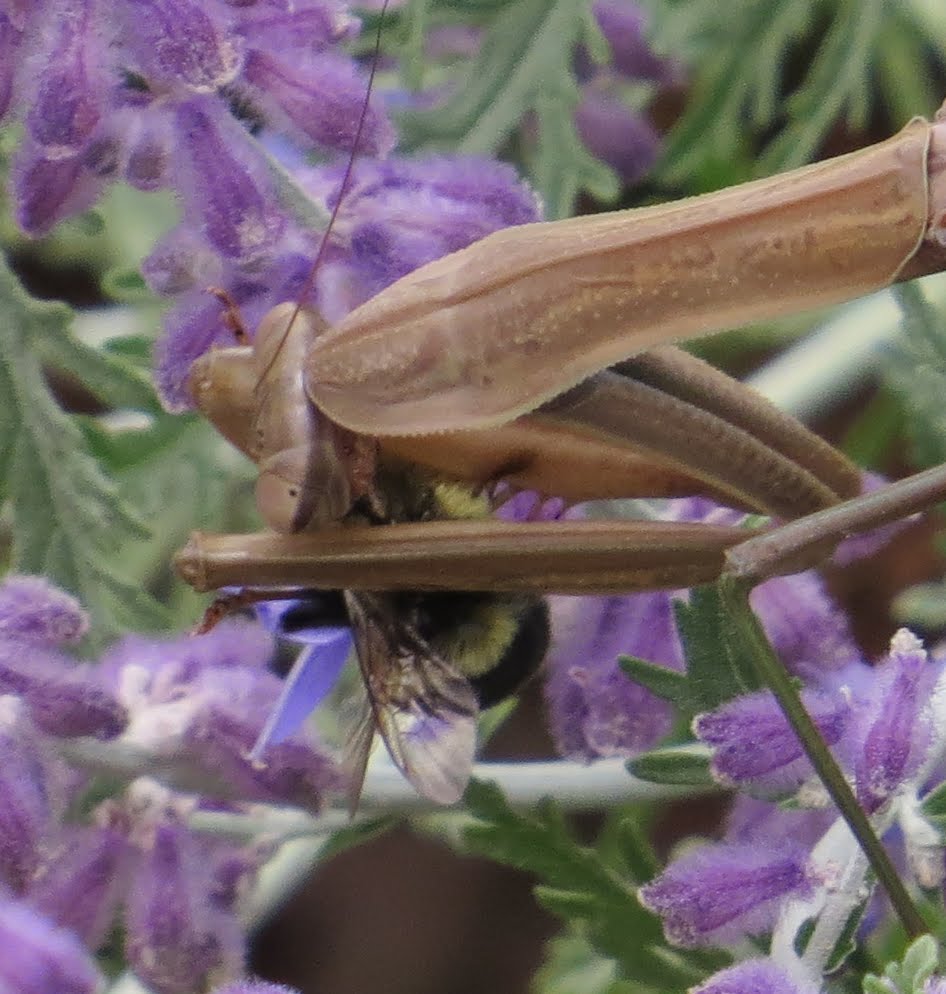 The mantis must have known it was just a matter of time. Location, location. 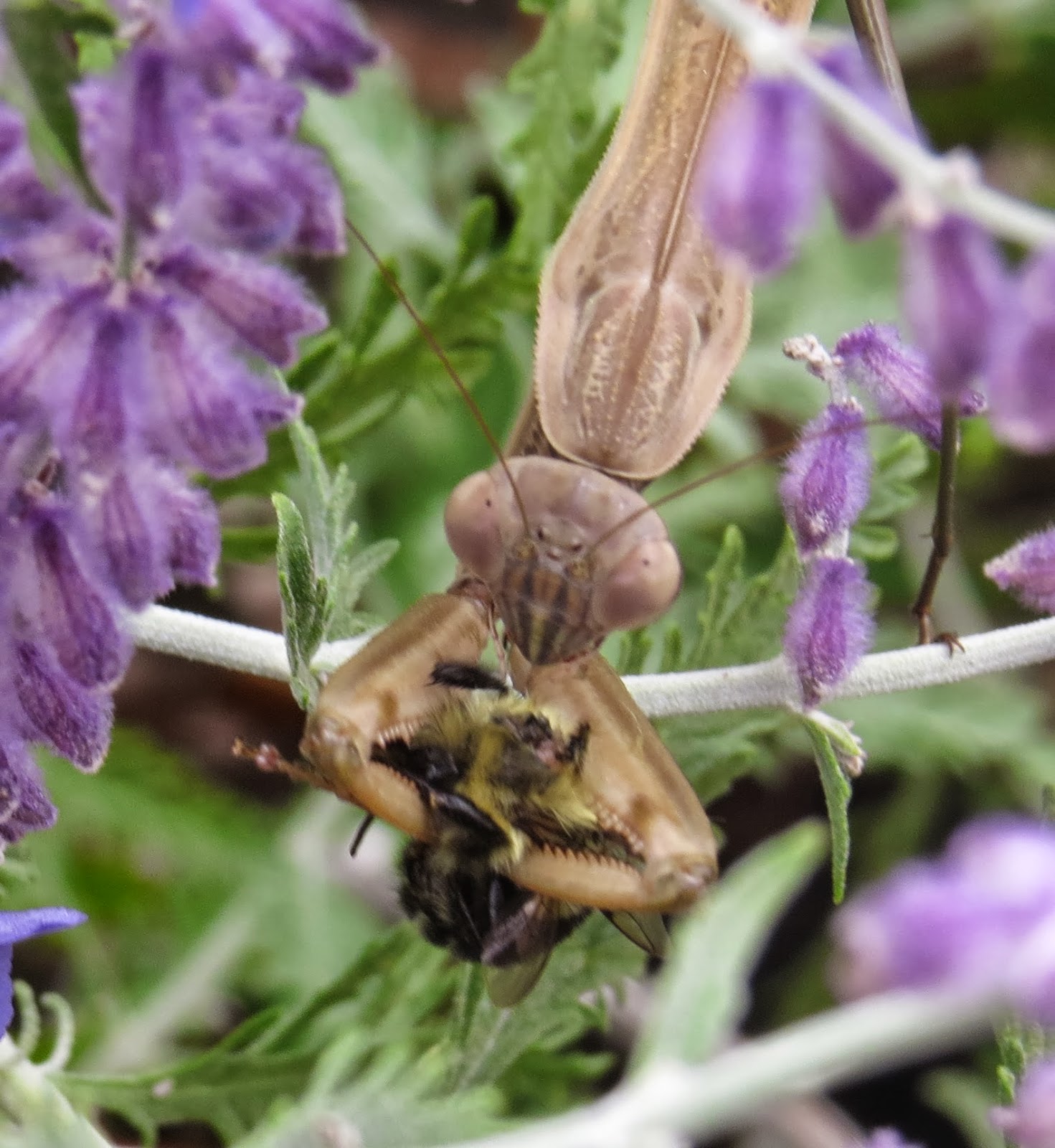 Obviously, no ethical standards have been developed in the mantis world about waiting for the prey to die before starting to munch.

Few of us will get to see lions stalking wildebeest in the Serengeti, but every now and then, a similar drama can be caught by an itinerant eye, no farther away than a neighbor's garden.