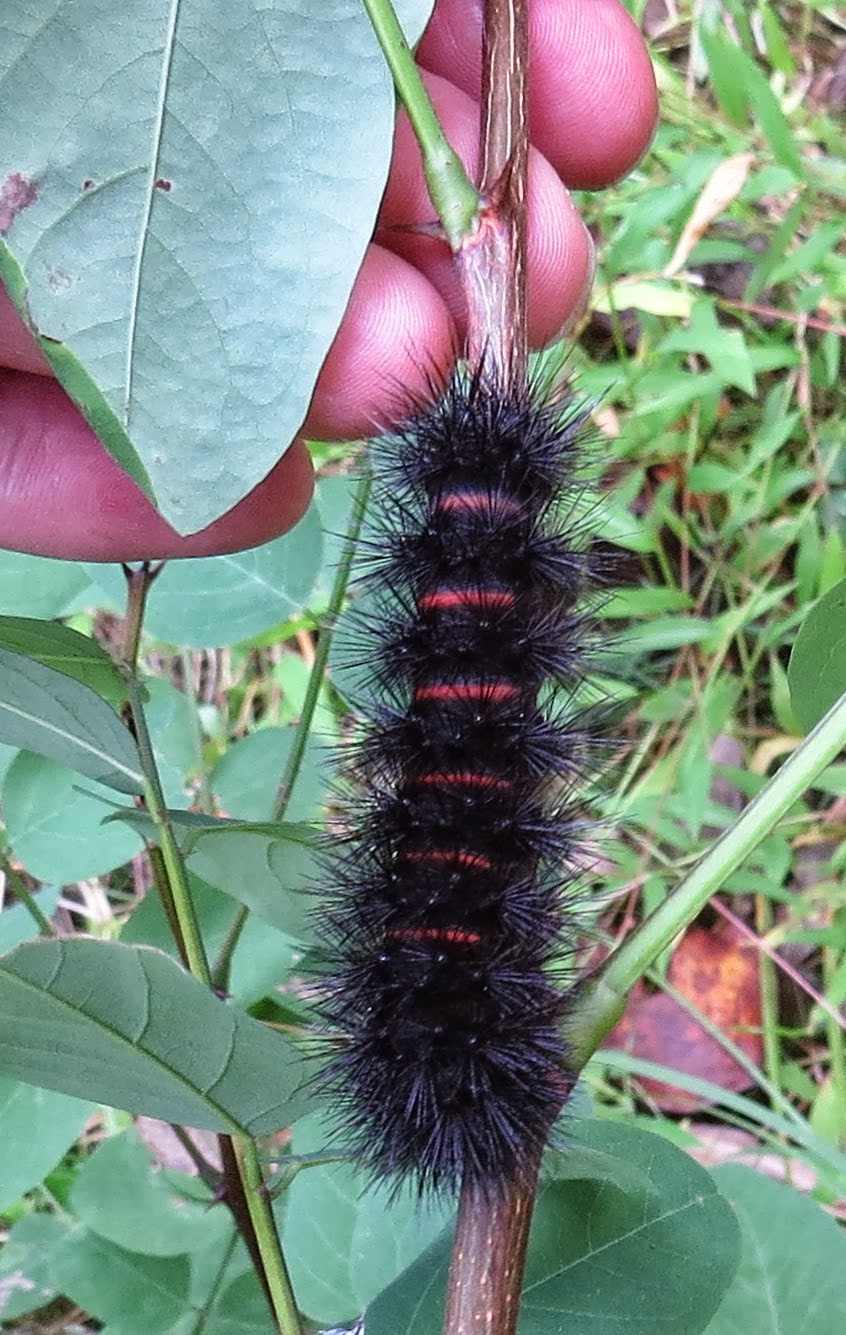 Bear with me, for though this wooly caterpillar bears some resemblance to a wooly bear, it is not. One of the Rotary Club volunteers helping out at Herrontown Woods this past Saturday (thanks Rotary Club!) had found a wooly bear earlier, but this one was bigger, and all black, without the wooly bear's middle patch of brown. Those are red stripes inbetween rings of fuzz. 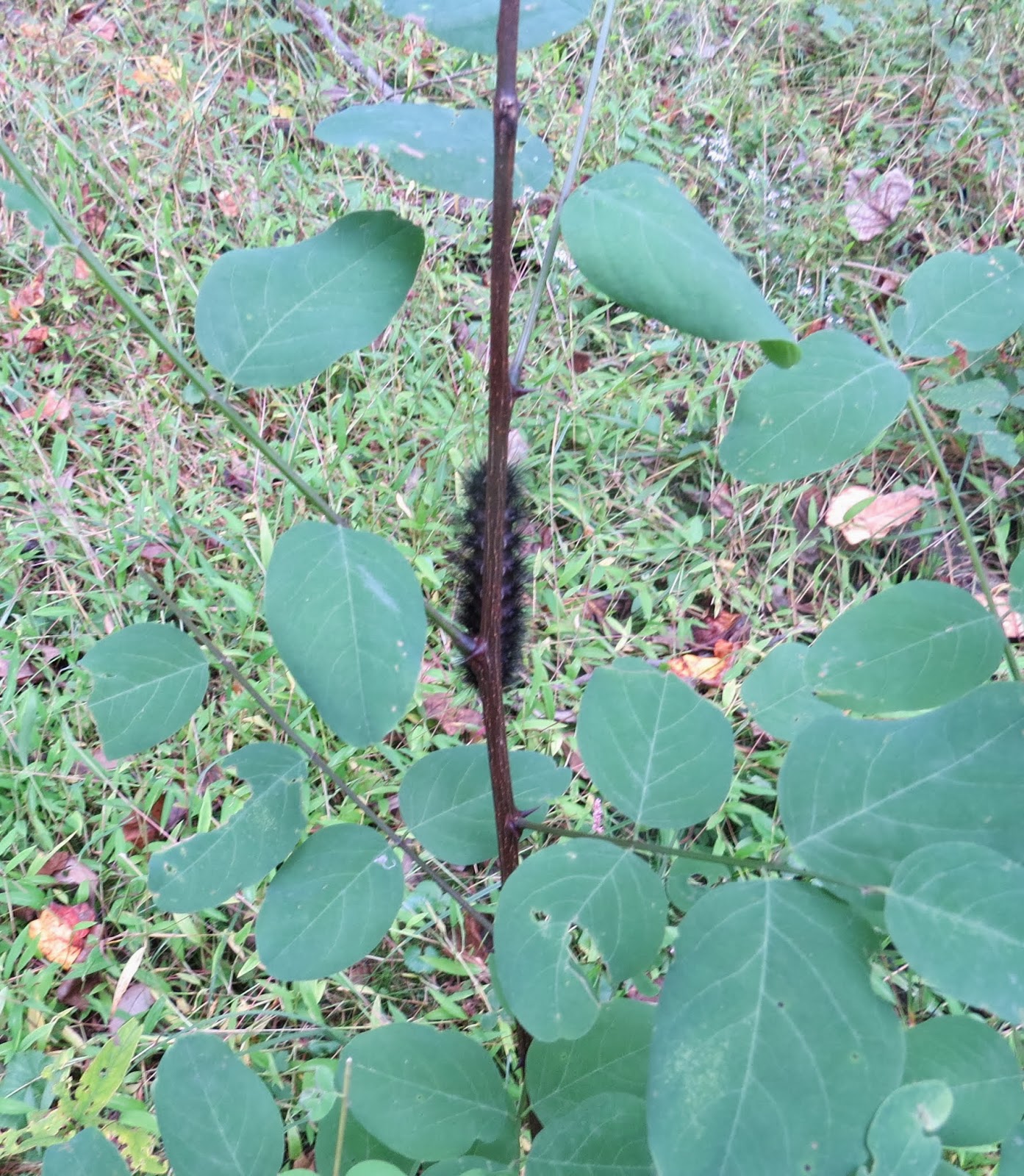 It was quietly pillaging leaf matter from the slim pillar of a young black locust tree next to the trail that passes by the Veblen cottage. Some research yielded a name: Giant Leopard Moth, and if you look at the photos of the adult moth, you'll find the name's likely source is a snow leopard--white with a beautiful pattern of black dots. "Giant" in this instance refers to its 3 inch wing span.

Both the wooly bear, alias Isabella Tiger Moth (Pyrrharctia isabella), and the Giant Leopard Moth (Hypercompe scribonia) are in the family Arctidae, which like the Arctic is rooted in the Greek word for bear, Arktos. The Great Bear and Little Bear constellations, being built on the Big and Little Dippers, are on either side of the North Star. The wooly bear's range actually extends up to the arctic. Both species will overwinter in their wooly state, then form a cocoon in the spring. The wooly bear in particular is seen this time of year crawling around looking for a good crevice to spend the winter in. (Posts about overwintering wooly bears here and here.) 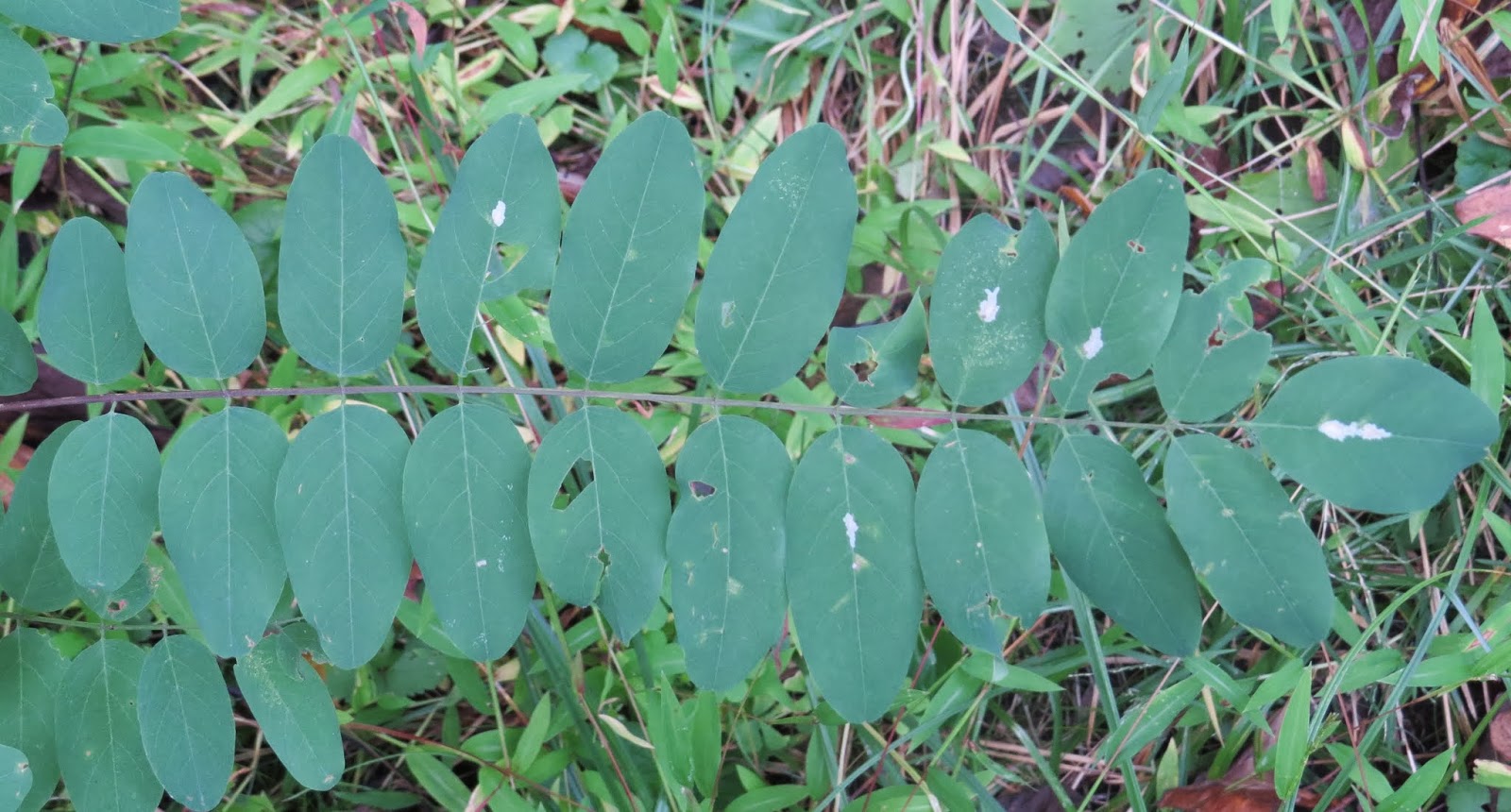 This is all one leaf on the black locust (Robinia pseudoacacia). Unlike many caterpillars that are very picky about their host plants, the Giant Leopard Moth caterpillar feeds on many species, including dandelions.

Lions, leopards and bears, oh my.