Rogers Refuge--The Care and Feeding of a Nature Preserve 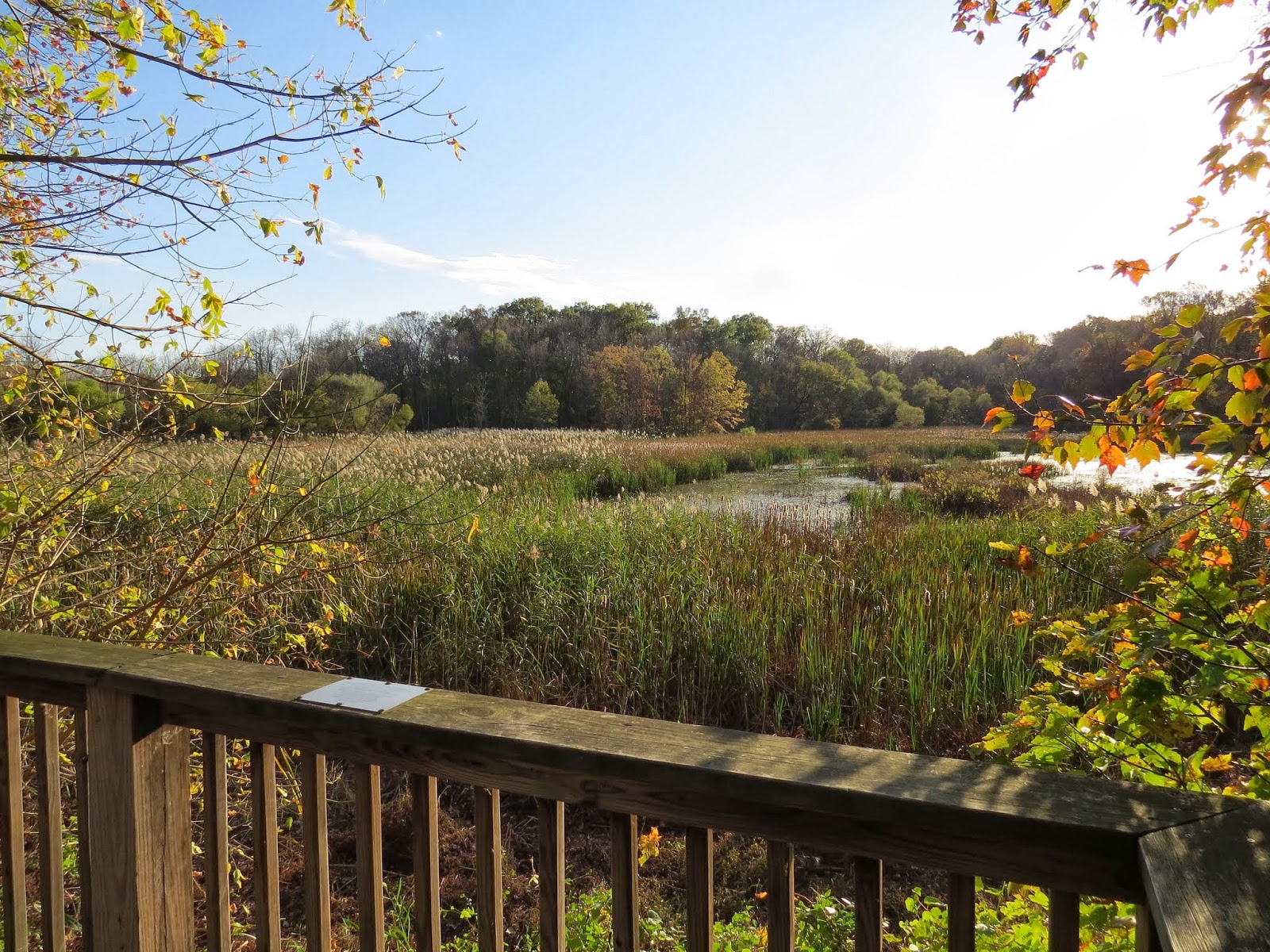 Where in Princeton can you look out upon a marsh, and see or hear hundreds of species of birds along the nearby trails over the course of a year? Rogers Refuge is a star among Princeton's nature preserves, but it keeps a low profile in the lowlands just down from Institute Woods and just up from the Stony Brook. 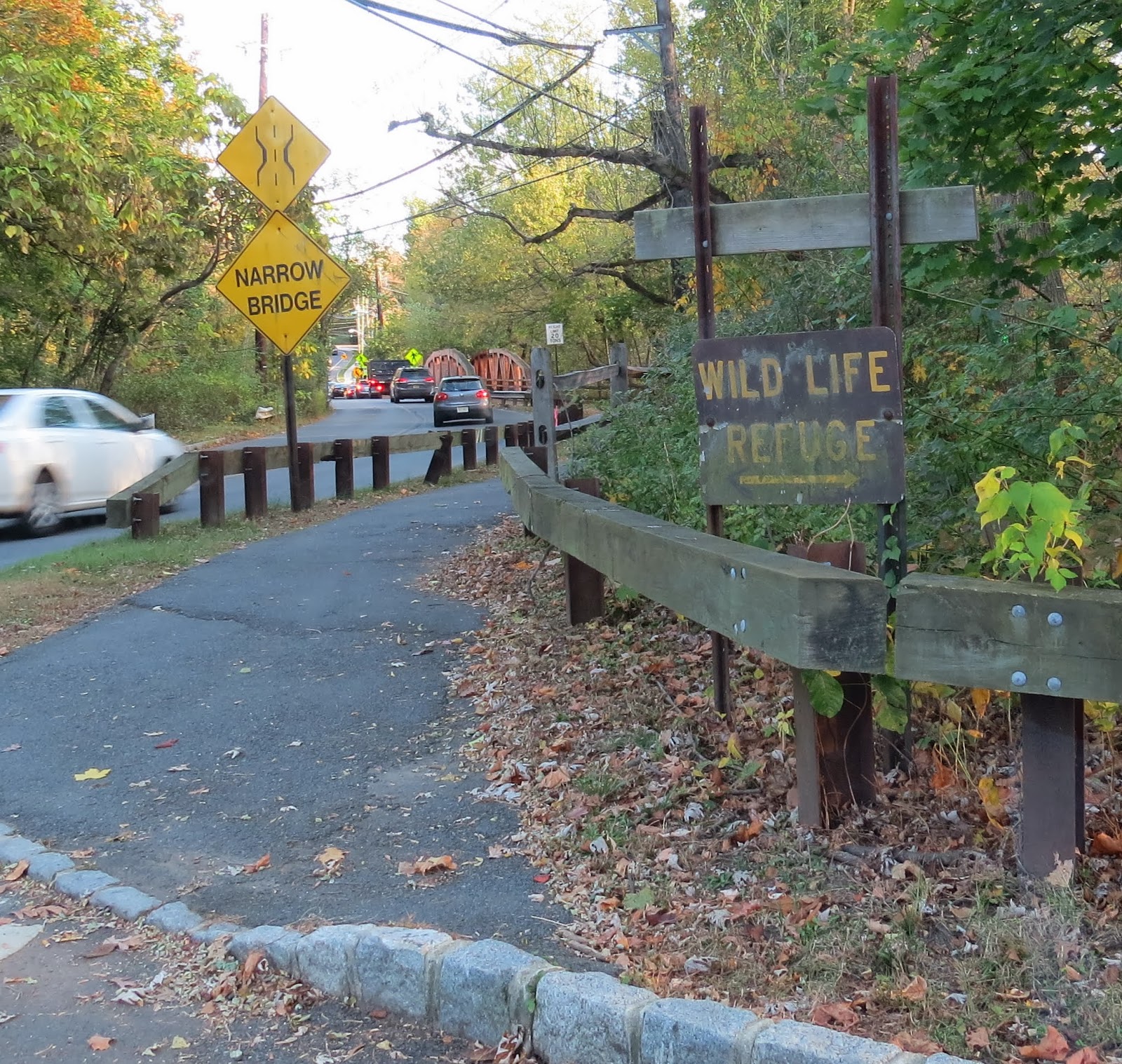 A nondescript sign on Alexander Street, just before the canal bridge, directs you on to a nondescript road called West Drive. 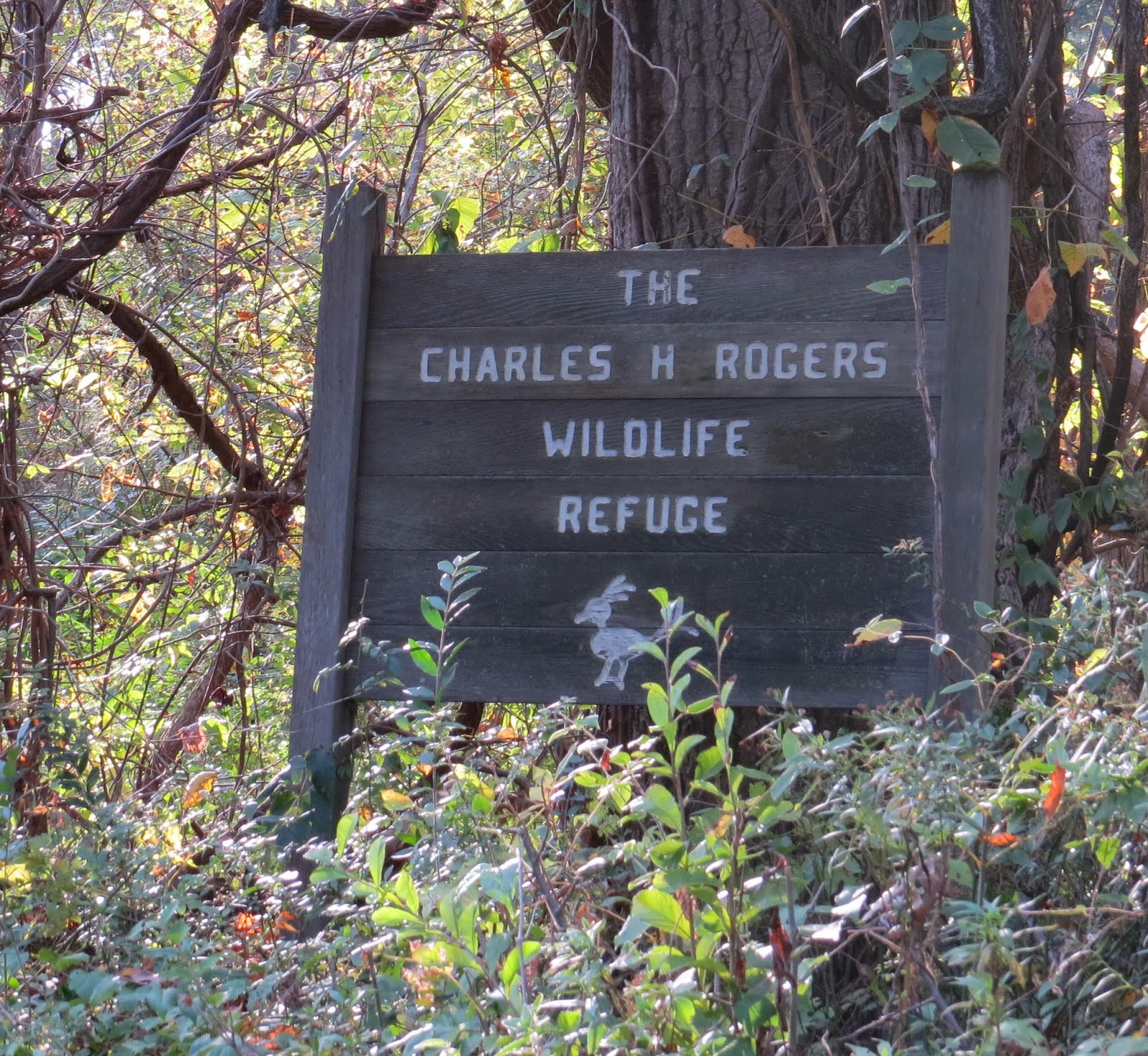 Take West Drive to a fork in the road, where another sign, a little more emphatic, points you down the left fork, a narrow gravel road that winds through Stony Brook's broad floodplain. Watch out for potholes and cars or trucks coming the other way--a small water plant is located back there. There's a small parking lot on the right, with a path leading to an observation tower. 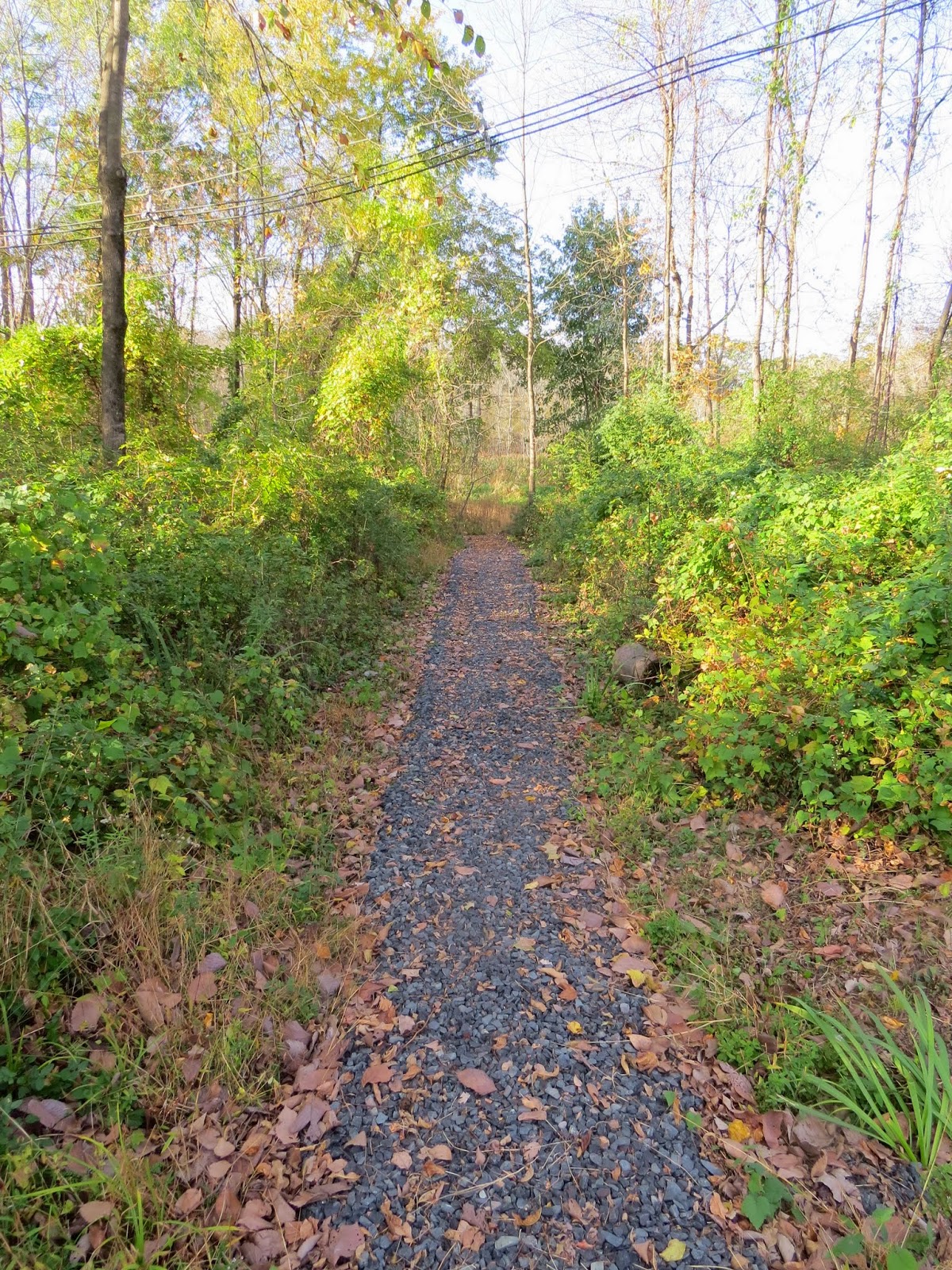 The Friends of Rogers Refuge help manage the property. Members Lee and Melinda Varian hauled the stone to improve this trail, a bit farther down the road from the parking lot. 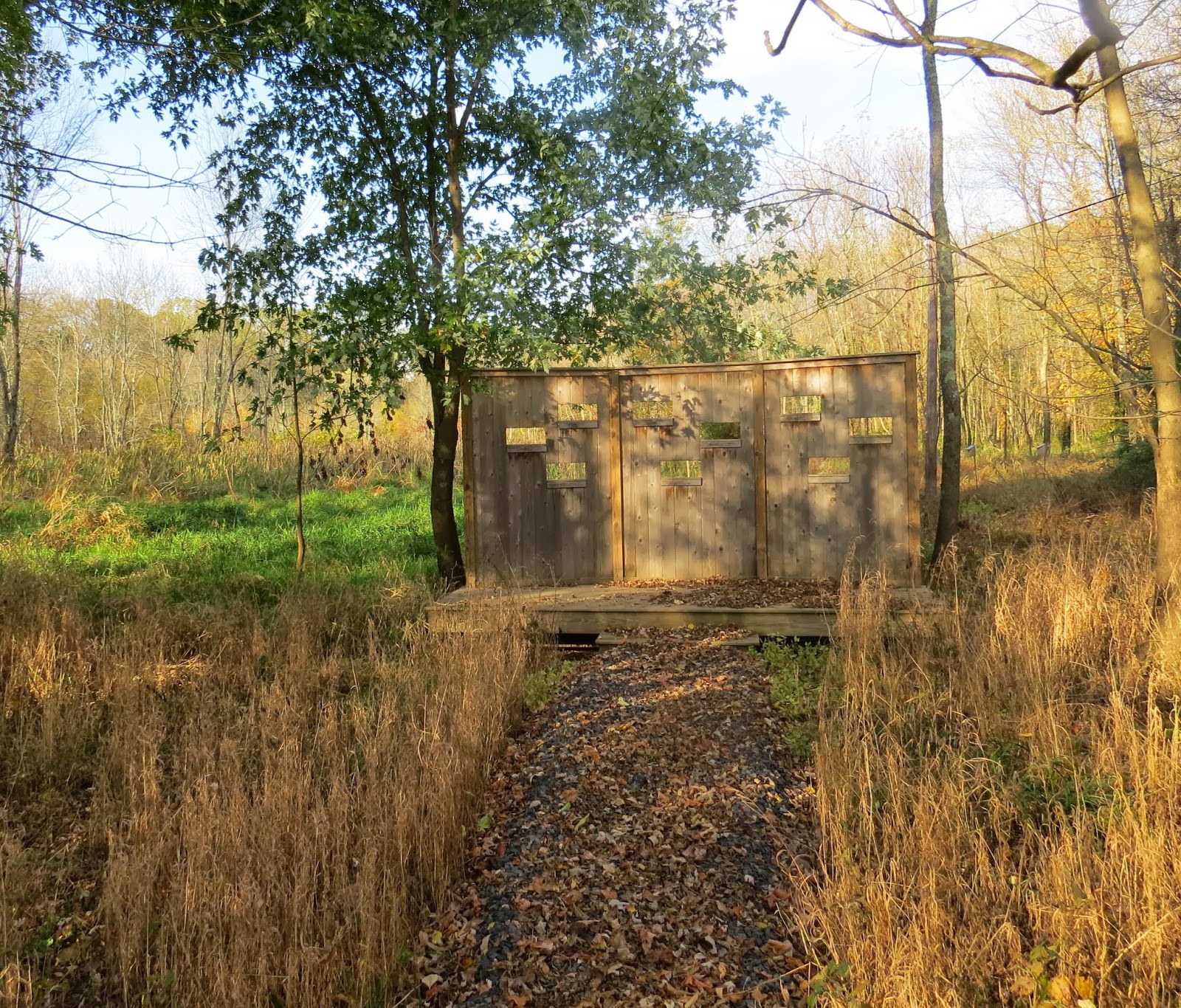 The short trail leads to a birdblind.

Friends of Rogers Refuge (FORR) is associated now with Friends of Princeton Open Space, which is a certified nonprofit and can accept donations in FORR's name. Though the refuge adjoins the Institute Woods, the land is actually owned by the American Water Company, which teams with the town of Princeton to maintain a pump that keeps the marsh marshy during droughts. Both the Washington Crossing Audubon and American Water have provided some funding at various times to help with FORR's management of the refuge. 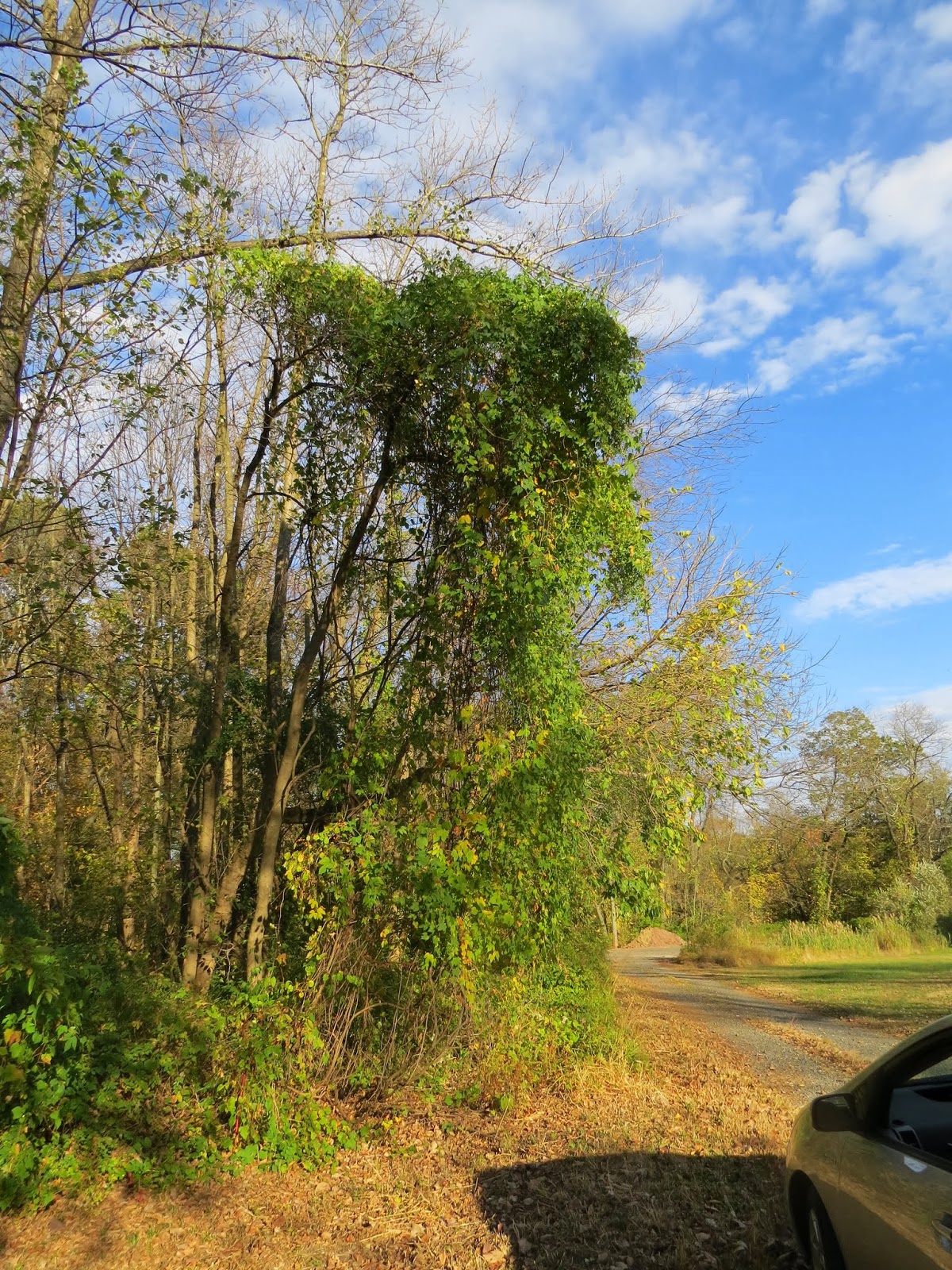 It's a great example of how preserves often need human intervention to sustain the quality of the habitat. Partners for Fish and Wildlife, part of the federal government, came in years back to knock out the highly invasive exotic Phragmitis reed that was taking over the marshy area. That is an ongoing battle, as will be the more recently arrived porcelainberry, seen here climbing up a tree, which has proven its kudzu-like invasiveness not far away at Princeton Battlefield. It's very difficult, as distracted humans, to nip these invasions in the bud, while the undistracted plants are quietly growing and expanding 24/7.

It is the friends group of volunteers that plays such a critical role in identifying problems, then harnessing and coordinating the resources of these private and governmental entities to protect this special habitat down along the Stony Brook. That, along with the labor of love that goes into maintaining the trails, replacing handrails on the observation tower that were hollowed out by carpenter bees, and all the other acts large and small, are gifts back to a nature that feeds us with its beauty and diversity. 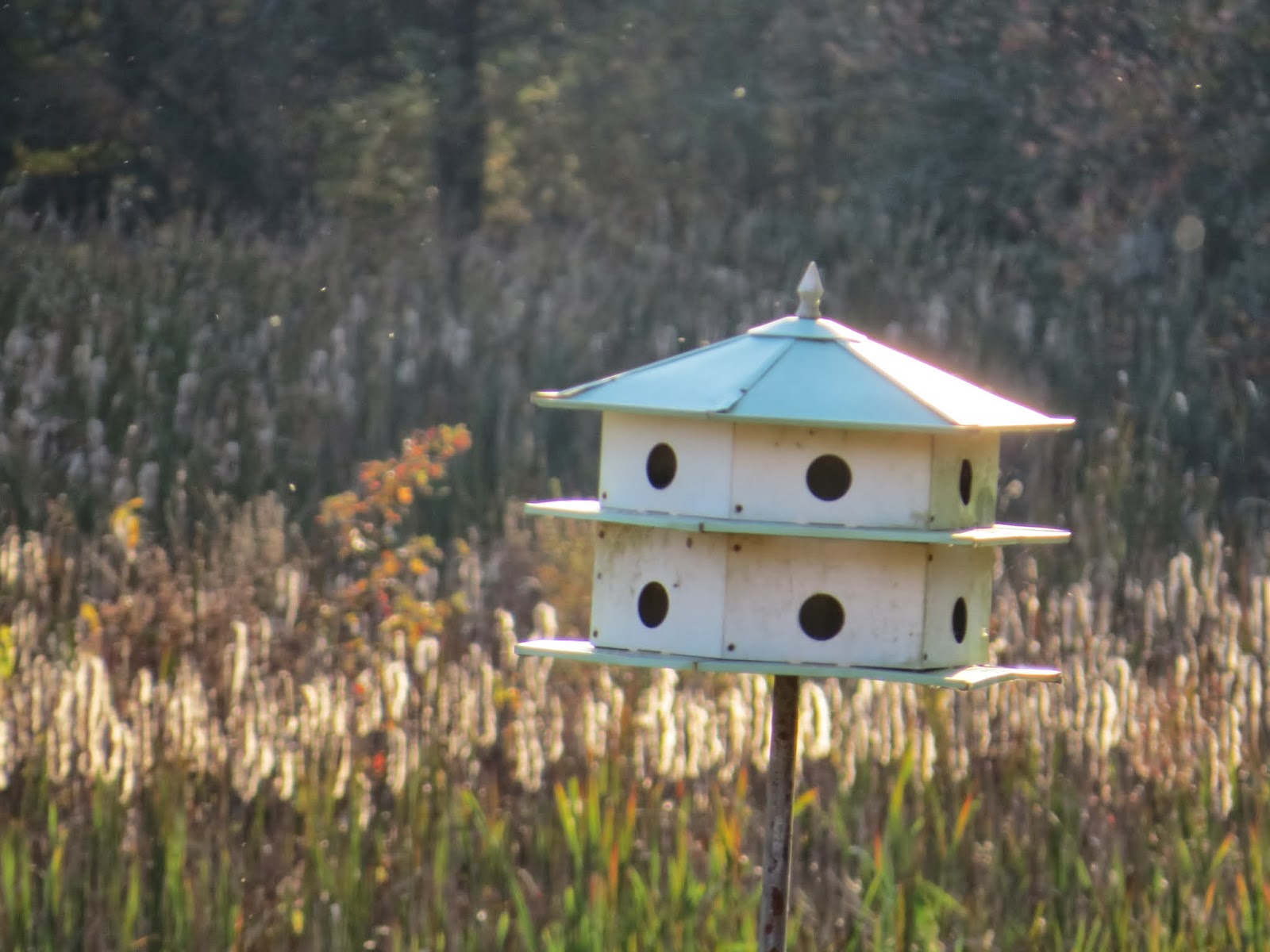 Though the periodic meetings of FORR must deal with problems like invasive species and concerns about the downward trend in migratory bird numbers, much of the discussion is a sharing of joy at what birds were recently seen, which species are becoming more numerous as the habitat improves, and which guests the birdhouses have been hosting.

(The house in the photo looks great, but the less ornamental bluebird houses scattered through the preserve have been getting more tenants.)

Lots of other posts about the refuge can be found by typing the word "rogers" (no quotes) into the search box at the top of this website.
Posted by Steve Hiltner at Tuesday, October 29, 2013