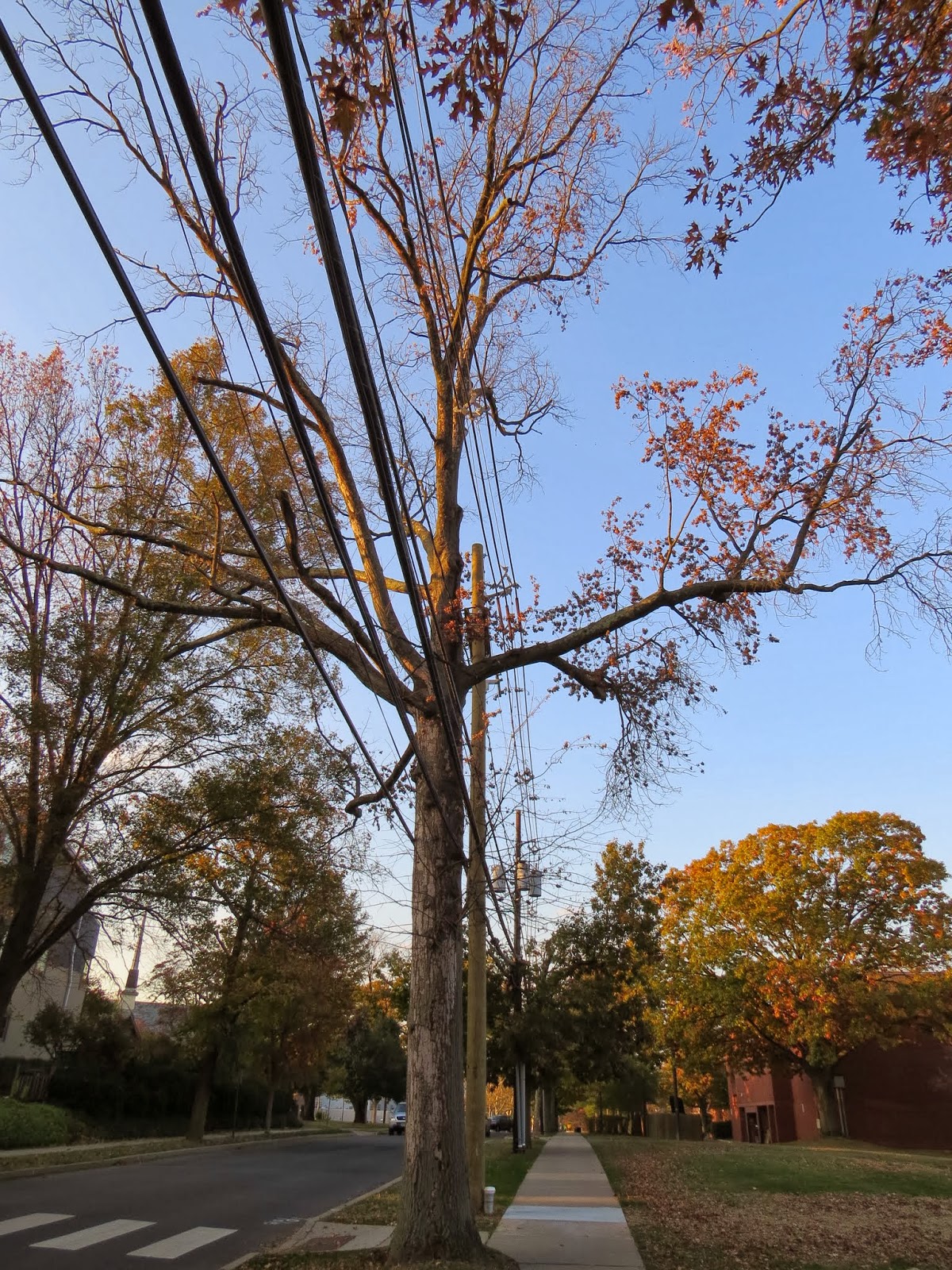 To inoculate you for the news carried in this post, I'd like to point out that wishful thinking is not the same as hope. In fact, to the extent that it postpones action, wishful thinking can be thought of as the enemy of hope. Bad news is much more easily accepted if we feel confident in our capacity to work together as a community to respond.

Princeton has a real challenge ahead if it is to keep its protective canopy of trees in coming decades. There are the losses in recent years due to storms like Hurricane Sandy, the ongoing attrition as some pin oaks and red oaks succumb to Bacterial Leaf Scorch, and then there is the gathering storm just to our west of the emerald ash borer. Through a recently completed tree inventory, Princeton can now look at the numbers, and they don't add up--the number of trees likely to be lost dwarfs the number of trees being planted.

Here are the numbers, rounded off for easier math, as presented by Bob Wells of Morris Arboretum, who directed the inventory and integrated it with an earlier survey of borough trees done by Jim Consolloy. These are only the trees growing in the street right of ways. Trees in parks, preserves, and on private property are not included. Of Princeton's 19,000 street trees, 3000 are in poor condition--unlikely to live beyond the next five years. Another 6000 are in fair condition, with an estimated life expectancy of 5-15 years. Even those trees in good condition are threatened by a growing collection of invading insects and diseases, along with the increasing weather extremes associated with climate change. For instance, some of Princeton's 1400 pin oaks and red oaks will continue to be lost to Bacterial Leaf Scorch.

Compare those numbers with the current replacement rate. Princeton purchases and plants about 60 trees each year along the streets. Its tree crew takes down about 250 trees each year in parks and along streets. The numbers offered up by the tree inventory estimates the annual loss of street trees to be a minimum of 600. By this math, we will be losing ten trees for every one being planted. And this doesn't even take into account the imminent arrival of the Emerald Ash Borer.

Perhaps most worrisome is the looming threat to Princeton's most common tree, the ash. We can expect to lose most of our 2200 white and green ash trees along the streets in coming years, plus the tens of thousands in our woodlands. The culprit is the emerald ash borer (EAB), an insect that hitch-hiked to southeastern Michigan in wooden packing crates from China, then proliferated to kill 50,000 trees before anyone knew what it was. Since its identification in 2002, EAB has been radiating out across the midwest, killing tens of millions of trees, including a relentless spread eastward through Ohio and Pennsylvania to the border with New Jersey. A map at this link shows New Jersey essentially surrounded by infestations in bordering states.

As chance would have it, the original EAB infestation occurred just north of Ann Arbor, MI, where I used to live. The city of 100,000 had to spend $5.8 million removing 10,000 trees. Interestingly, ash continue to sprout in the woodlands there, and can grow to 6 inch diameter, but the chances of their growing to maturity are slim.

Princeton has dealt with threats to trees in the past. A bacterium called Bacillus thuringiensis (BT) has been used to reduce the impact of gypsy moths. According to Greg O'Neil, Princeton's arborist, the wooly adelgid's attack on our eastern hemlocks was slowed down by pesticide, after which the pest appears to have "cycled through", allowing many hemlocks to survive.

There is, however, no known control for emerald ash borer other than individually treating each tree, and even then the results are mixed. As an added complication, Imidacloprid, the most frequently mentioned systemic insecticide for protecting ash trees, may be contributing to the decline of honey bees.

The sooner we acknowledge the depths of the challenge we face, the more proactive we can be, and the better the prognosis for Princeton's tree canopy. There are a number of actions that can be taken. Treatment for ash trees that are particularly cherished is best undertaken before the emerald ash borer arrives. To better spread the work of removal over a number of years, some of the younger or less healthy ash trees can be taken down and replaced with another species before the invasion hits. The municipality should at least be planning for the extra staff needs and the seven figure expense coming down the pike.

The big question is how to replace so many trees with a limited budget. The more gaps in the street canopy, the more pavement is exposed to the sun, which through the "heat island effect" causes the town to be hotter than it need be in the summer. At $200 a piece, new trees aren't cheap, and then there's the planting and followup care to insure they survive.

One approach I'm exploring, as a member of the Princeton Shade Tree Commission, is transplanting "volunteer" trees that sprout in people's yards. Some species are more appropriate than others, and determining where to plant them along the street requires some guidance. Perhaps we can come up with a guide, and motivated neighbors could take initiative in their neighborhood to identify gaps and work with willing homeowners to get trees planted in an optimal place and manner along the street. Given the infinite reasons that can be summoned for inaction, such an approach will only work if people see how their own needs can be met by participating in the collective endeavor of shading our streets. 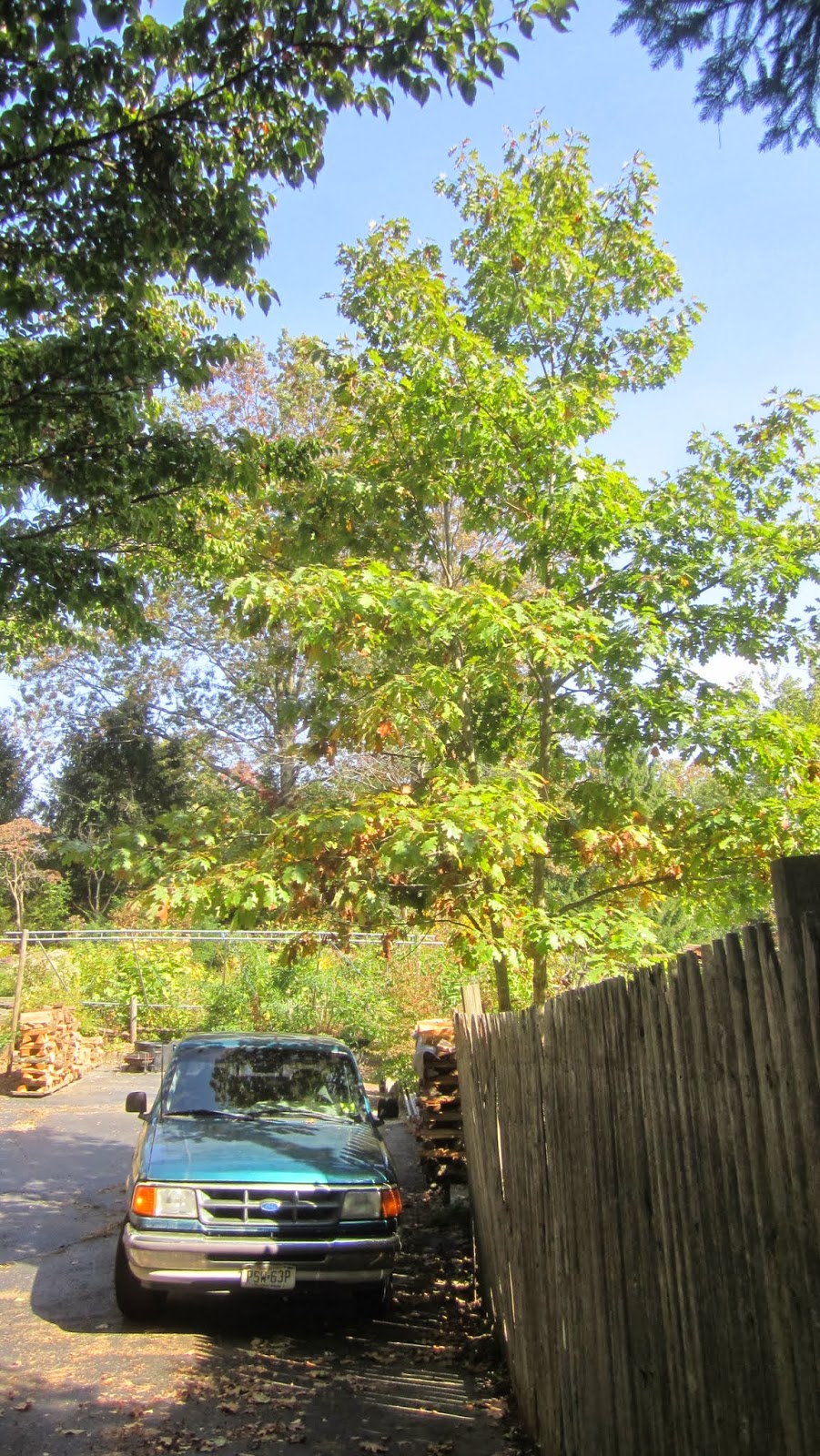 For me, the hope lies in the growth force and the natural affinity people have for trees. It's remarkable how quickly the red oak in this photo, which sprouted on its own in my next door neighbor's yard not that many years ago, has grown large enough to cast much-needed shade on our driveway.

Neighbors a couple doors down have transplanted volunteer trees to key spots in their yard--to shade the house, provide habitat for birds, and provide buffer from the street. After just a few years, they are robust young trees--a white oak, pin oak, American elm and tulip poplar. Another friend is growing a pawpaw and a fig in a sunny spot in their backyard--going for food rather than shade.

Each kind of tree has its strengths and potential drawbacks and vulnerabilities, but after years in which Princeton's landscape was dominated by mature trees, it's refreshing to see young ones coming on the scene, filling the voids, reaching for the sun. 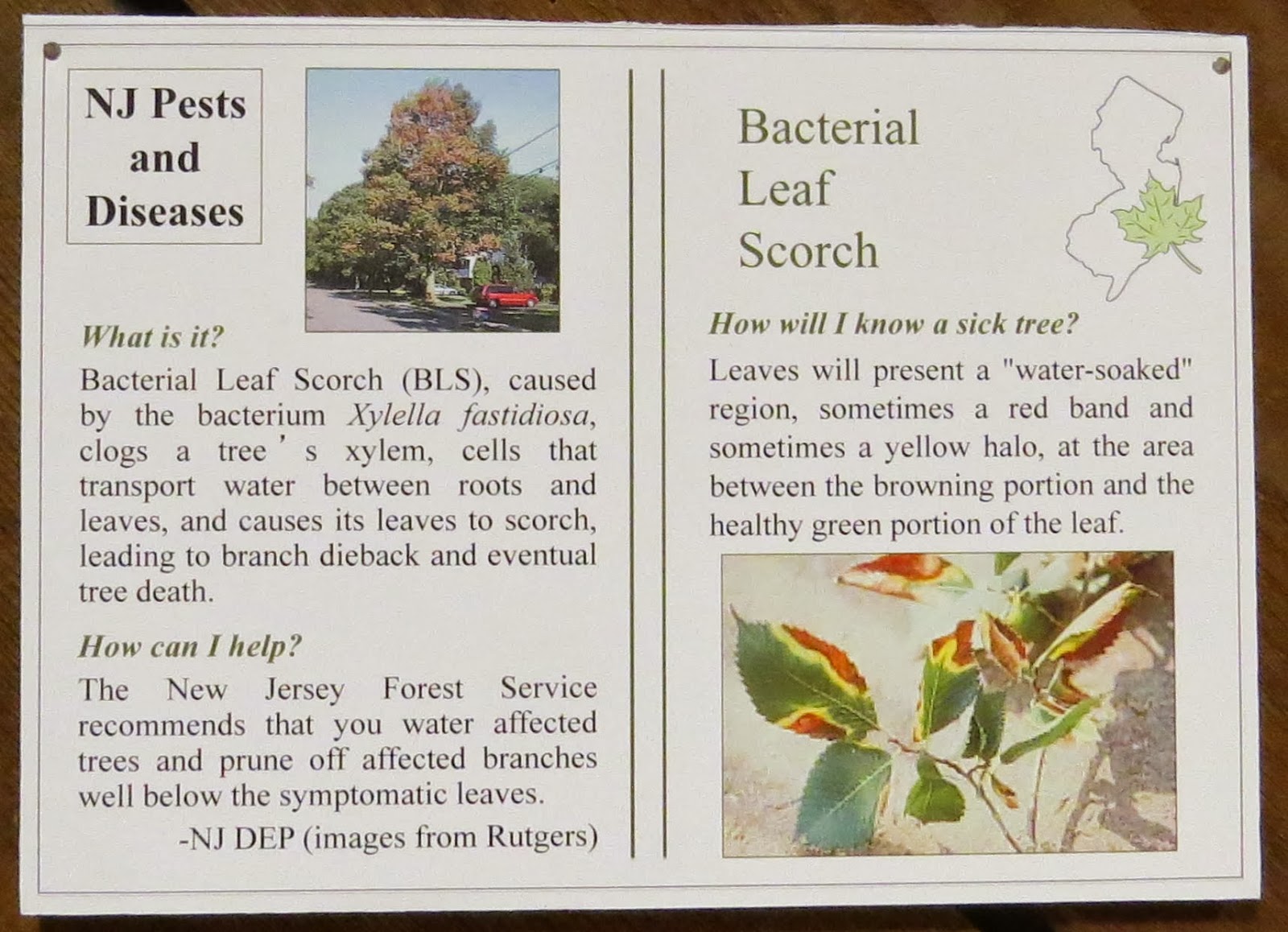 Related to this, the opening reception for an art exhibit entitled "The Fallen and Unfallen: Trees in Peril" is Nov. 1 at the DR Greenway, 5:30 to 7:30. More info here. With paintings and photographs, it celebrates trees while also identifying some of the threats they face, in little snippets of info like this one.