Poison Ivy for the Birds 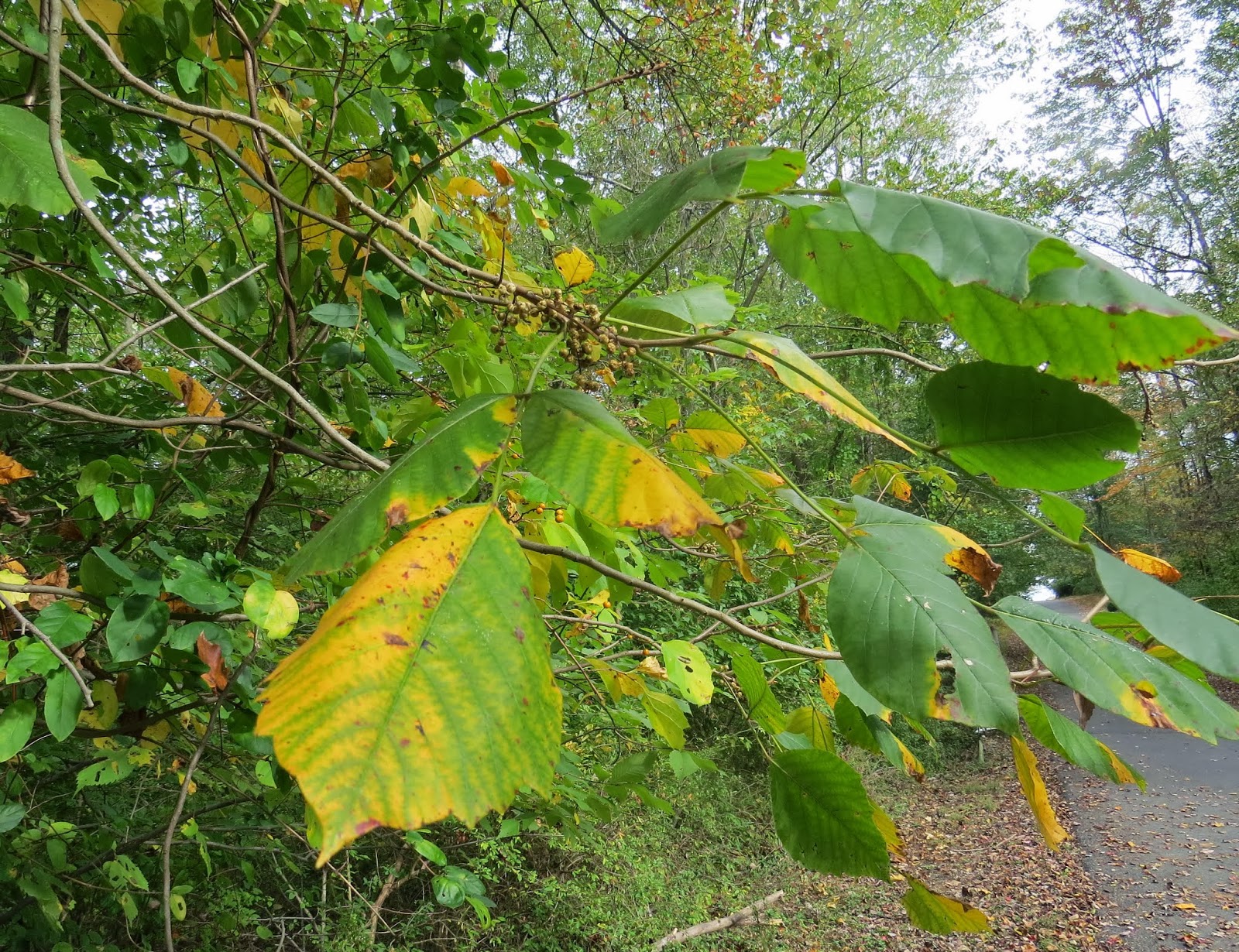 Here are the lateral branches of a poison ivy vine that has climbed a tree. "Leaves of three, let it be" is a fairly reliable rule, though there are some other plants that have leaves of three, such as box elder. 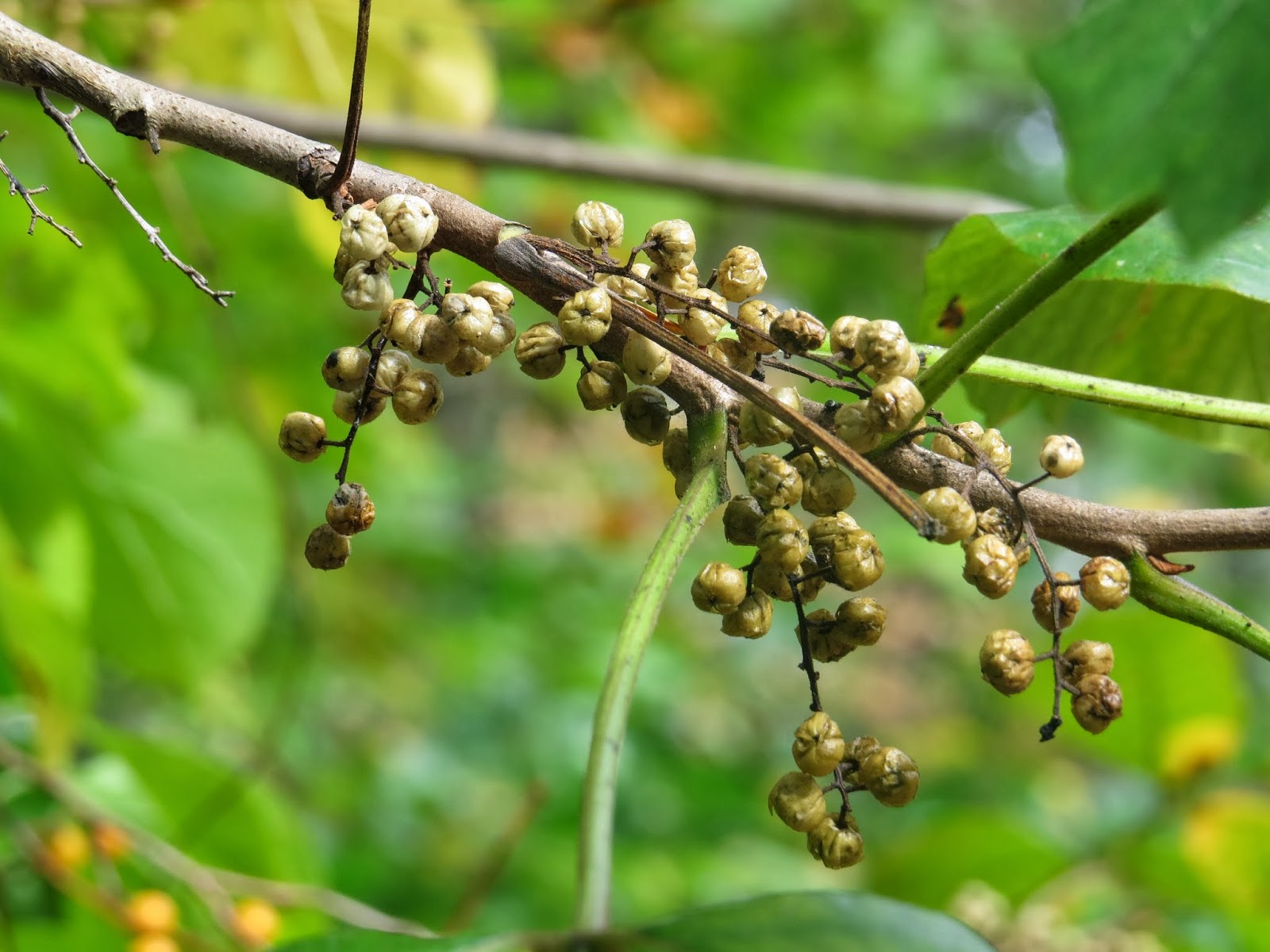 On the lateral branches you'll find white berries this time of year. "Berries of white, run in fright" is the rhyme offered by the Washington Post's illustrated guide to "Poison ivy's toxic mnemonics". Lest we vilify too much, a friend at the NC Botanical Garden writes that "poison ivy fruits are reported to be eaten by more birds than any other fruit – so it’s an important food in the general avian world." 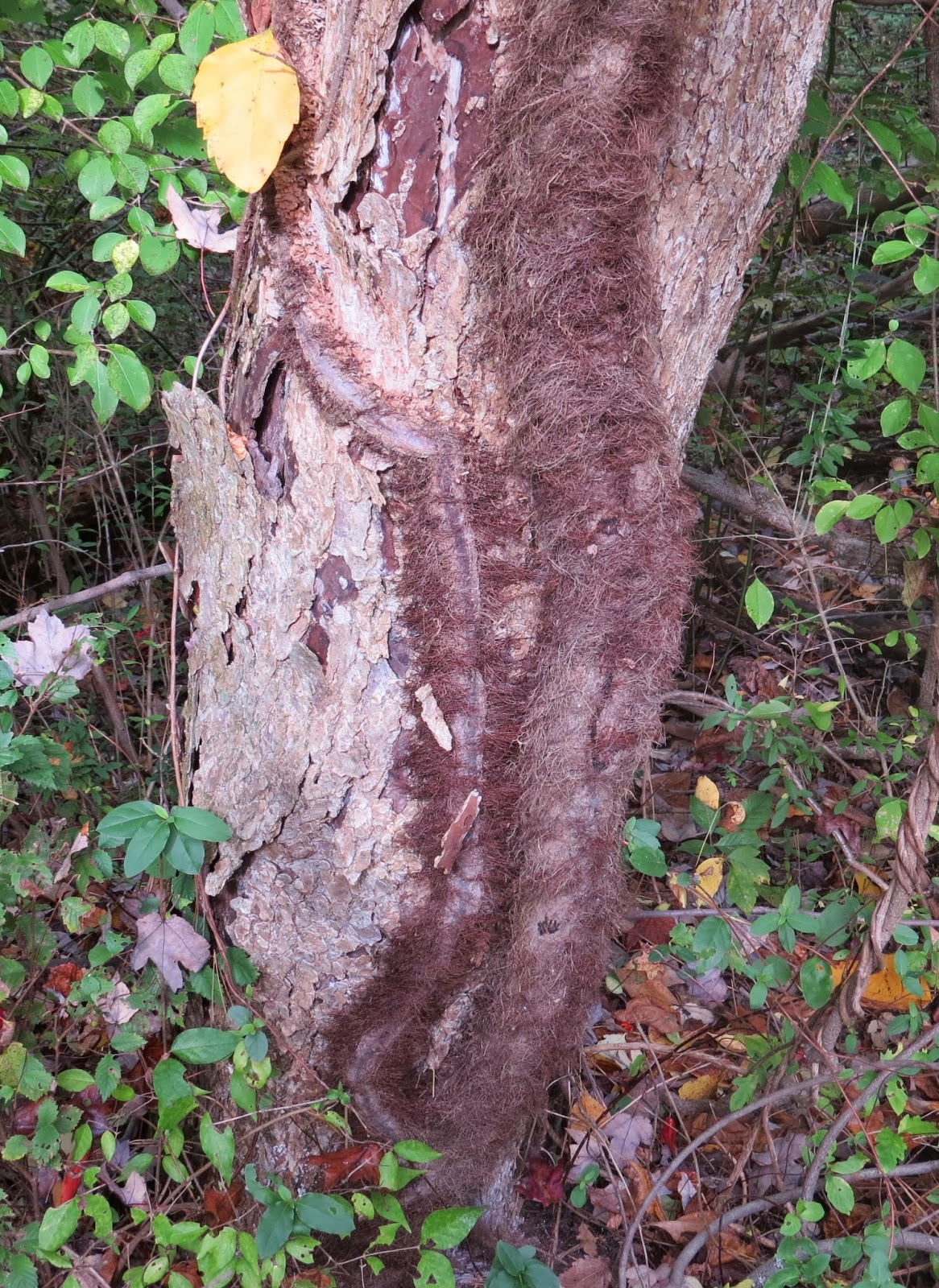 Of the hairy main stem of the climbing poison ivy vine, the Post article says "Hairy rope, don't be a dope", but the one I've heard is "If it's hairy, it's scary."

One scary result of research referenced in the Post article is that poison ivy grew twice as fast when exposed to 2007's atmospheric carbon dioxide levels, compared to 1950's concentrations. This begs the question of how other plant species are responding to our 40% increase in carbon dioxide levels in the atmosphere. 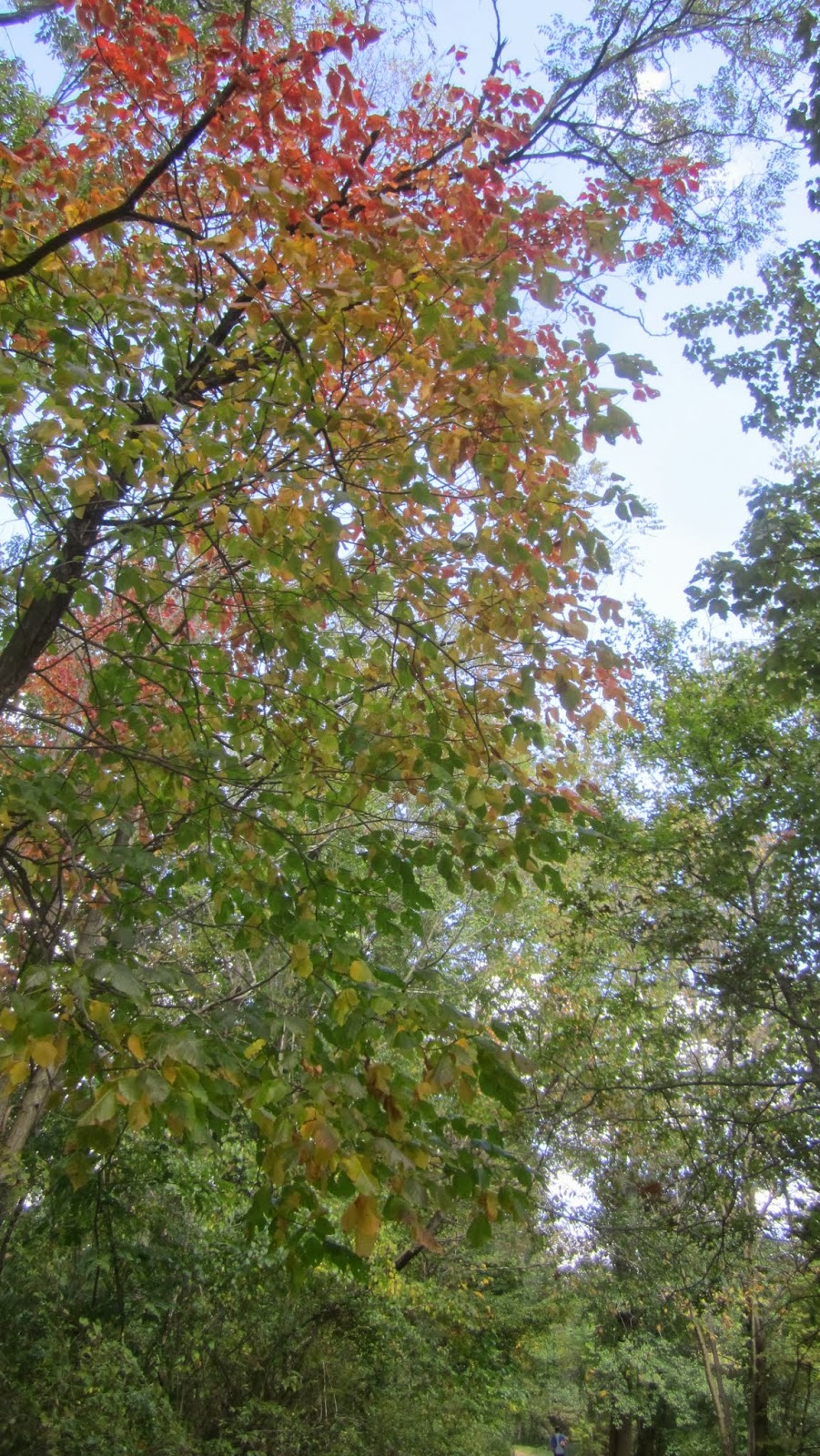 The lateral branches of poison ivy can be mistaken for the tree that the vine is using for support. Along the towpath, this gradient of autumn color from top to bottom suggest that the upper leaves get more sunlight, and so have a richer fall color. Some poison ivy leaves turn a brilliant orange in the fall.