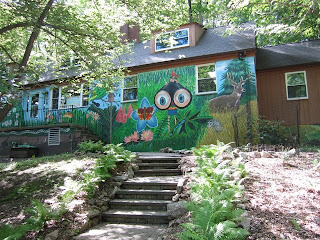 Drive 30 miles north on Route 206 to Schiff Nature Preserve, and you will be greeted by a kid looking at you through a very bug-eyed pair of binoculars. 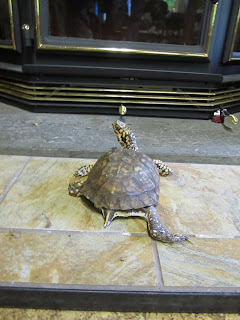 Inside, watch your step, lest you bump into the resident box turtle out for a stroll. 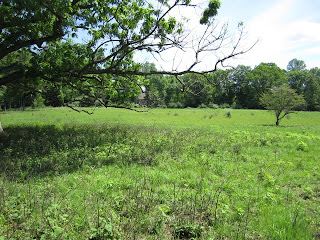 I was there for a management planning workshop that included a walk through their fields and woods, both of which, by the way, are managed with prescribed fire. Historically, fire was a natural and largely beneficial form of disturbance throughout North America. 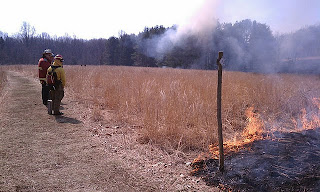 Here, in a photo supplied by the Schiff preserve manager, is what the meadow looked like on March 21, when professional fire crews conducted the prescribed burn. 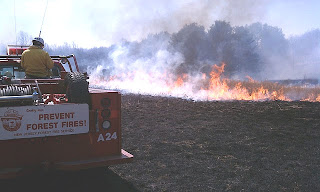 Unmentioned in nearly all media coverage is that destructive forest fires often follow decades of fire suppression, during which fuels accumulate to dangerous levels. As you can see on the back of this forest service truck, Smokey the Bear approved of this intentional and carefully planned burn. 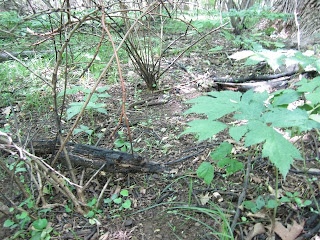 In a woodland, low-level fires are aided by the persistent leaves of oaks, which have also adapted to fire by evolving thick fire-resistant bark. This picture shows how elegant fire can be as a management tool when carefully applied. Native species are sprouting amidst the dead stems of exotic invasive shrubs. 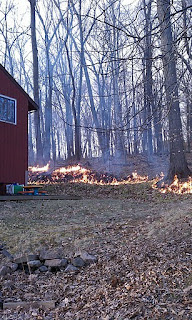 It may seem shocking at first that fire would be allowed so close to a building, but the crew knew what they were doing. You can see how low the flames are, as they burn through leaf litter from the year before. 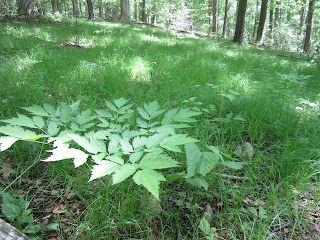 The result over time is the park-like landscape early western explorers of North America told of, with broad expanses of Pennsylvania sedge and wildflowers like black cohosh.

You'd think the neighbors living in expensive homes just down the hill from this woods would have raised concerns about danger and smoke, but the spring burns are a tradition at Schiff. Information is distributed beforehand to all neighbors, and the burns are conducted by trained forest service crews, with the local fire department standing by.

As one who has participated in prescribed prairie burns in Michigan and North Carolina, I was glad to see fire being used to good effect in New Jersey as well.
Posted by Steve Hiltner at Sunday, June 12, 2011