A Walk At Mountain Lakes 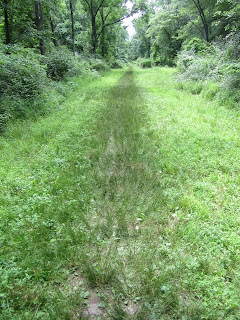 Recent walks through Mountain Lakes led us down paths paved with path rush, a short, dark-green grass-like plant that survives foot traffic better than other plants. 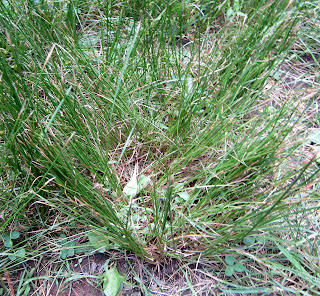 Close up, it has this squashed, angular look. 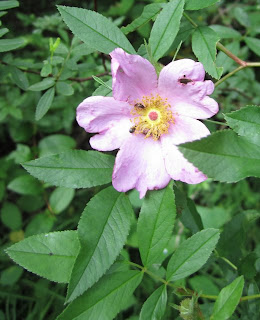 Usually, stopping to smell the roses proves to be a forgettable experience, given that fragrance has been bred out of most roses. But the swamp rose has escaped the breeders and rewards anyone who wanders into the low, wet, sunny places where it grows. 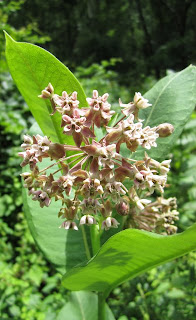 Common milkweed is another wildflower that survives where trees have not claimed all the sunlight. 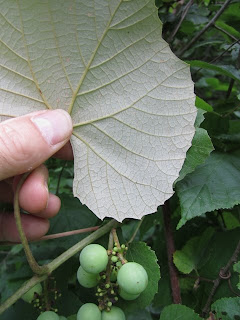 We also found a fox grape (Vitis labrusca), that had some very promising-looking berries developing. For identification, it helps to look at the underside of the leaf, which is white/tan instead of green. Concord grapes are bred from fox grape. 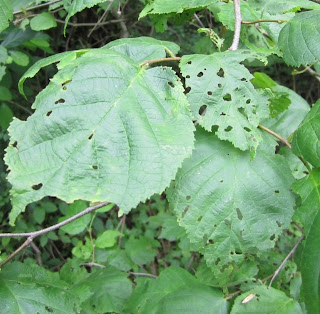 We also saw a hazelnut shrub that is kindly donating a portion of its leaves to the food chain. 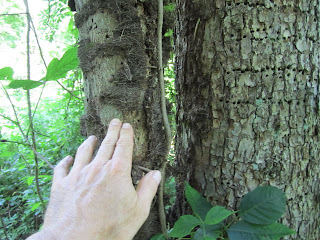 Part of gaining some woods savvy is learning to recognize poison ivy in all its forms. Here, it has grown up the side of a pear tree next to the creek. The poison ivy "trunk" is hairy, which rhymes with scary, while the horizontal rows of holes on the trunk of the pear tree speak to past visits by sapsuckers. I'm not actually touching the poison ivy, but if I did I'd rinse my hand off in the creek within twenty minutes or so, to avoid getting a rash. 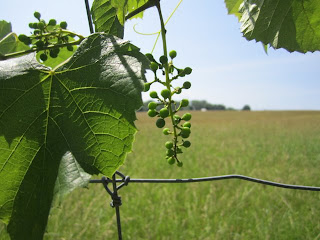 Head downstream from Mountain Lakes and you eventually reach the long boardwalk to the Great Road, where a smaller kind of grape framed a view of Coventry Farm. 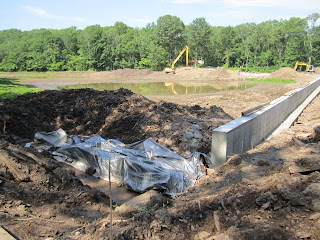 Where the lower dam is being rebuilt, we were hoping to see the old ramp, recently discovered, upon which the big blocks of ice were hauled up into the barns in the early 1900s (see earlier post), but the artifact has been covered with a tarp, in preparation for reburial. The best way to preserve it, reportedly, is to cover it up again with muck and lake water.
Posted by Steve Hiltner at Monday, June 27, 2011