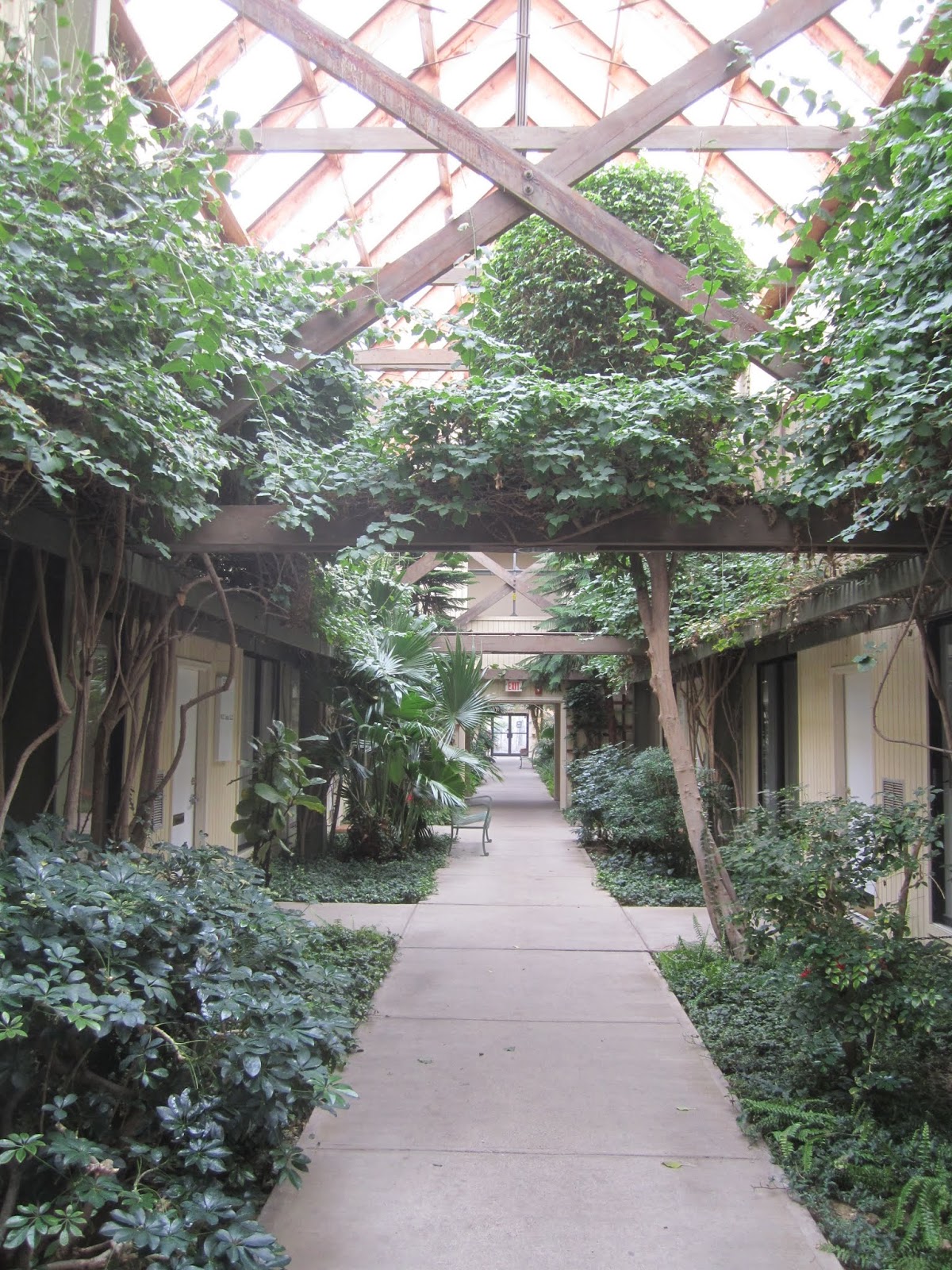 For years, the atrium plants at this office complex up Ewing Street have provided a verdant corridor on the way to my daughters' dental appointments. 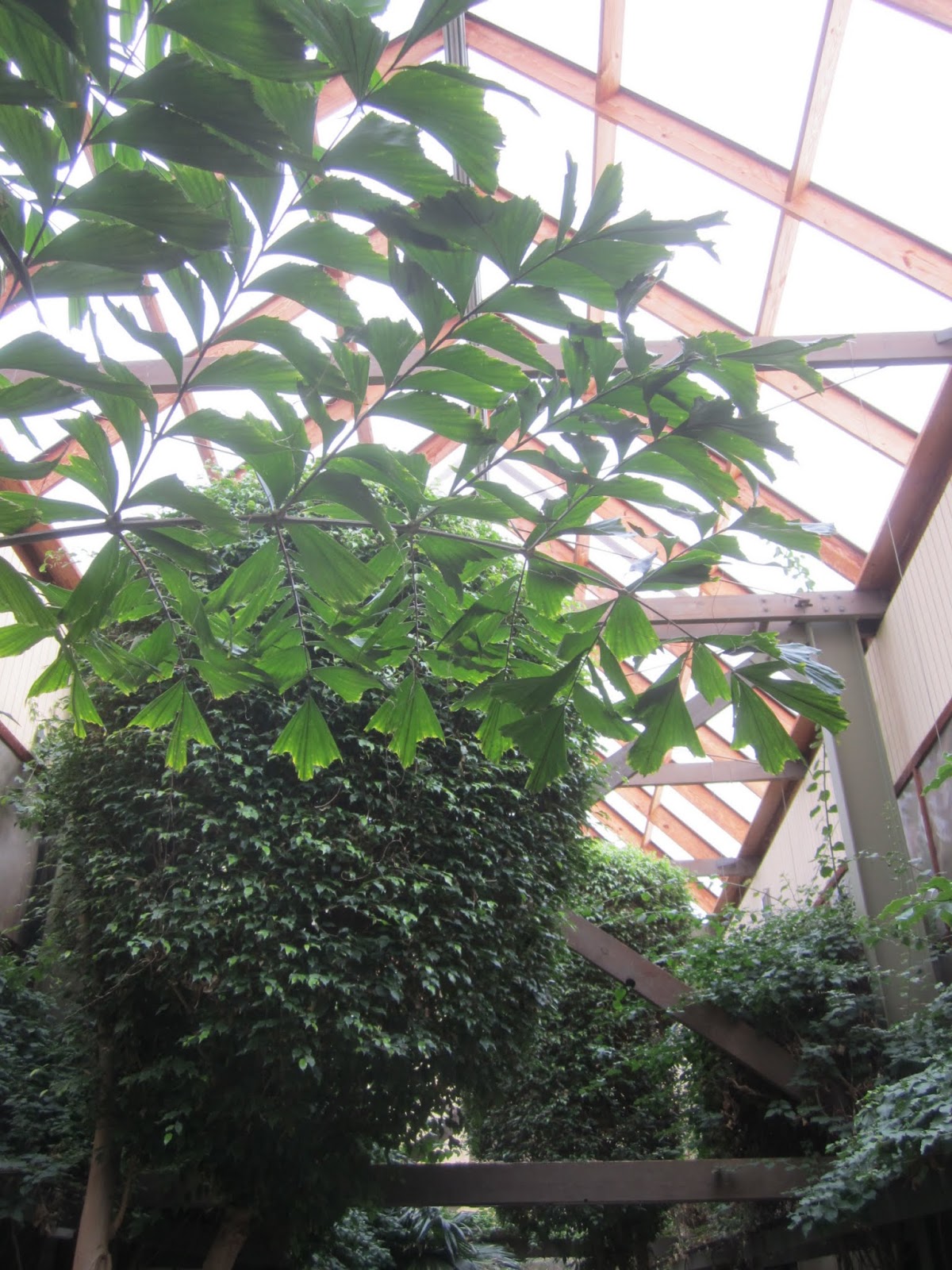 Tall specimens of fishtail palm and fig tree (Ficus benjamina) remind me of the time I volunteered at a botanical garden to research biological controls to deal with their plant conservatory's pest problem. The large conservatory was a paradise under siege, packed with orchids, towering palms, and other lush tropical plants of every description draped over the fountains and reaching for the sky.

A closer look, however, revealed that a war was going on. The greenhouse sheltered not only plants through the Michigan winter, but also legions of spider mites, aphids, scale, white flies and mealybugs that had grown immune to an arsenal of pesticides. Each week, a mild mannered horticulturist would don a moon suit and fog the whole conservatory with a cocktail of chemicals. And each week, the insect pests shrugged it off and went back to sucking the plants' juices.

This being in the pre-internet era, it took weeks of phone calls and correspondence to gather information about parasitic wasps and ravenous ladybugs and lacewings that could take the place of toxic sprays. Meanwhile, the conservatory staff were using me as a sounding board for all their complaints about each other, convincing me that humans can be miserable even in a northern winter's version of tropical paradise. 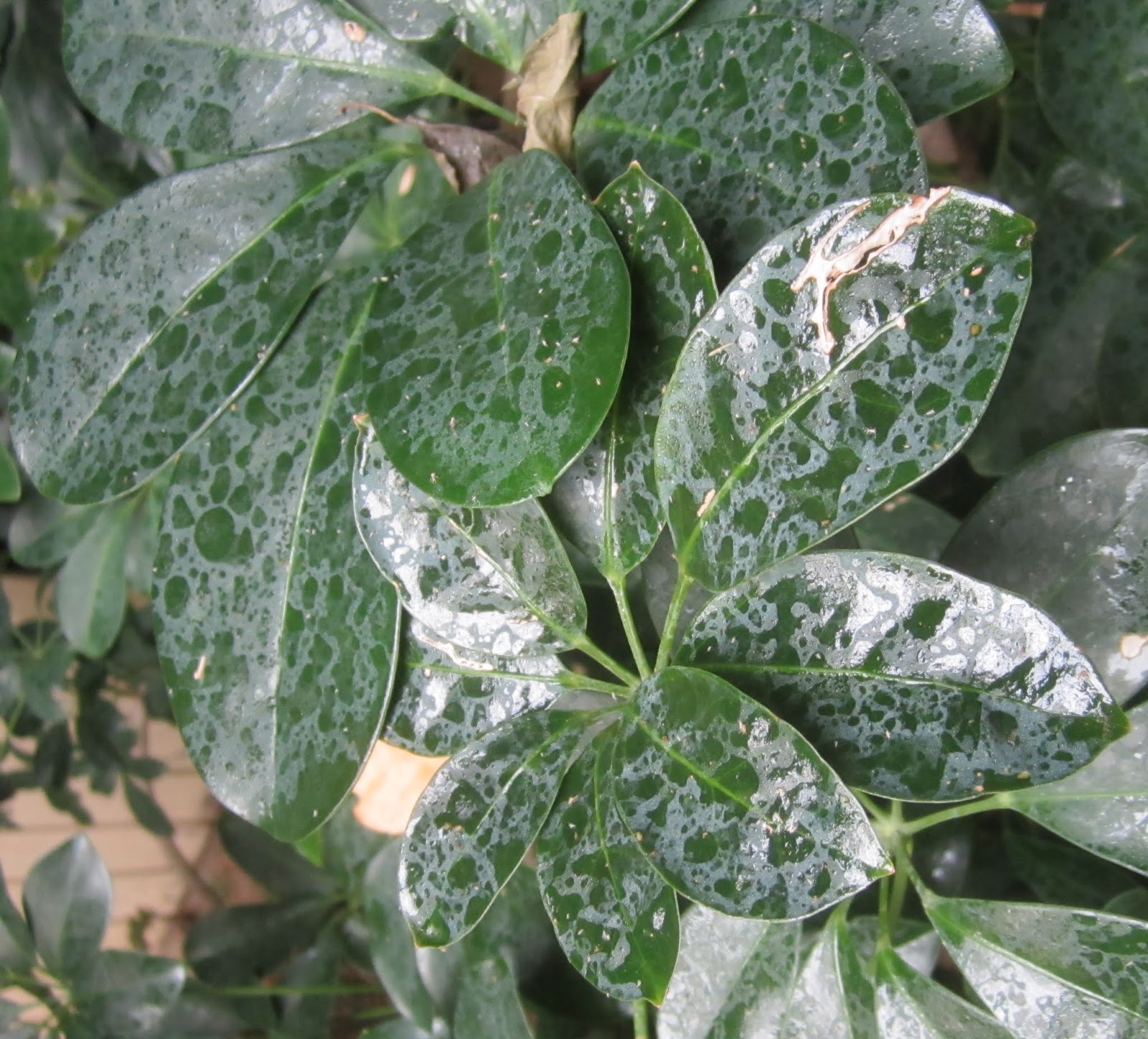 With that experience as a baseline, I've been impressed with how the atrium at the office complex has remained consistently verdant over the years, where given the medical setting they probably use little beyond Safers Soap to control pests.

This last visit, though, I noticed the characteristic blotching on an umbrella plant. 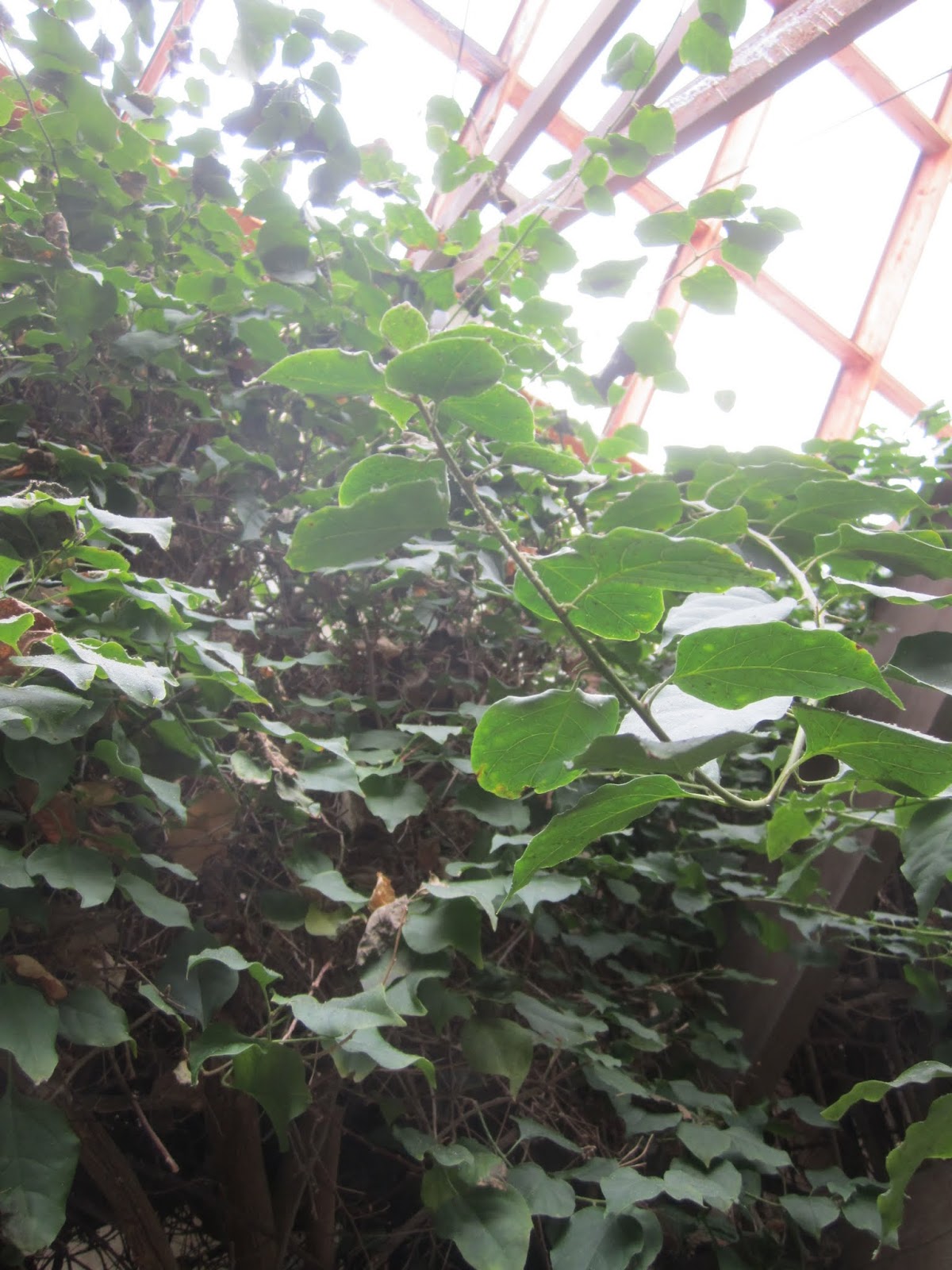 A sticky substance was dripping down from the bougainvillea above, which while looking healthy enough was also playing host to a colony of aphids. Since the plant juice the aphids are sucking is low in proteins, the aphids have to consume a lot of sap to get enough protein, all the while excreting the excess fluid as a sticky substance called honeydew. 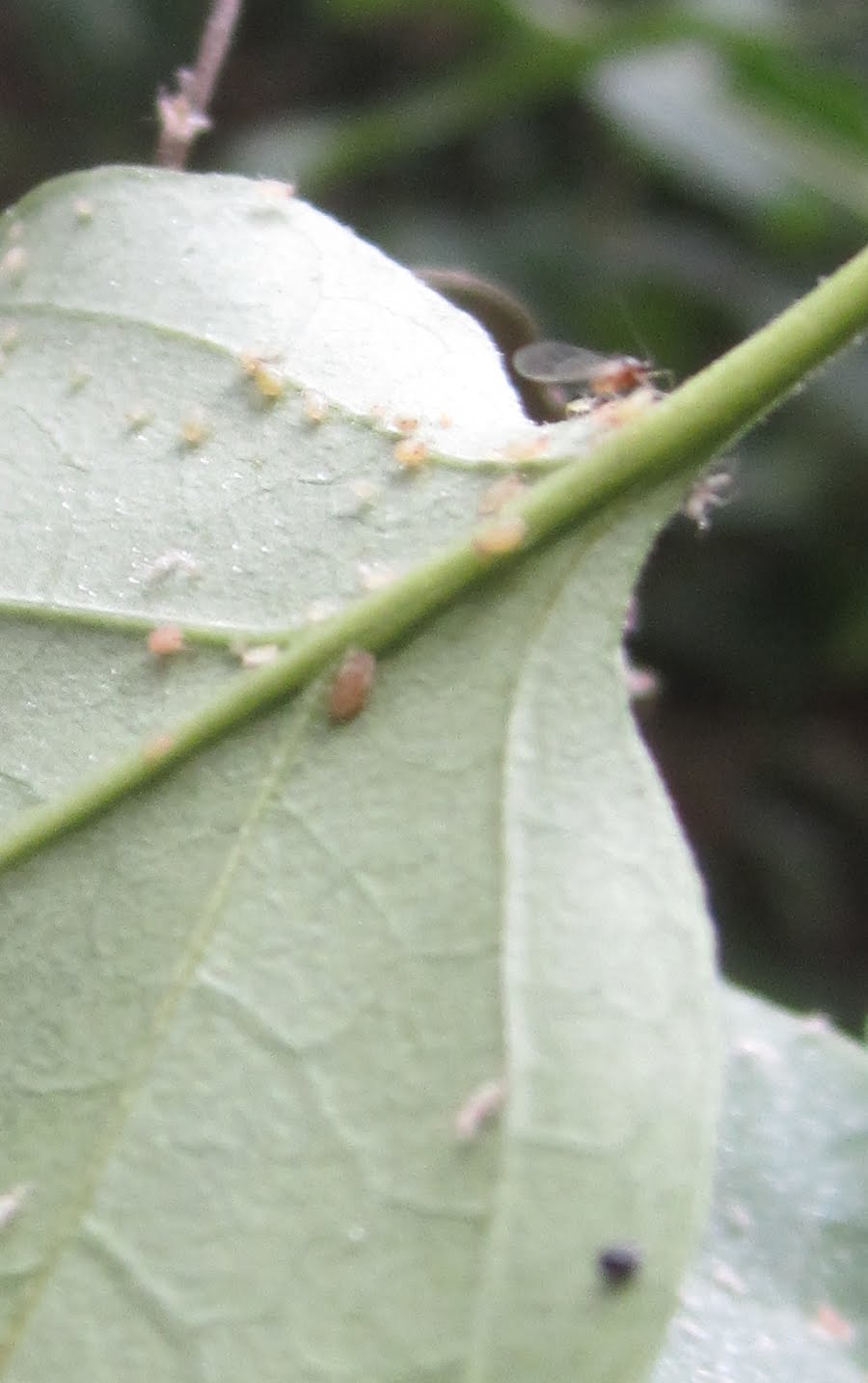 Here's a fuzzy shot of the aphids on the backside of the leaf, including a winged adult that will fly off and look for a new plant to colonize. 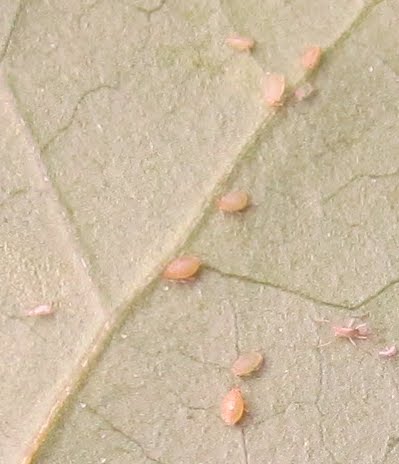 I asked the dentist's receptionist about who takes care of the plants. She gave the service a rave review, saying they'd never had a problem with pests. I broke her bubble reluctantly. There's some pleasure in remaining oblivious to these sorts of things, but at the same time it's more interesting to know that something dynamic is going on in what otherwise looks like a static planting. Otherwise, one has to settle for the magazines in the waiting room for diversion.

Hopefully, word will get to the plantcare people, some soapy water will be used to kill the aphids by dissolving their waxy coats, and the next chapter of that plant-filled atrium's story, to be read on the next visit, will be "problem caught early, problem solved."

As a salve for winter weariness, follow herein  the travails of a snowbound family. With unrelenting snow obliterating the features of the...