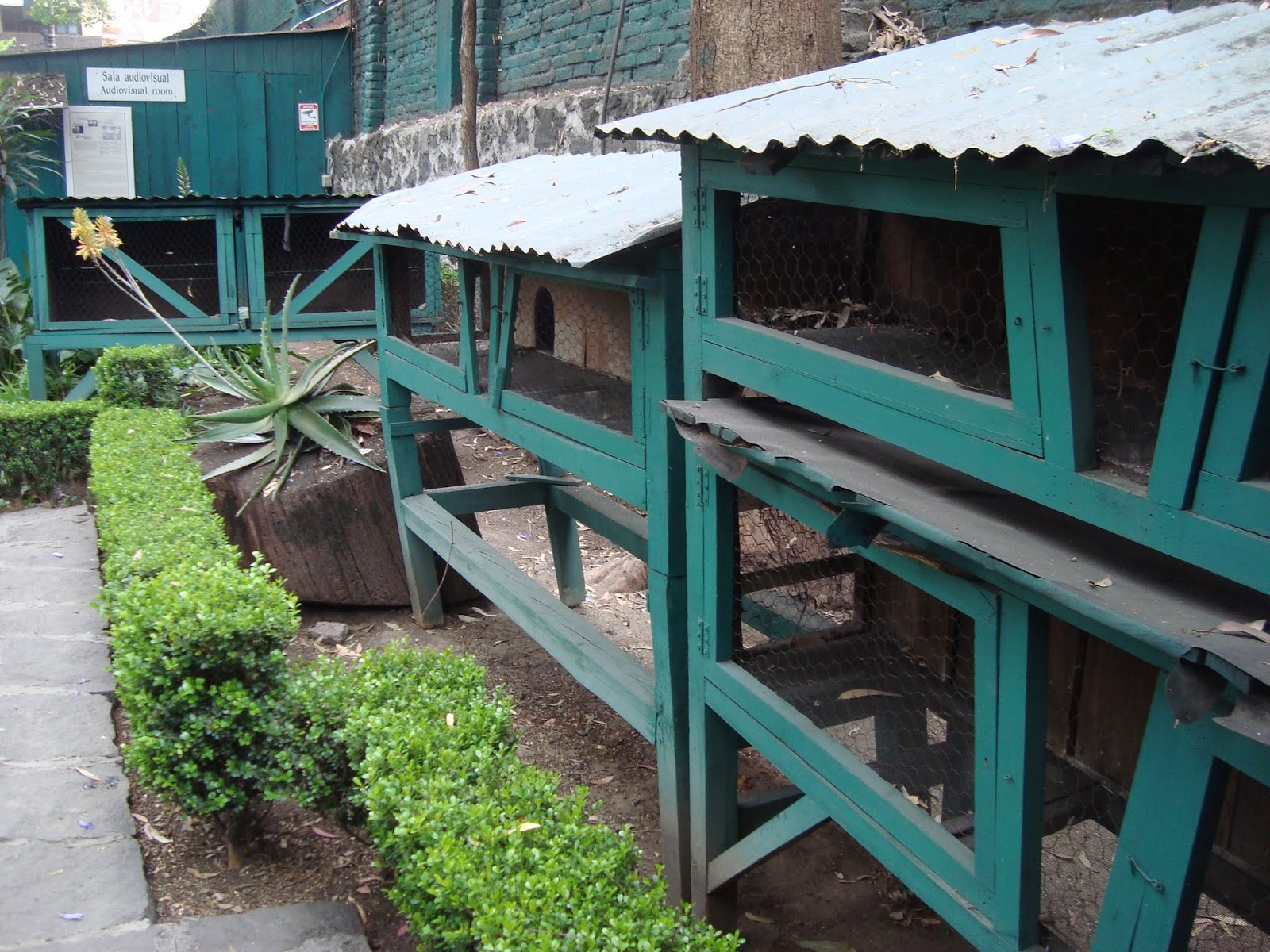 During a recent visit to Coyoacan, a historic neighborhood in southern Mexico City that once served as Cortez's home base, we passed by the long lines at Freda Kahlo's house and walked a few extra blocks to check out the walled-in house and courtyard of another historic figure, Leon Trotsky. The Russian revolutionary spent the last three years of his life in exile in Mexico, where he was granted asylum at the behest of Diego Rivera. 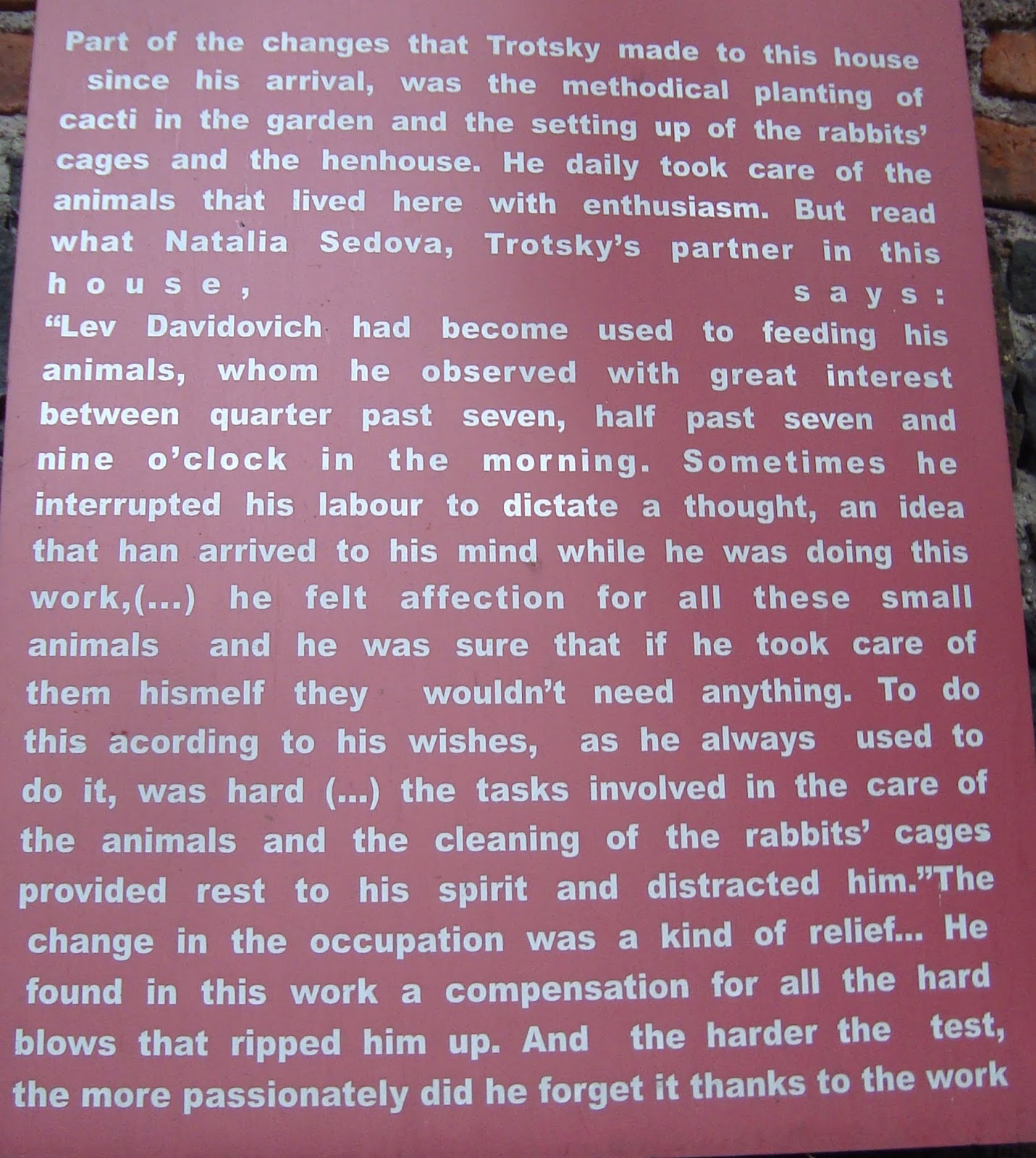 Turns out he raised chickens and rabbits, which he spent the first hour or so of every day caring for. The physical work and interaction with the animals "provided rest to his spirit and distracted him", but it also may have helped stimulate his thinking: "Sometimes he interrupted his labour to dictate a thought, an idea that had arrived to his mind while he was doing this work."

That connection between hand and mind, manual work and intellect, is one of the rewards of not outsourcing all manual work, and exploring which aspects of lifestyle are worth adopting from past eras when machines were less ubiquitous. 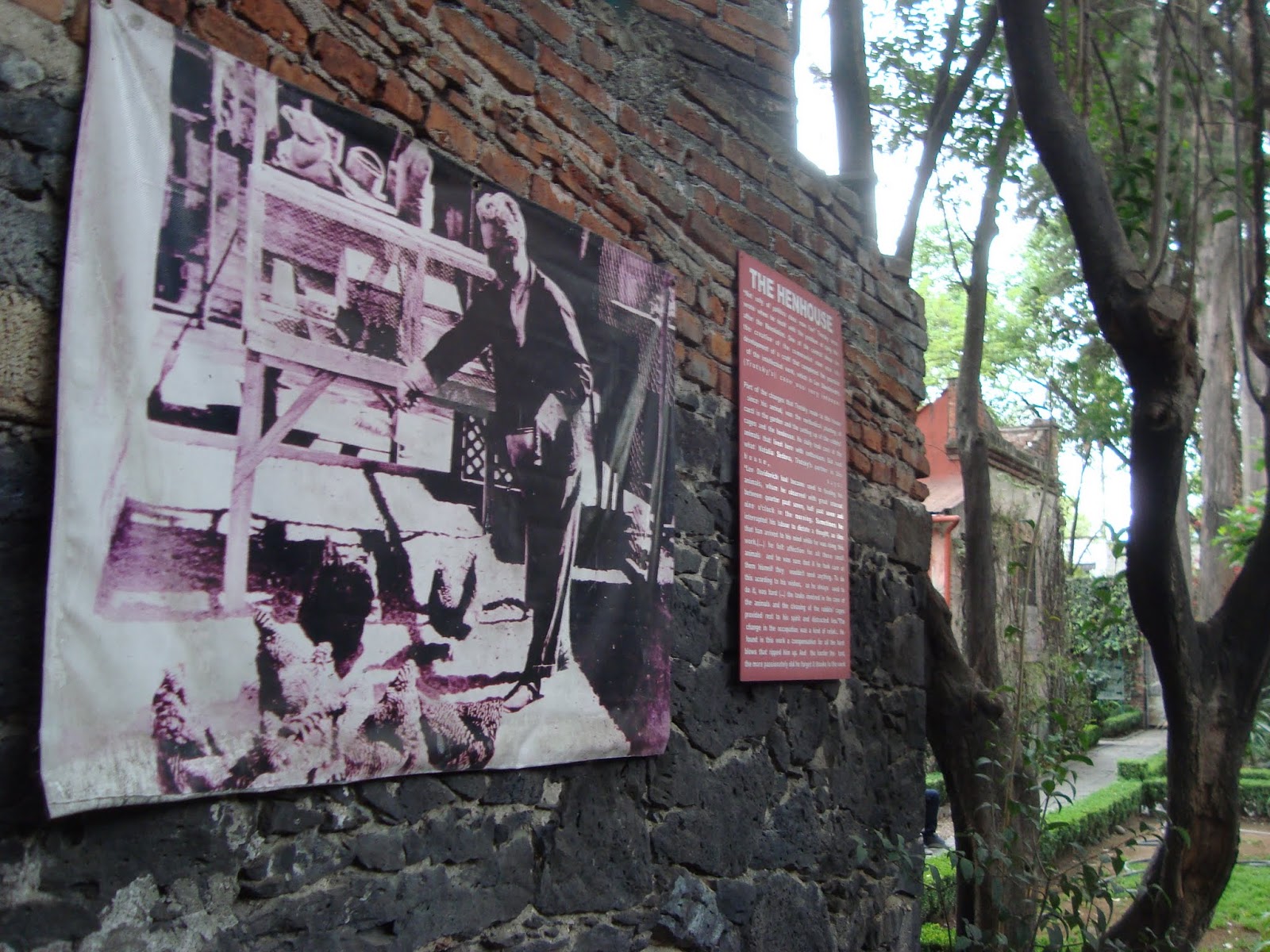 Raising chickens and rabbits may also have helped him survive increasing seclusion, given that the danger of attack by an agent of Stalin made any venturing outside the walls of his compound risky. His falling out with Stalin led to his exile, and the assassination of nearly all of his family members, including finally himself when a Stalin agent penetrated Trotsky's inner circle in 1940. 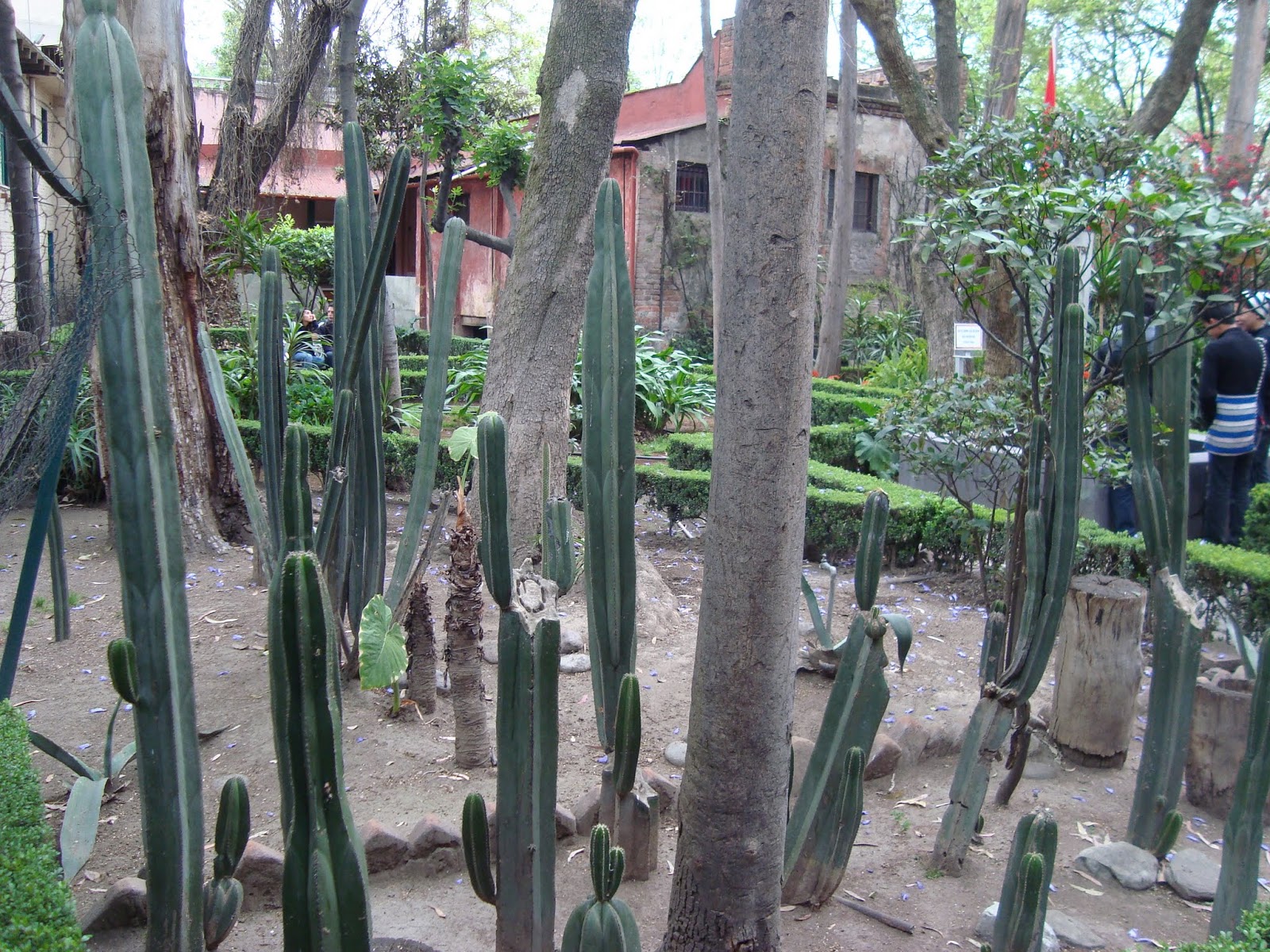 Trotsky was also in to cacti, which he had dug up from surrounding hillsides that surely have long since been engulfed by urban growth. Afterwards, we waited out the lines at Freda Kahlo's house, and found therein, tinged with rant, her expression of connection with people who use their hands to make a living.
Posted by Steve Hiltner at Monday, March 25, 2013