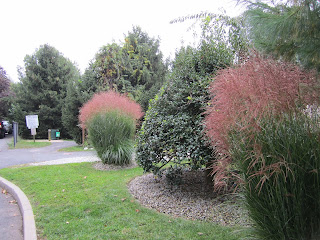 Back in October, Maiden Grass was in its glory. Native to Japan, it was popularized in the U.S. in large part by Washington, D.C.-based landscape architects Wolfgang Oehme and Jim van Sweden. They promoted a new kind of landscaping dominated by ornamental grasses mixed with perennials like Joe-Pye-Weed and Sedum "Autumn Joy". 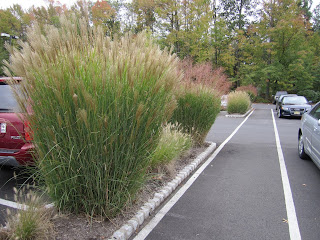 Like cabbage, which was bred to make kohlrabi, broccoli, Brussels sprouts, etc., Maiden Grass is the same species (Miscanthus sinensis) as the less frequently seen zebra grass and porcupine grass.

After publishing their book on this new approach to landscaping, Oehme and van Sweden went on a speaking tour. I remember their presentation at the University of Michigan, probably back in the 1980s. During question and answer, one member of the audience, after seeing photos of giant exotic grasses planted next to a native wet meadow, asked if there was any concern about the grasses becoming invasive. The authors claimed not. 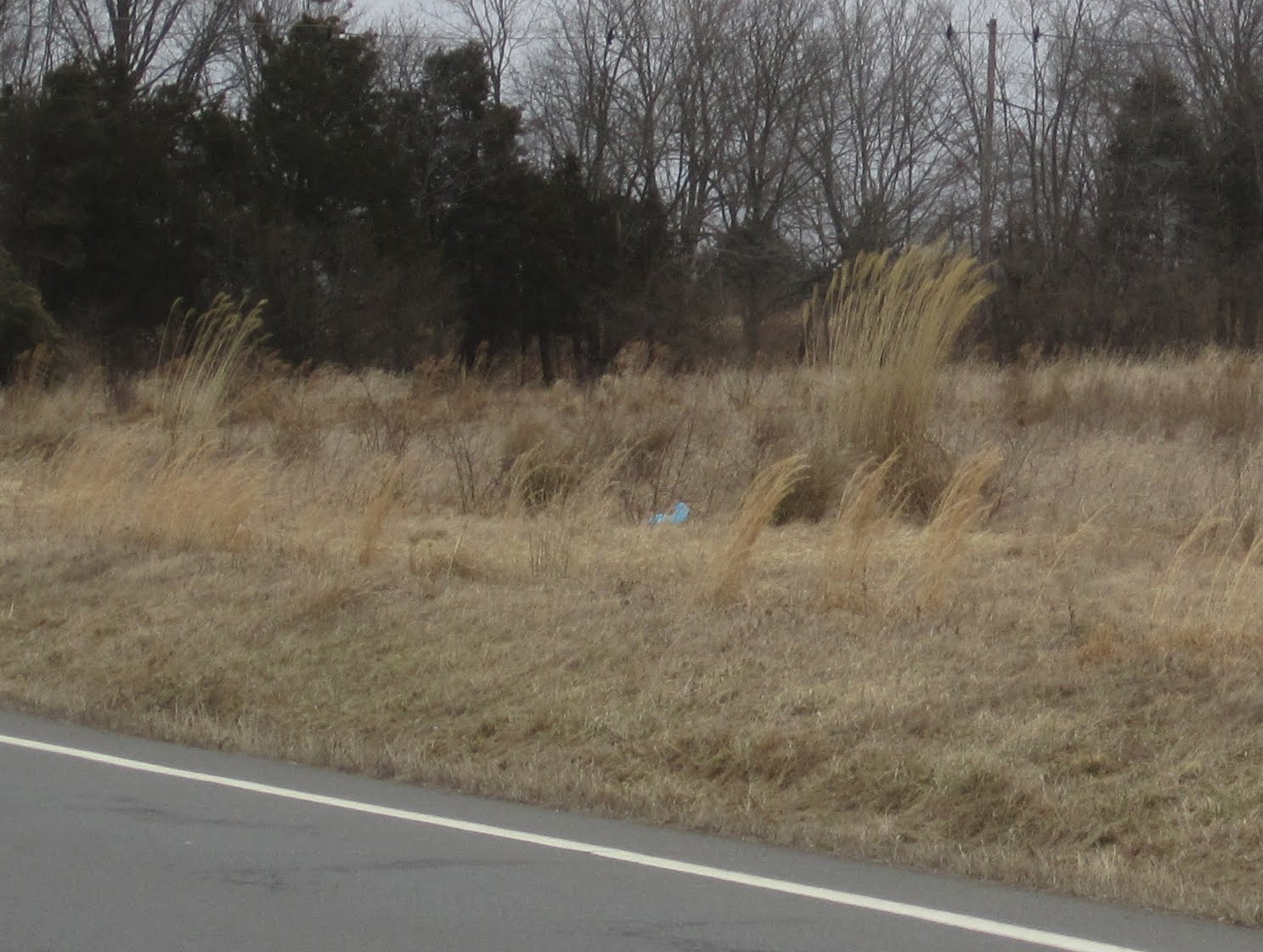 Since then, I've kept my eye out for instances where these robust, beautiful grasses have turned invasive. In most cases they have not, but I remember a field outside of Providence, Rhode Island filled with them. And though they haven't spread in the NC piedmont, they have become highly invasive on and around Mitchell Mountain, which is a slightly higher altitude and may have different soil type.

There aren't any dramatic examples of invasion in the Princeton area that I know of, but on the road from Princeton to Lambertville I noticed a couple of them apparently self-seeded in a field. In this photo, you can see how the Maiden Grass (two specimens in the back) dwarf the native bluestems (same tawny color) closer to the road.

If Maiden Grass eventually does become invasive, the same robust qualities that make it attractive in the landscape will cause it to outcompete the native grasses, many of which are necessary food sources for insect species that typically don't consume exotics even if abundant.

For this reason, and a desire to focus on natives, I stopped planting Maiden Grass. Some native grasses that have been bred for form and beauty are many varieties of switch grass, and purple muhly (Muhlenbergia capillaris). River oats is another ornamental native, though it can sometimes start seeding in aggressively in the flower bed. You may see the native prairie grasses Indian Grass, Big Bluestem and Little Bluestem growing in fields around Princeton. The first two are tall and attractive in masses, but tend to flop a bit if one tries to use them in an ornamental context. Little Bluestem is shorter, keeps its shape better, and has a delicate beauty to it.
Posted by Steve Hiltner at Wednesday, March 13, 2013