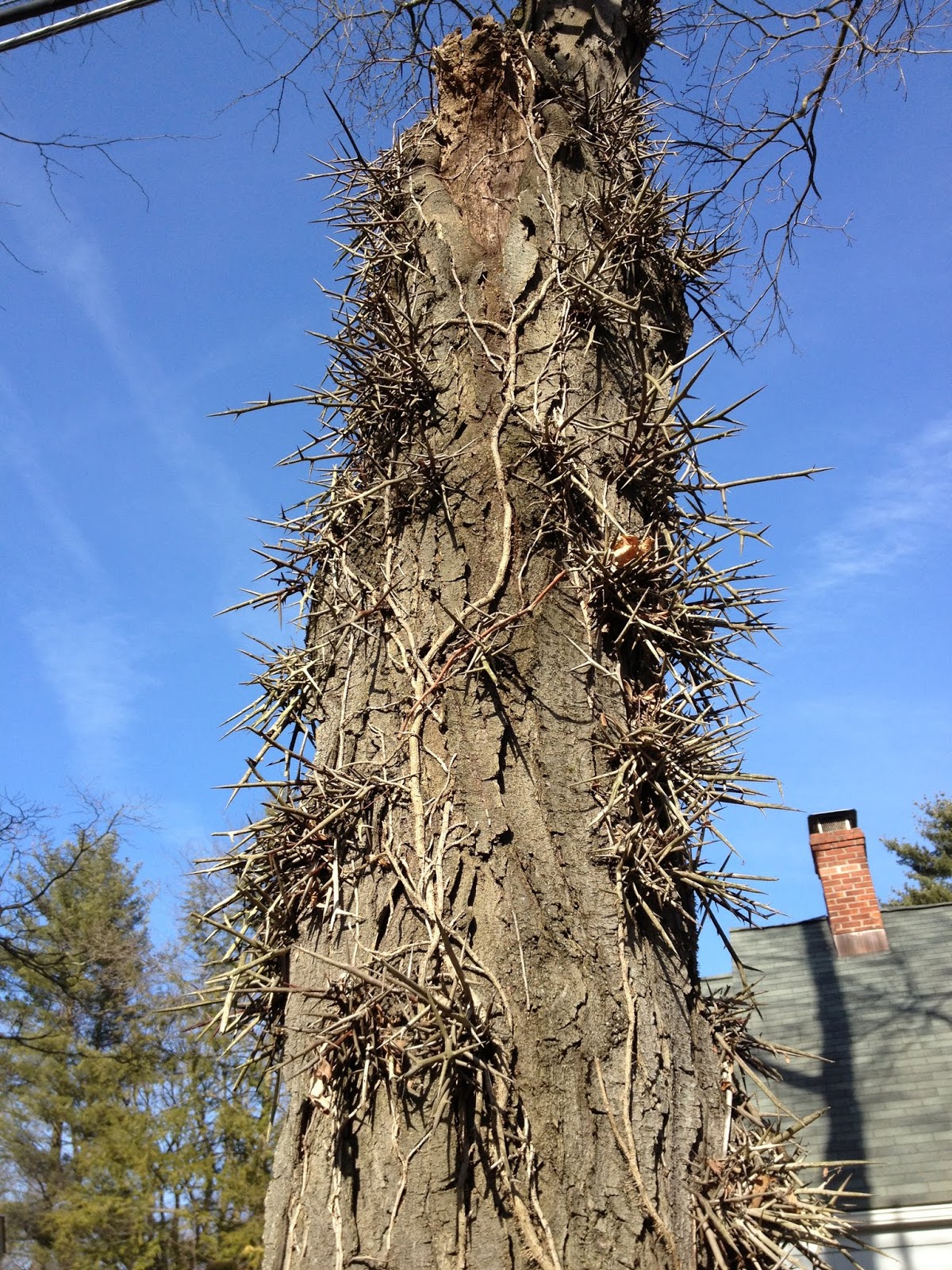 Why is this honey locust on Snowden Lane so bristly? The very nasty thorns once protected the tree from giant ground sloths and other megafauna common in America until about 13,000 years ago. Other trees with thorns that may once have served such a purpose are Osage-orange and hawthorn.

The extinction of some 40 megafauna species in the late Pleistocene may help explain why tree species like Kentucky coffeetree and Osage-orange are now rare. The animals that once ate and dispersed their fruit no longer exist. 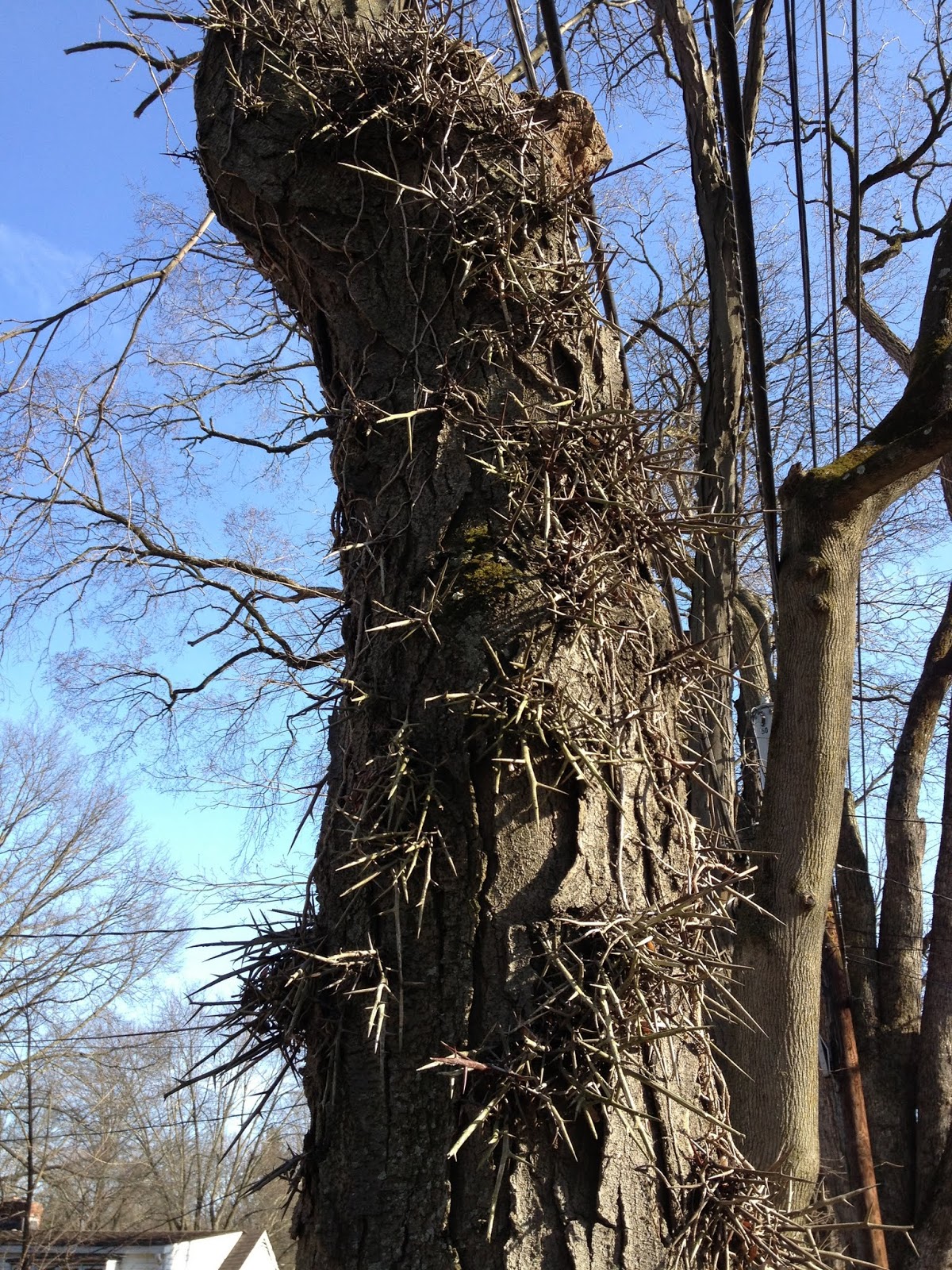 An internet search led to a wonderful article on native trees adapted to giant mammals that no longer exist, likely due to overhunting by the first human immigrants to America. My pet theory is that the first American inhabitants, after driving many large prey species to extinction, learned to be better stewards of the land. Arrival of westerners precipitated a similar predatory overstepping and wave of extinctions, such as the passenger pigeon and the Carolina parakeet, followed by at least a partial shift towards better stewardship.

The article quotes Dan Janzen, now of U. of Pennsylvania, who gave riveting lectures about the symbiotic relationship between ants and acacia trees in Africa, during my college days at U. of Michigan.