Butterflies in and around Mexico City--a Princeton Connection? 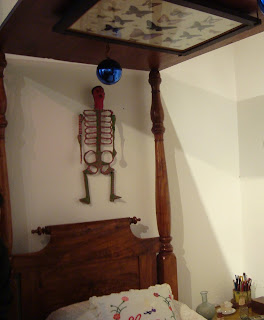 Though I had hoped to visit the mountain range several hours west of Mexico City where our Monarch butterflies overwinter, I had to settle for a few sightings of tiger swallowtails in the city, along with this collection of butterflies suspended above Freda Kahlo's bed. 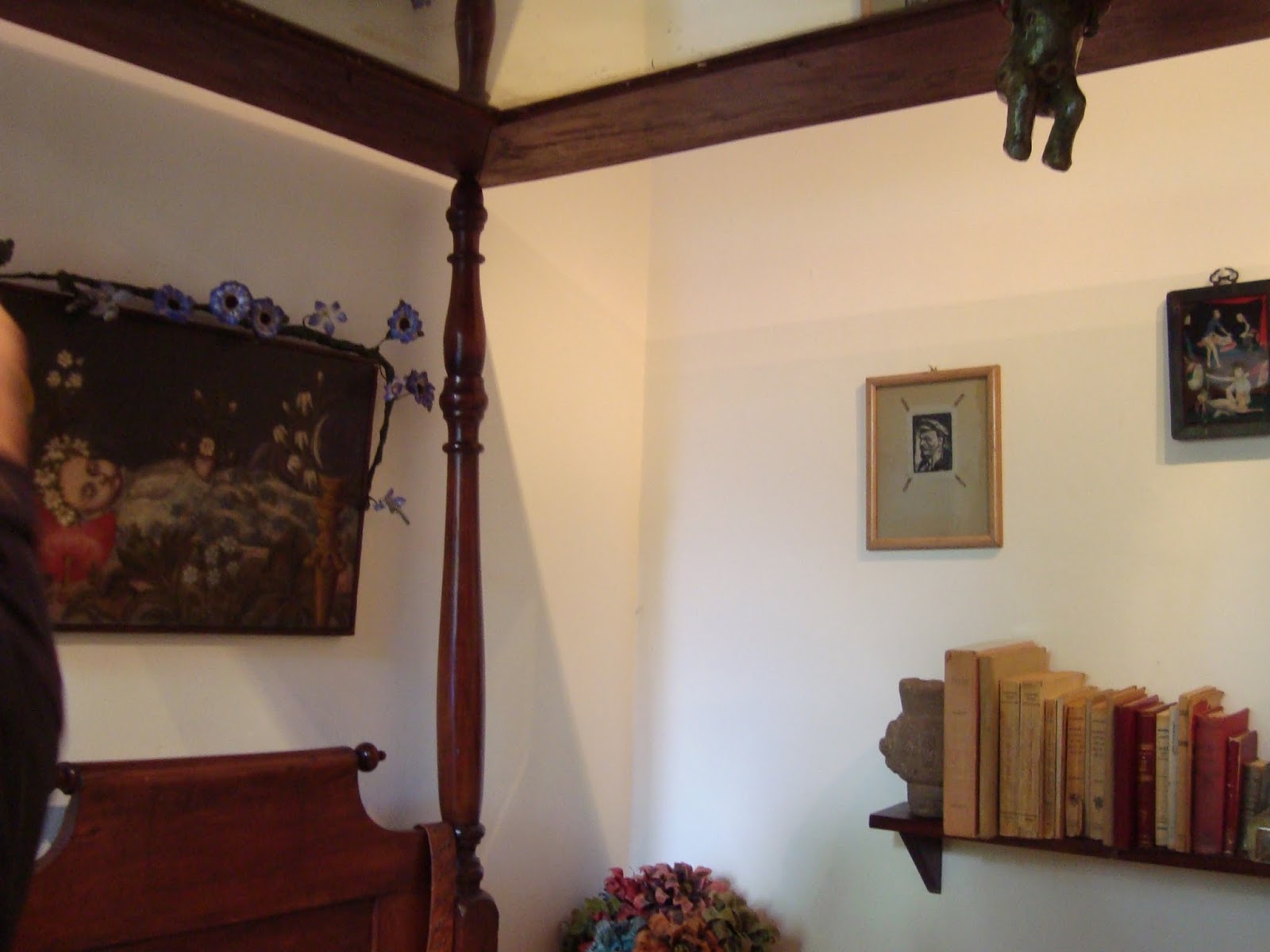 (Her other bed in the next room has a mirror above it, placed there when she was bedridden for a year, which might explain how she got interested in painting self-portraits.) 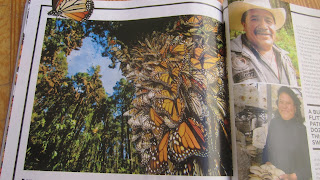 On the flight home, the United Airlines "Hemispheres" magazine featured an article on the Monarch butterflies. The article documents the struggle to save the mountain habitat for the Monarchs, particularly the efforts of the World Wildlife Fund to help locals develop income from tourism so that they don't need to keep cutting down the forest to make a living.

That effort has been successful, the mountain habitat is now protected and on the mend, but now the Monarchs' incredible annual journey is threatened by industrial farm practices in the U.S., and the human-caused climate change that is very rapidly altering the timing for the long migration, and increasing the likelihood of extreme weather like droughts.

The situation points out how even heroic efforts to restore habitat are vulnerable to being trumped by the rapid changes being wrought globally to our atmosphere and oceans. If hardships during the 2000 mile migration reduce the number of Monarchs that make it back to their overwintering site in the fall, fewer tourists will make the pilgrimage to see them, which will then undermine the sustaining tourist economy in the Bioreserve and prompt the locals to return to cutting trees down for a living.

The Monarch's precarious situation also points out the cumulative impact of multiple stressors. An overwintering habitat reduced by logging over the years from 50 acres down to 3; the loss of hedgerows and the introduction of Roundup Ready corn and soybeans in the midwest that allows farmers to kill all the "weeds" that used to provide food and breeding grounds for the migrating butterflies; the increasing extremes of weather. All of these conspire, and for those (probably not readers of these posts!) who don't care much about butterflies, the same cumulative environmental stresses can play out on human economies as well. 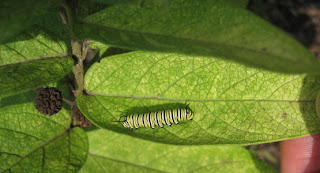 If one's looking for something empowering in this less than sanguine state of affairs, consider this. It may be that, as rural areas become less supportive of the migrating Monarchs, residential communities will become more and more important. Towns have the water infrastructure to sustain landscapes in deep droughts. A plentiful supply of nectar and milkweed plants in urban areas could keep the Monarchs and many other species going. It's mind-expanding to think that our work here in Princeton and in other towns across the nation could have consequence for a small mountain community in Mexico, and for sustaining an ancient miracle. (In the photo, a Monarch caterpillar feeds on swamp milkweed planted at Mountain Lakes Preserve.)

Other related posts can be found by typing the word Monarch into the search box at the top of this page. An example is "Native plants feed the needy next to Mountain Lakes."