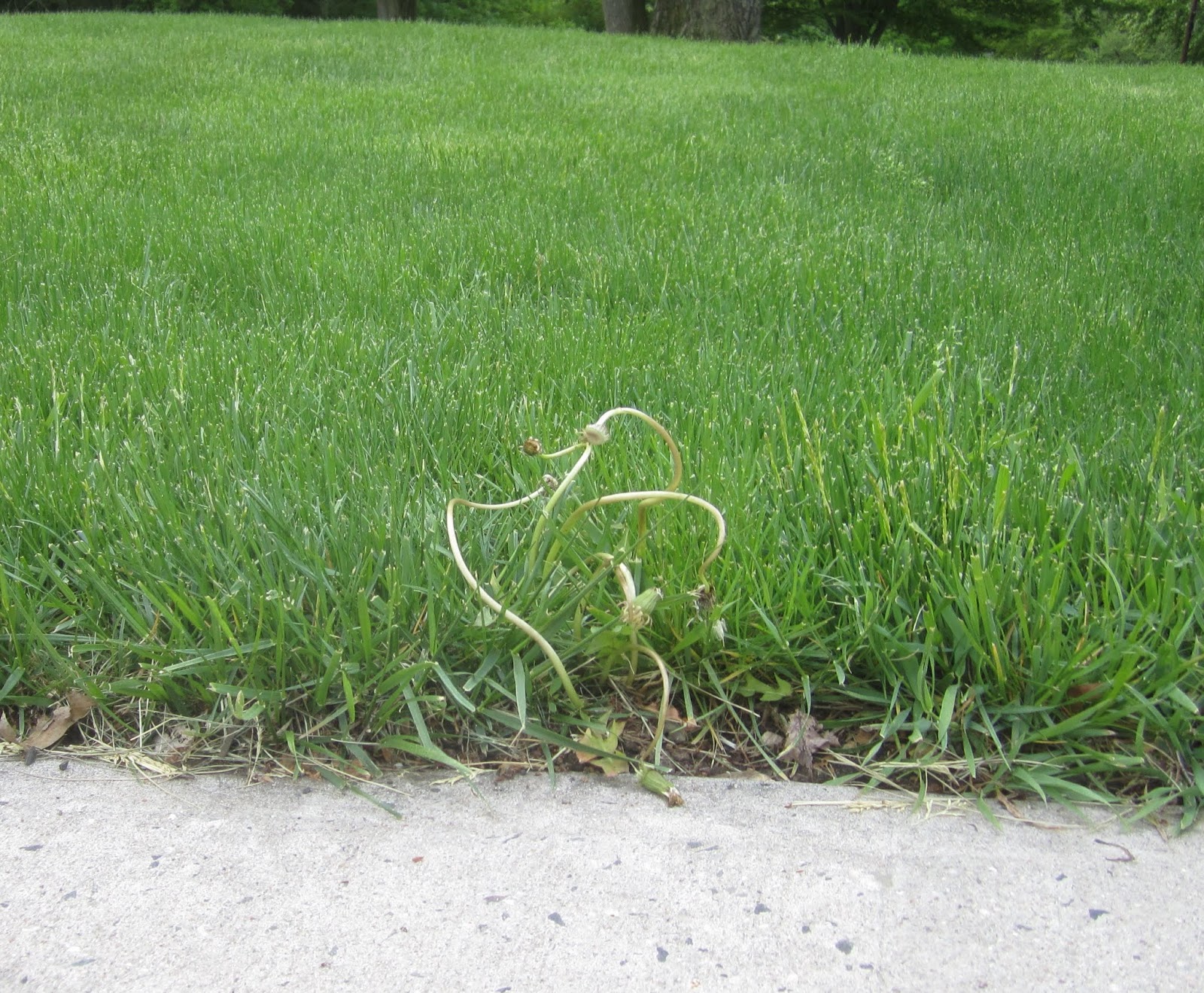 A lawn free of dandelions is restful to look at, but implies a use of broadleaf herbicides, which pollute the restfulness and maybe the local waterways as well. Always expressive, a dandelion reacts to herbicide as if in paroxysms--a frozen dance of death. 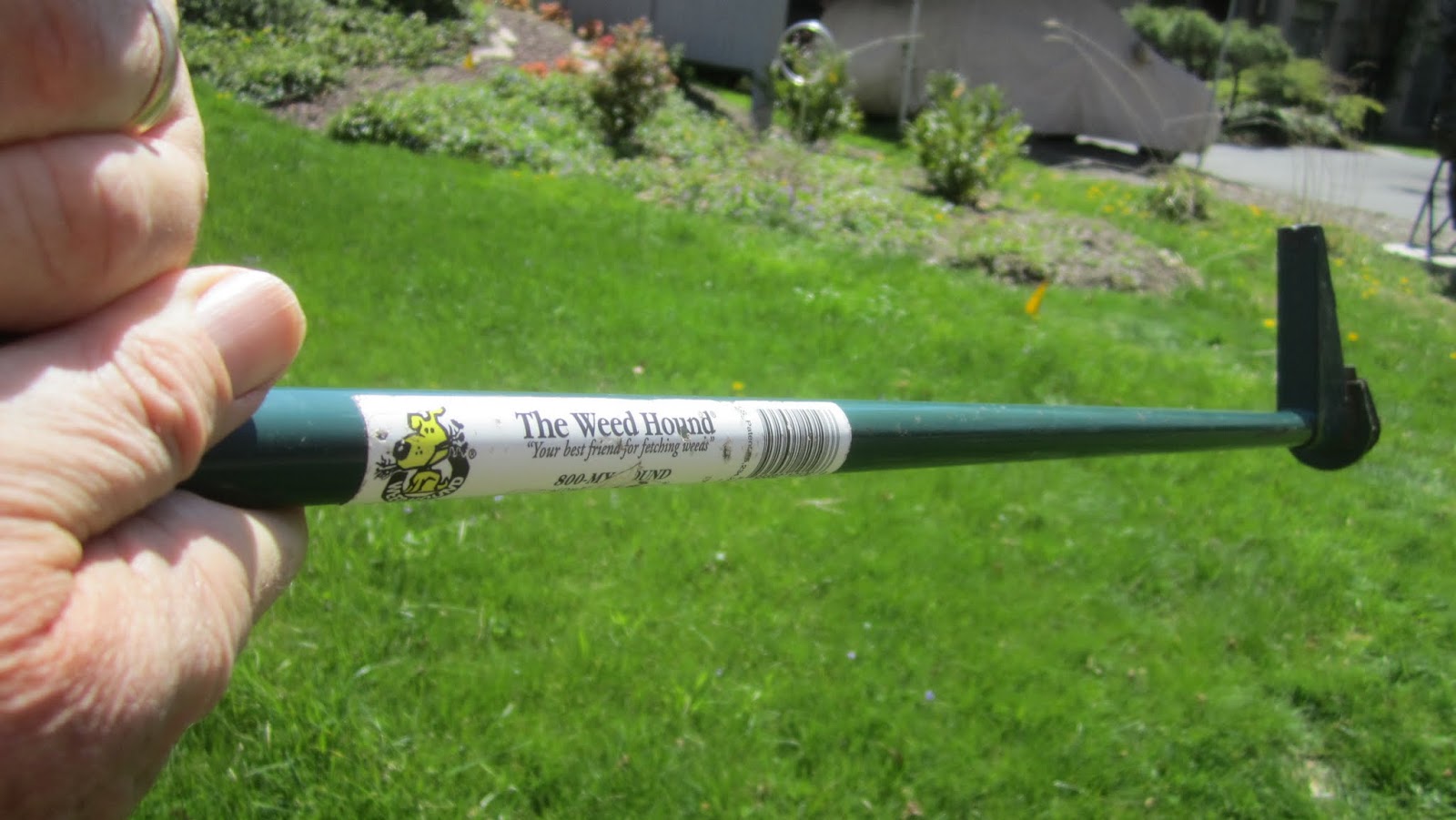 There are less toxic approaches for anyone with time and patience--a weeding knife, shown in a post from last year called "The Dandelion's Roar", or this curious implement called a "Weed Hound", demonstrated by a neighbor on Valley Road. It has a lever at the top and a cluster of squidlike metal spikes at the bottom that close around the dandelion's crown and pull it out, taproot and all. 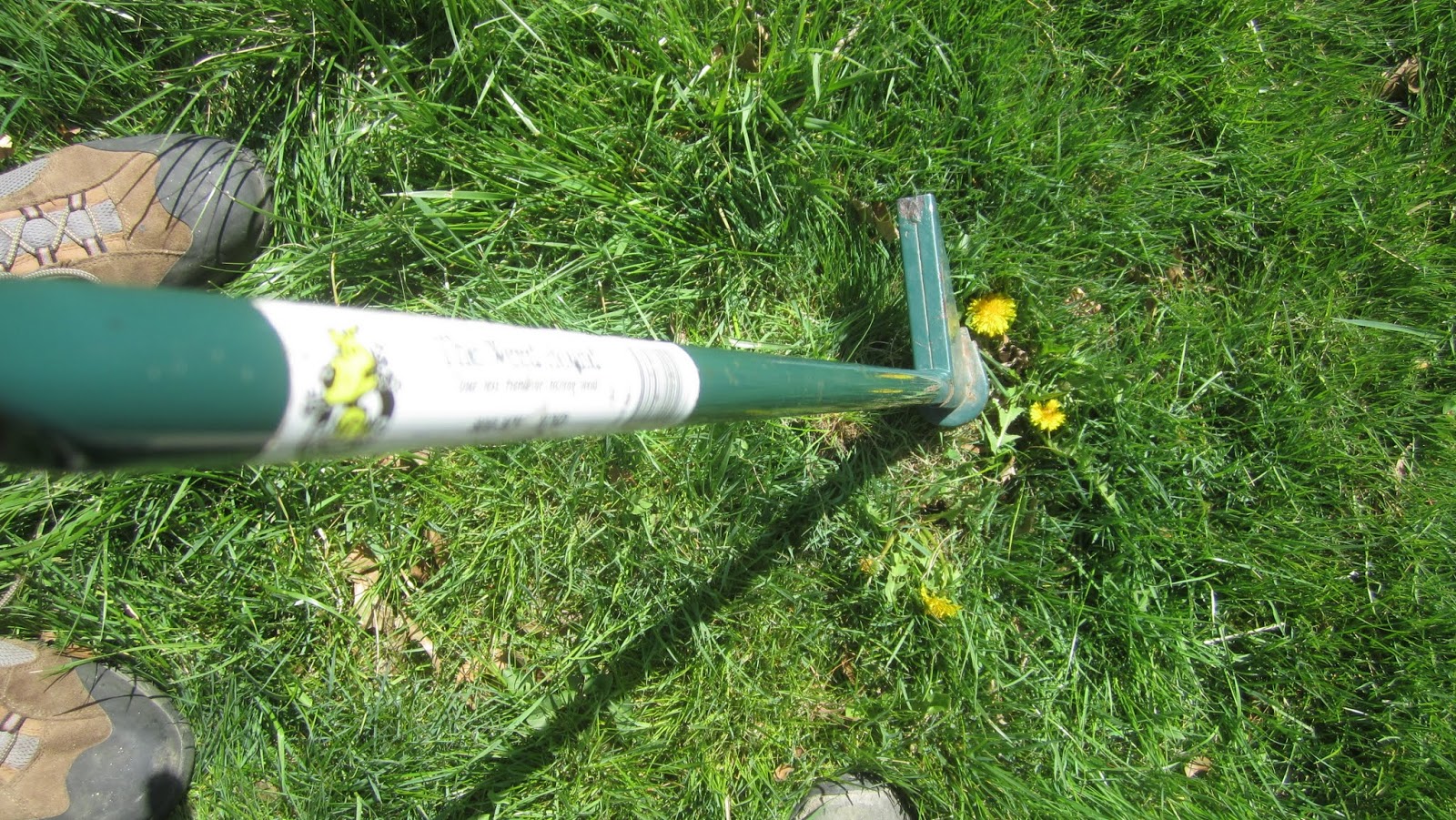 The implement's length allows the gardener to adopt a relatively civilized upright stance while waging combat, rather than sacrifice knees and dignity by getting down and duking it out at ground level with a weeding knife. One could even pretend to be leaning on a racket, awaiting one's turn in a match of croquet while actually skewering a hapless weed. The neighbor allowed me to give it a try. The dandelion was unmoved by my efforts. Clearly, civilized weeding takes practice.
Posted by Steve Hiltner at Saturday, May 11, 2013