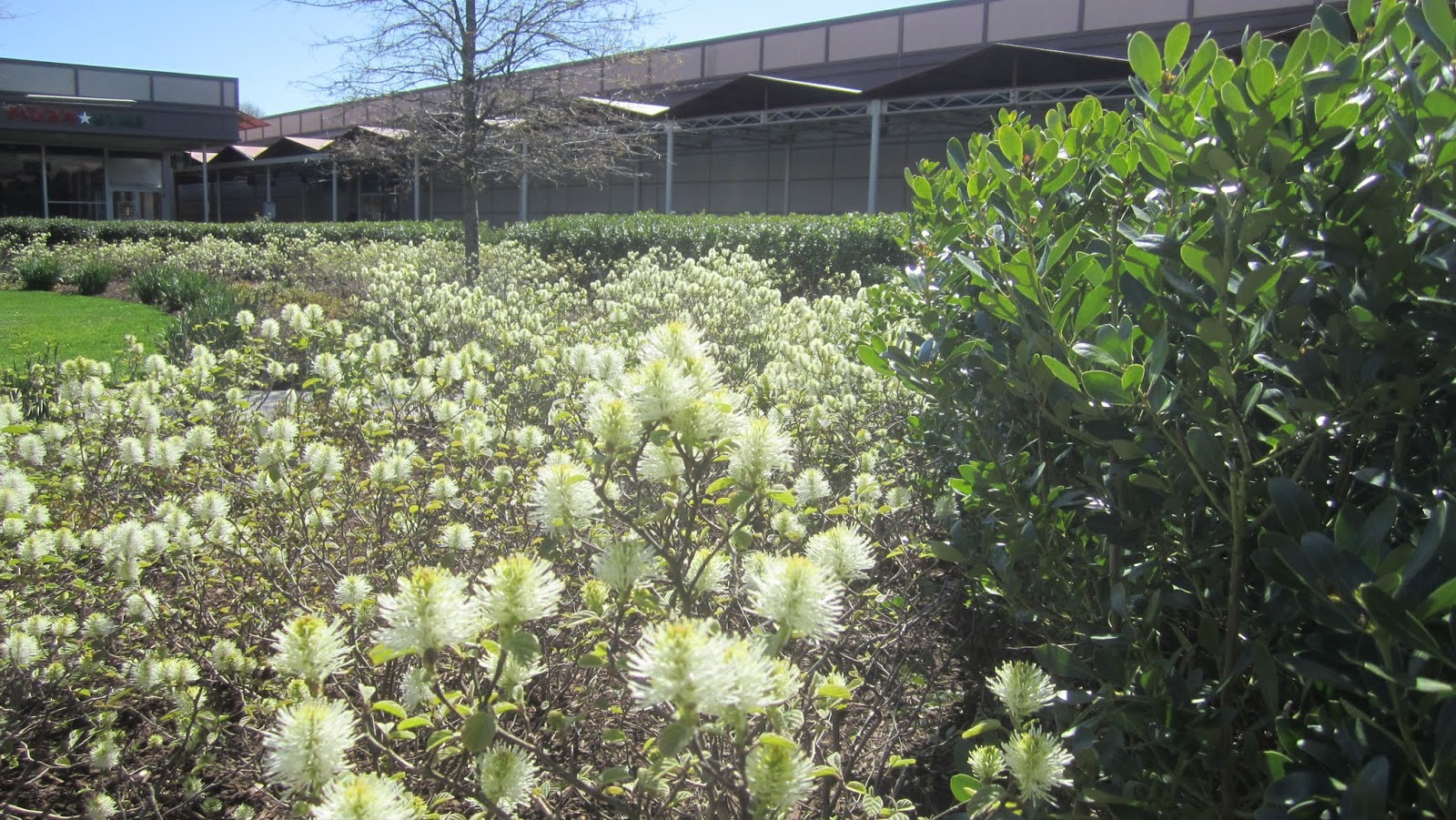 The Princeton Shopping Center isn't as colorful as it was during a gardener's long tenure, when love, experience and work ethic dependably combined for a glorious show of annuals and perennials year after year. The re-landscaping features low-maintenance masses of mostly native shrubs.

Here's one that's attractive and easy to grow, but rare in the wild. Dwarf witch-alder (Fothergilla gardenii)--now in bloom at such places as the Princeton Shopping Center, in Marquand Park along Lovers' Lane, on the Princeton University campus, and my front yard--is native to the southeastern U.S., where it is said to grow on high ground in swampy areas of the coastal plain.

A taller version, the Mountain Witch-Alder (Fothergilla major), grows in mountain ravines and along streambanks in the southeastern U.S.

The green on the right, contrasting with the Fothergilla blooms, is inkberry (Ilex glabra), a native evergreen holly that, like the Fothergillas, I've never seen growing in the wild.
Posted by Steve Hiltner at Thursday, May 09, 2013