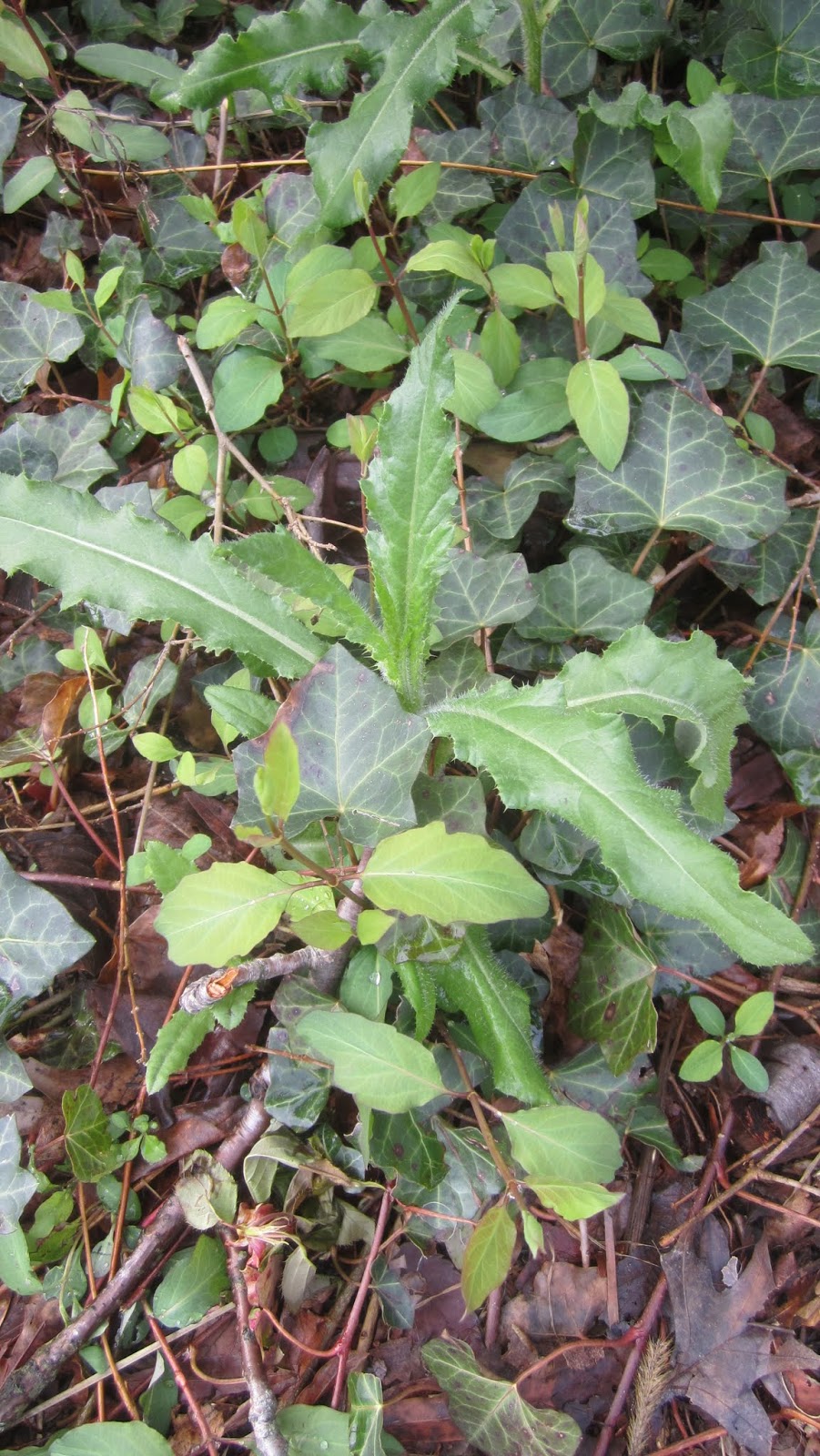 Most yards have some spot where you'll look down and see something like this. English ivy and Japanese honeysuckle spread above ground. But also in this photo, poking its head through the prostrate vines, is Canada thistle, an exotic weed that spreads underground, gradually becoming a many-headed, prickly monster. 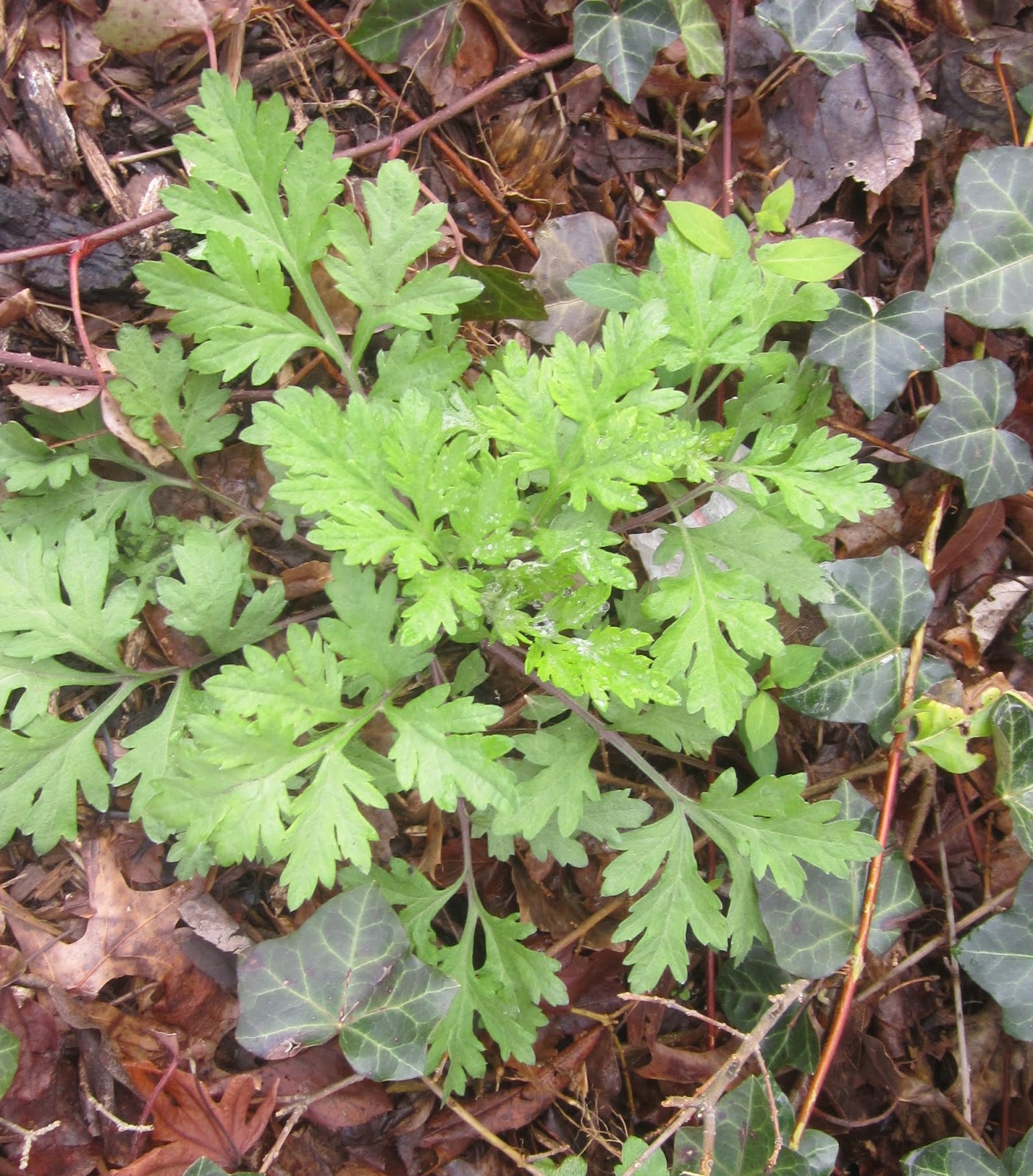 Mugwort is another example of this, though it was featured in an edible plants walk I went on recently. Picking its tips for mugwort soup in the spring may slow it down a bit, but probably not enough to make a difference.

Most of my backyard garden work in the spring consists of pulling out plants that spread underground via rhizomes. Some, like various species of perennial sunflower, put on enough of a show in late summer that I get lazy and charitable, and leave a few in, then feel regret the next spring when hundreds of new plants rise from last year's adventurous roots. Several native floodplain species of goldenrod can seed in and also prove to be very aggressive spreaders underground, as is the so-called obedient plant.

How much easier gardening would be if one could resist the temptation of spreaders and strictly limit the species to those content to form a clump and go no further. In a raingarden, many plants fit this description, like bonesets, cutleaf coneflower, Lobelias, soft rush and most sedges, Culver's Root, Indian grass, blue-eyed grass, Joe-Pye-Weed, Helenium, wild senna, and many others.
Posted by Steve Hiltner at Wednesday, May 15, 2013