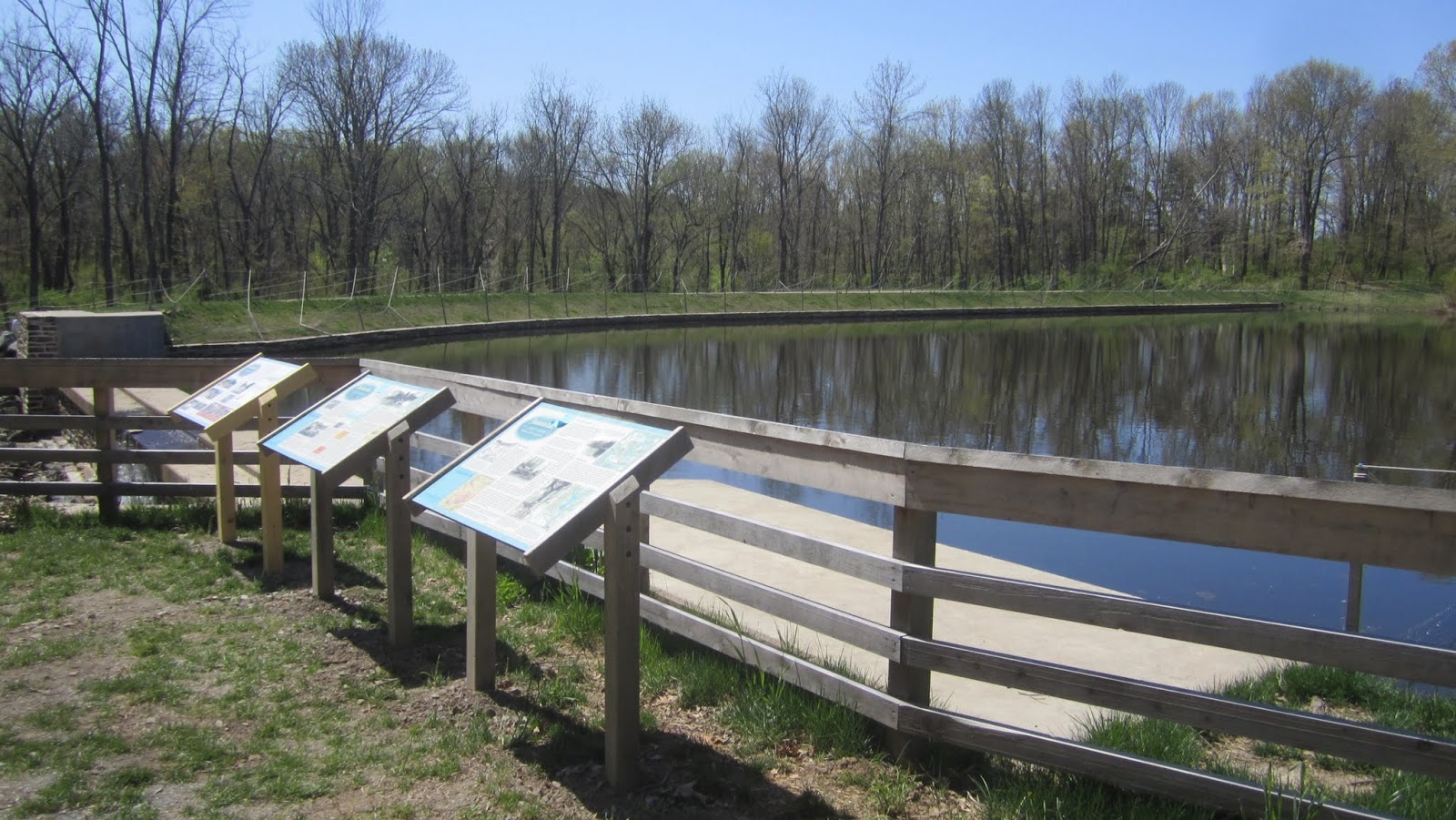 As part of a course on utilizing water in the landscape that I taught this spring at the Princeton Adult School, I led several field trips to show off Princeton's more dramatic examples of manipulating the flow of water across the land. The dams at Mountain Lakes Preserve are a prime example.

The recent restoration of the 1900 era dams has been winning awards, the latest detailed at PlanetPrinceton.com. 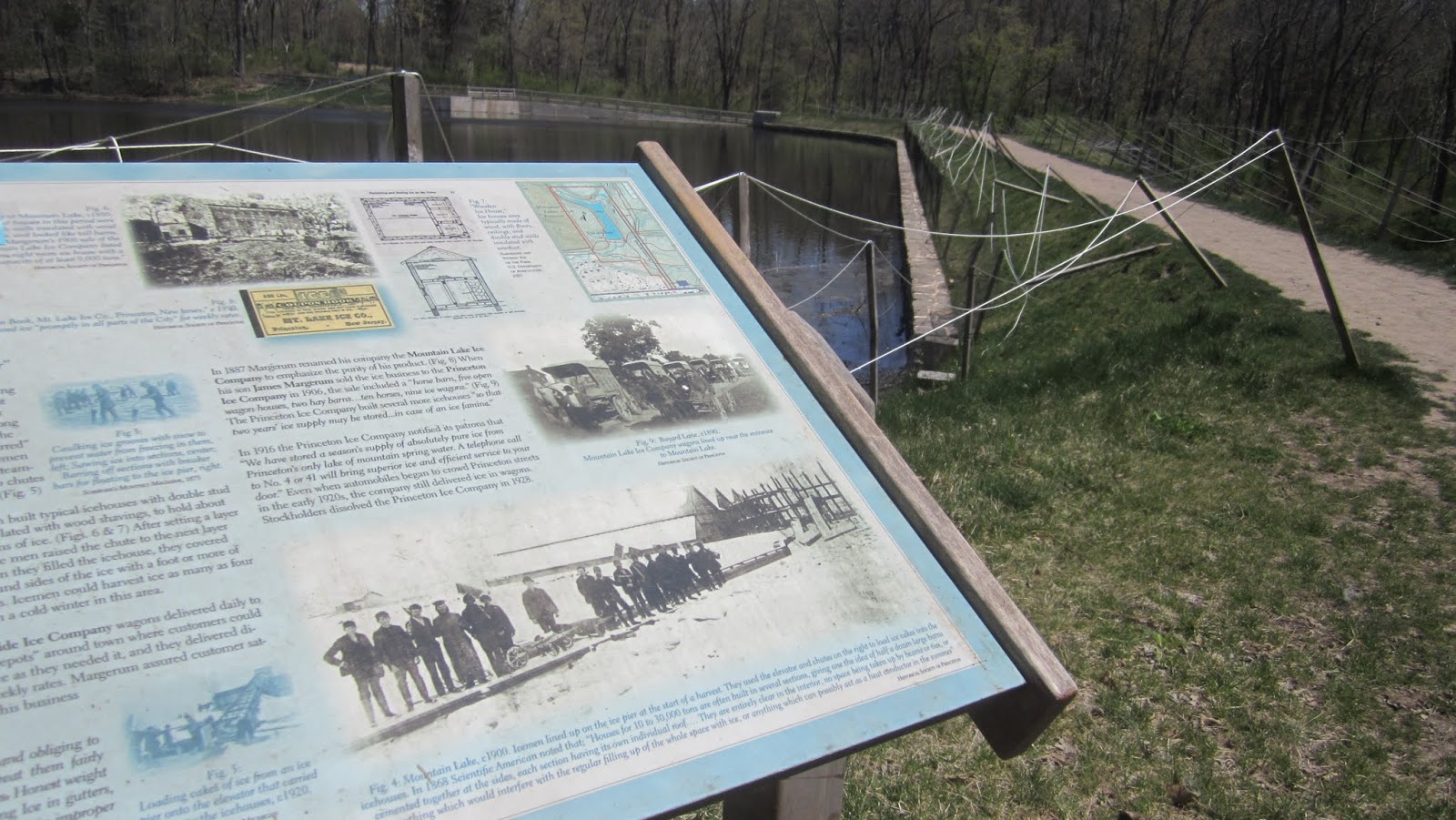 The signs, recently reinstalled, tell the story of how the dams were built in order to provide a safe source of ice for Princeton's ice boxes for the first few decades of the 20th Century. In the background, you can see the web of rope that does a good job of keeping geese off the grass. 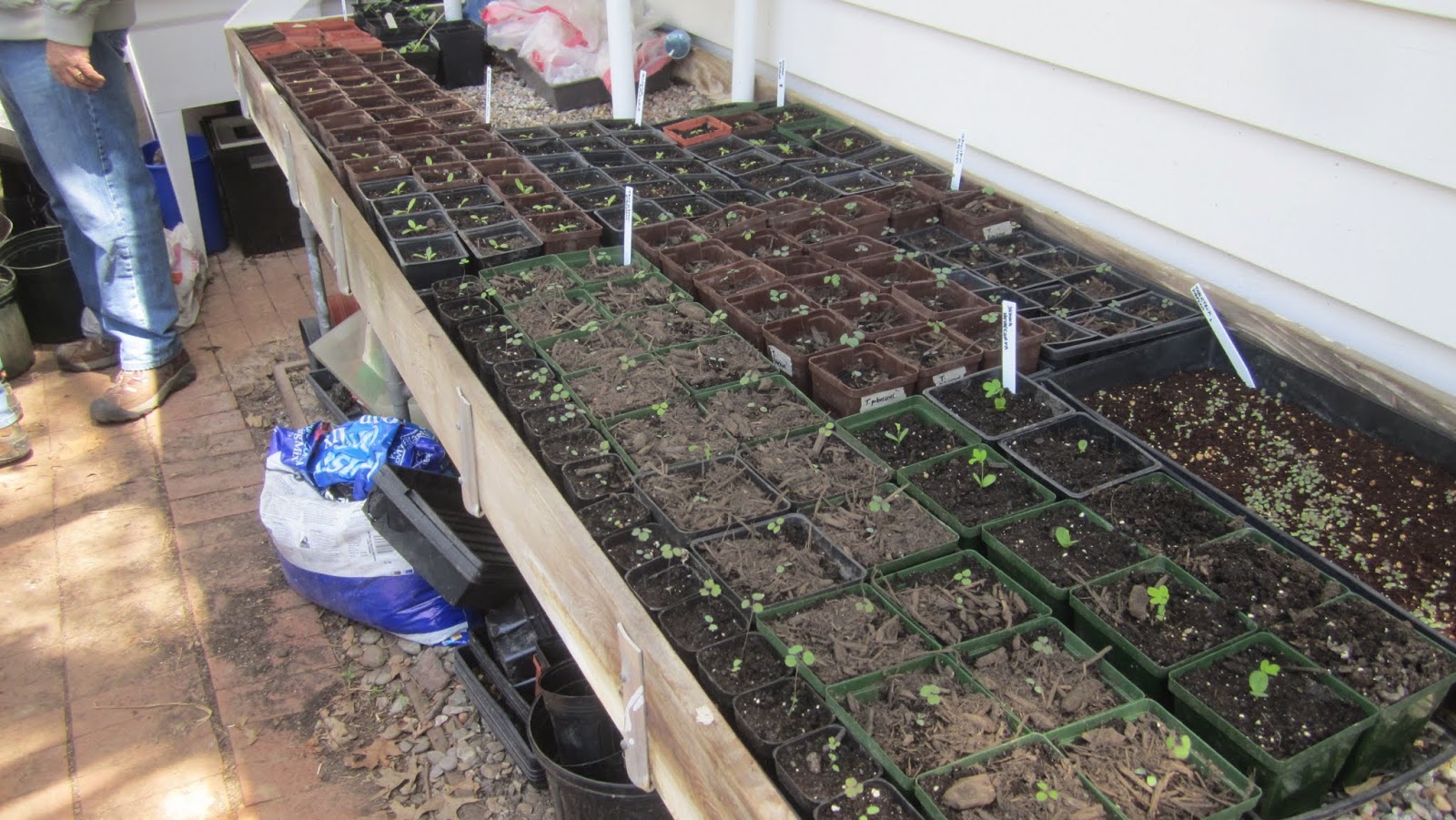 At Mountain Lakes House, the Friends of Princeton Open Space are growing native wildflowers to restore habitat in the preserve, where much of the native herbaceous flora was erased by plowing long ago. 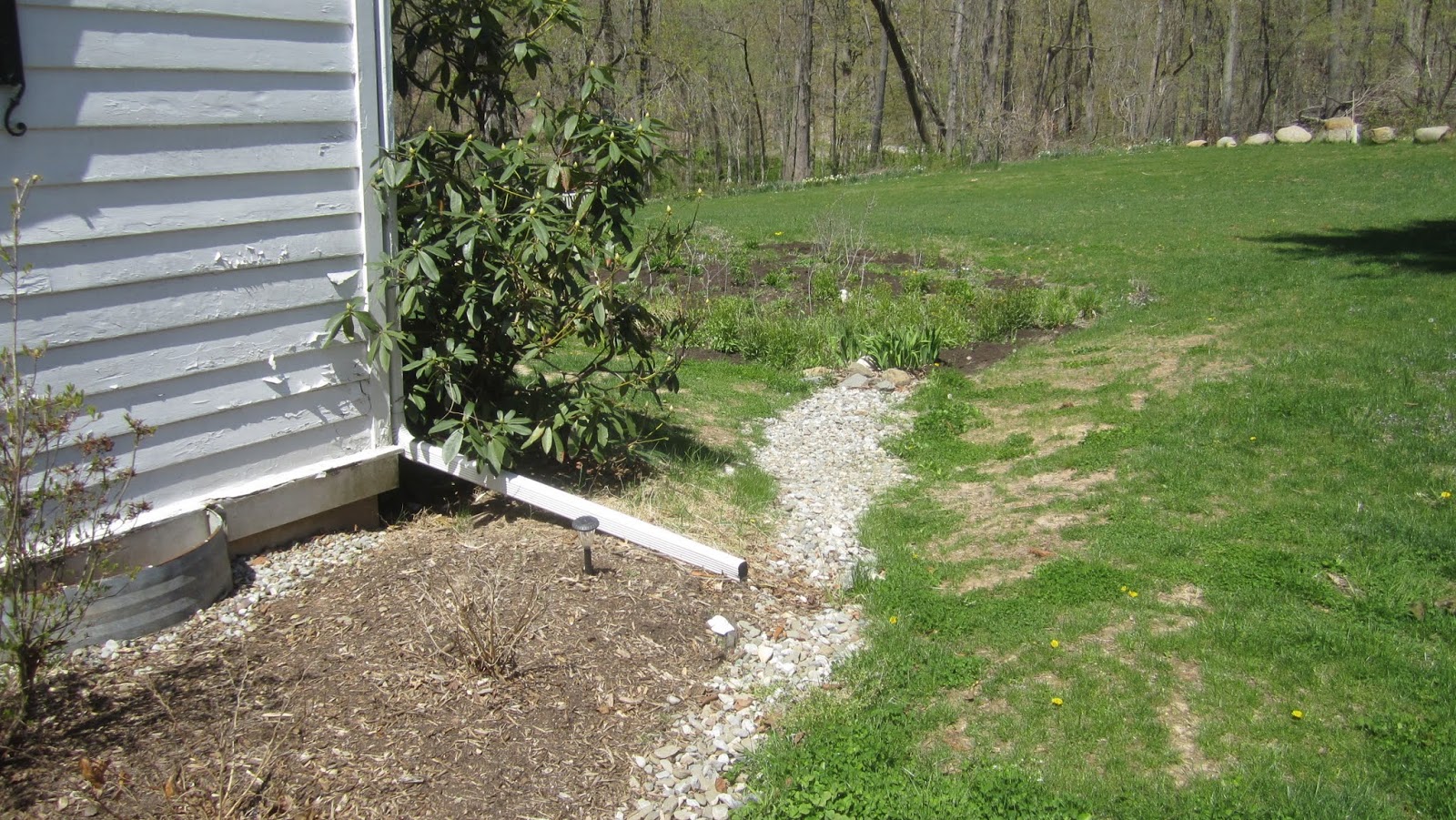 The swale designed to channel runoff away from the house and into a raingarden looks to be working well. If one's trying to manipulate where runoff goes, a swale is cheaper and more dependable than any buried pipe. 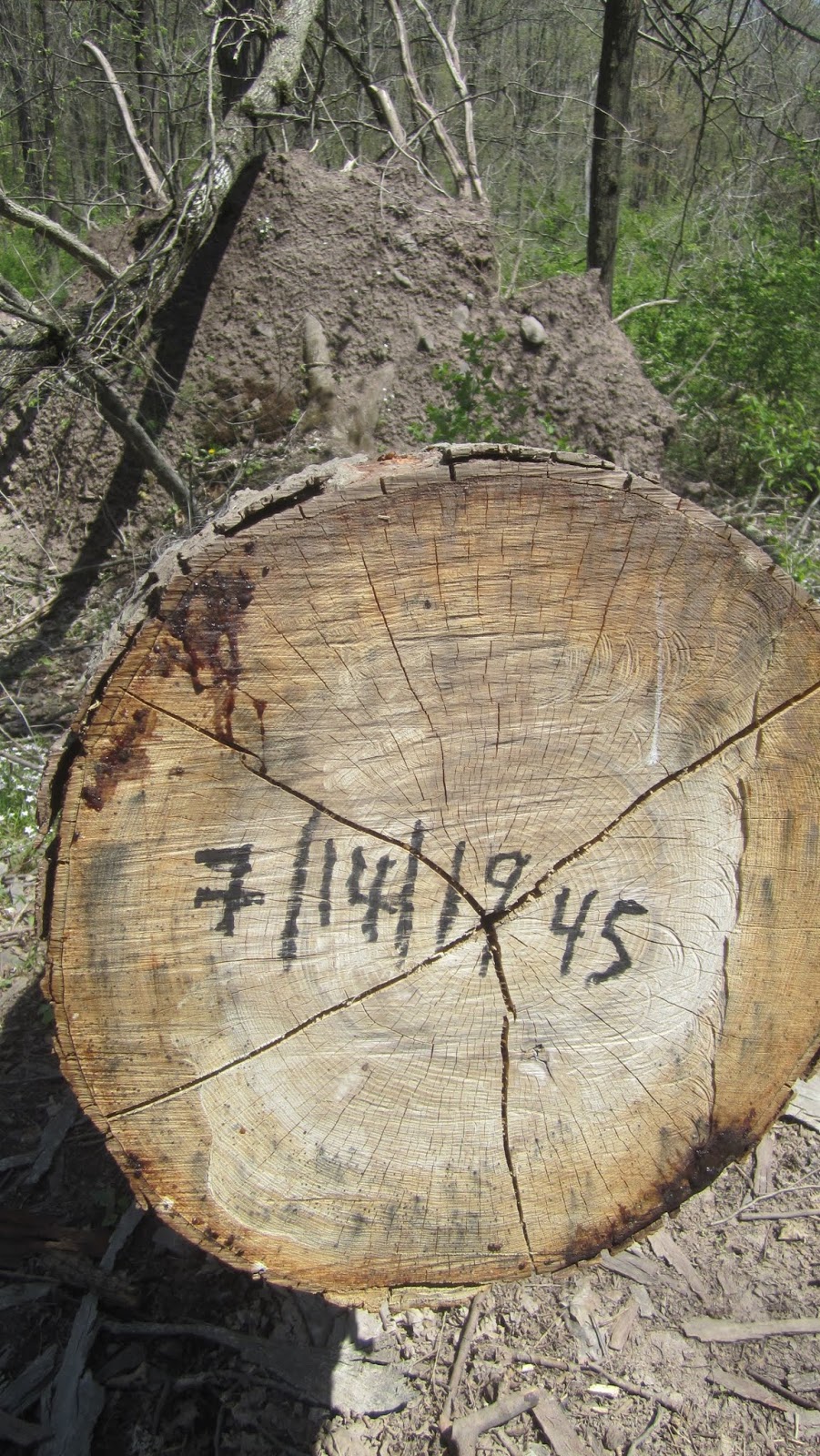 Across the lake, one of the fallen trees along the trail looks to have been modified to serve as a gravestone for an ancestor. 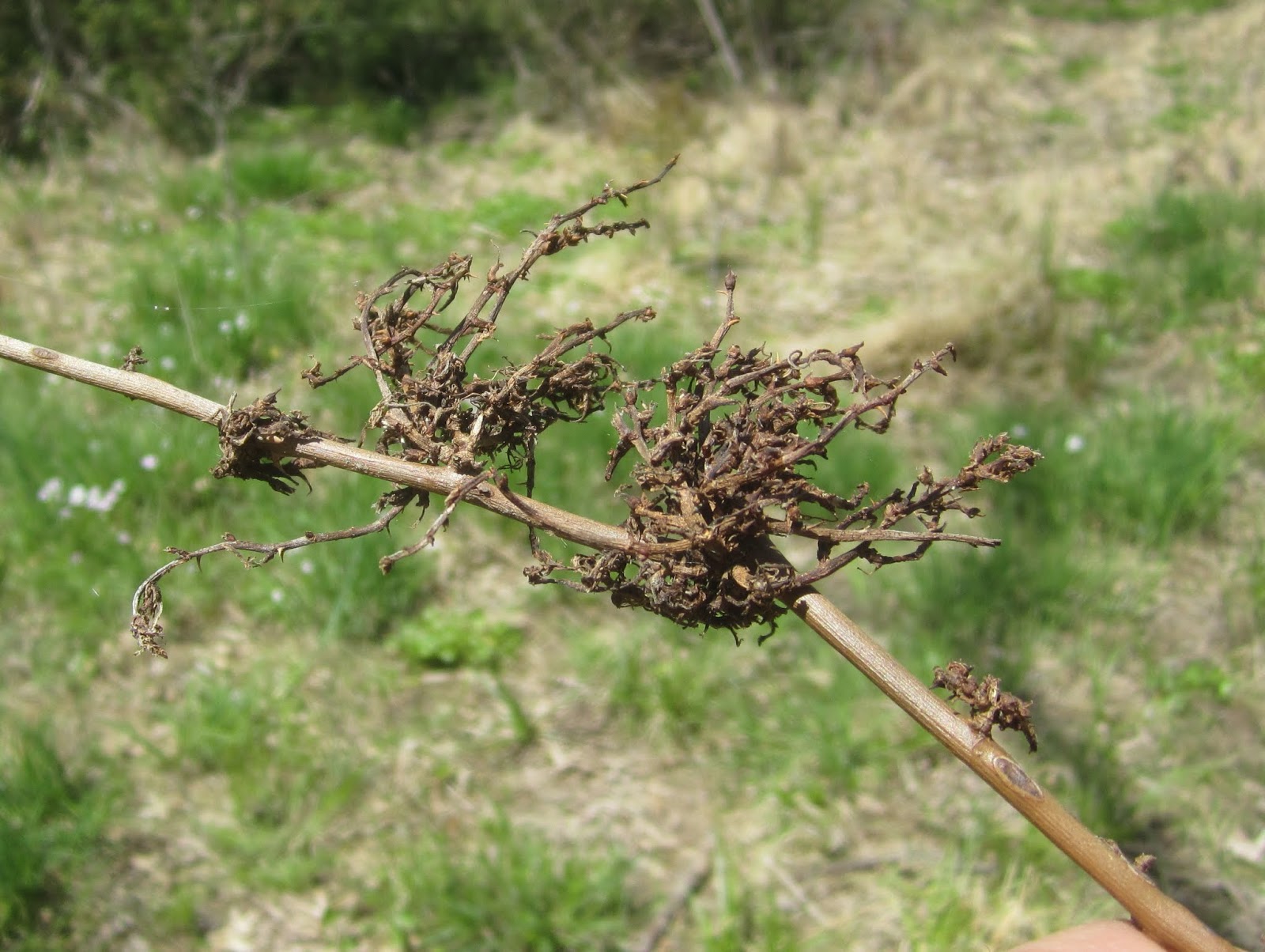 Rose Rosette Disease is having its way with the invasive multi-flora roses that have long dominated the lowlands. Though the disease is unfortunately impacting some planted roses in people's gardens, in the wild it is heartening to watch particular specimens of multi-flora rose slowly succumb to the disease, their thorny frames serving as deer-proof nurseries for native spicebush and silky dogwood. Not all multi-flora appear to be affected, but hopefully the disease's presence will help natives make a comeback in the shrub layer of the woods. 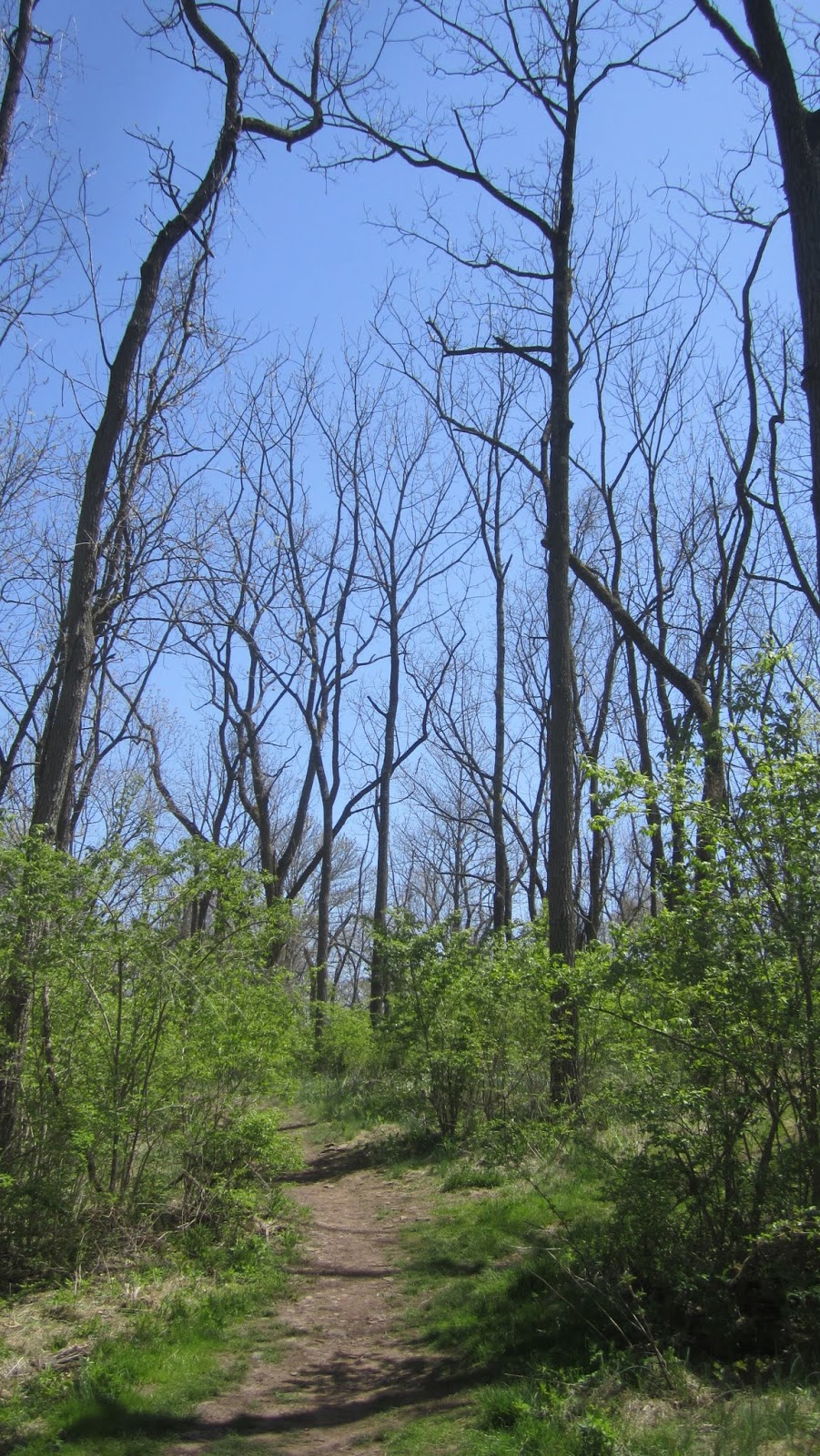 Heading back towards the Community Park North parking lot through a grove of black walnuts, you can see how the non-native shrubs (mostly honeysuckle) have leafed out much earlier than the native walnuts, which are very conservative about committing their foliage in the spring. 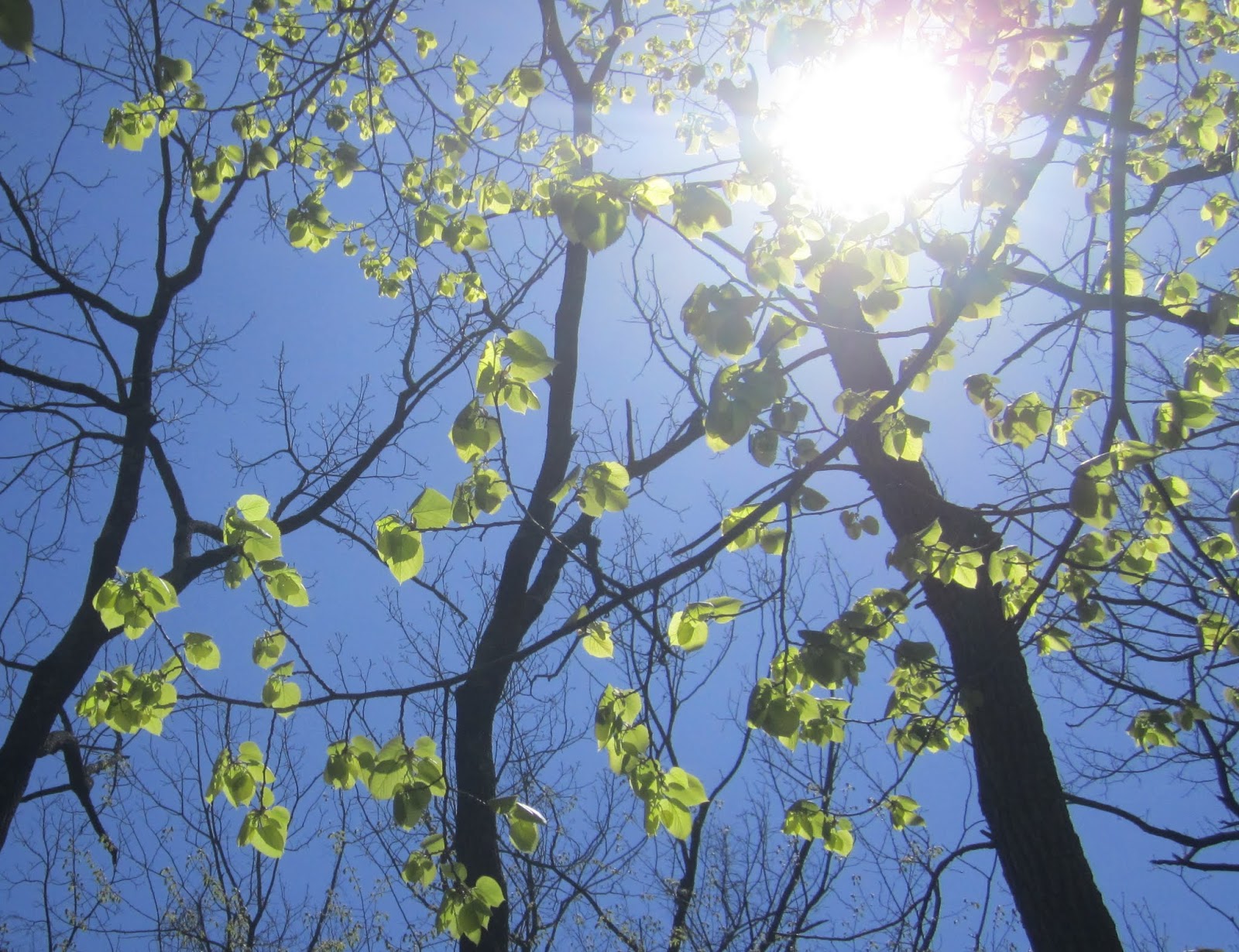 American basswoods (Tilia americana), are related to the lindens found along Linden Lane and in front of town hall. We encountered one of the few specimens of native basswood in the park, its fresh new leaves glowing in the spring light.
Posted by Steve Hiltner at Thursday, May 09, 2013