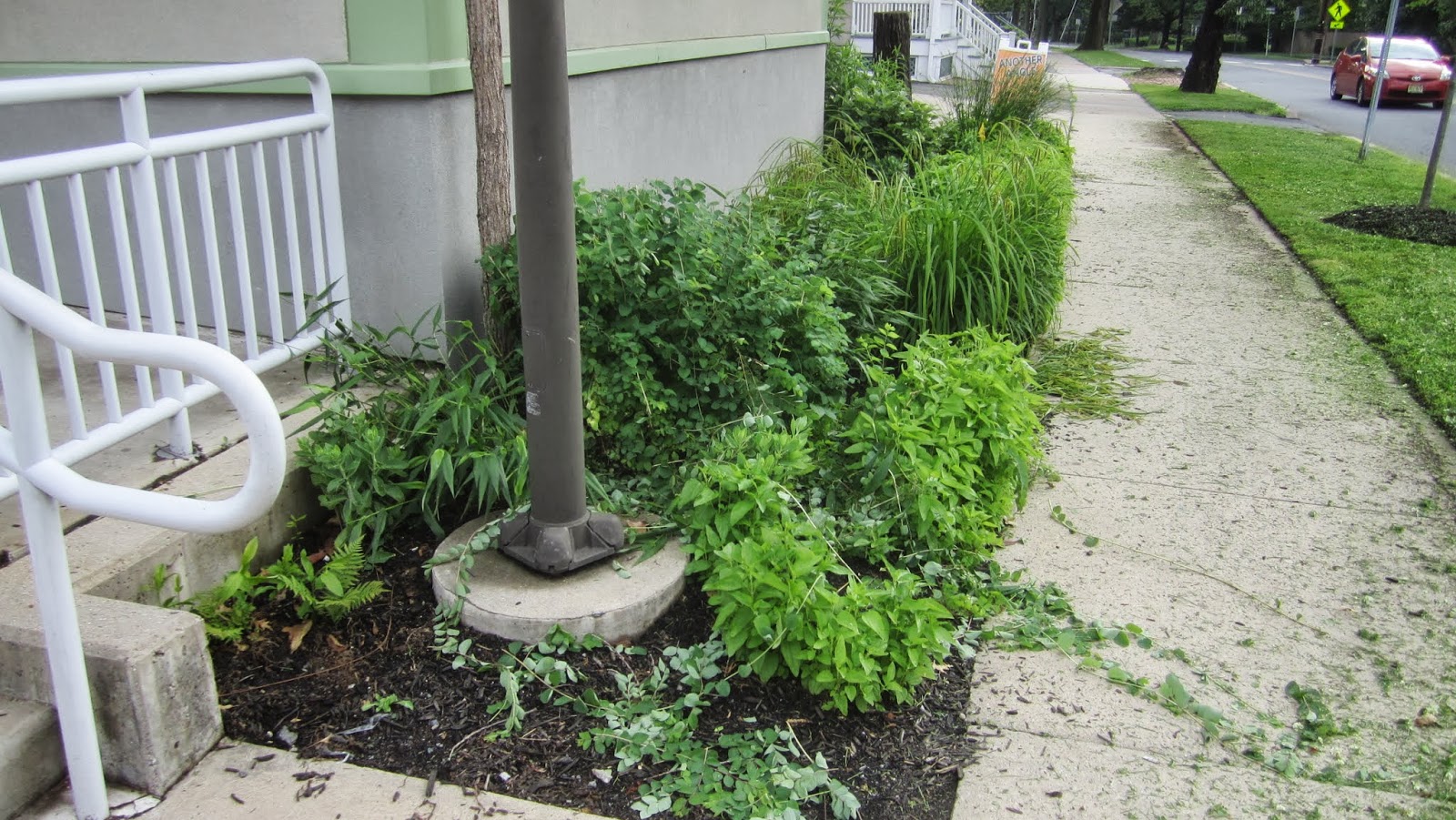 A couple weeks ago, after witnessing the now neglected gardens planted at Harrison Street Park three years ago, I walked over to the Whole Earth Center, where a man was trimming the raingarden with a chainsaw. I didn't ask him to pose for a photo, but you can see plant debris littering the sidewalk. 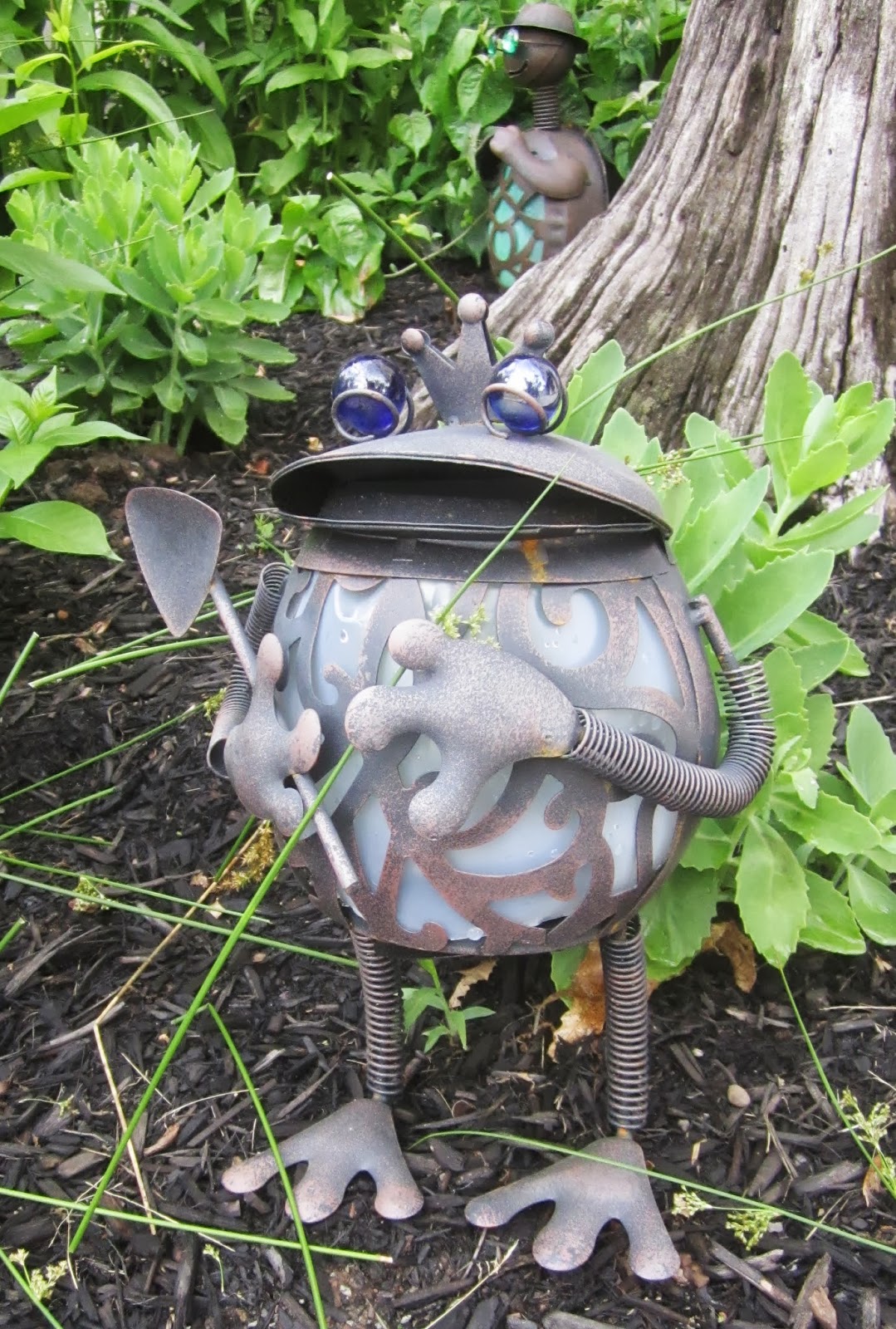 A clipped bit of soft rush, no match for a chainsaw blade, was being held up for examination by the resident frog. It seemed inauspicious, that a garden I had installed a few years back was being given the chainsaw treatment. It happened last year with another raingarden down the street. But this time around the chainsaw treatment didn't go much beyond trimming back some of the native mistflower that had been leaning out over the sidewalk.

Strange to say, this garden is actually prospering despite the complete lack of coordination between the various entities who care for it. There's the crew hired by the out of town landlord, which lays down fresh mulch in the spring and this year added the chainsaw to its arsenal. In addition, there's someone on staff at the Whole Earth Center who does occasional watering, and then I stop by when I think of it, adding a few plants here and there. Some of what I plant gets smothered by the mulch, or gets pulled out unwittingly by the landlord's crew, but actually communicating with the other caretakers would be harder than dealing with the periodic setbacks.

Its success comes also from an auspicious hydrology. Roof water, which normally would go directly from the downspout out into the street, is instead funneled through a perforated pipe running just underground along the garden's full length. This extra dose of water allows the fringed sedge, soft rush, buttonbush and mistflower to prosper. 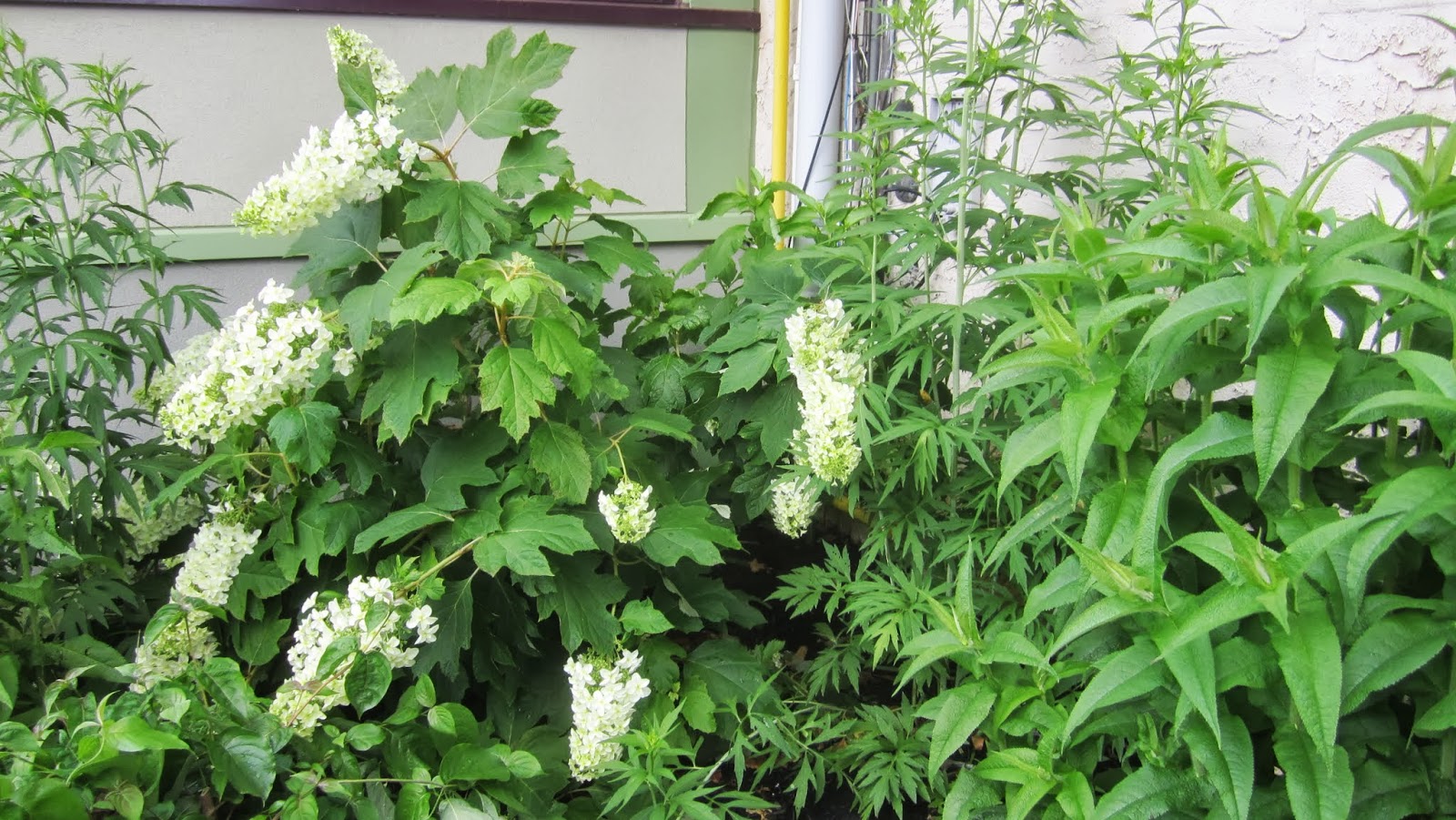 Before this was a garden, it was an elaborate sculpture of wooden stumps and logs installed by Peter Soderman. From what I heard, the fire officials took exception to all that wood next to a building, so only a couple pieces remain.

If I had thought of it, I might have suggested the man with the chainsaw trim back the pre-flowering stages of cutleaf coneflower and boneset on either side of the flowering oakleaf hydrangia. They'd simply bloom a little later, and be less likely to flop over. But who knows what a little encouragement would cause him to do next time.