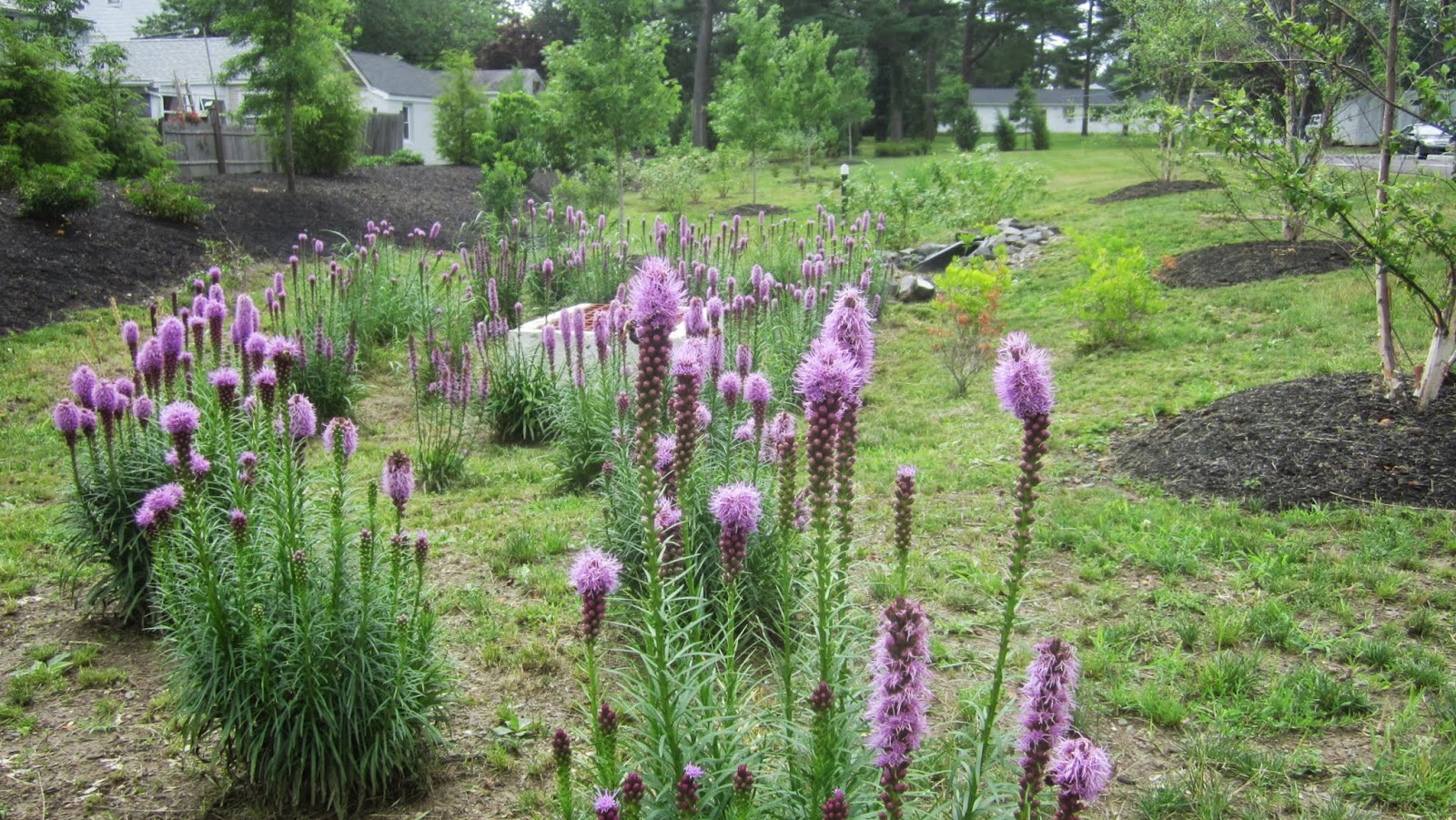 Neighbors on Linden Lane fought hard a couple years ago against the expansion of the Westminster Choir College parking lot. Seeing water collect in the open field, I had often thought it would make a great wetland garden for all the beautiful native species that prosper in wet ground. Despite arguments to the contrary, the parking lot was built, but because of stormwater regulations, some of the land was devoted to receiving runoff from the pavement in a small scale version of what I had imagined. In this first photo, a native wildflower seldom seen in Princeton gardens, Blazing Star (Liatris sp.) was planted in a large raingarden that serves as buffer between pavement and neighbors. It's bizarre to see crew members armed with weed whippers tending this planting, but they somehow manage to keep the grass down and the blazing stars up. 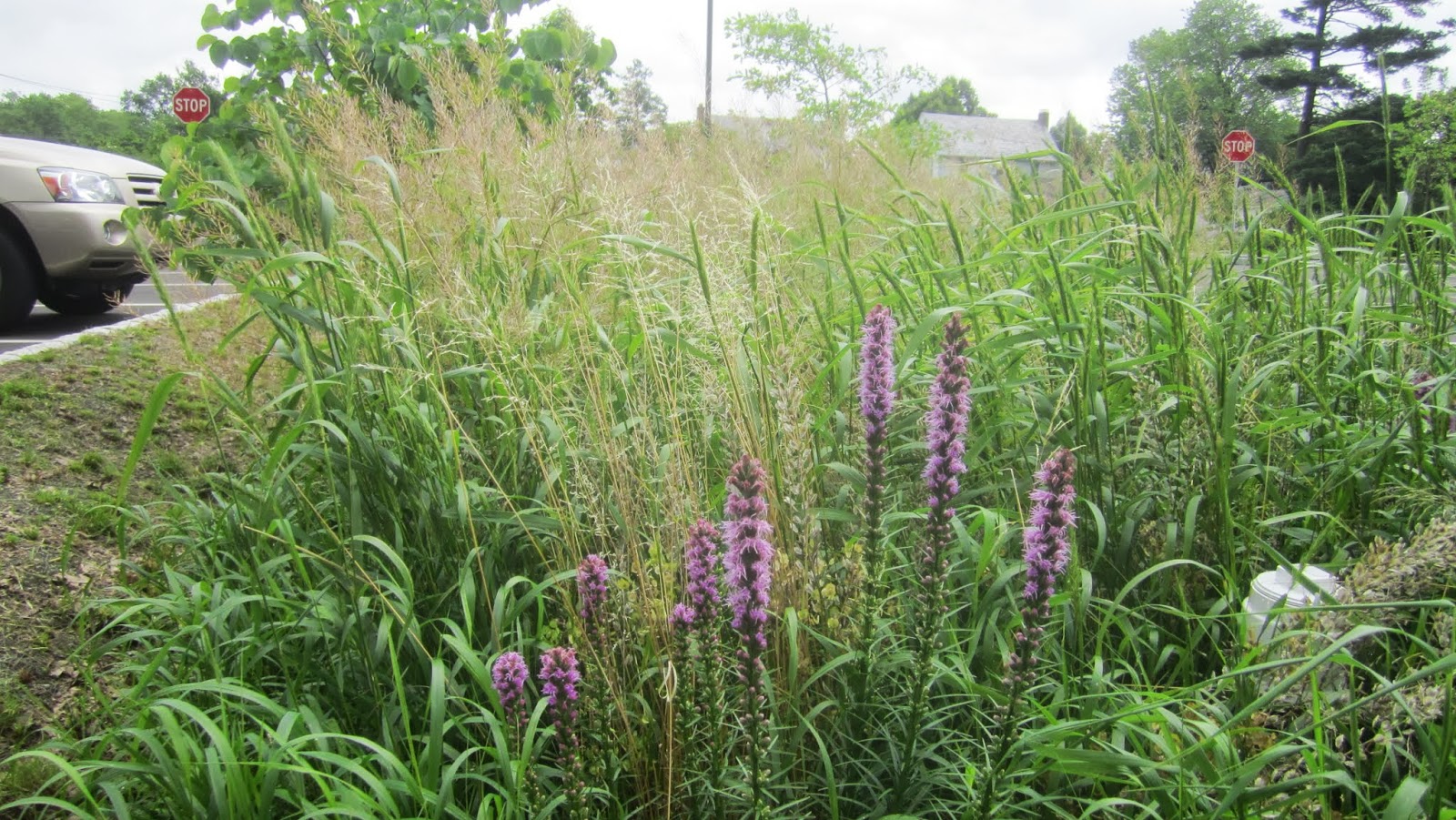 Two other raingardens, though, running in narrow strips between sections of the parking lot, have been left to grow up in weeds that hitchhiked in with the trucked-in topsoil. Blazing star and cardinal flower are blooming just as the landscaper's plans had envisioned, 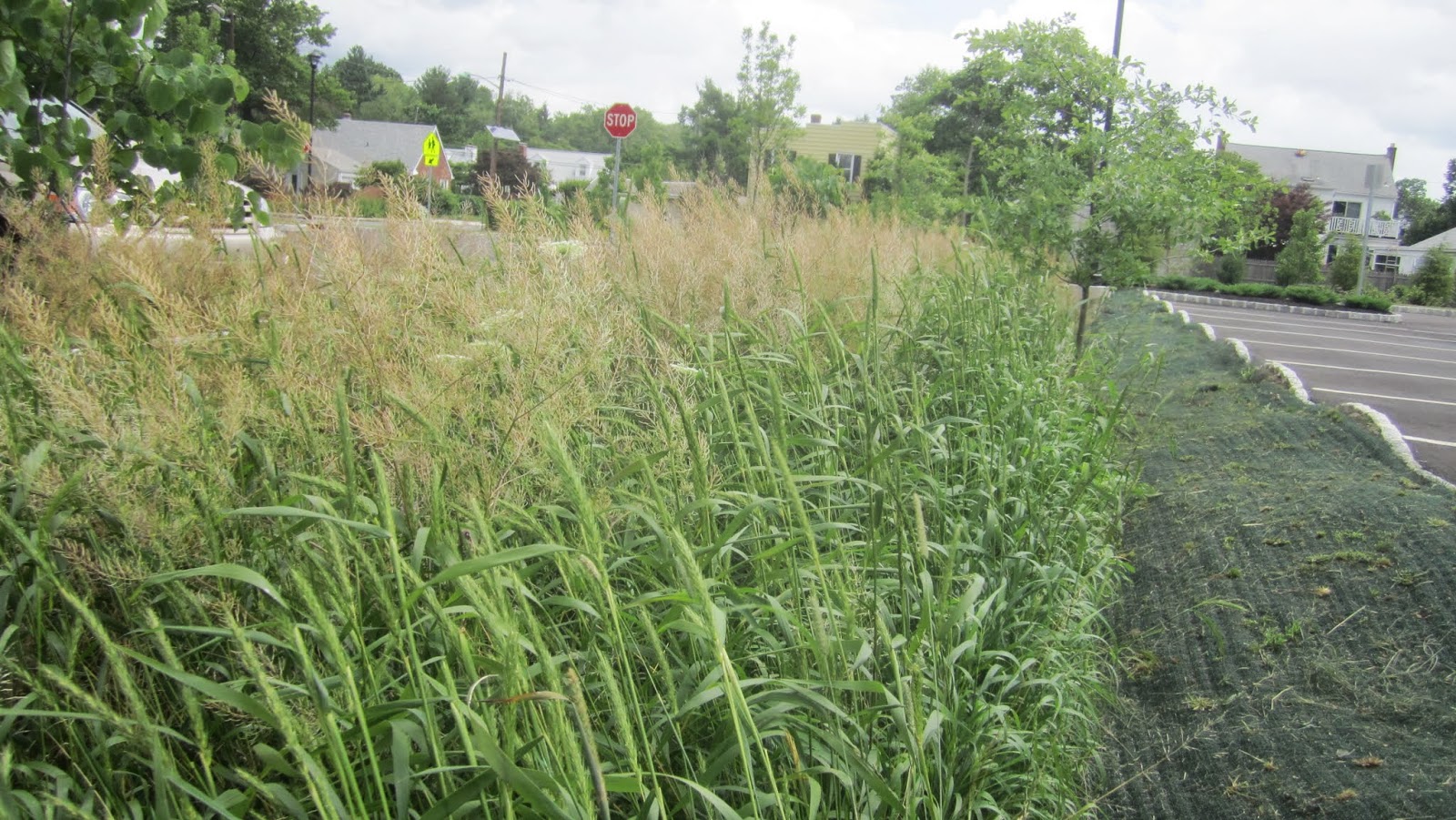 but most are lost in the ocean of weeds and will likely be killed if the competing weeds aren't removed. 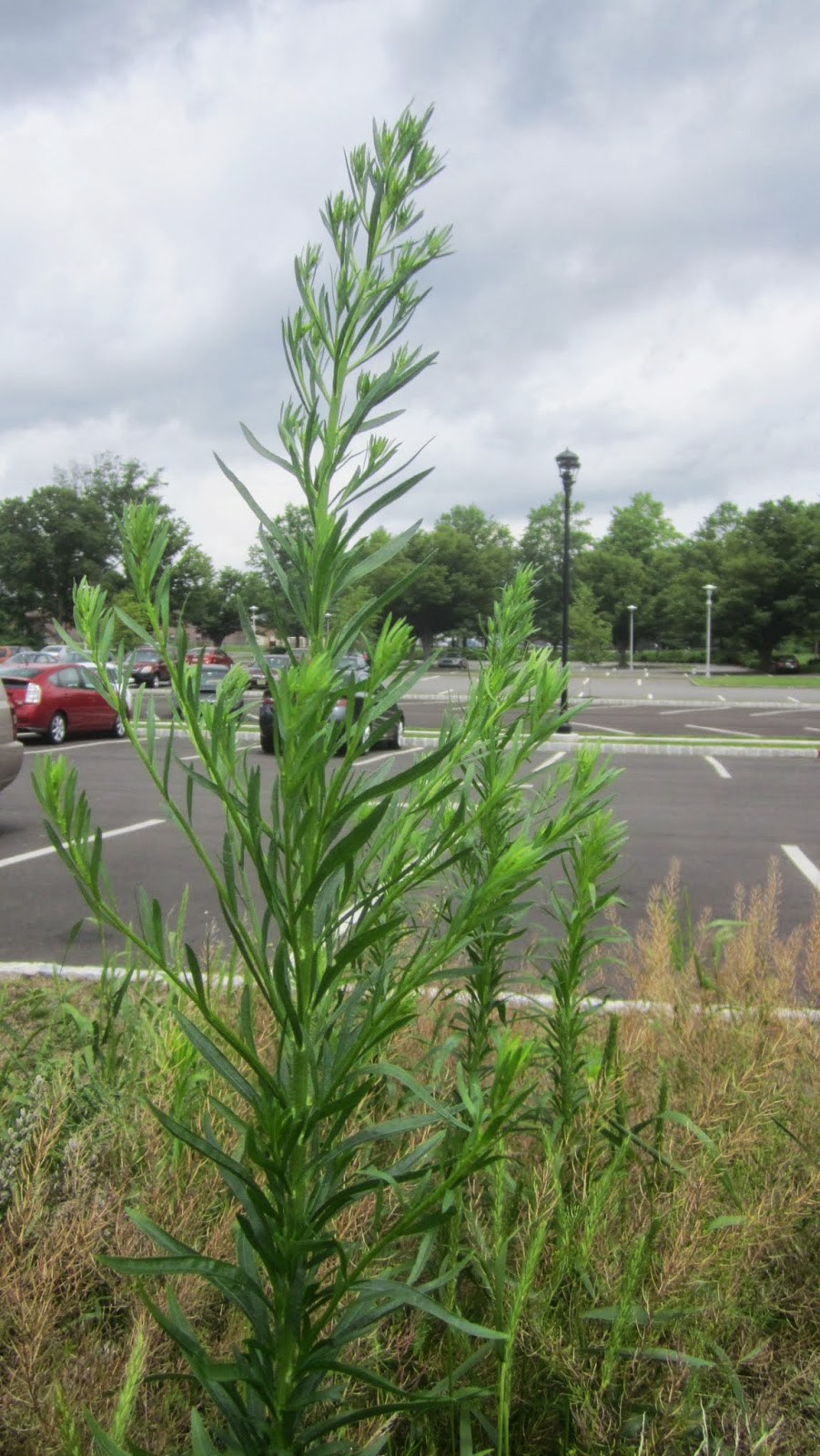 The weeds can be an interesting field trip in and of themselves. Horse weed is a native that grows tall and gangly. 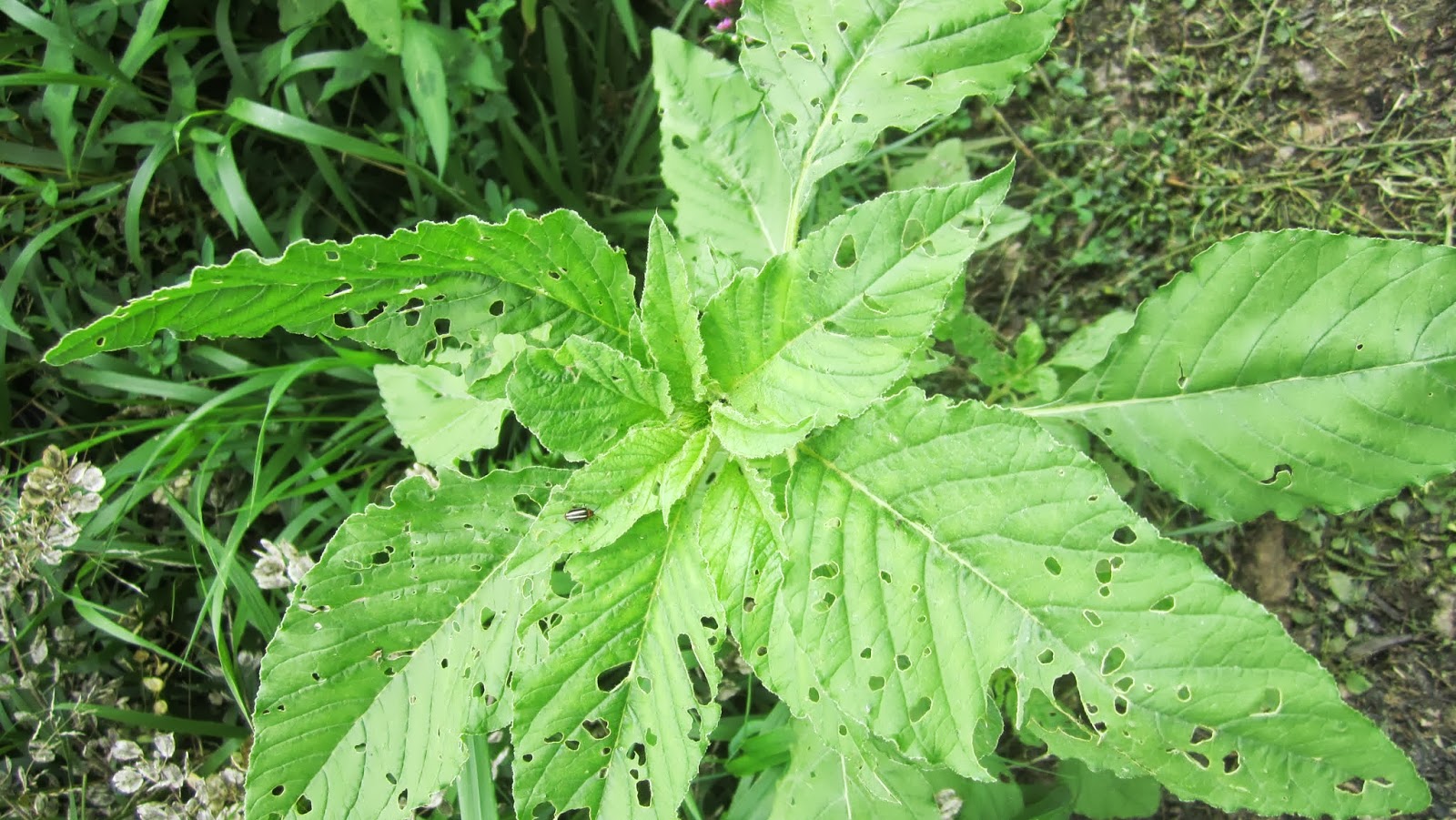 Haven't seen pigweed much around Princeton, but obviously it's flourishing wherever the topsoil came from. 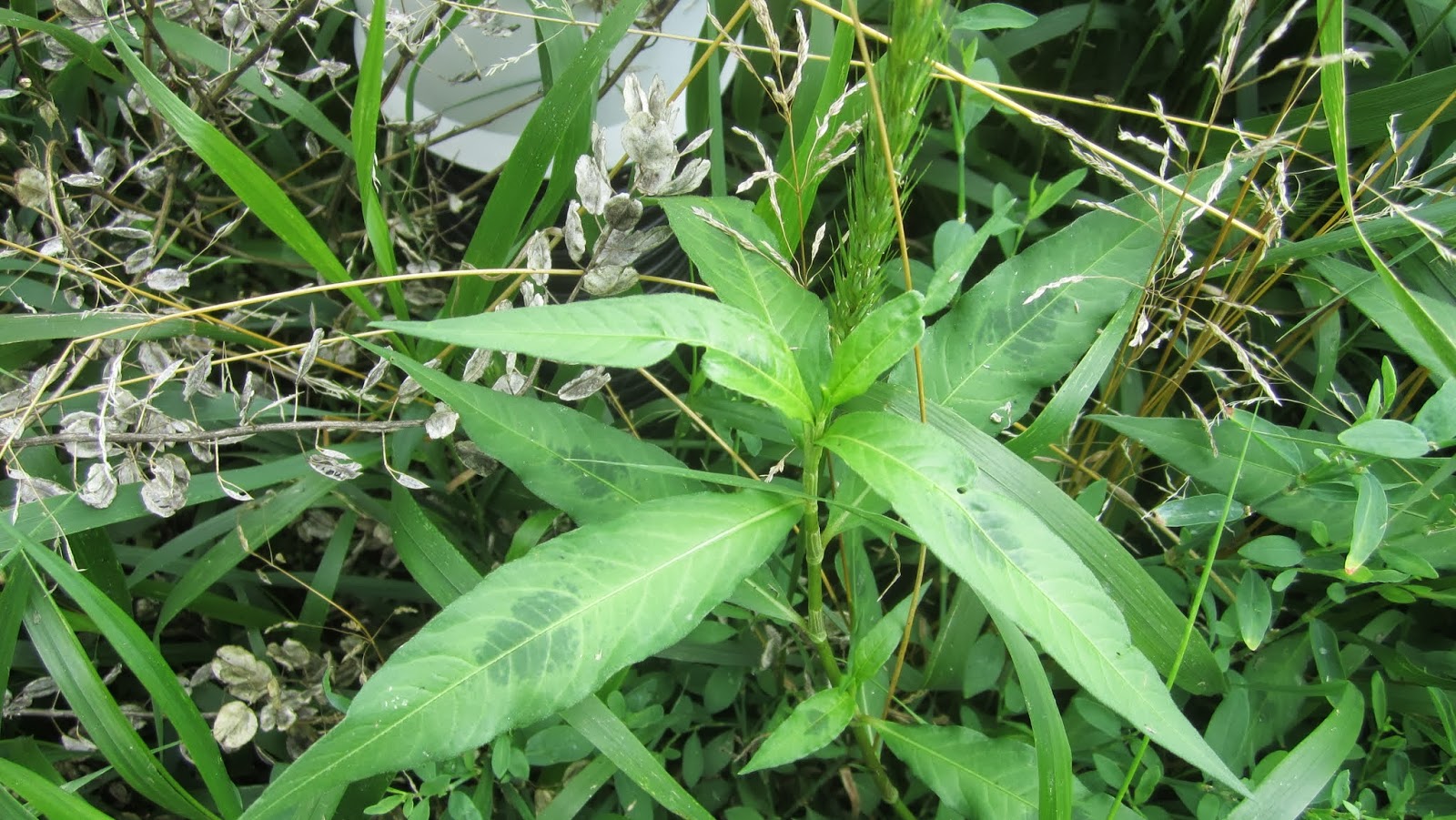 Smartweed (Polyganum sp.) often has what looks like a thumbprint on its leaves. 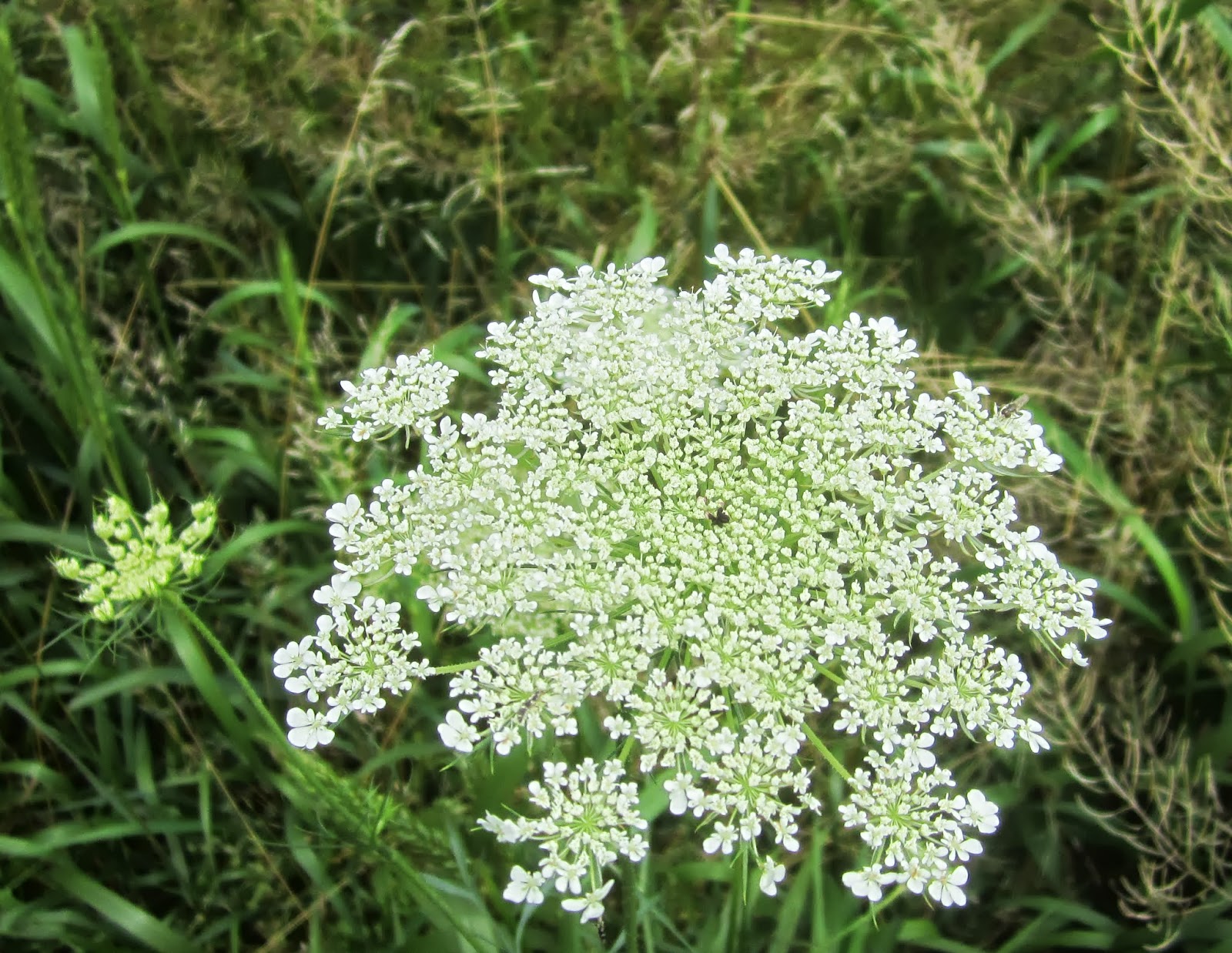 This weed, Queen Anne's Lace, a.k.a. a wild version of our carrot (Daucus carota) is ornamental. It's not native, and can get rambunctious in midwestern prairies, to the point of displacing native species, but has not been particularly invasive hereabouts. 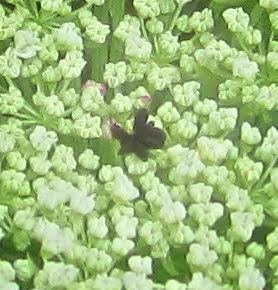 If you look closely at the middle of the plate of tiny flowers, you'll find a purple dot.

Despite being of some botanical interest, the weeds dominating 2/3rds of the parking lot plantings are not what the original plan called for. 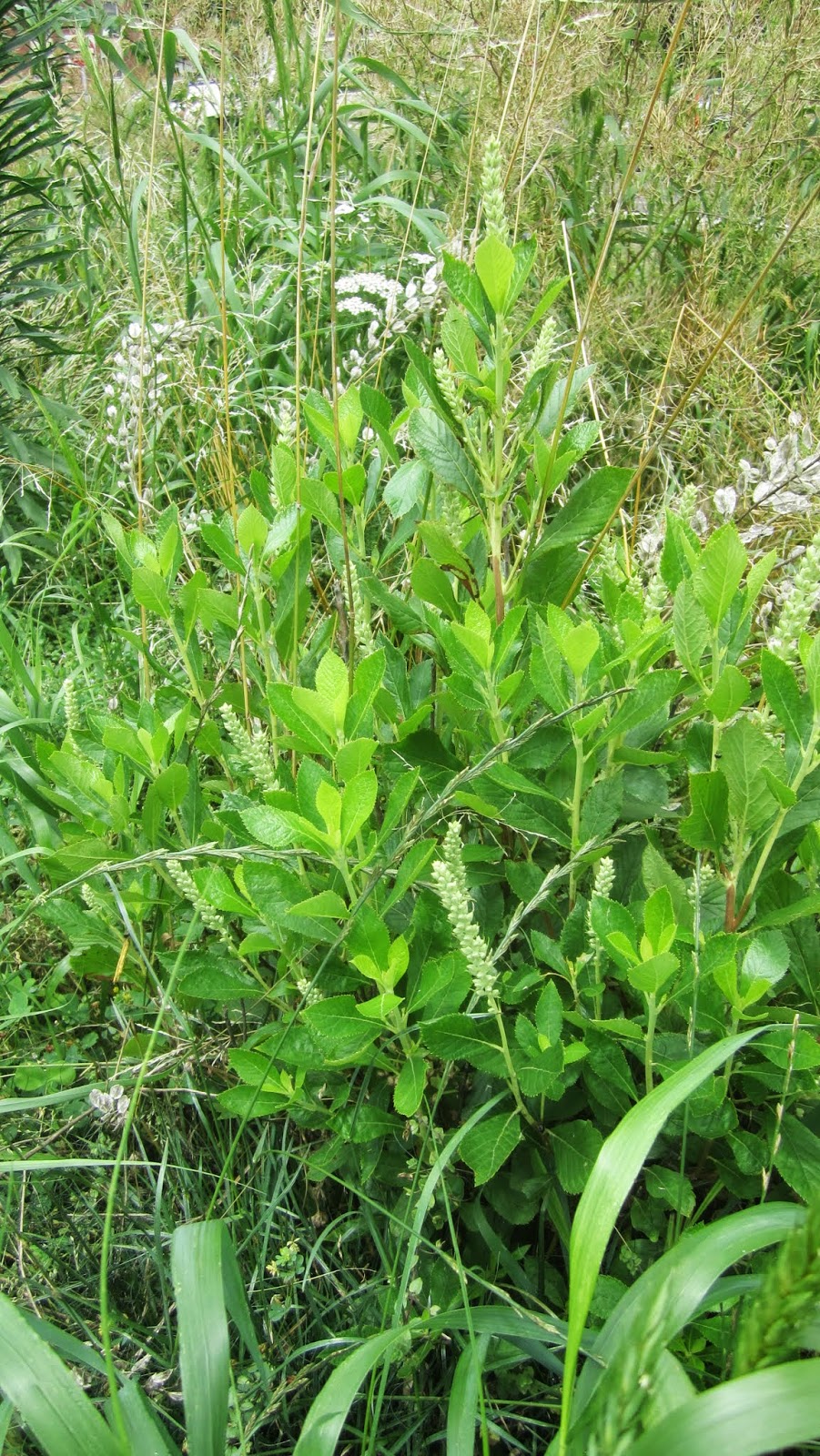 The Westminster parking lot planting is a good example of how native plants and the use of raingardens have become integrated into requirements for construction, but the maintenance side of the equation has not caught up. Maintenance, despite determining the ultimate success or failure of a planting, is given low priority, and ill-trained crews often end up doing more harm than good. The right plants go in, for the most part, but if they aren't knowledgeably maintained, you'll still end up with a failed planting, a lost investment in beauty, and a reversion to a boring trees n' turf landscape.

(Photo shows a Clethra alnifolia competing with the weeds.)