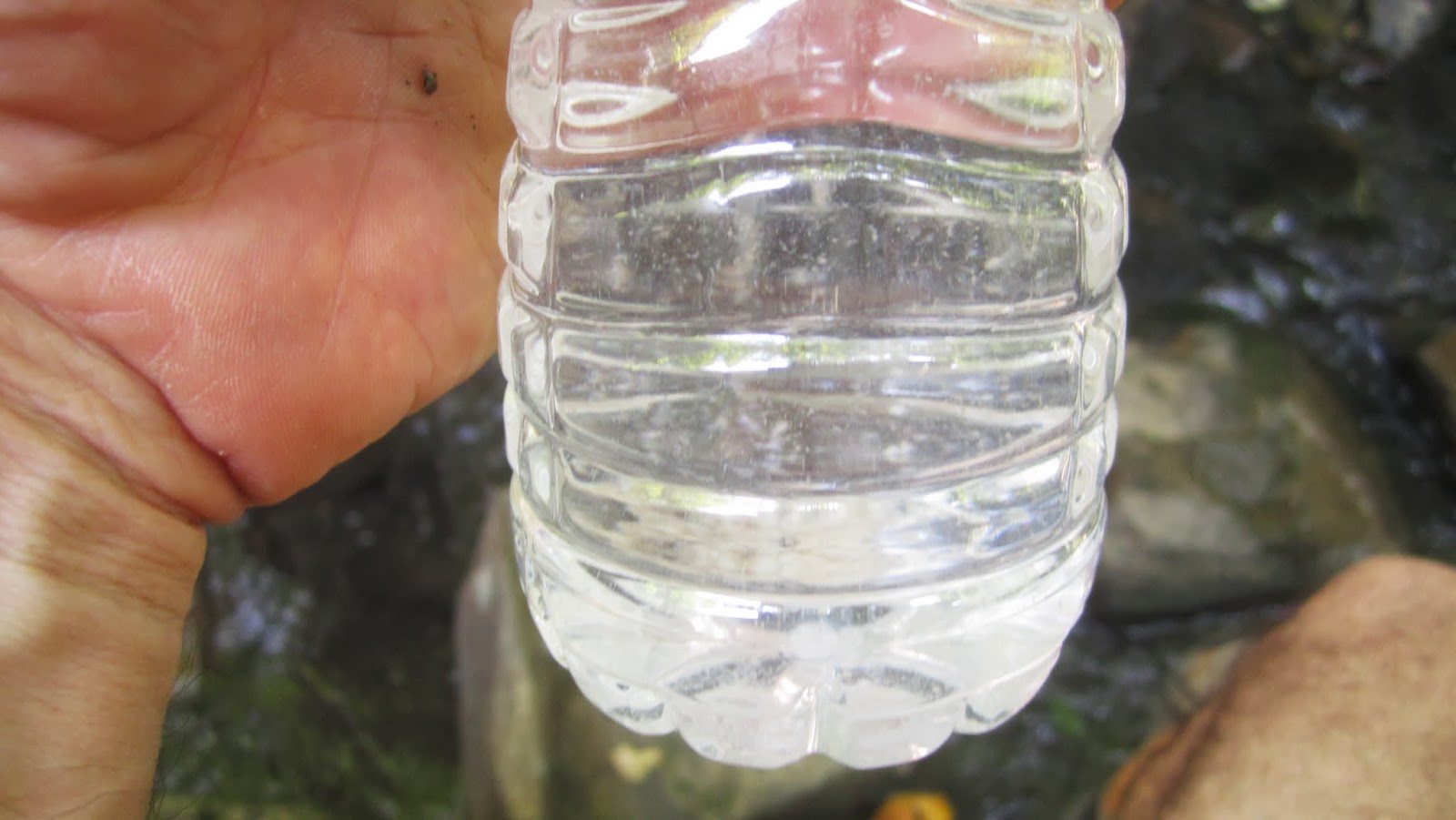 There's been a possible breakthrough in the case of the milky white color observed in Harry's Brook on June 20.

Reader Bill Sachs, better known for his work to bring the American chestnut back to Princeton, suggested the following: "If this hasn’t already occurred to you, chances are someone emptied the remains of a can of white water-soluble latex paint (or cleaned their brushes and emptied the wash water) in a drain connected to the Brook. The pigment in white paint is titanium dioxide… and it doesn’t take much to create a milky-white suspension. Easy to analyze for, too." 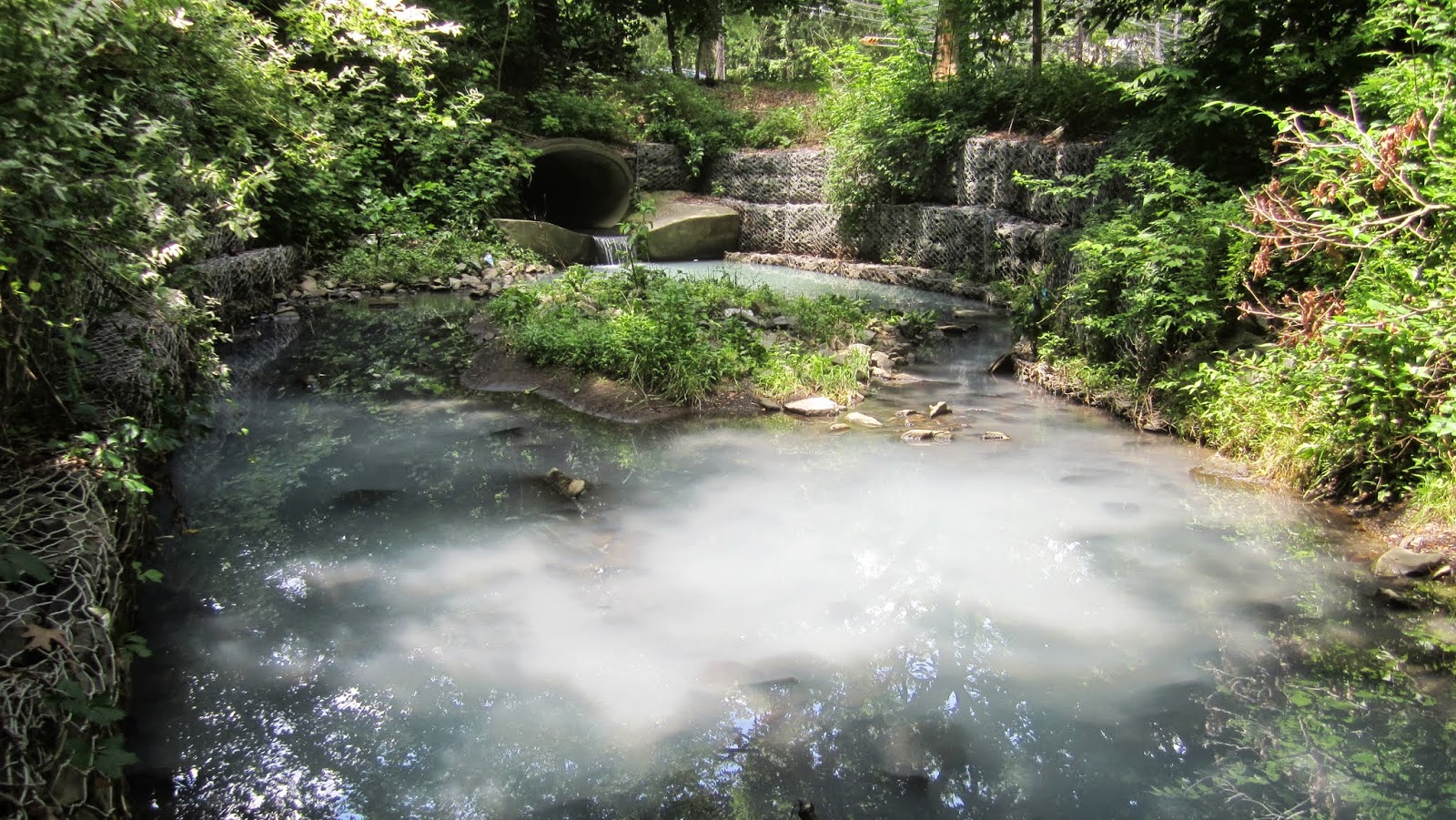 I passed this idea along to Amy Soli of the StonyBrook-Millstone Watershed Association, which has long been active in monitoring water quality in Princeton's streams. She had been suspecting an algal bloom "that was short-lived in duration", judging from the floc in the sample that I had given them.

My less than ideal sample of the milky water:
She added that the sample "really couldn't be analyzed for anything as the sample was old, wasn't preserved, and was in a plastic bottle (many things can bind to plastic, which is why glass is preferred for most parameters- pathogens and a few other parameters are exceptions). We did consider runoff of sediments but could not identify any construction areas nearby that could have contributed light colored sediments (do you know of any in the area)."

Supporting the paint possibility: Amy said that "the paint theory is a pretty good one. We still have the sample. I can't test it for titanium dioxide, but I can see if one of our labs can do so."

Thanks to everyone who has helped thus far in making sense of this pollution. Lots of pollution is invisible, and I've also heard word that the underground section of Harry's Brook extending upstream to Spring Street may be getting significant infiltration from leaky sewers in the oldest part of town. If so, this sort of pollution is having downstream consequences, as Harry's Brook empties into Lake Carnegie, which in turn feeds the Millstone River.