Comeback Chestnuts and Butternuts in Princeton

On the 7th day of the 7th month, when the Brits via Andy Murray came back after 77 years to reclaim the Wimbledon men's tennis title, I took a hike with arborist Bob Wells to see some of the comeback kids he had found along the Princeton Ridge, in the form of native chestnuts and butternuts. Bob had recently conducted a tree inventory for Princeton, completing the township portion that can then be merged with the borough's. Along the way, he found a chestnut and a couple butternuts--species that have been laid low by introduced diseases. The number of naturally occurring specimens known to still be growing in Princeton can be counted on one hand. 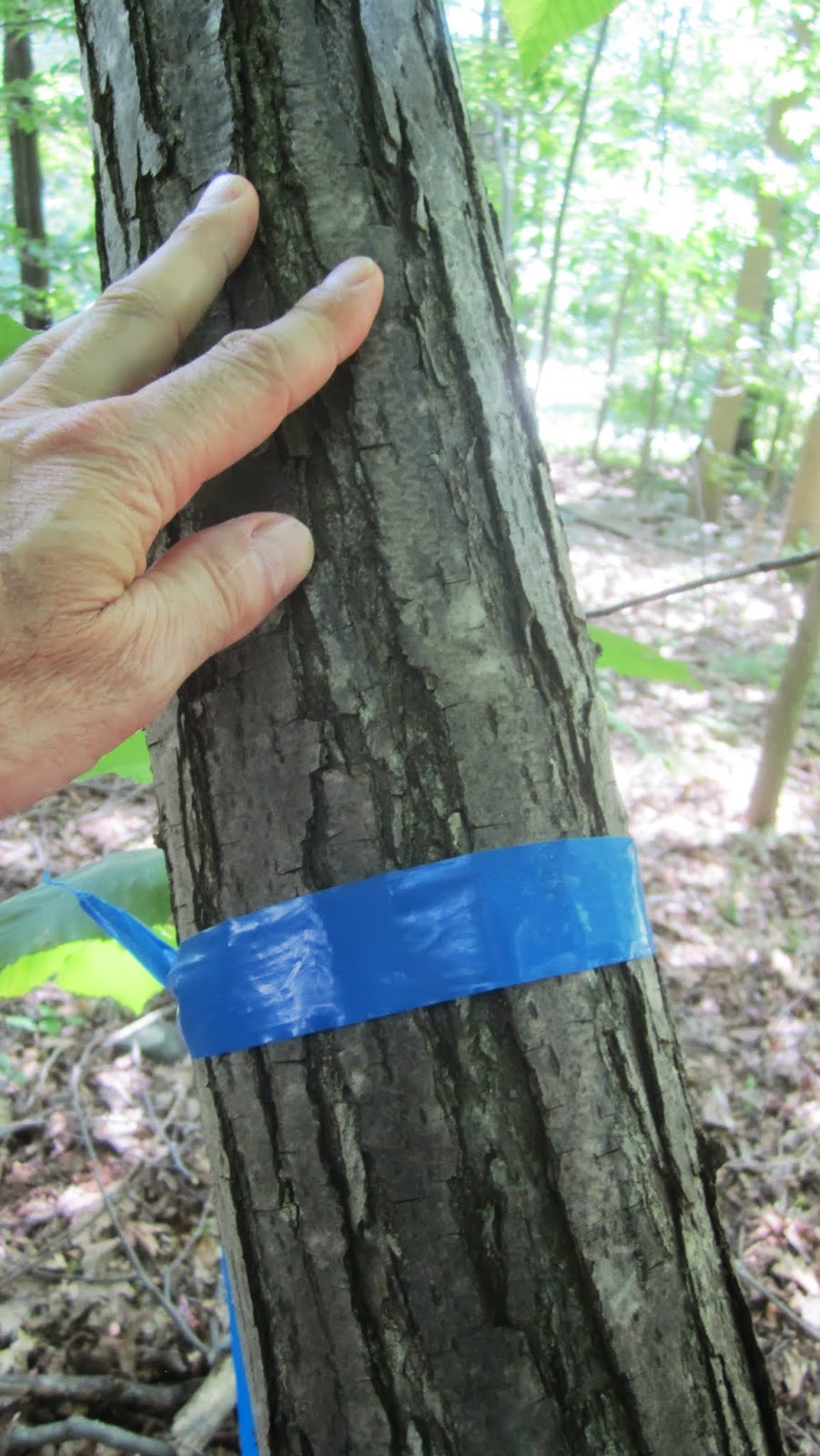 I found Bob sitting in the woods near Bunn Drive with his dog, Mongo. While waiting for me, he had counted 21 woody species around him, a testament to the Ridge's diversity. Multiple kinds of hickories, maples and oaks, a beech tree, ironwood, cherry, tulip poplar, black birch, sweetgum, two kinds of Viburnum, witchhazel--learn to identify trees and you'll never be alone in the woods.

One of the other species was a solitary American chestnut tree of 6 inch diameter, 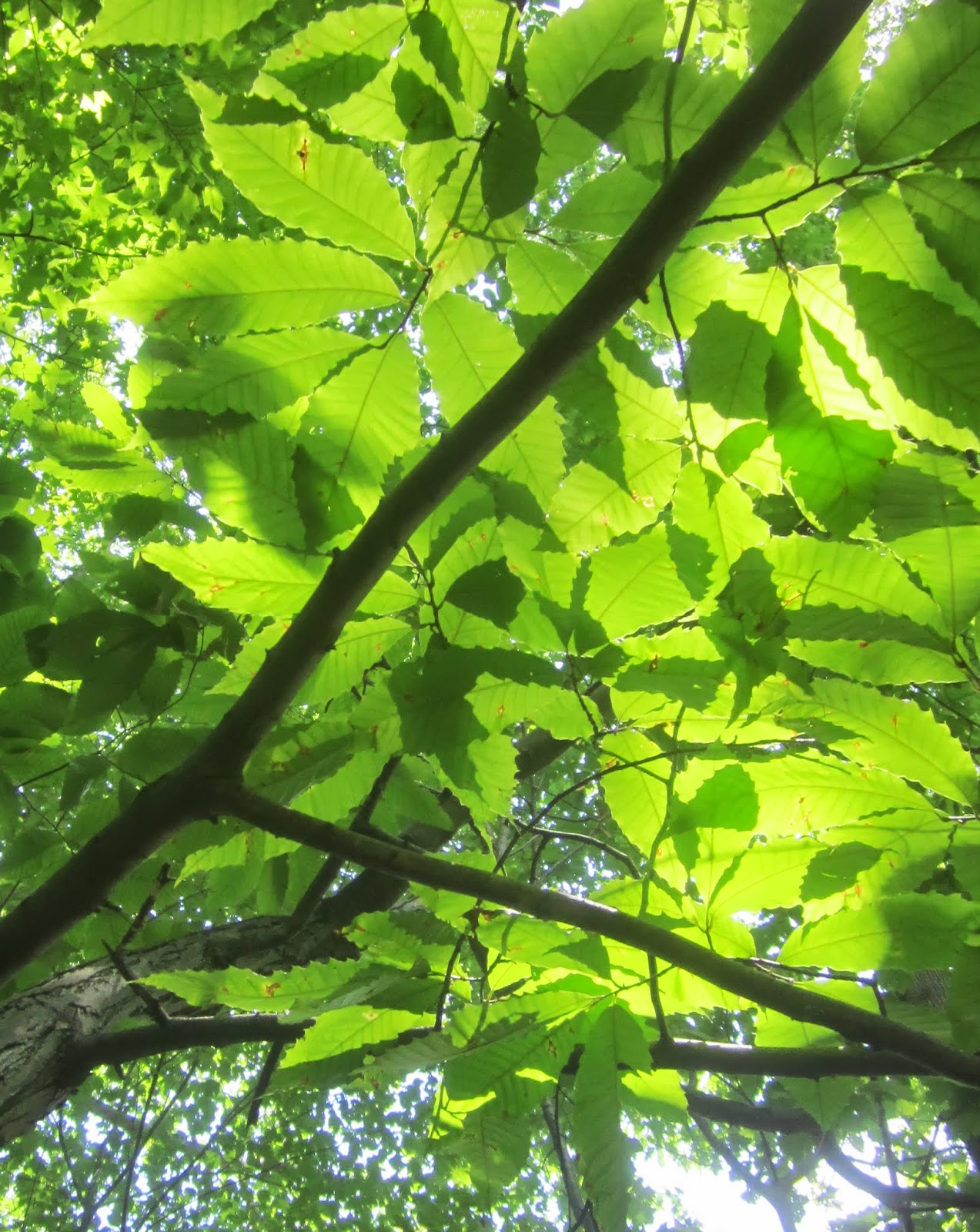 its distinctive leaves backlit by the afternoon sun. 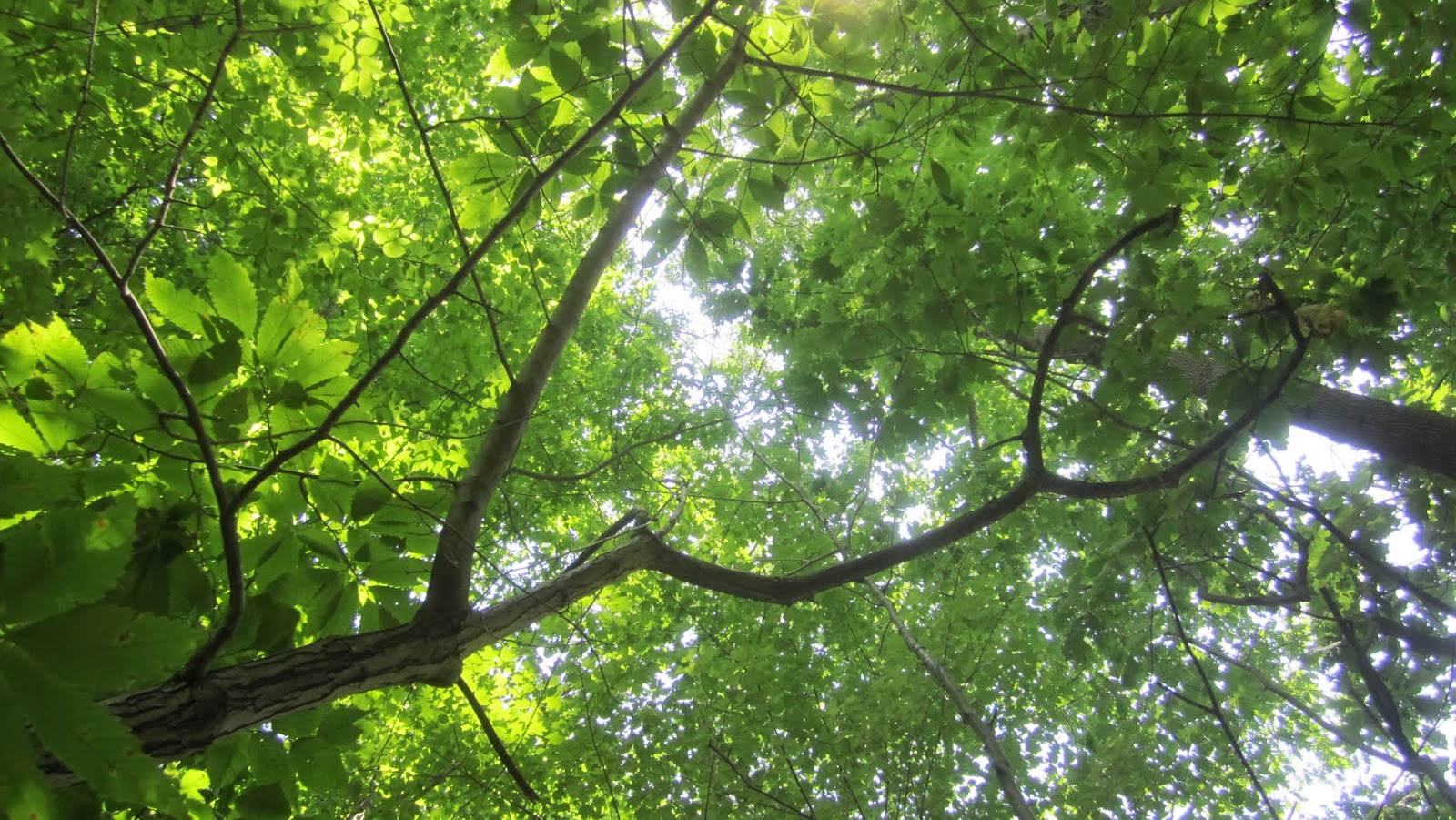 One branch appeared already to have succumbed to the blight that laid waste this once dominant species of the eastern forests. The species as a whole went underground, its roots surviving, sending up suckers that would in time be killed off by the blight. Bob wasn't sanguine about this particular tree's chances, but at least it's still there, a century since the species was stricken by imported disease, still growing towards the sun. 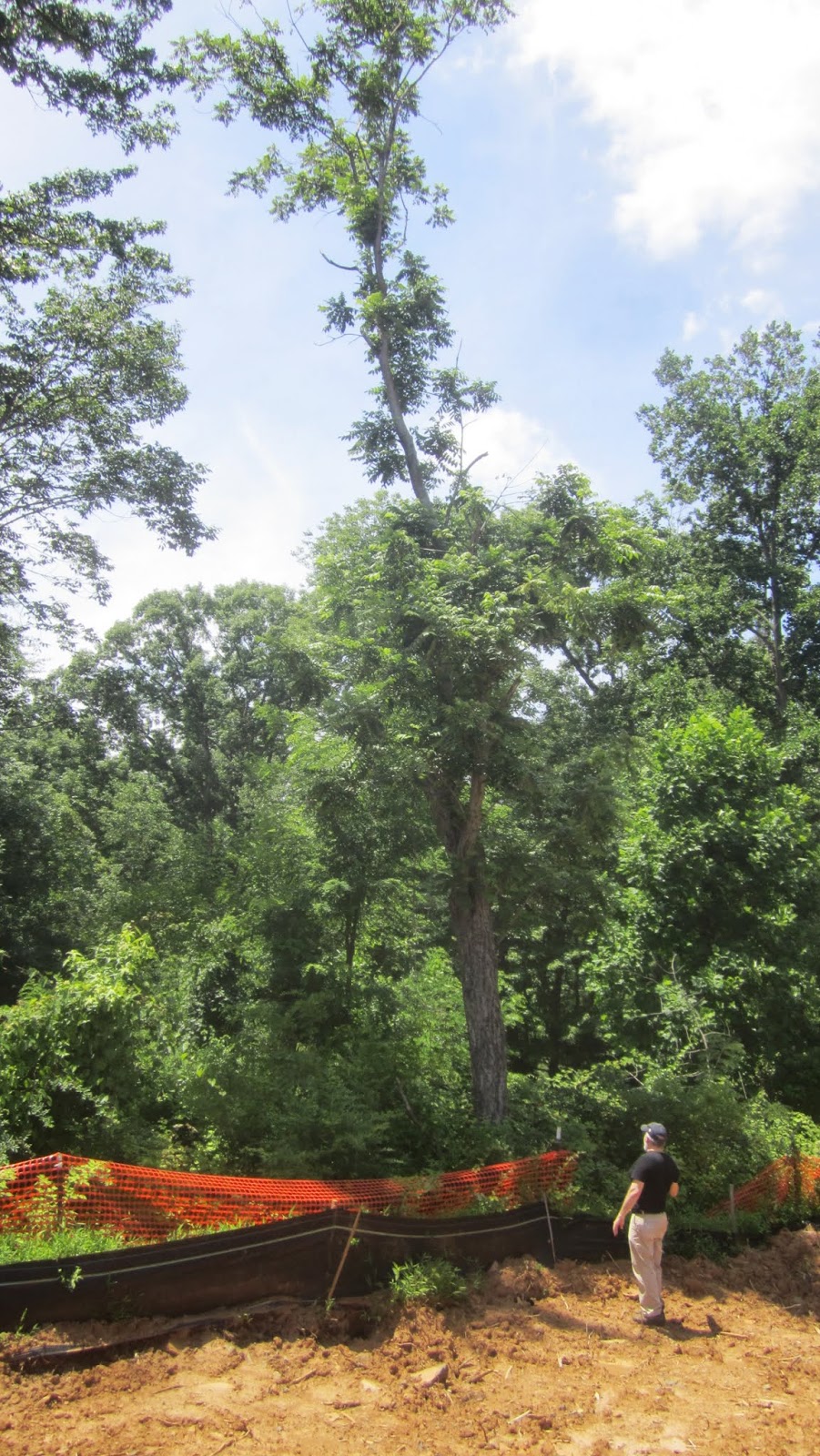 Our next stop was further up the road, where clearing for the new Westerly Road Church had left a tall, gangly butternut out in the open. Though the native butternut (Juglans cinerea), also known as white walnut, was never a dominant species, and Princeton is on the southern edge of its range, its numbers have been reduced still further by an imported fungus. 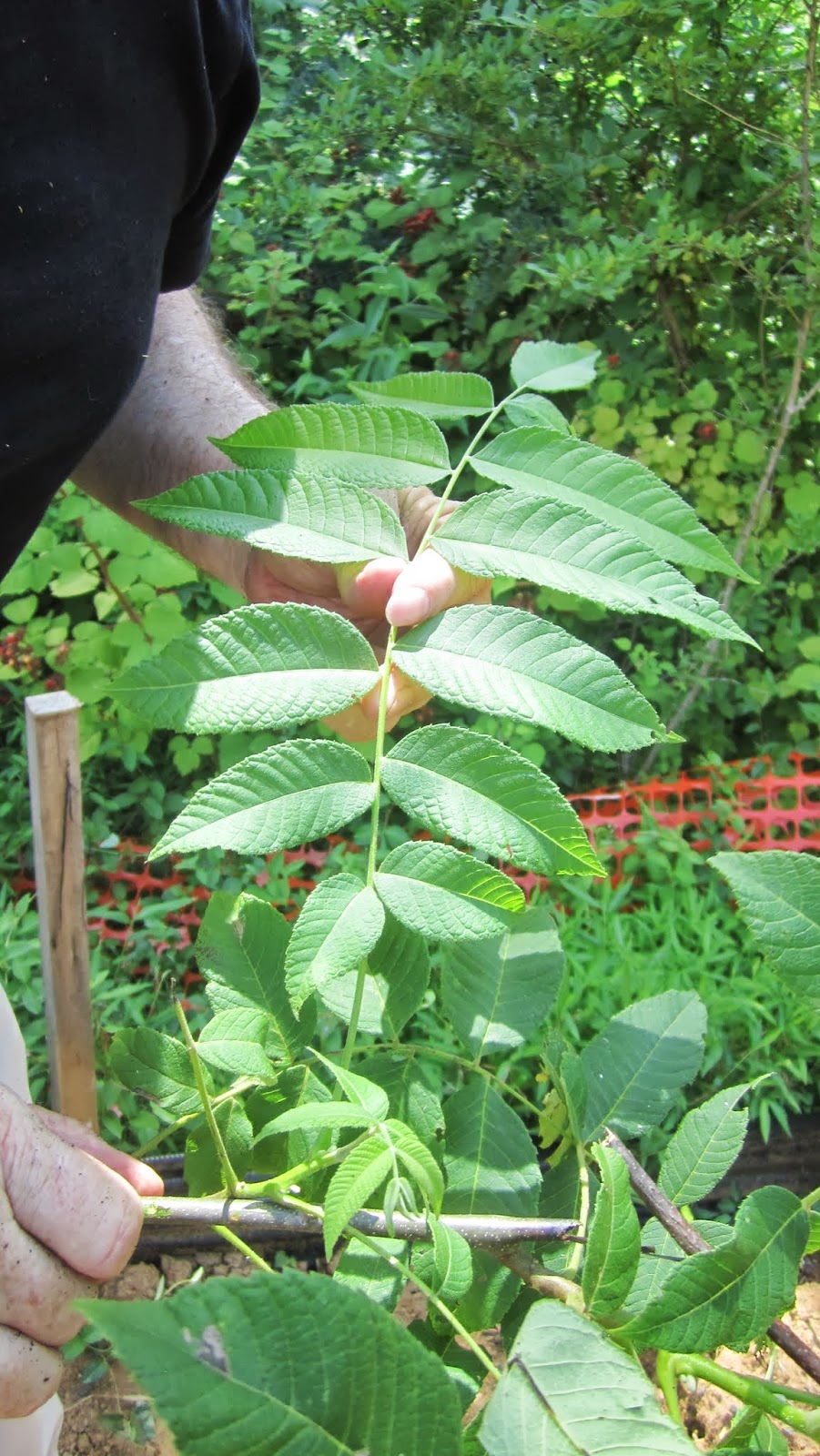 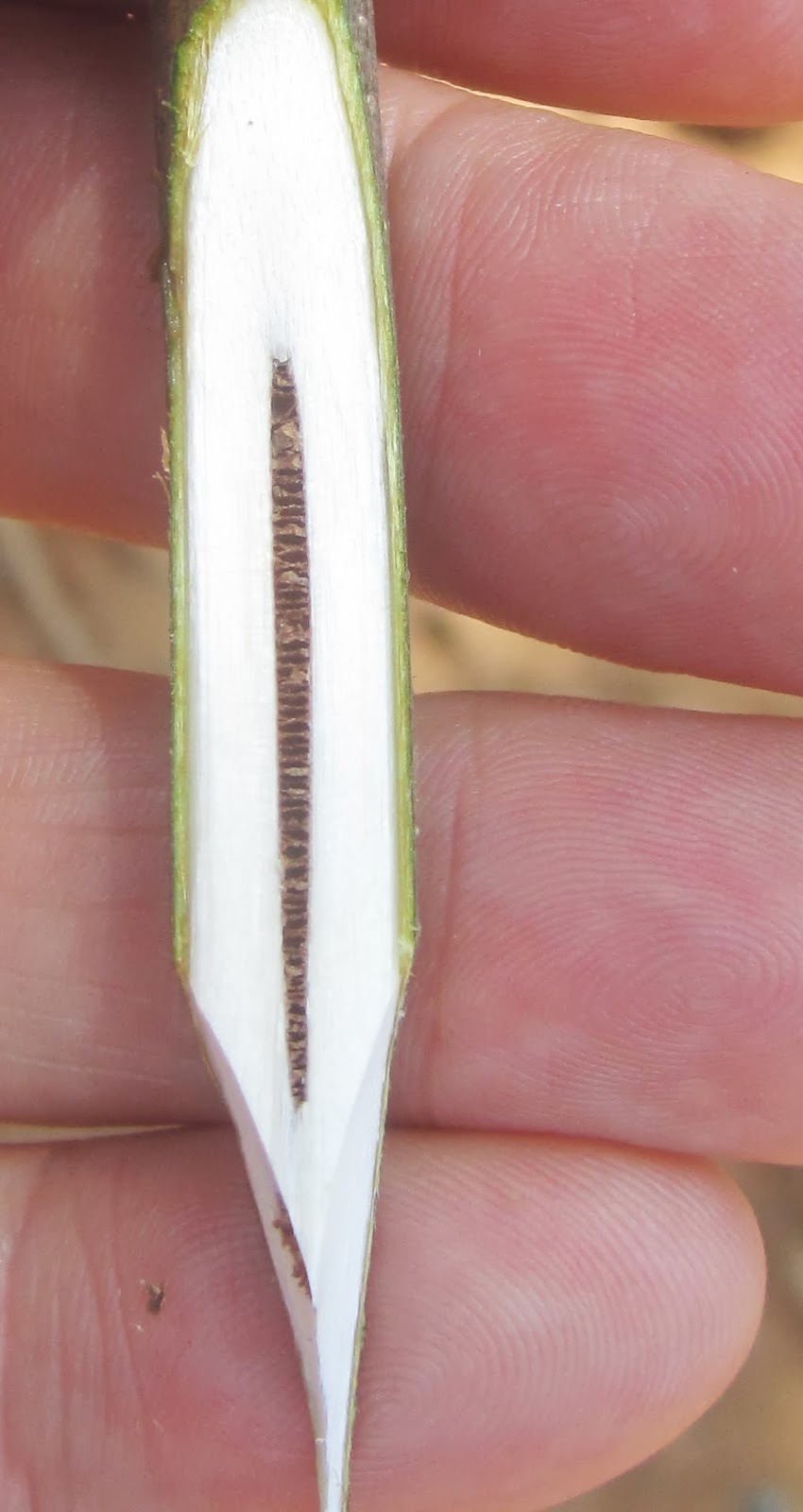 and the dark brown pith. The trunk being hollow, Bob wasn't too optimistic about this tree's longterm chances, either, but to find a survivor is always reason for hope. 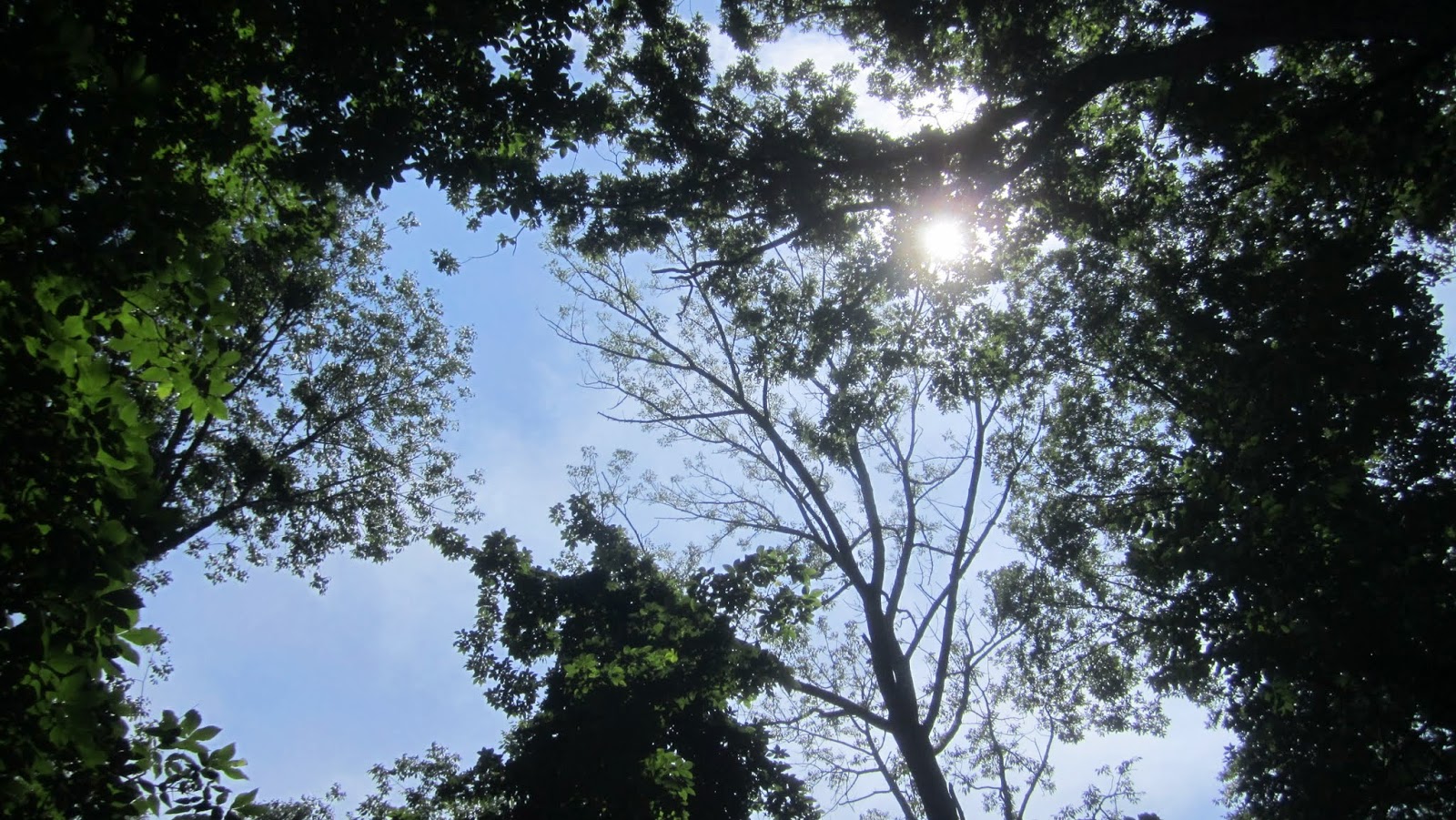 Heading around the bend onto Herrontown Road, Bob pointed out the thinned out foliage of a number of ash trees. Ash dieback, ash decline, something's going on with Princeton's ashes, and not much is known about the cause. Thinking it might be the arrival of the Emerald Ash Borer, the Asian insect accidentally introduced into Michigan that has been devastating ash trees on its way east, Bob arranged to have some traps set in the area. Results were negative.

To know and love trees is to realize that we cannot take our forests for granted, that behind the facade of static green is a shifting drama of competition, predicted demise, potential comeback, and mystery as engaging on its time scale as any sport. People play negative or sometimes positive roles in this high-stakes game. The easy accident of introducing a new disease to America is followed by a very long and hard struggle to save the species that are then pushed to the brink. 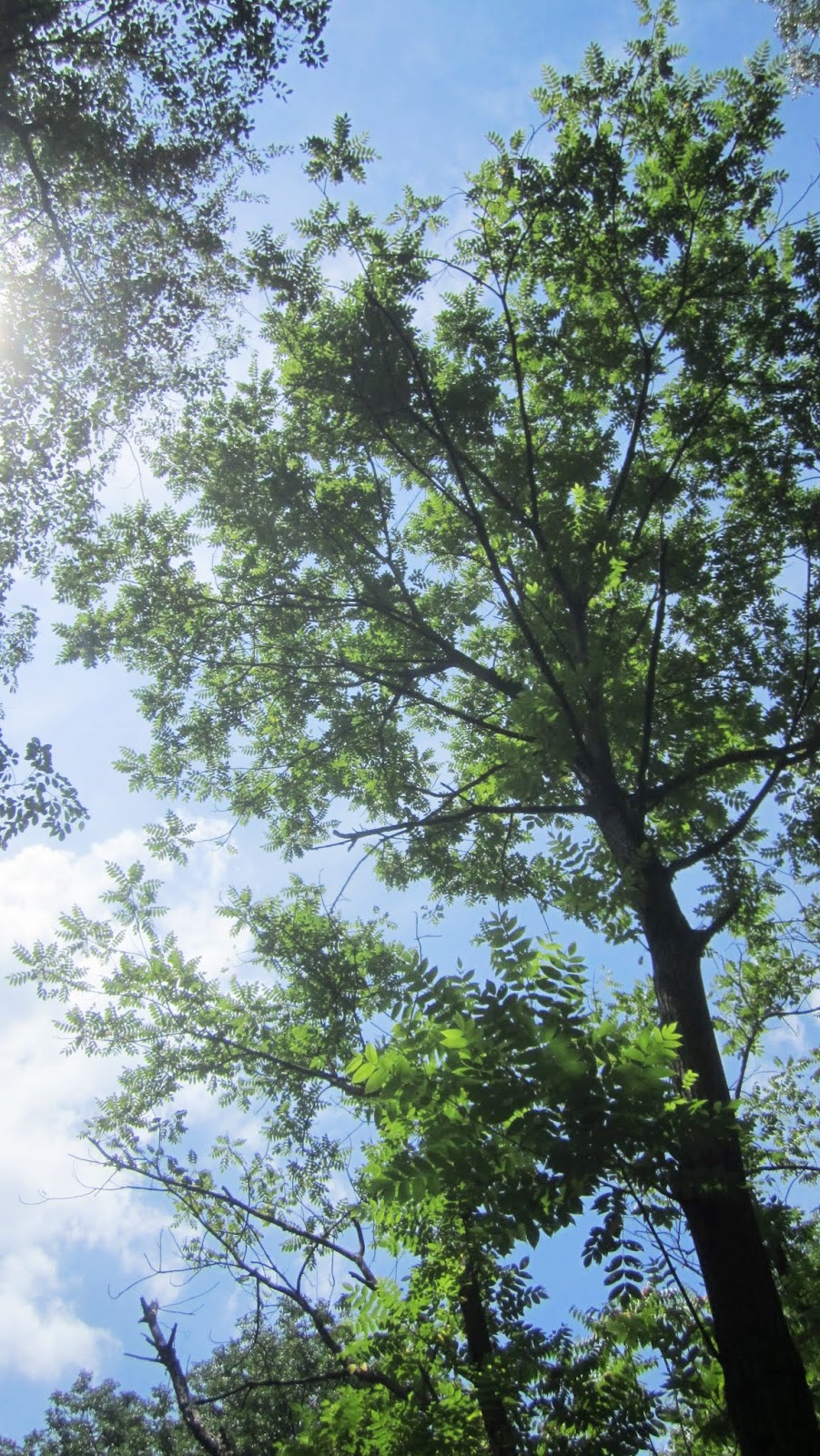 Our last stop was Autumn Hill Reservation, where Bob led me to a healthy butternut back in the woods, with room in the canopy to grow. I thought I saw another some 100 feet further off the trail, with impenetrable brush impeding our effort to confirm. 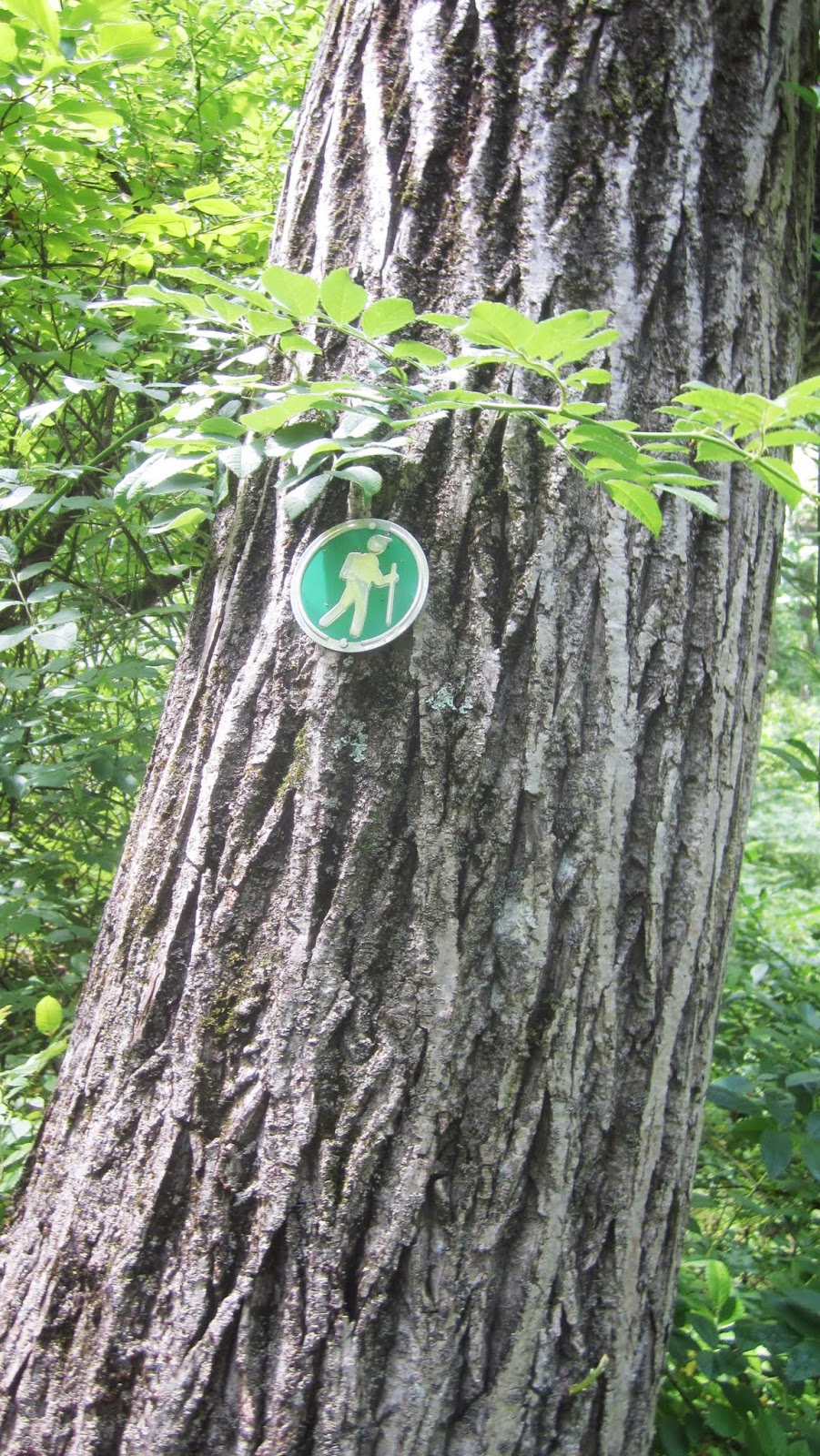 The bark of a butternut has a distinctive weave to the ridges. As you can see they've been known to sport a green trail marker, though they receive less compensation than famous athletes with product logos attached.

A few days later, I showed these trees to local nut tree expert, Bill Sachs, who has been growing and reintroducing American chestnuts and butternuts in various Princeton parks. He had located three butternuts growing naturally in Princeton, two of which have since been lost--one to a chainsaw, the other to flood and wind. Bob's discoveries bring the number back to three, plus all the seedlings Bill has grown.

We loppered our way through the invasive brush to reach what I had thought was an additional butternut 100 feet off the trail. A closer look proved it to be a black walnut.

Butternuts need more than one tree in order to bear nuts. The hope is that these few survivors have some level of resistance to the attacking fungi, and if we can start new groupings of these trees that will then bear seeds, these species can be coaxed back from the brink, to take their rightful place in Princeton's future.
Posted by Steve Hiltner at Friday, July 12, 2013