Searching for Echoes of the Carolina Parakeet 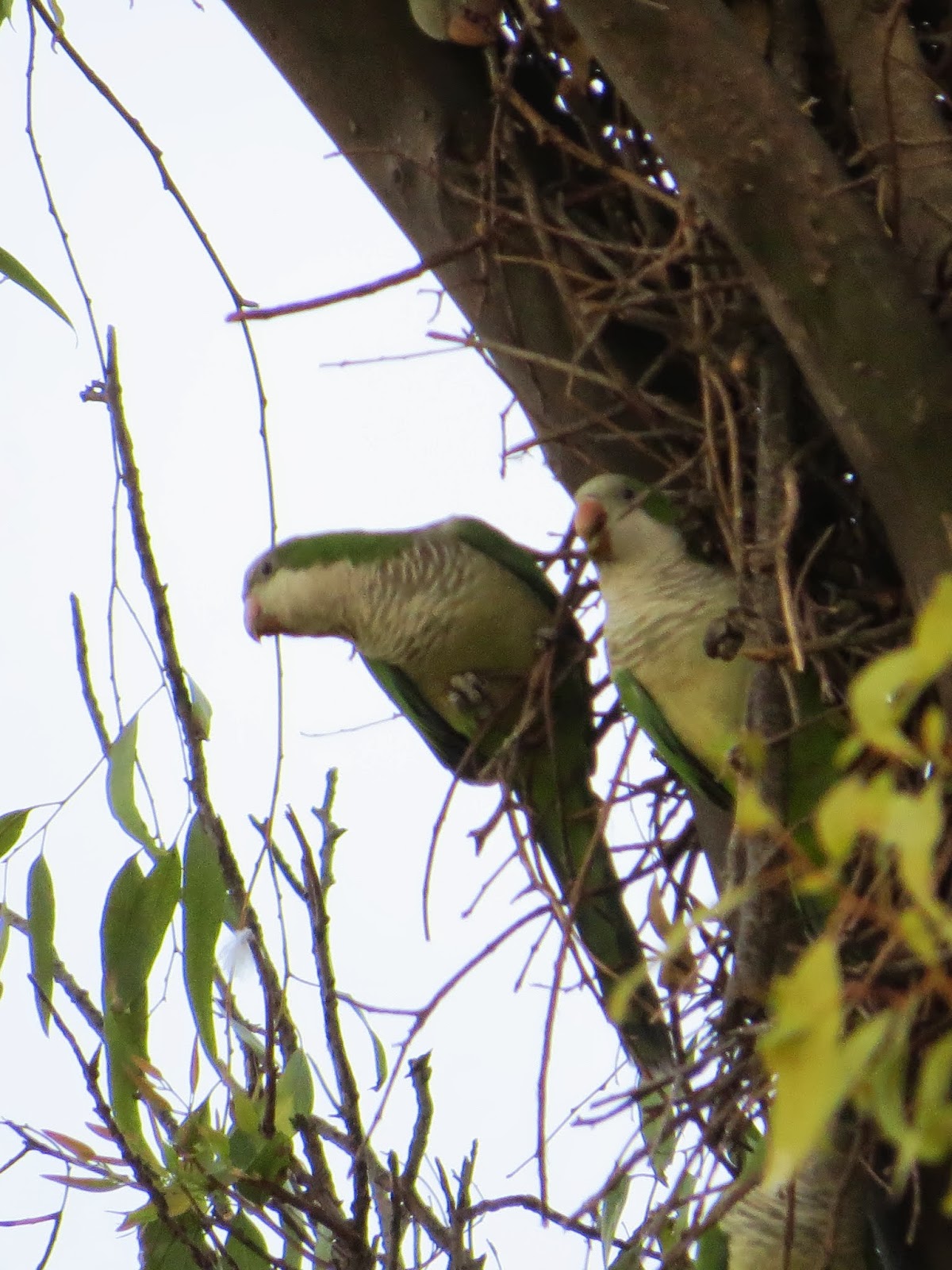 In the pampas of Argentina, where green-colored parakeets chatter and fly overhead in twos or threes, 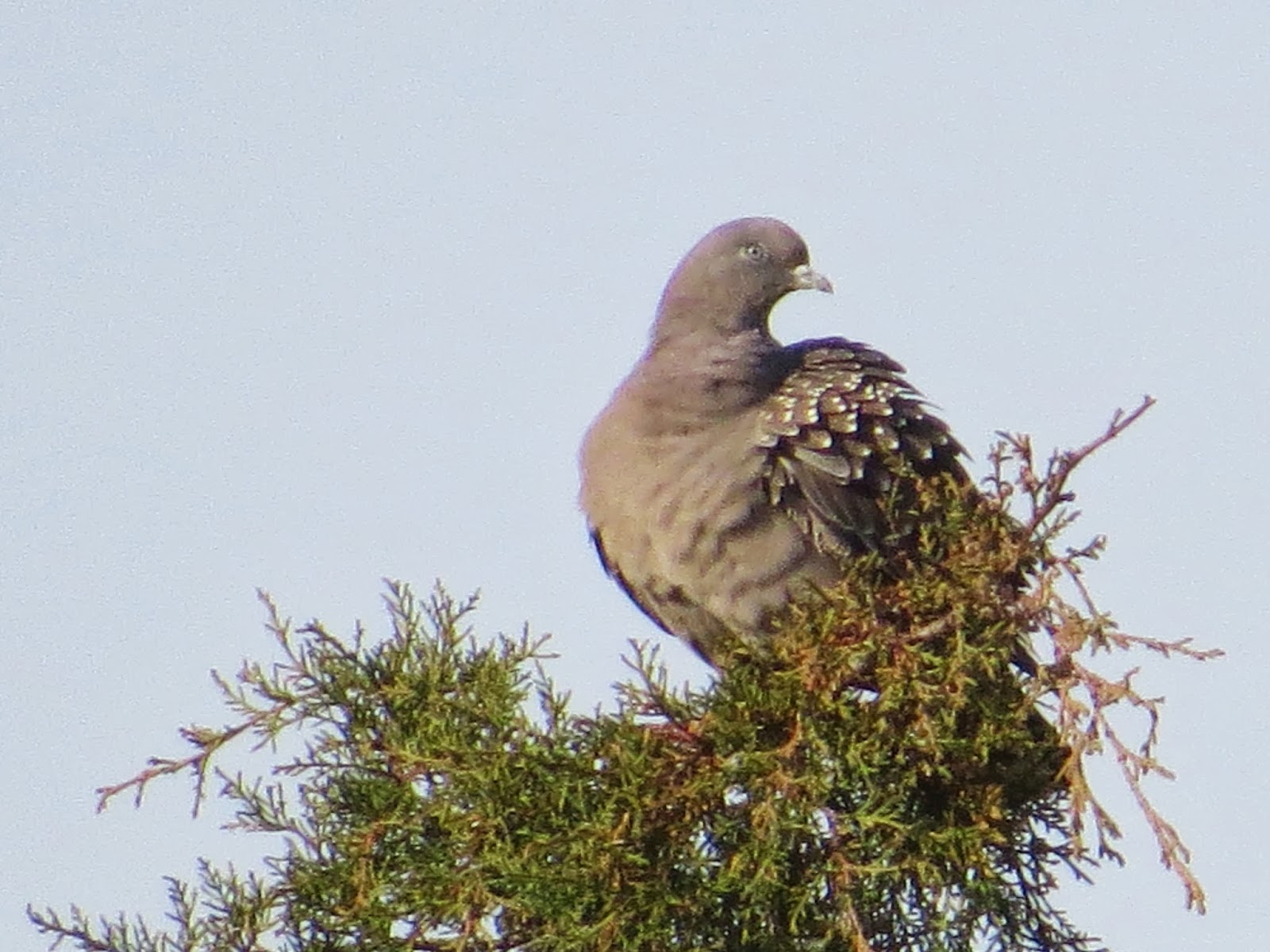 and pigeons perch in trees rather than on buildings, it's easier to imagine what sights North America might have offered before the Carolina parakeet and the passenger pigeon went extinct in the early 20th century. 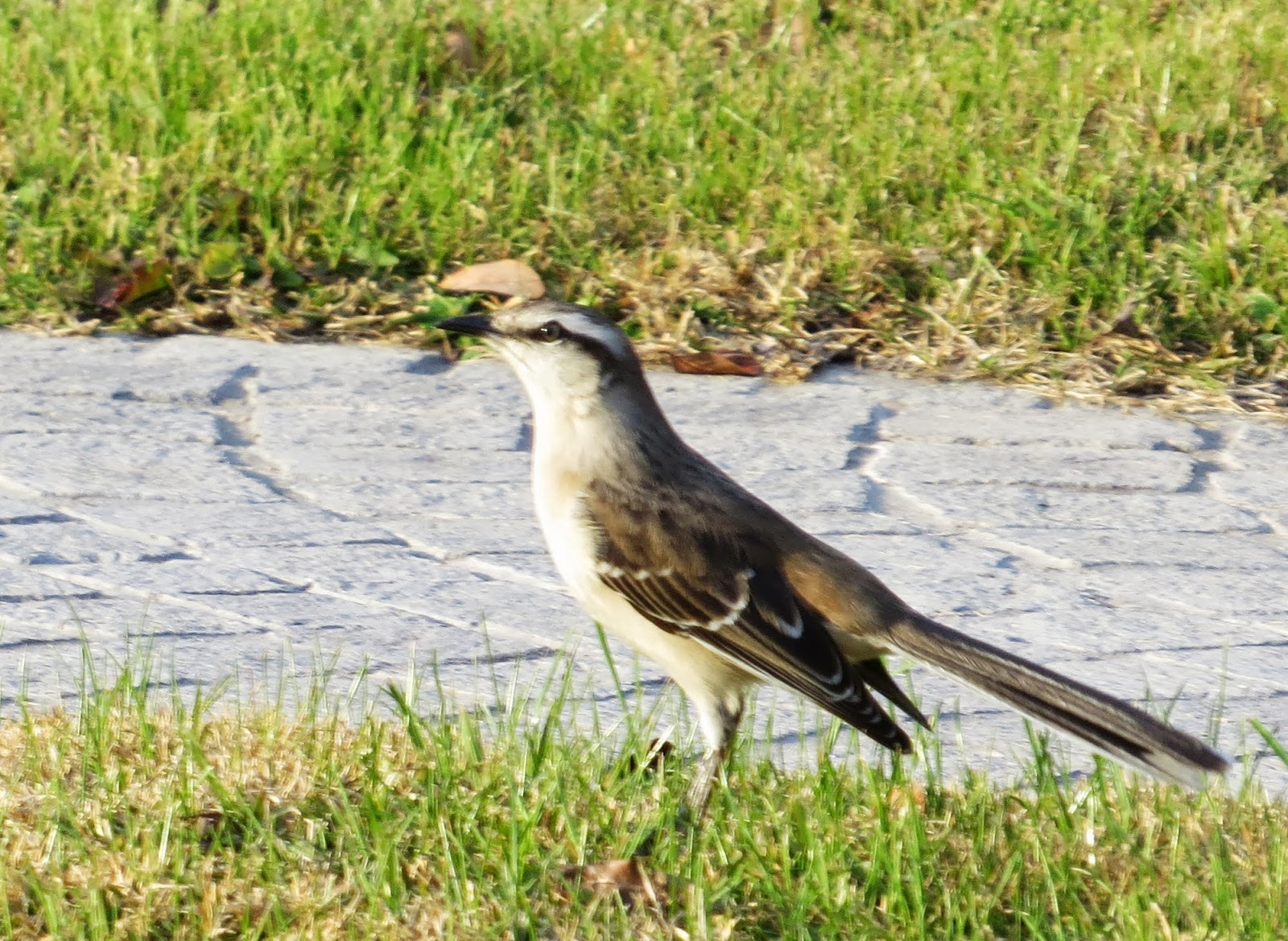 Argentina can seem a parallel universe, ecologically, suggesting that species in North and South America evolved from common ancestors, and now display a mix of similarities and differences. This bird, common in a suburban landscape an hour outside of Buenos Aires, does a good imitation of the Northern Mockingbird found in Princeton. It may be one of the southern mockingbirds shown in this link. 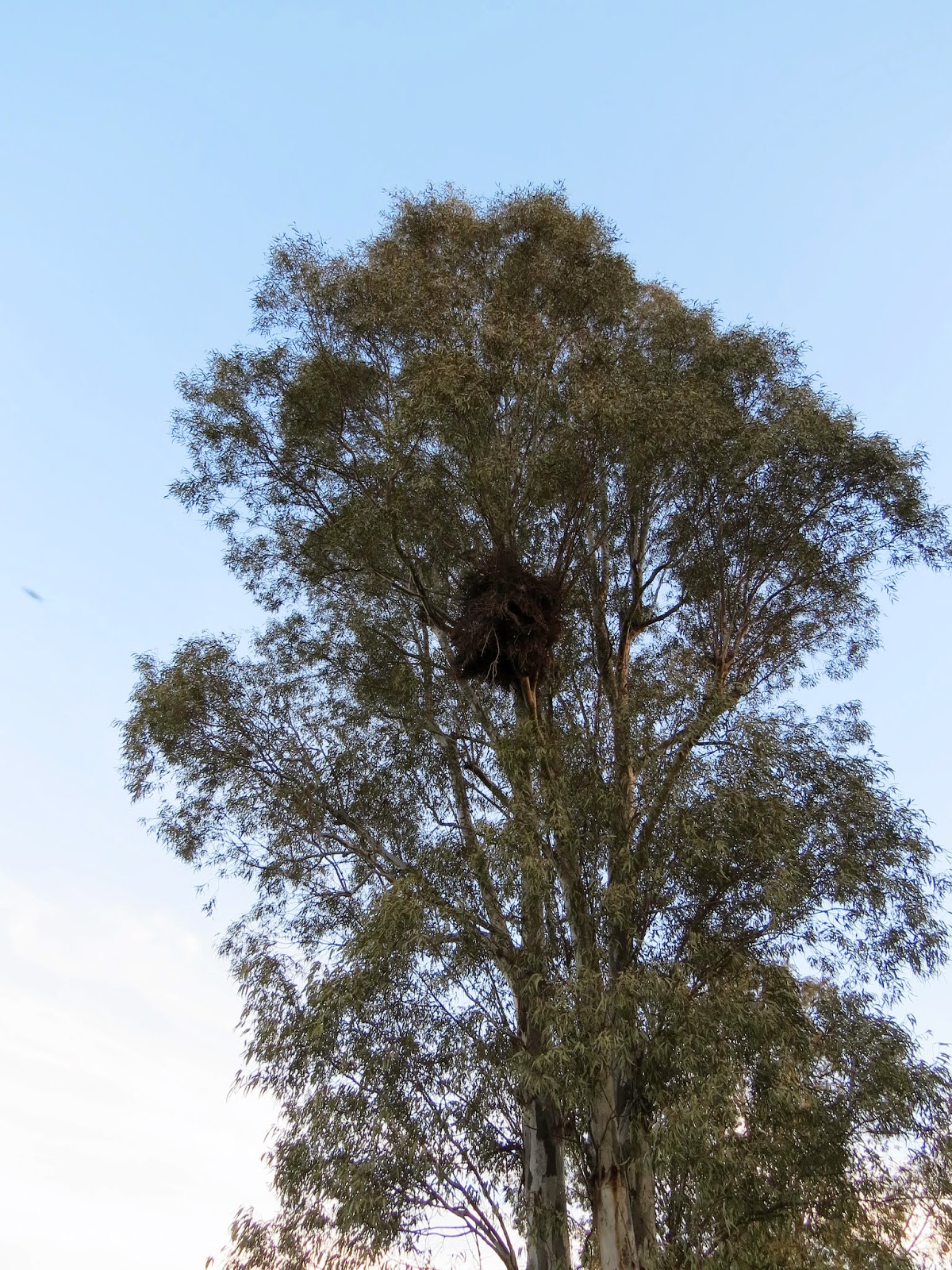 The ranges of close South American relatives of the Carolina parakeet, according to the Wikipedia writeup, don't extend down to the Argentine pampas. Nor did the Carolina parakeet build giant nests like the one seen in this Eucalyptus in the pampas. In fact, it's hypothesized that one of the many and varied factors causing the Carolina parakeet's demise may have been the introduction of the honey bee into North America. The bees colonized nesting sites formerly used by the birds.

The nest builders encountered in the pampas turn out to be Monk parakeets, native to Argentina, though the eucalyptus trees they prefer for nest-building come from Australia. The now-common eucalyptus, planted in a landscape historically dominated by grassland, has contributed to a population explosion of the parakeets. 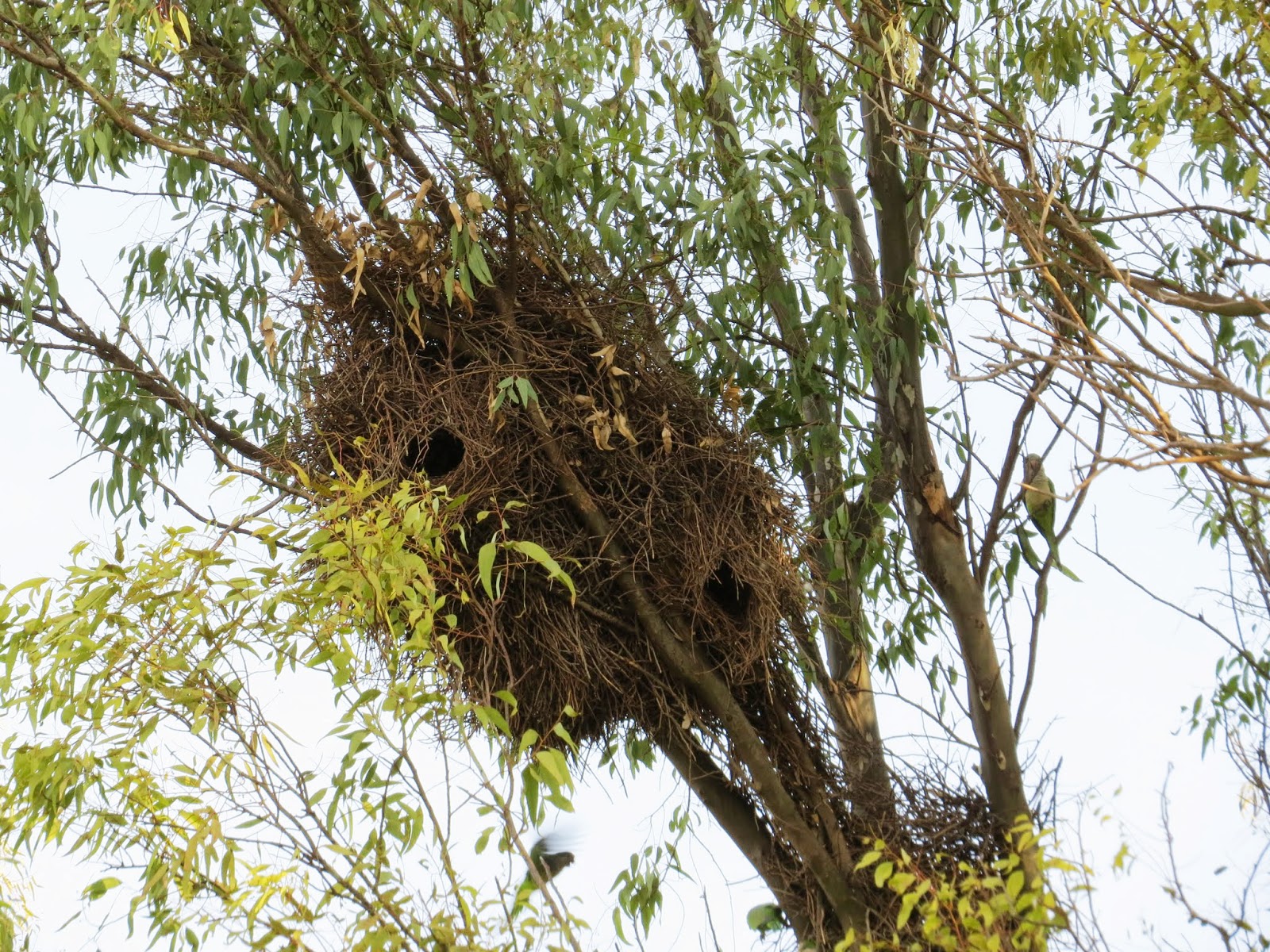 Each nest has multiple holes, each housing a mating pair. 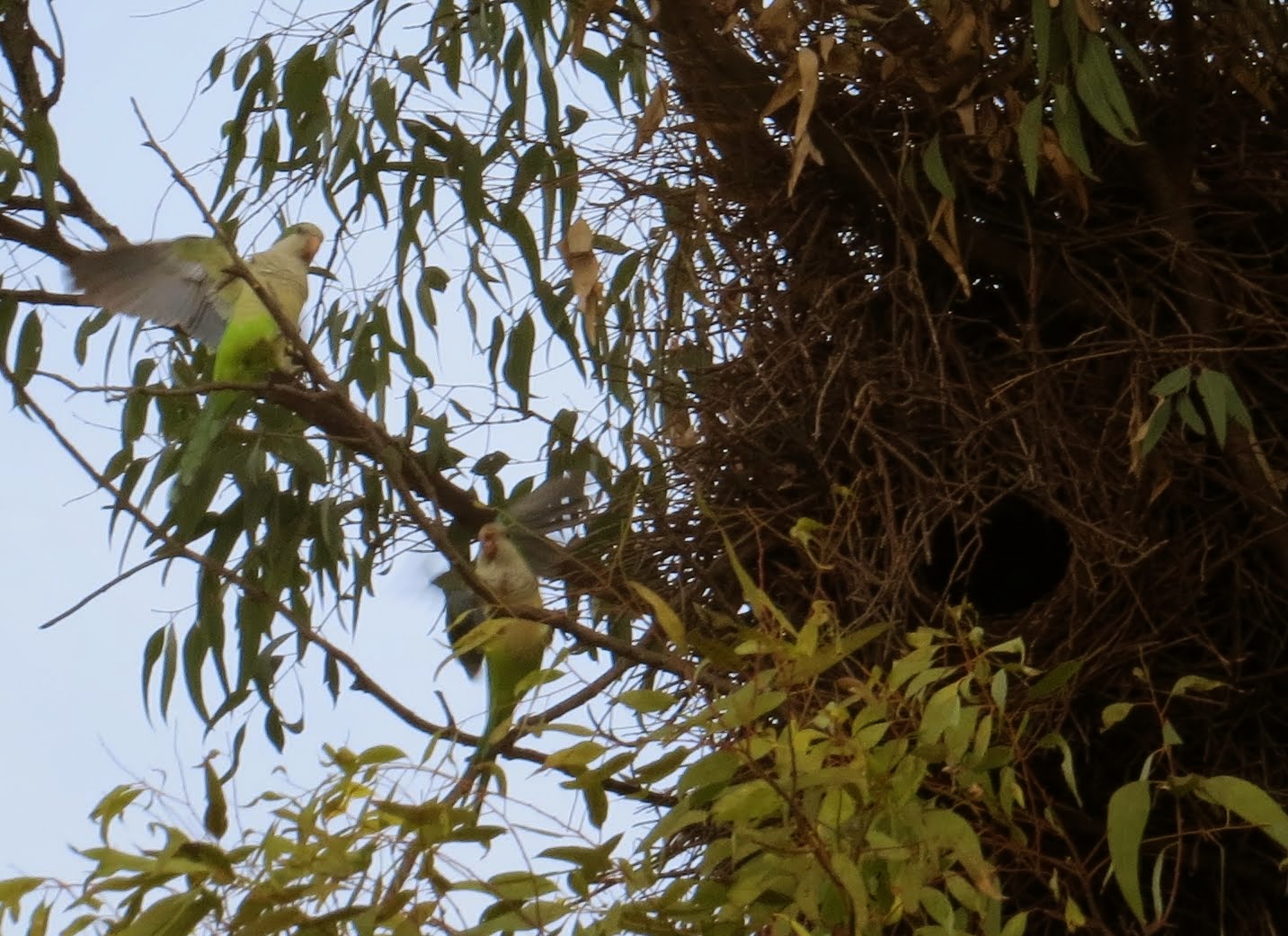 Monk parakeets, also called Quaker parrots, have a parallel presence in New Jersey, where some escaped 40 years ago to form self-sustaining populations, most notably in Edgewater, NJ, where they enjoy their own website and the support of human advocates. 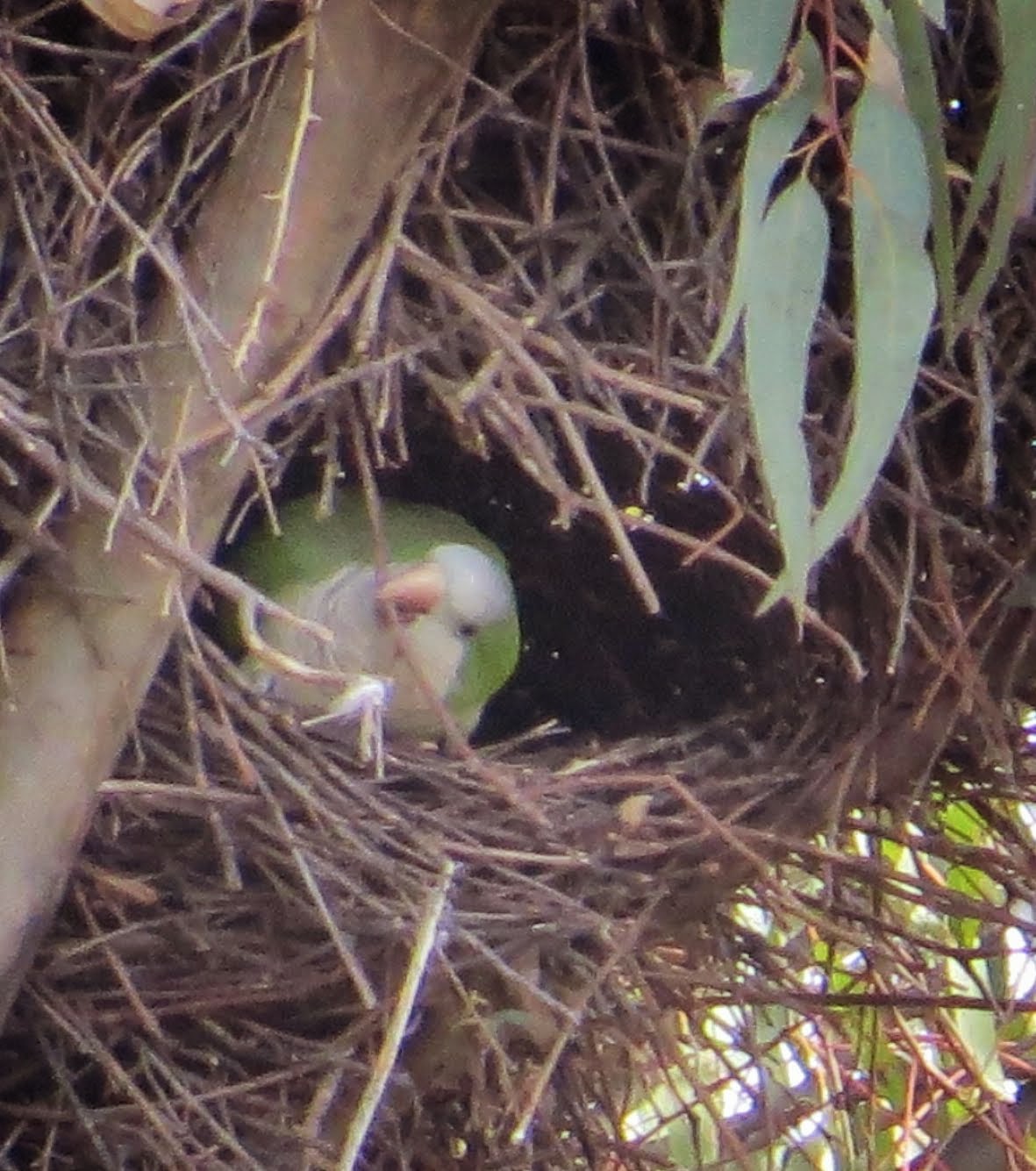 Their nest-building in NJ has caused controversy when applied to utility poles, which can lead to power outages. Maybe they're encouraging humans to lead a more sustainable, off-the-grid lifestyle, of the sort they clearly have mastered. 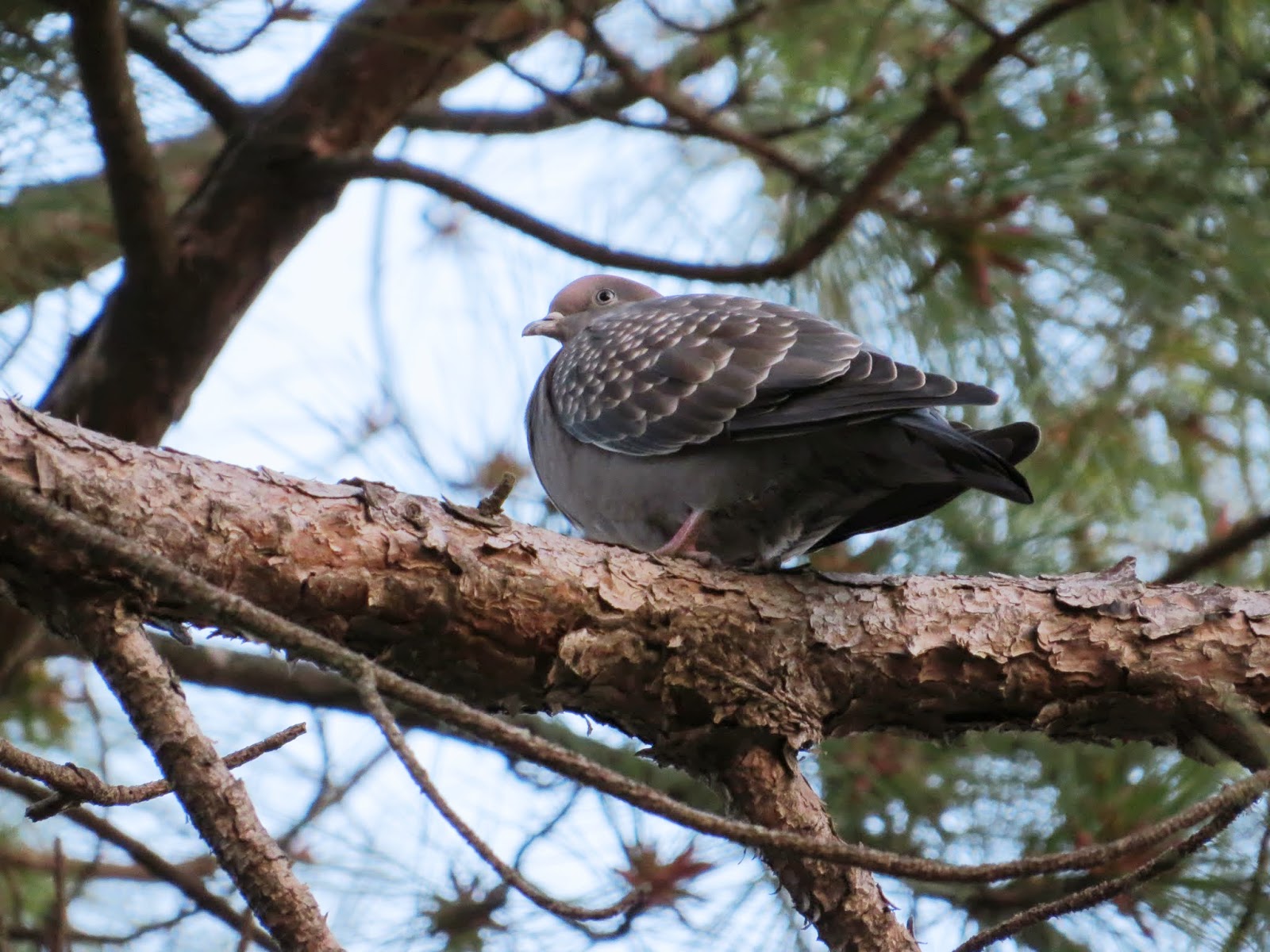 Though they give aid to the imagination, none of the pigeons in the pampas are close relatives of the passenger pigeon. For those, one would have to travel to the western U.S. to see the Band-tailed pigeon, or to Patagonia in southern Chile and Argentina to see the Chilean Pigeon (Patagioenas araucana).

In another twist in the ancient and modern links between North and South Americas, like the Australian eucalyptus trees common in the pampas, the pine tree this unidentified pigeon is perching on is also an import, from the northern hemisphere.
Posted by Steve Hiltner at Monday, July 29, 2013