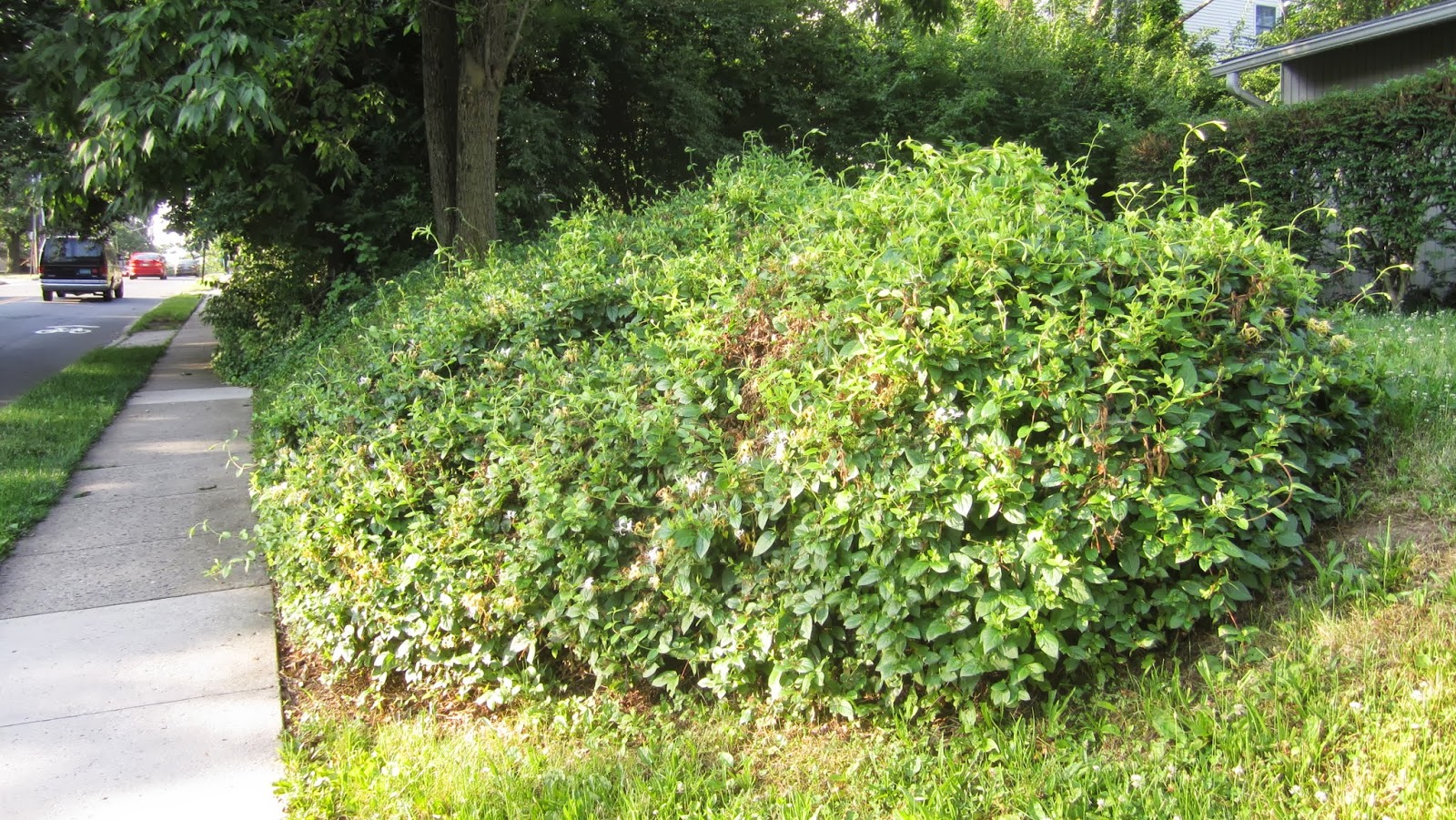 Ever wonder what a shrub would be without wood? It would be a would-be shrub, better known as a vine 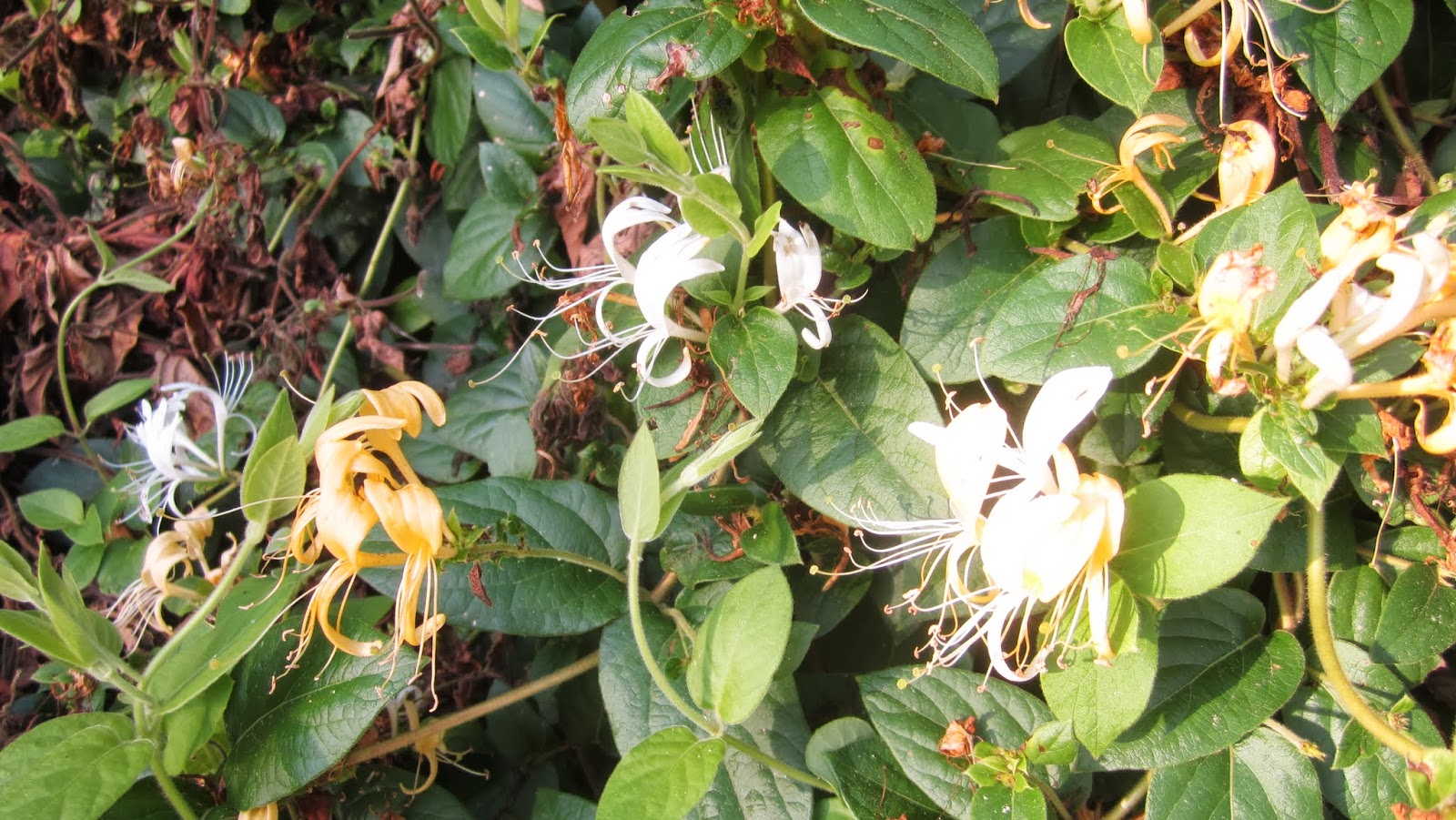 that in this case goes by the name Japanese honeysuckle, which years back grew up and over a real shrub that eventually succumbed to the suffocating shade and began a slow-motion collapse under the weight of the vine's boa-like envelopment. It really can be seen as a form of digestion. No doubt the vine has been prospering on the nutrients slowly released by the decaying shrub infrastructure within.

I doubt that anyone at the Senior Resource Center on Spruce Circle even noticed what the vine would, could, and did.
Posted by Steve Hiltner at Saturday, July 06, 2013