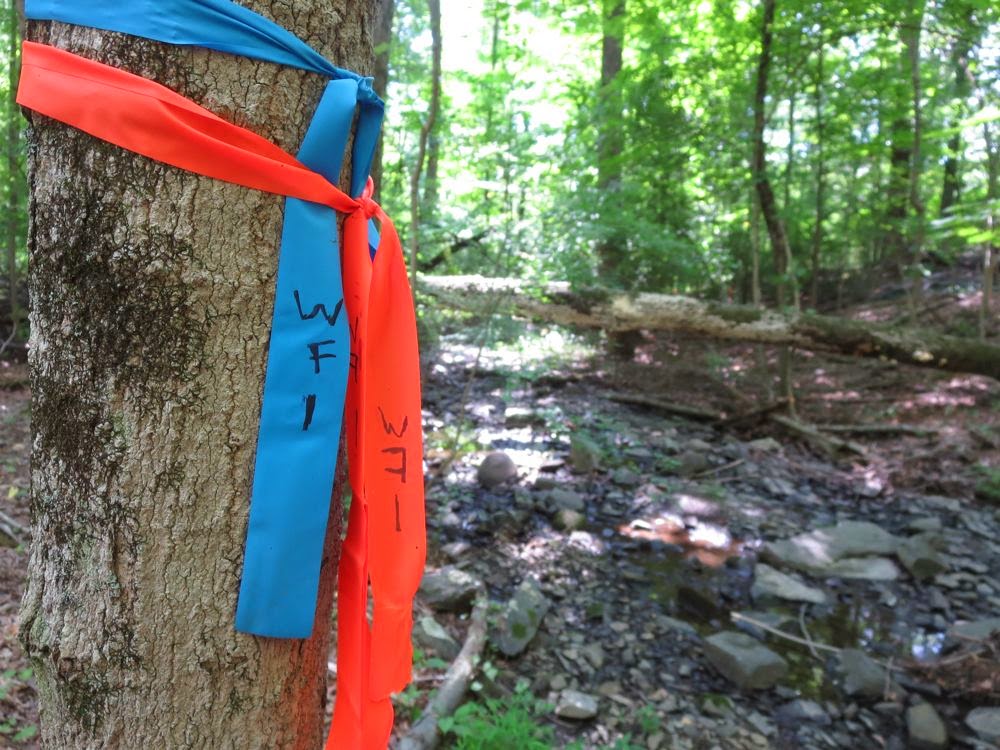 There's a bit of a shock awaiting anyone who takes the short trail from the Herrontown Woods parking lot down to the rock-lined stream. Ribbons of different colors are now wrapped around trees; survey stakes mark points with significance unknown. 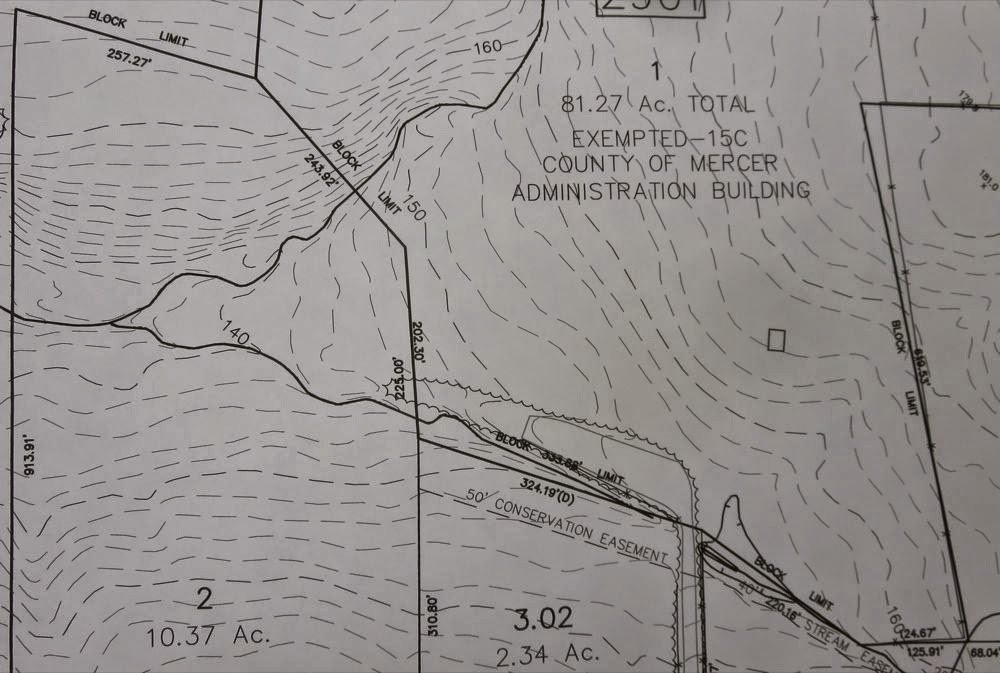 There's a strong feeling of invasion in a landscape thought to be safe from intrusion. Take a look at a map, however, and you see that what was assumed to be part of the park in fact is not. In the lower middle of the map is the parking lot, with a small portion of the driveway leading in at the bottom, to the right of "3.02". To the left, you can see that where the two streams meet is actually in a separate parcel. That long sleepy parcel of 10+ acres fronts on Snowden Lane across from Smoyer Park, and was recently purchased.

Thus far, I've contacted town staff and the Friends of Princeton Open Space. Stream buffer requirements (probably 50 feet on either side) may protect the space between the streams from development. The steep slope (evidenced by the topo lines being crowded together) may limit development in the upper left. But all of this is speculative, and doesn't rule out the possibility that one of Herrontown Woods' prettiest and most peaceful stream crossings could be compromised by housing construction.

Note: That trail, by the way, was blocked for a month or two by a fallen tree. Word got to volunteers Kurt Tazelaar and Sally Curtis, of Friends of Herrontown Woods, who spent a couple days clearing the blockage. If you like to "like", or want to read more about Herrontown Woods and the Friends group, check out the Friends' facebook page, and also various posts at VeblenHouse.org.

Below are the various ribbons and stakes encountered. 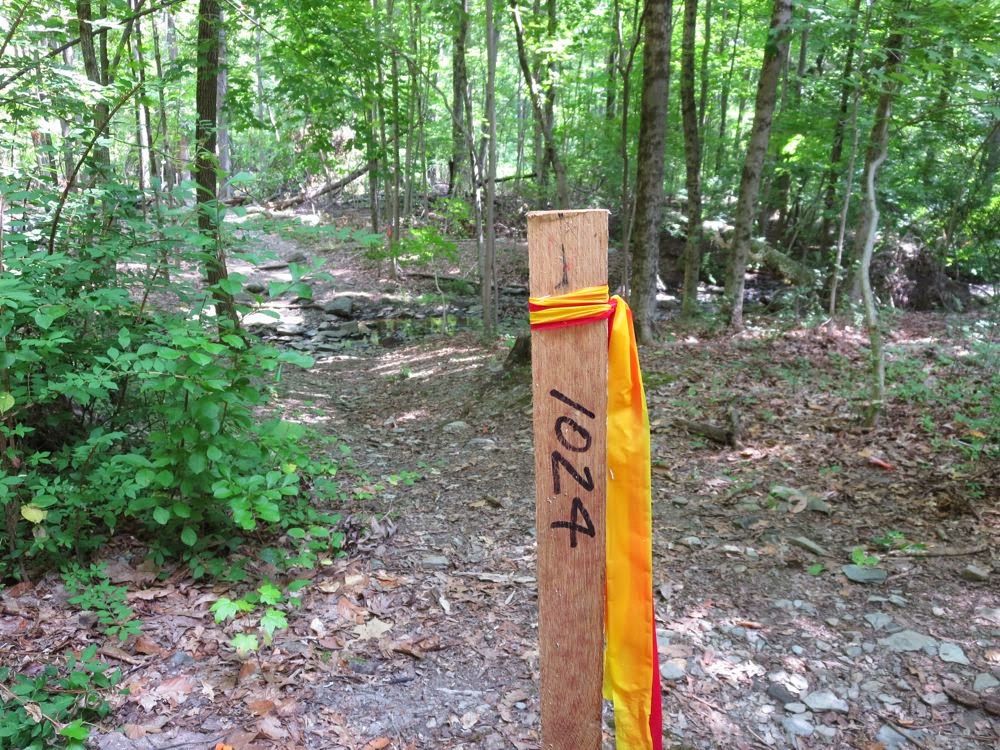 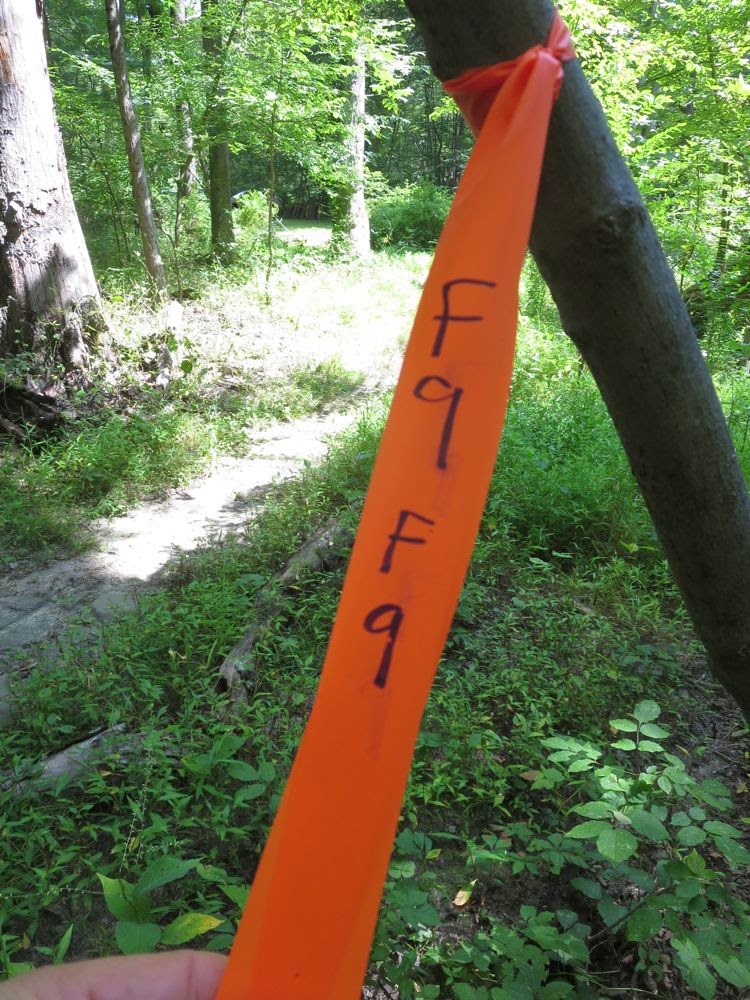 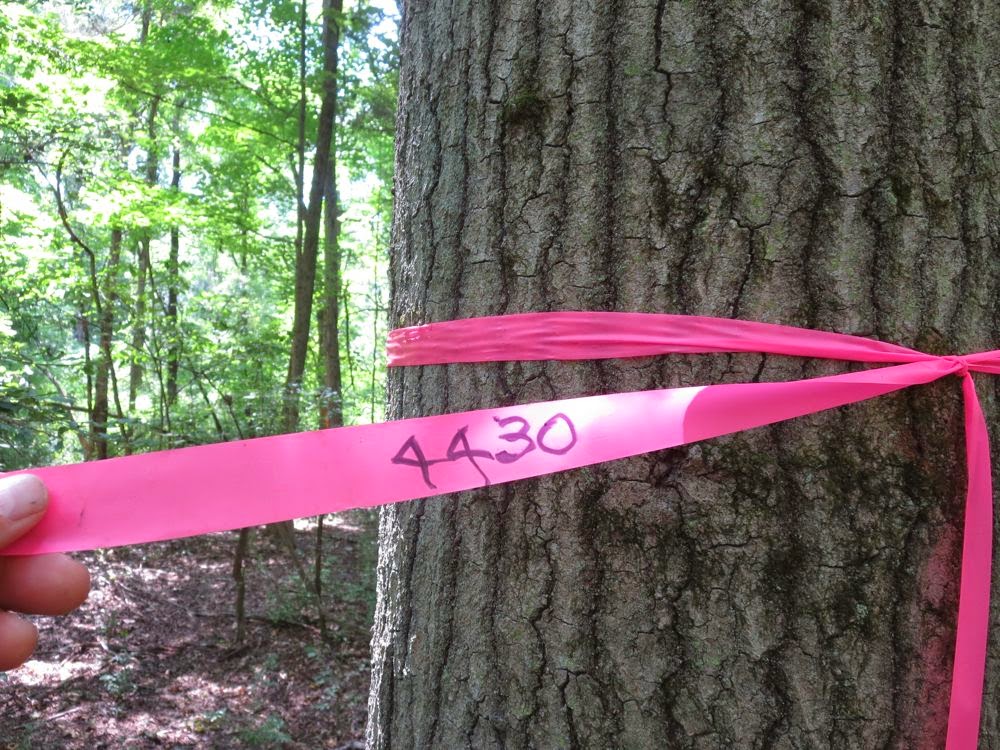 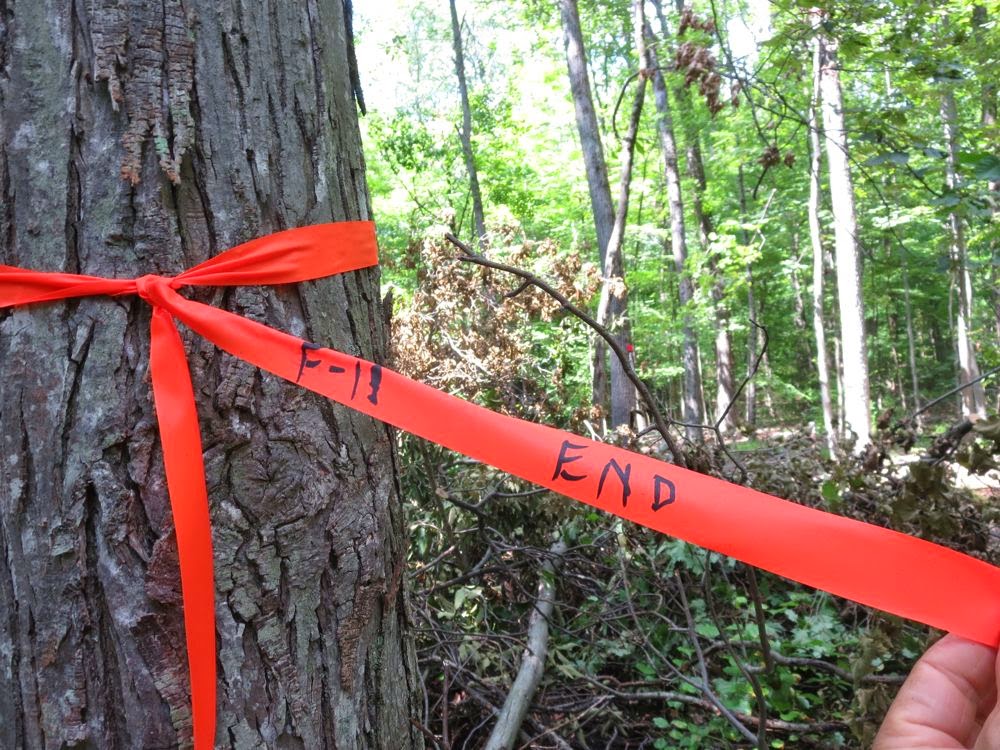 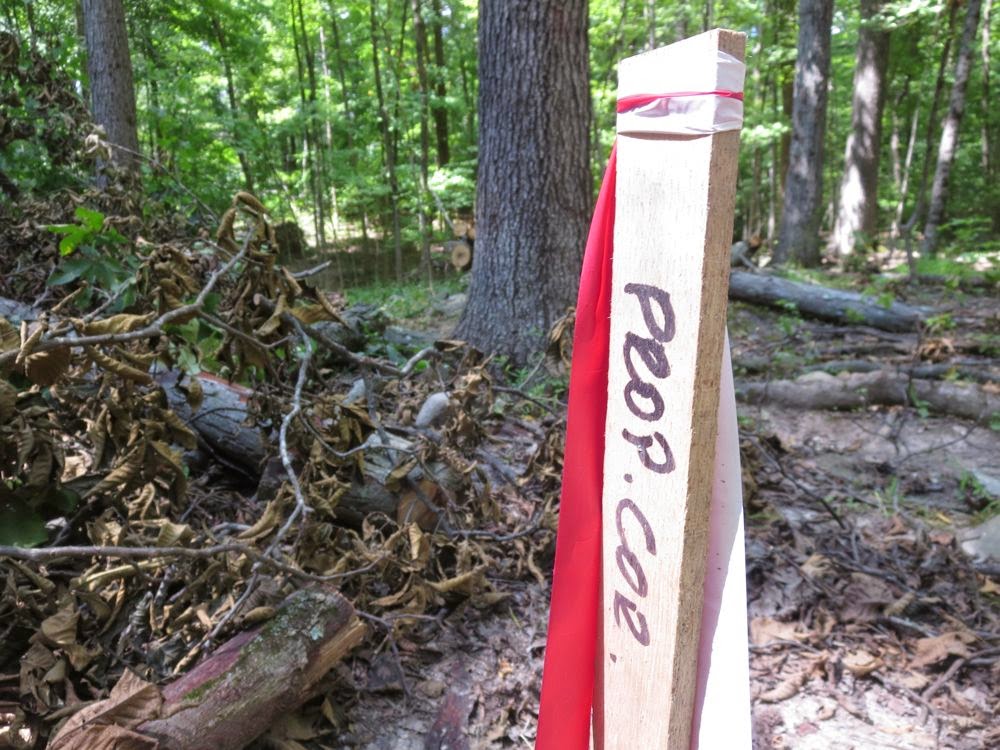