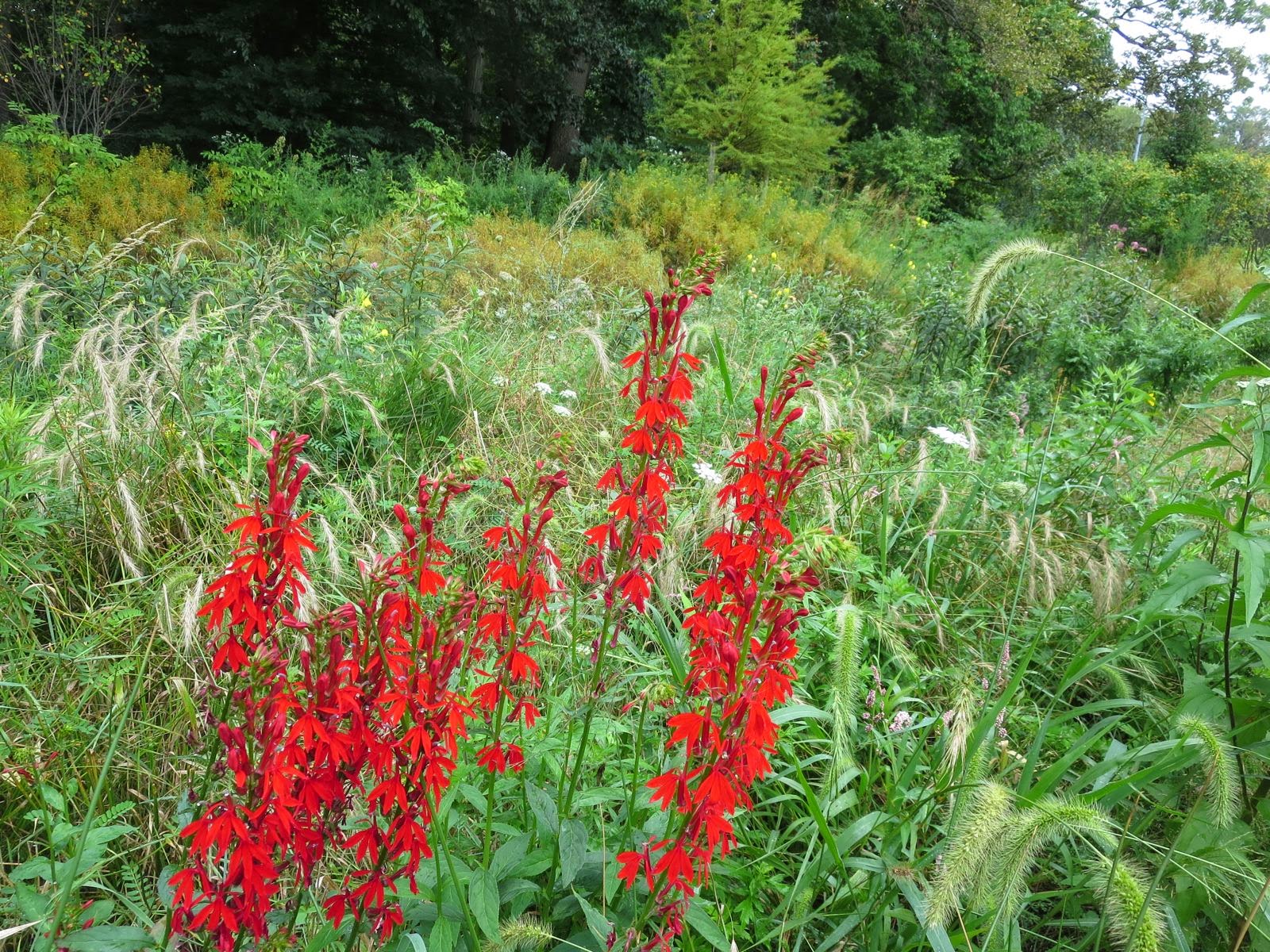 Princeton University has been integrating raingardens into the landscaping around their new buildings. The chemistry building has two very large ones on the west side, and the recently opened Princeton Neuroscience Institute building has one that's fed by runoff from the road and densely planted with native species, such as the cardinal flower in the foreground. 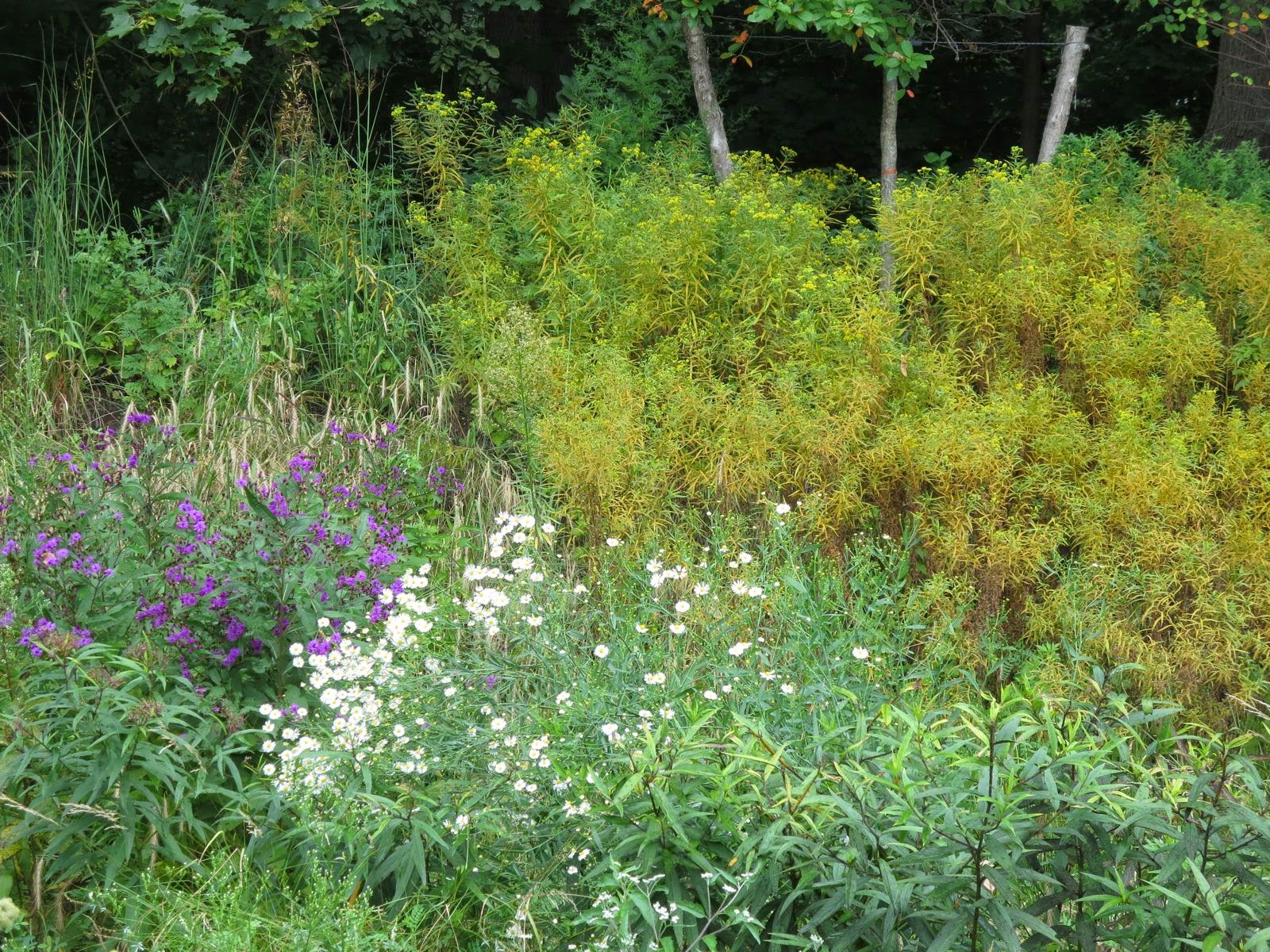 The flowering of other species there is more subtle but attractively massed, and just possibly eye-catching enough to attract the momentary attention of car drivers passing by on their way to a university lacrosse or soccer game. 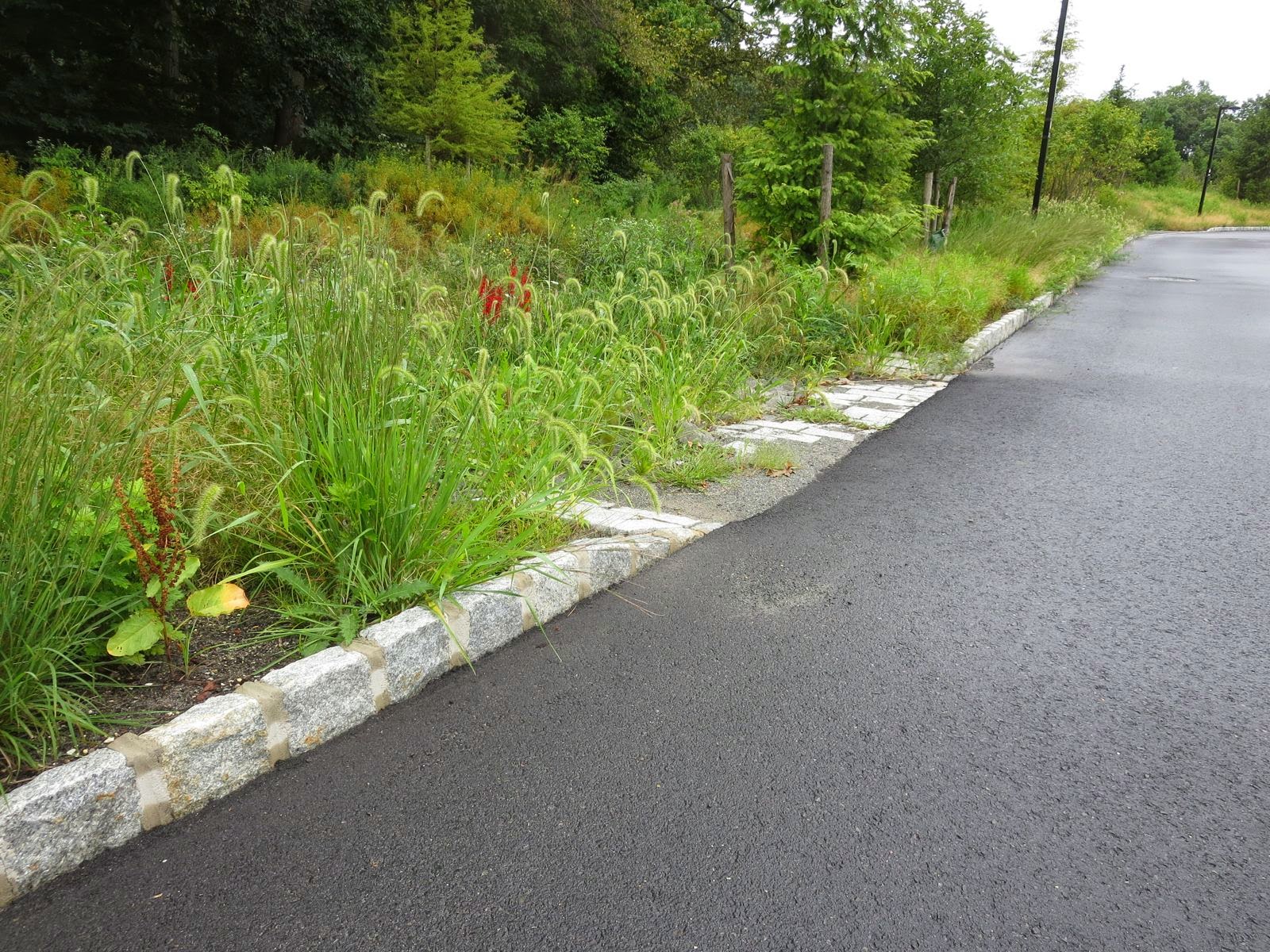 A curbcut allows runoff from the road to flow into the raingarden. This way, the water has a chance to percolate into the groundwater, with any pollution being filtered out in the process. This method of integrating raingardens into developments first came to prominence in Maryland as part of an effort to reduce the amount of polluted runoff flowing into Chesapeake Bay. Back in the 1990s, when I first got interested in raingardens, Prince George's County was frequently cited as the source of manuals for installing these sorts of BMPs (Best Management Practices) in other states. 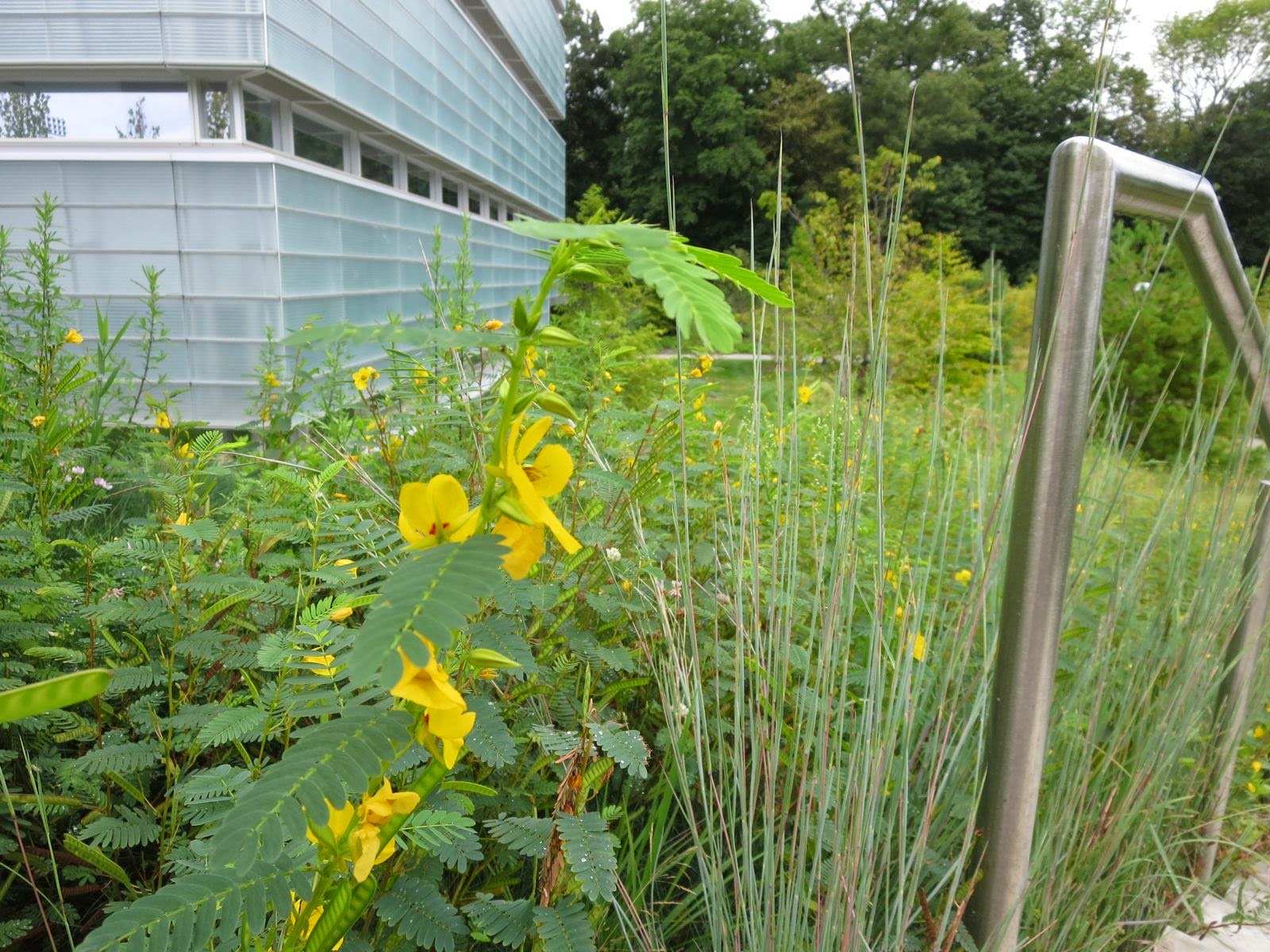 On higher ground closer to the building, they've planted partridge pea and little bluestem grass, to achieve more of a prairie look. 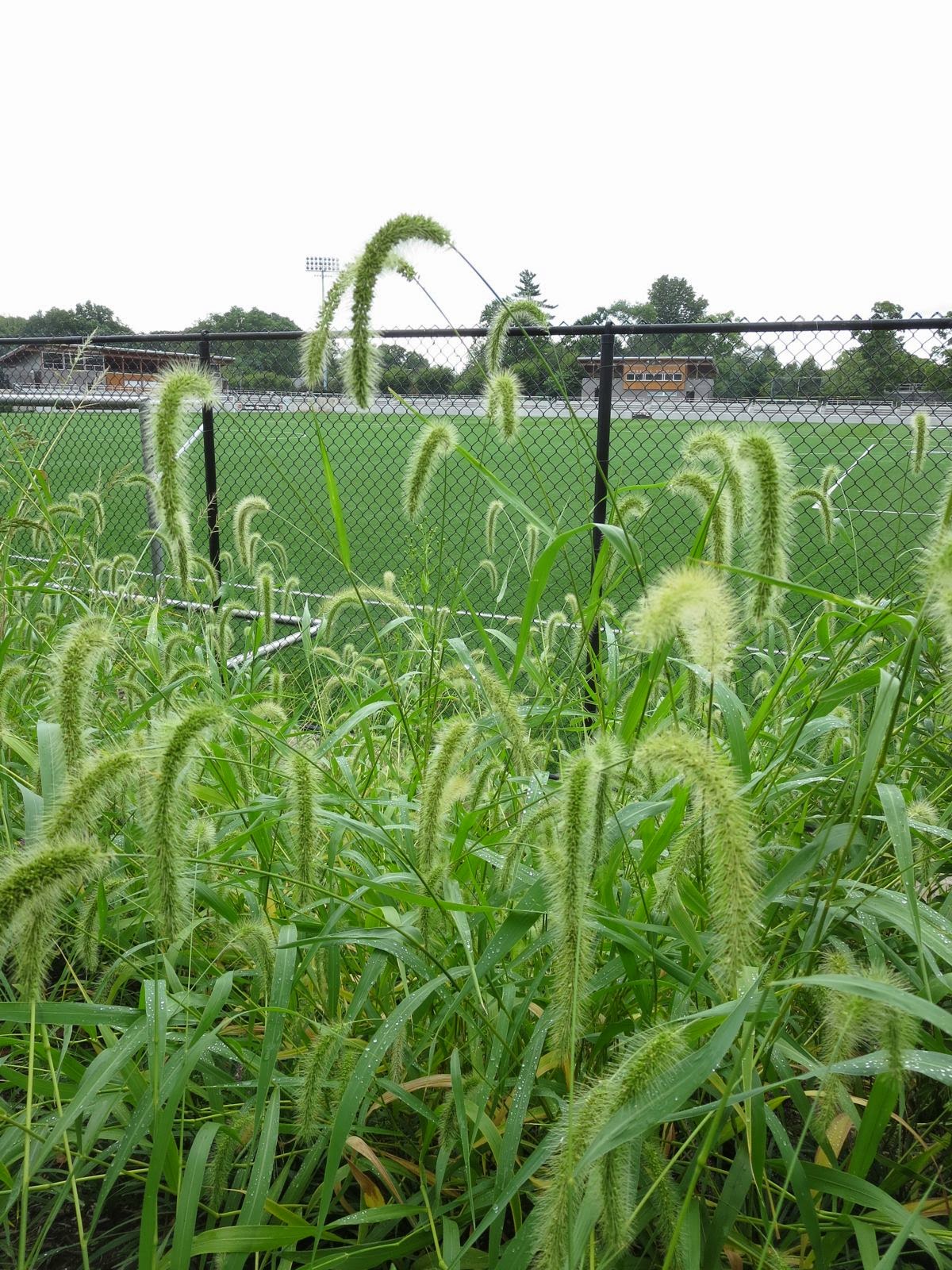 Some areas are dominated by foxtail grass, which is fun to photograph but likely not the intended vegetation.

In the last photo, below, foxtail finds reflection in the building's windows. 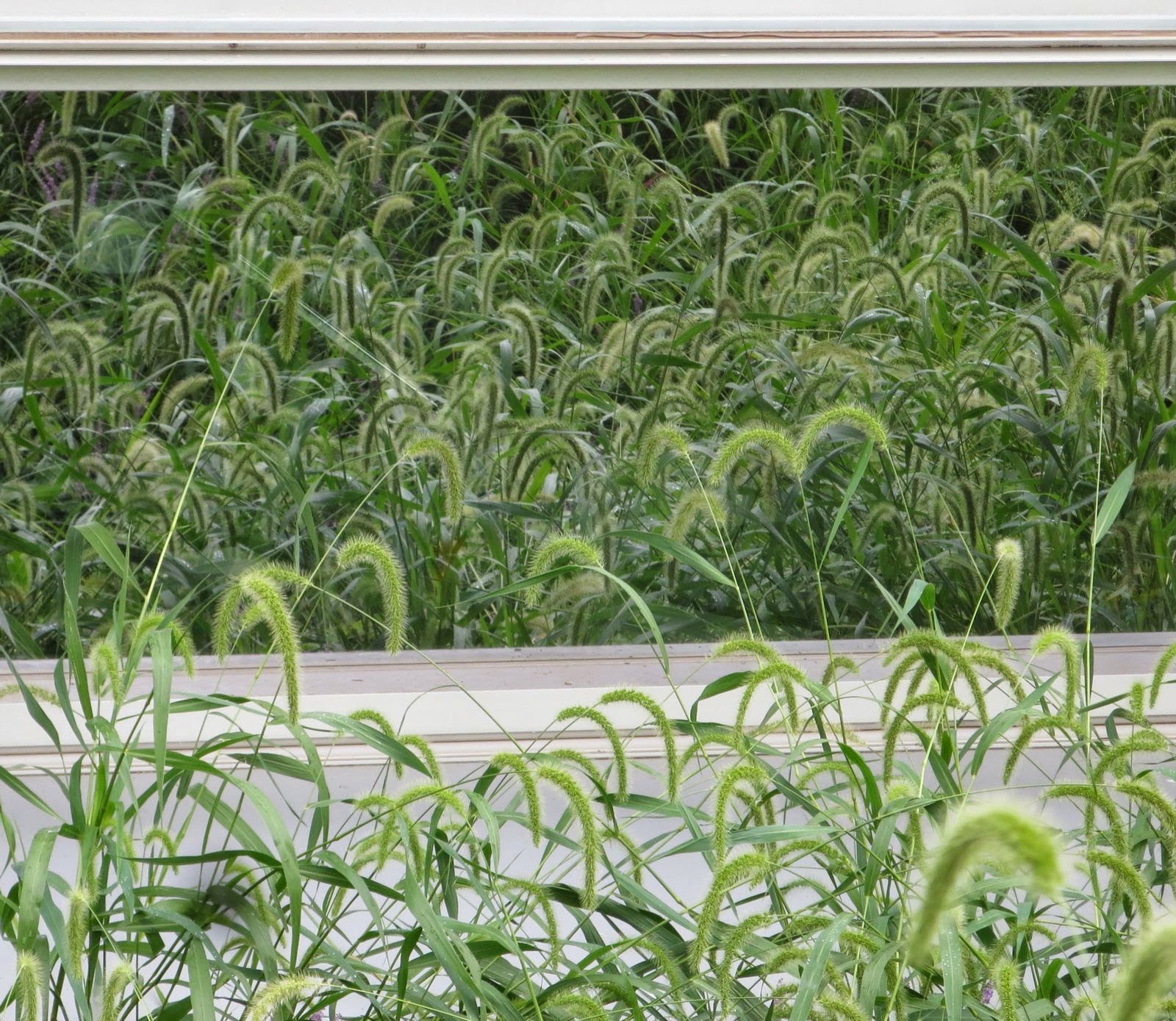