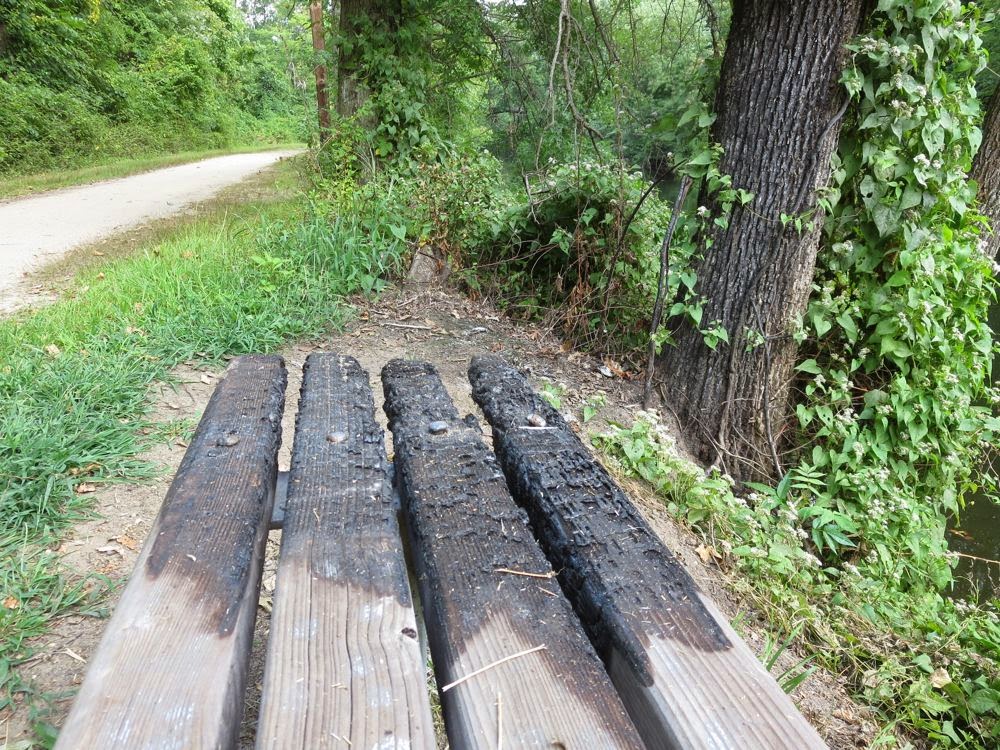 Who burned this bench? Vandalism, maybe, 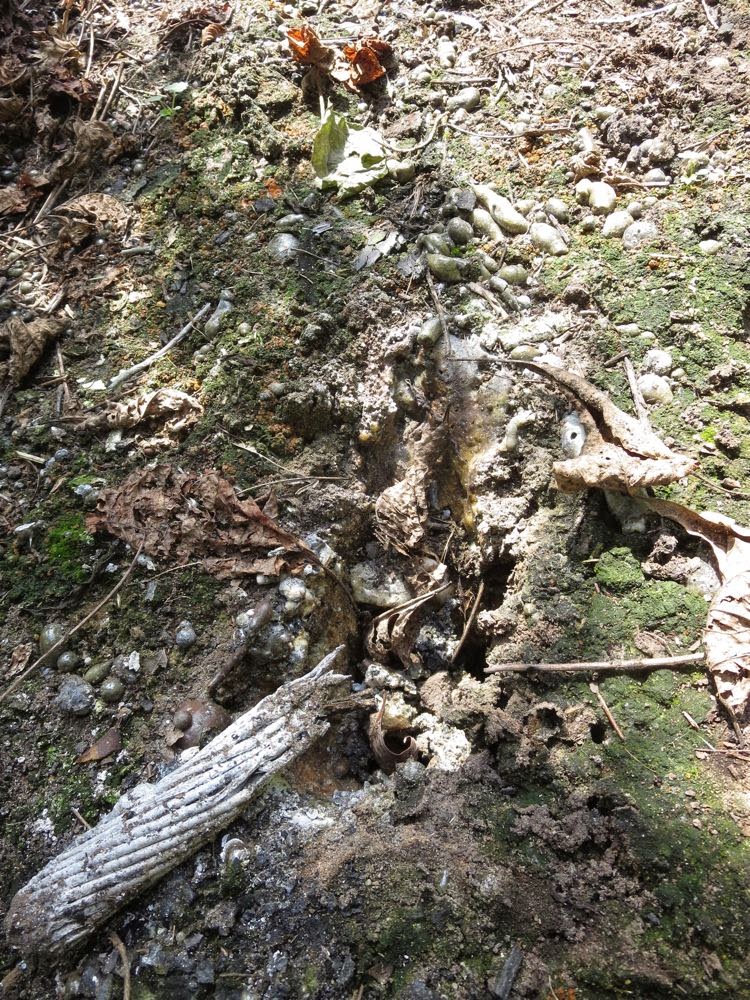 but what are these three holes next to the bench, that look like they're coated with candle wax? 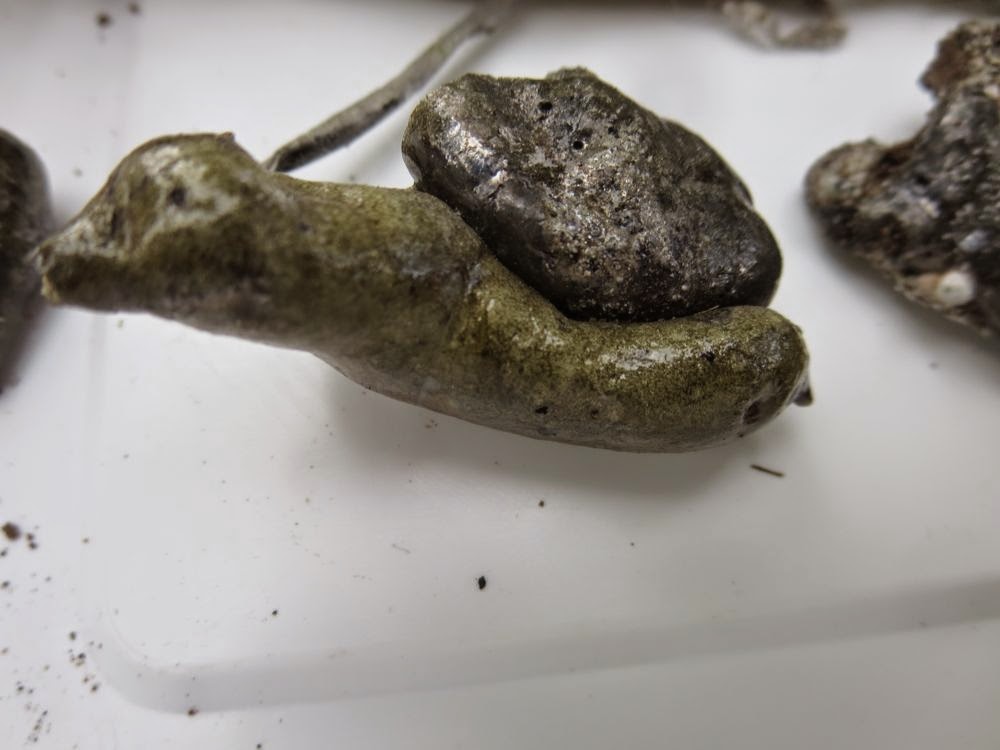 And this little glass-like figure that resembles a snail? 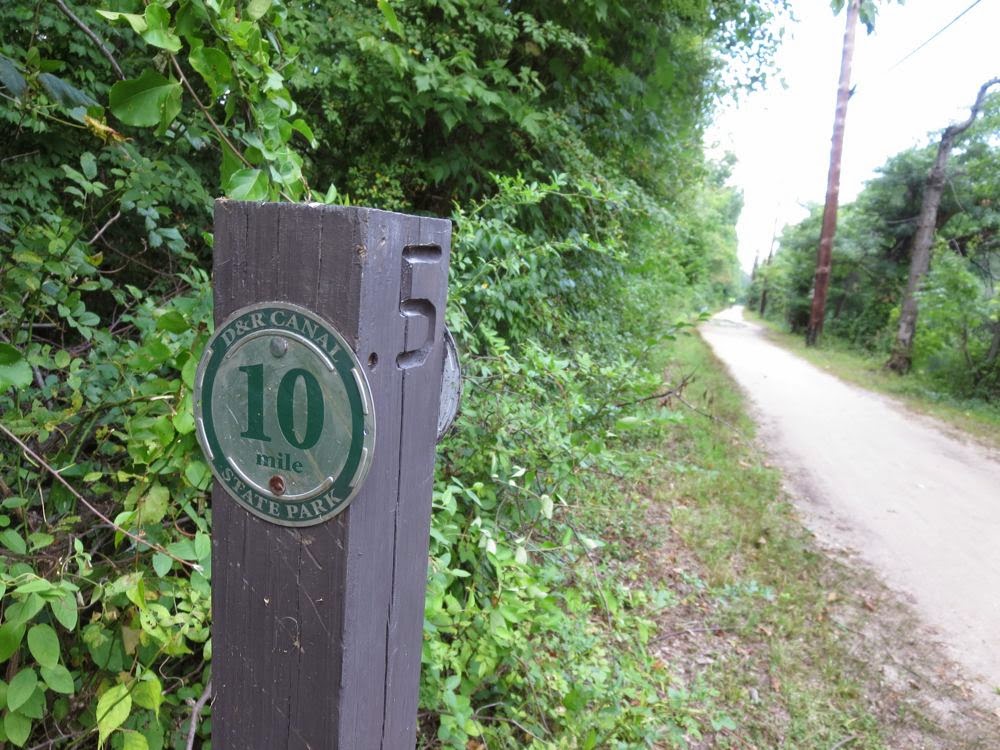 I wouldn't have seen any of these curious sights if I hadn't started up a conversation about plants with a man walking the nature trail loop near the Harrison Street crossing of the canal. He said go to mile marker 10, between Washington Road and Alexander, and see what lightning did when it touched the ground. 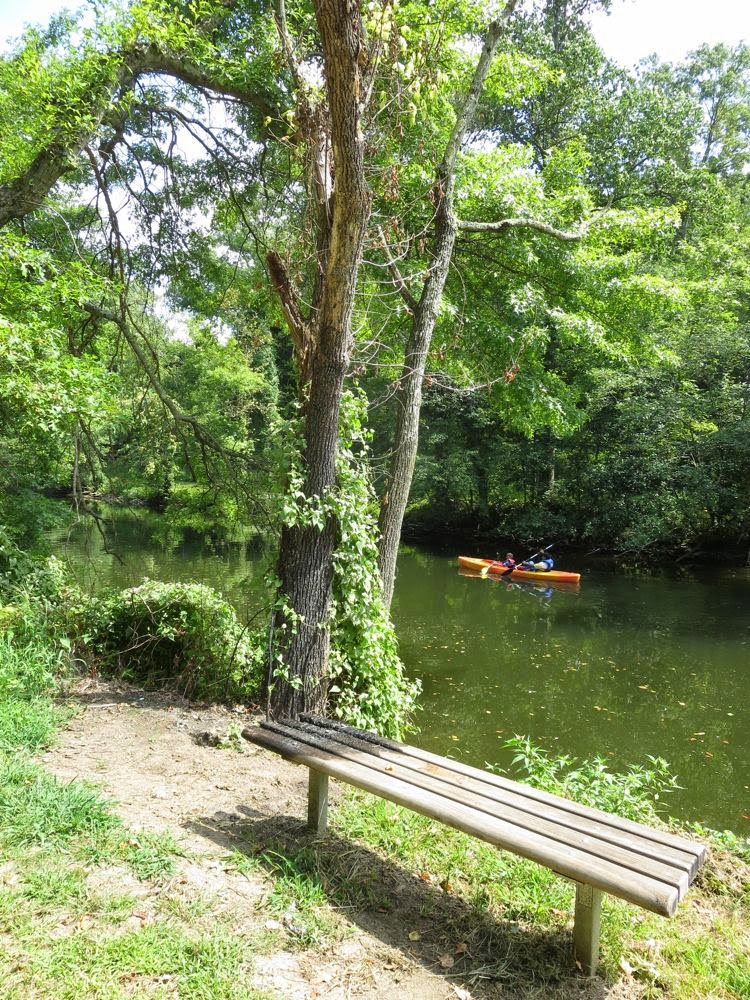 Across from the mile marker was the charred park bench, a dead tree, and three holes in the ground. 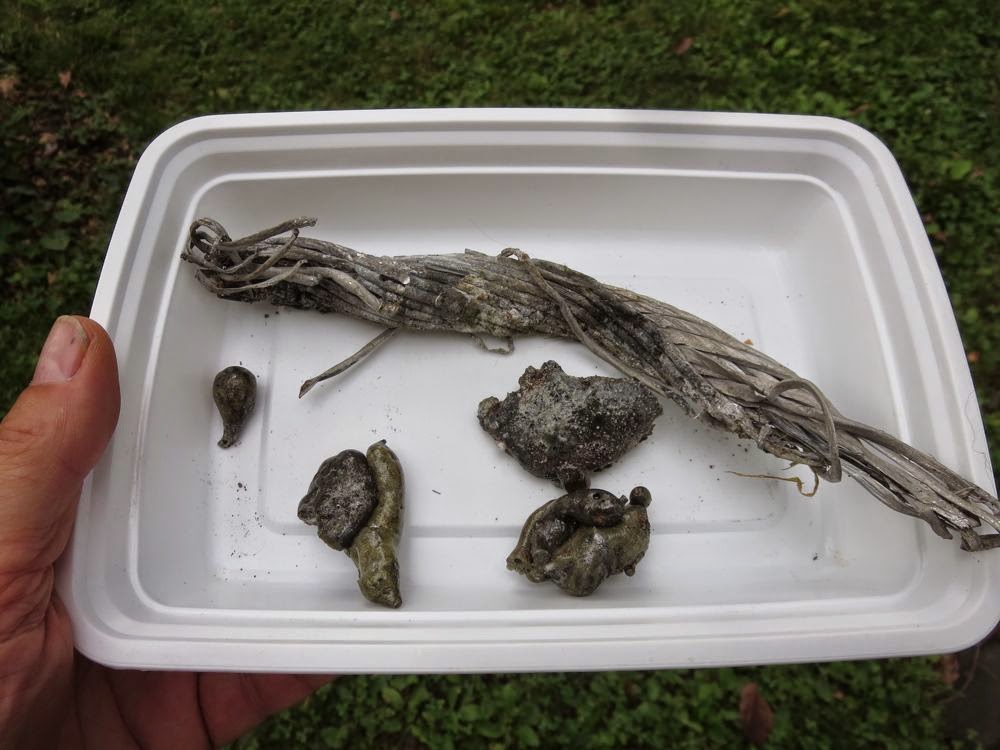 And still littering the ground were pieces of glass, or more accurately, fulgurite, created by the intense heat delivered by the lightning as it struck the ground. Pieces of distorted metal cable also were lying on the ground. 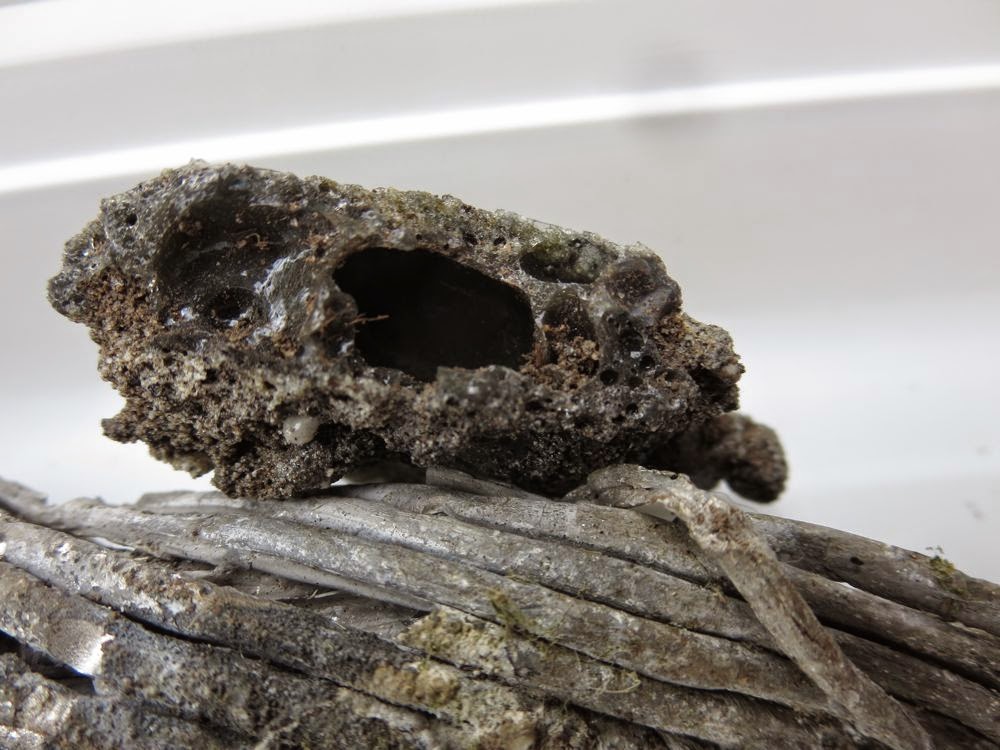 The man who pointed me towards the scene, Mark Grinbaum, later looked back at some photos he had taken, dated July 4. Evidently, the strike took place the evening of July 2, when a violent storm came through town, stealing the show from the fireworks display that played to sparse crowds later that evening.