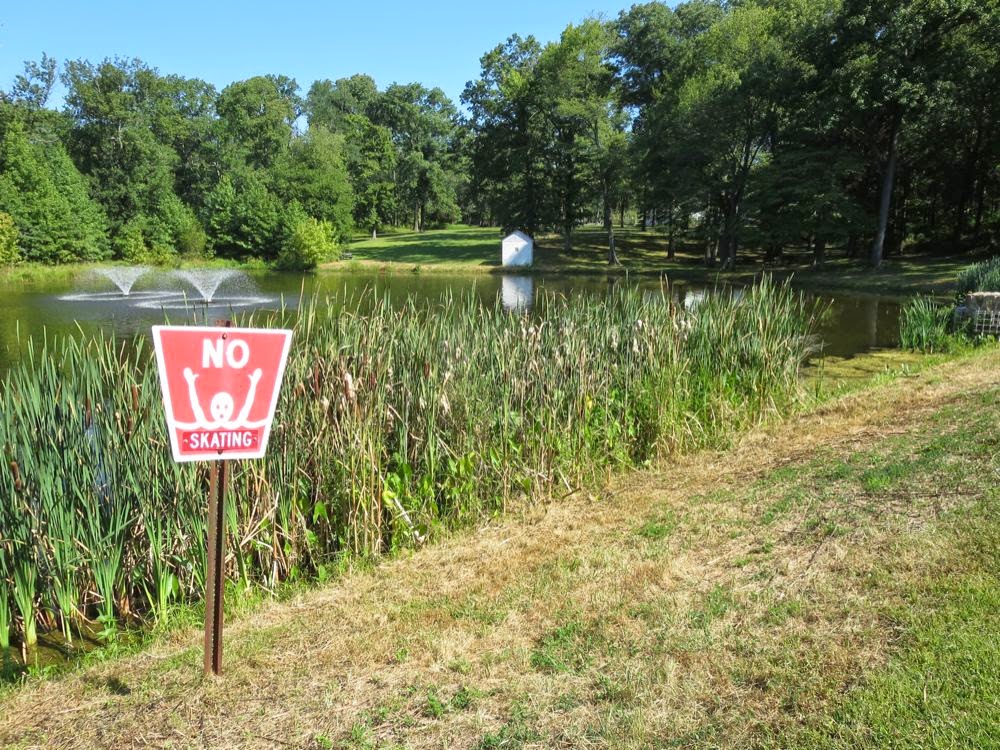 There's a theme emerging in Princeton's parks, schoolyards and other public properties: How to sustain wildflower plantings in landscapes dominated by mowers? The bulldozing of the raingarden at the Housing Authority's Spruce Circle on Harrison Street was the most dramatic example of an ongoing struggle.

For instance, a friend contacted me earlier this week, upset about wildflowers that were mowed down next to the pond in Smoyer Park. They had been allowed to grow all summer, then suddenly got mowed about a week ago.

Town staff emailed her to explain that state regs force them to mow.
The park's maintenance was recently switched over to the parks and rec. department, which apparently contracts out for mowing services. The contracted company had not been aware it needed to mow the dam, so had allowed the wildflowers to grow until now--thus the dramatic change in mowing regime. 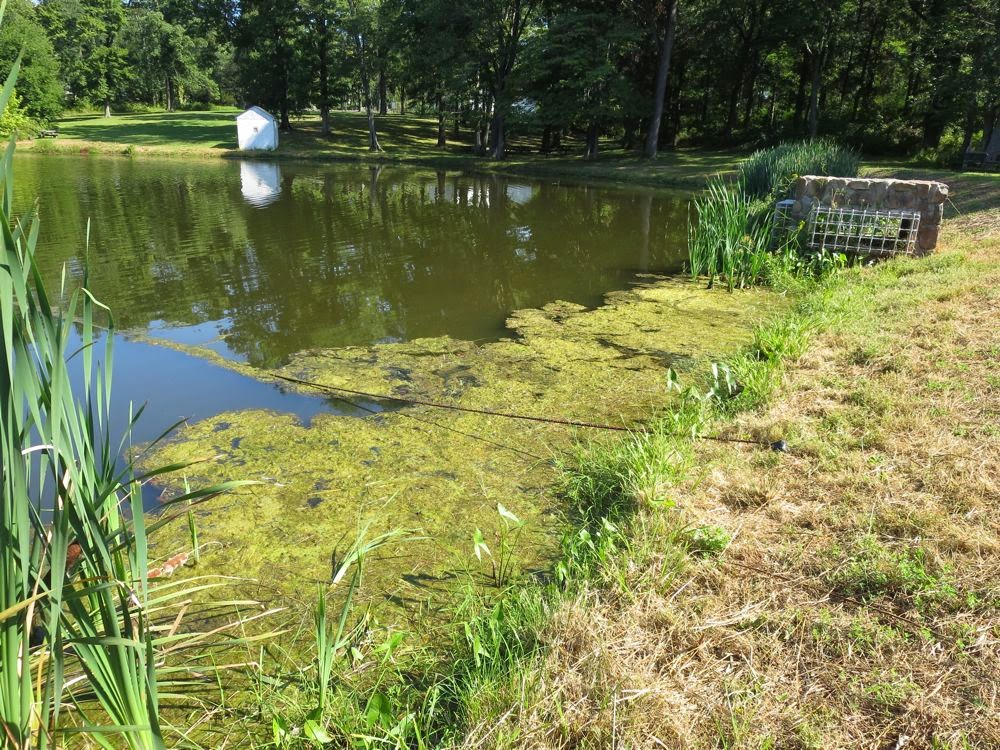 The logic of mowing here is questionable. First, there's all the grass clippings that are now rotting in the pond, eating up oxygen in the process. And though monthly mowing allows easier inspection of the dam for erosion, is it really being inspected monthly? This is a big dam on a small pond, built a few years ago to strict specifications. It's hard to imagine that such an impressive edifice could be threatened by a few wildflowers. Is the policy driven by evidence or ideology? Additional areas along the Smoyer Park pond's edge, far from the dam, were mowed as well, probably knocking out swamp milkweed that serves as a food source for monarch butterflies. 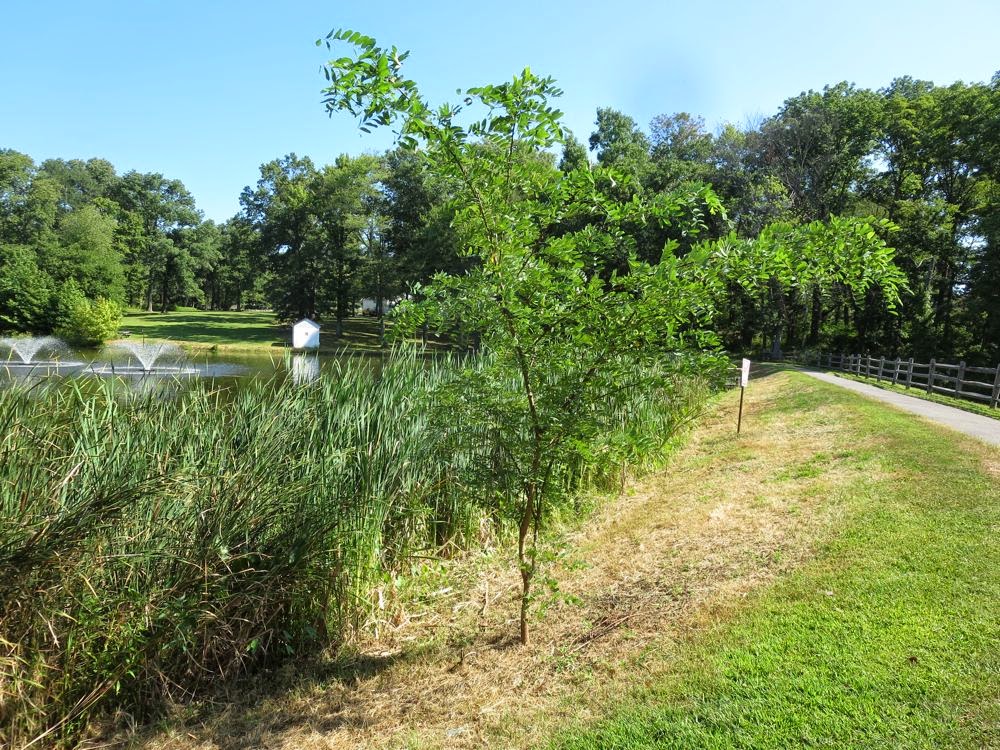 A bit of irony, here. Though regulations are aimed at preventing tree growth on the dam, the one tree growing on the dam was left standing by the mowing crews. 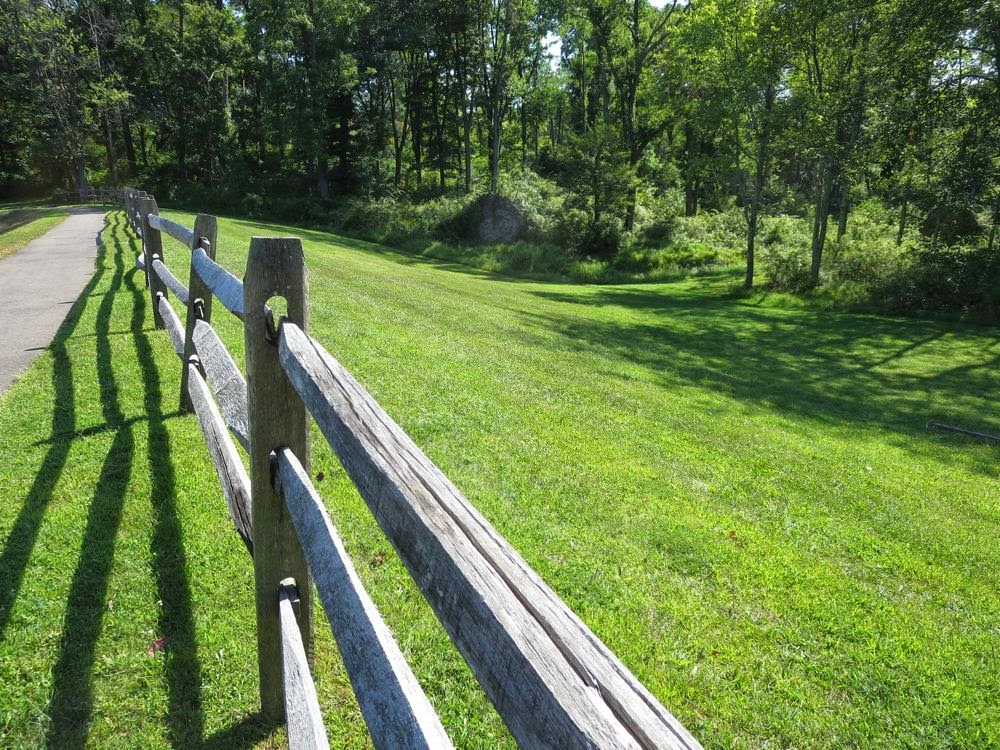 If one's worried about erosion, it would be better to mow less often, given that mowed grass has less energy to sustain a healthy root system. I had never seen the old dam at Mountain Lakes Preserve get mowed, and yet it remained intact for 100 years while holding back far more water than can be found in the little pond at Smoyer Park.

It's common, of course, for one government agency to promote its mission to the max (in this case, dam safety) at the expense of another, e.g. habitat enhancement and beautification. Another example of this, found not at Smoyer Park but along the natural gas pipeline, is described in a previous post about the planting of a highly invasive exotic called Chinese bushclover in the name of erosion control. 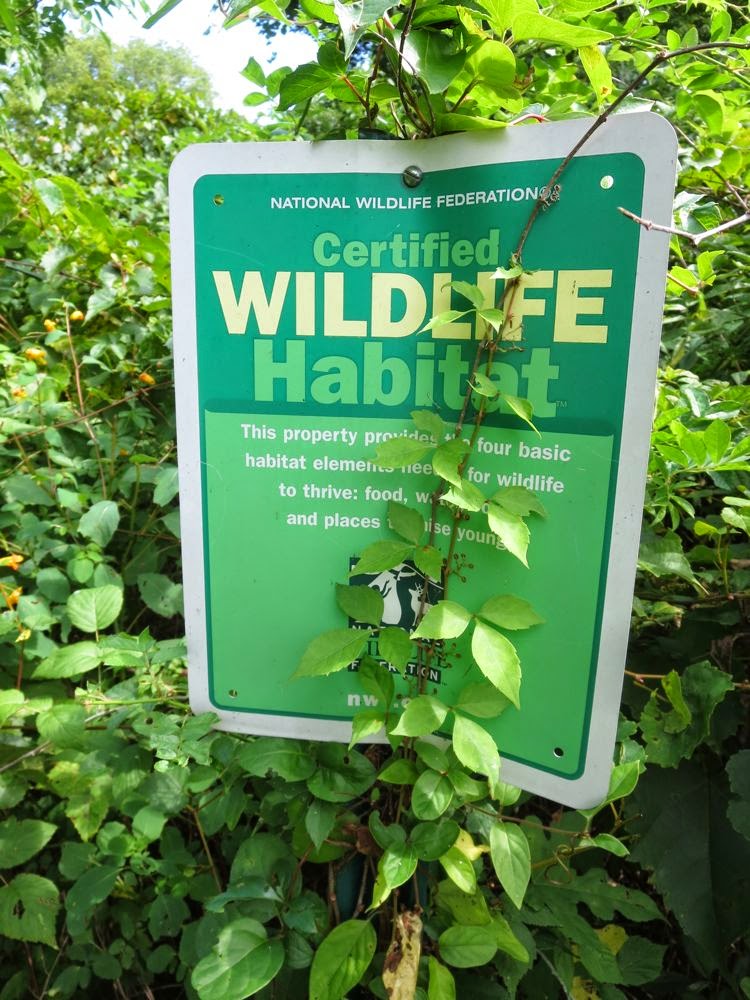 Meanwhile, riding home from Smoyer Park, I stopped by Little Brook Elementary to see how the nature trail is doing there. It's a wonderful trail through the woodlot where a tributary of Harry's Brook flows through the school's property. 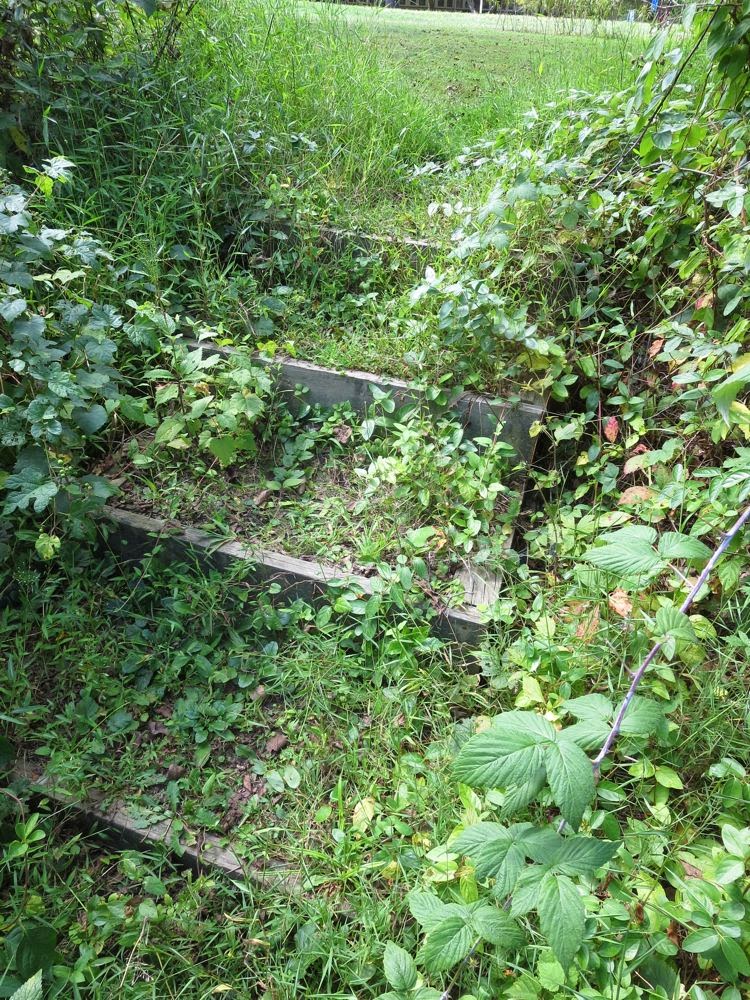 Even though it is used for educational purposes, and the grounds crews can sometimes find time to do some clearing, maintenance is largely dependent on new parent volunteers coming forward each fall. I know, because I was one of the parents while my daughter was at Little Brook. 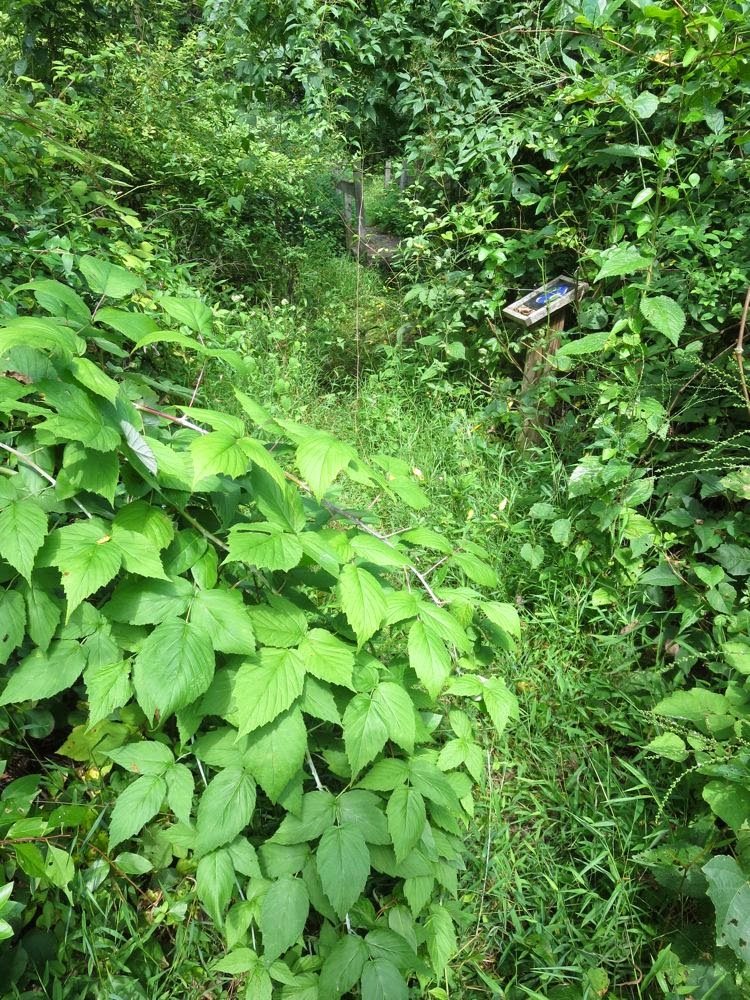 There are, then, multiple factors working against the survival of wildflowers in the town landscape: policies biased towards turf, miscommunication, habit, the lack of plant knowledge and awareness among those delegated to maintain plants, and the built-in uncertainties of volunteer initiative.

Consider that, as Princeton goes, so goes much of the rest of the country, and it's small wonder that people are unlikely to encounter the beauty and diversity of native plants in their daily lives, and that pollinators like the Monarch are struggling.