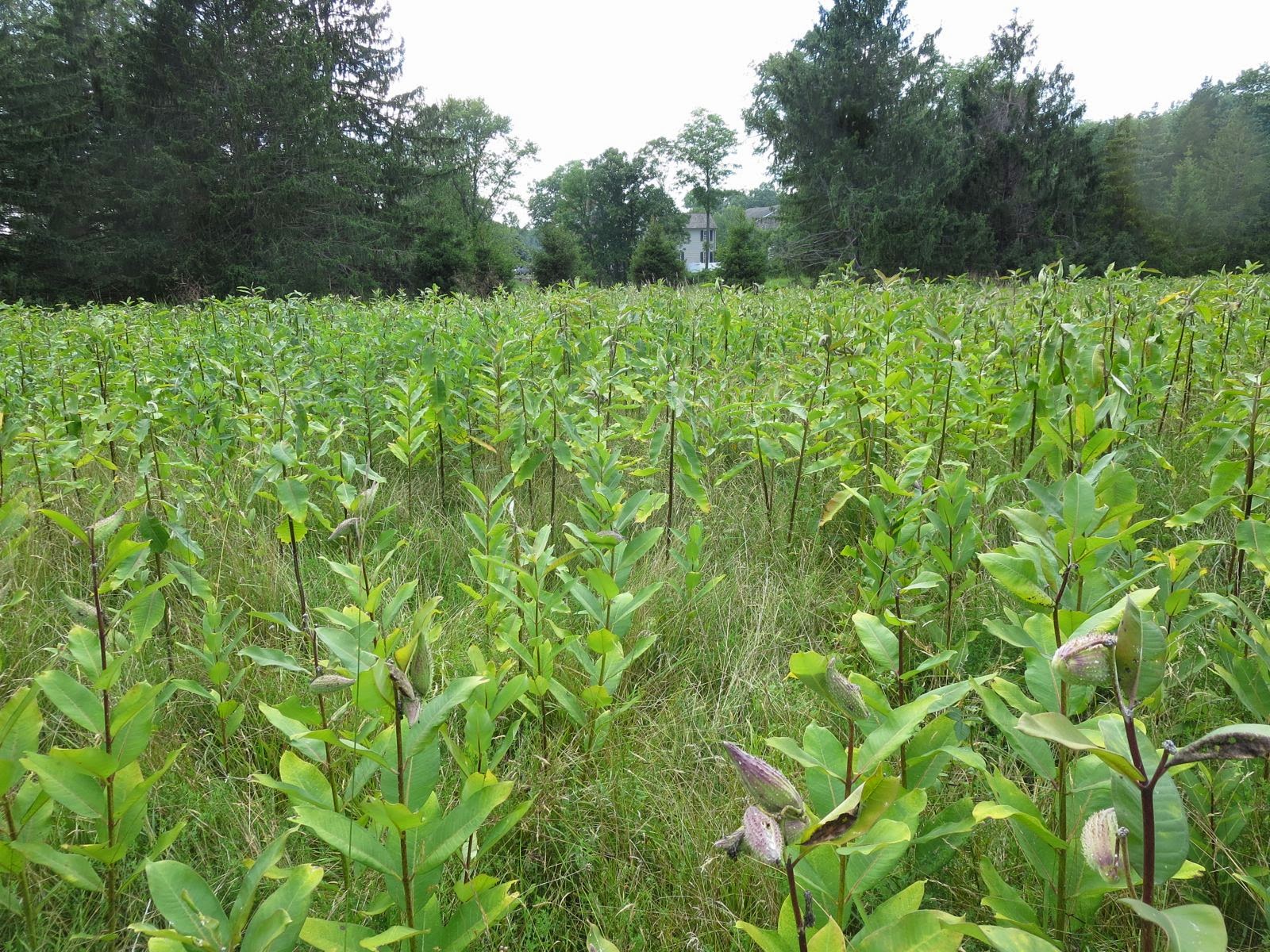 An earlier post entitled Searching for Monarchs in Princeton mentioned spotting a monarch in a field packed with common milkweed over at Tusculum--the former estate of John Witherspoon on Cherry Hill Road. Here's what that field looked like a month ago. 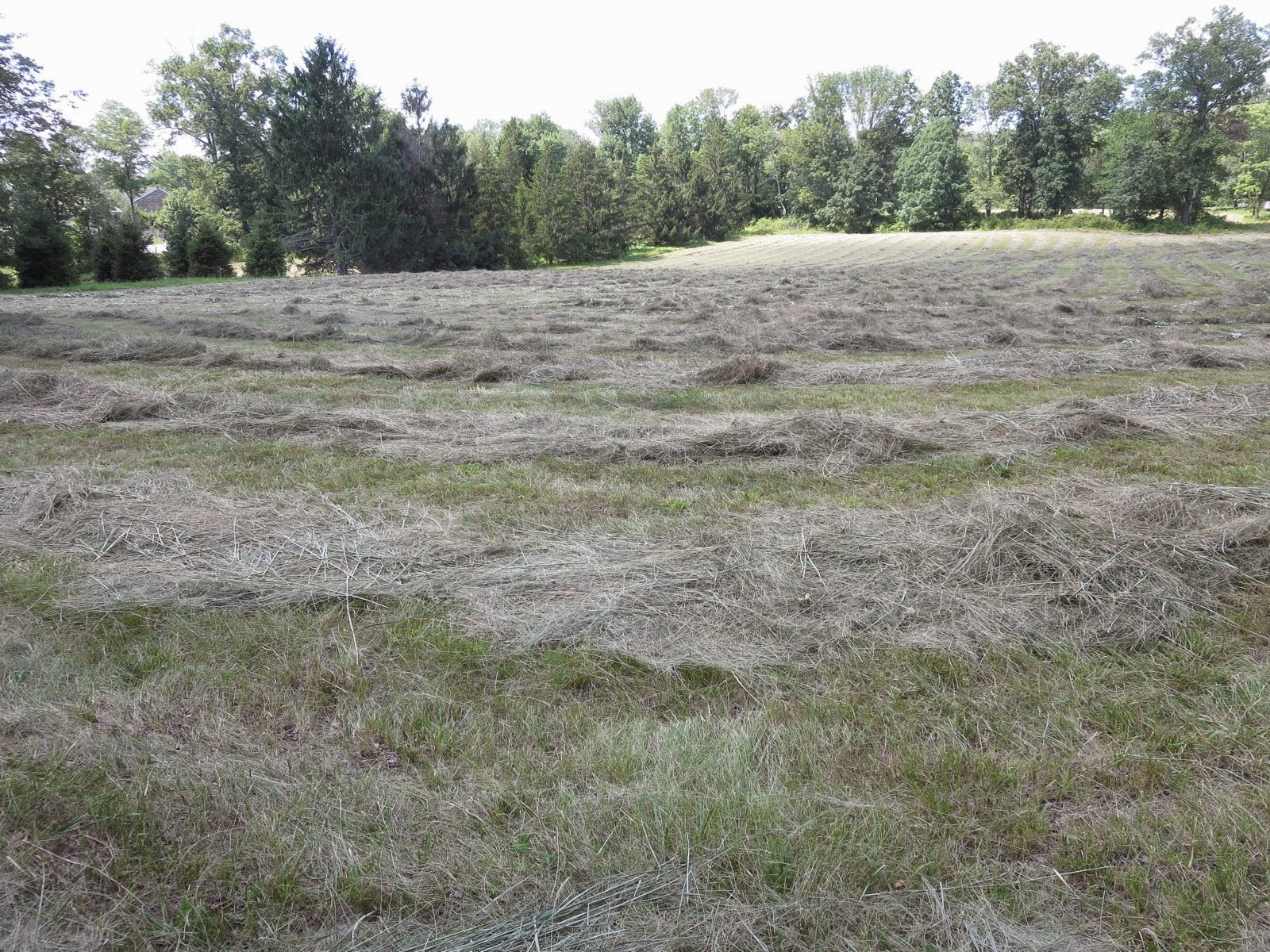 And here's what that field looked like just a week or two later. Now, some of the fields at Tusculum are publicly owned, while others remain in private hands. This field is privately owned, and has for decades been managed for hay production. That's a big reason why it's still a field rather than a deeply shaded woodland where milkweed would have little chance to grow. 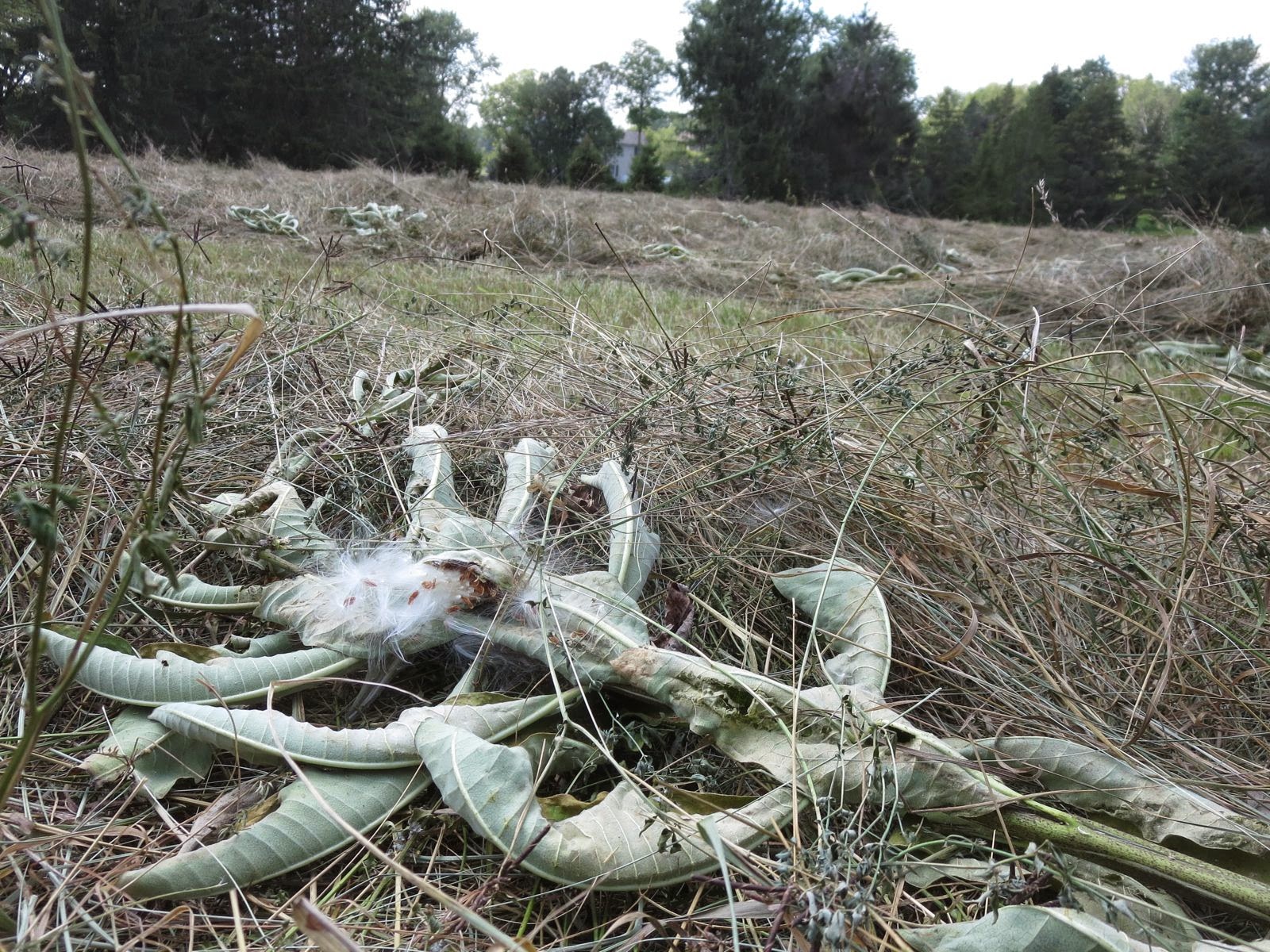 So the annual mowing can generally be thought of as beneficial, but the timing of it--while monarchs are still in our area, reproducing in preparation for their imminent migration back to Mexico-- is definitely not. I doubt that the current owners or the mowing crew had any idea that the field was important monarch habitat, and that waiting a couple weeks would have saved any monarchs maturing in the field.

It's another example of how important it is to communicate with those who own or manage habitat around town.  I've been told that the owners in this case will be contacted, with the hope of shifting the mowing regime next year to benefit the monarchs.

The publicly owned fields at Tusculum have not been mowed, as far as I know, though there as well ongoing communication is required, as is re-evaluation year to year in order to find the optimum timing and frequency for mowing.