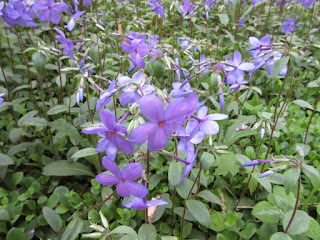 To salvage something of value, we don't need to seek out ships at the bottom of the ocean. Just go to the neighborhood park, where good intentions have left a legacy of blue flowers that, without intervention, would be lost in a sea of weeds. 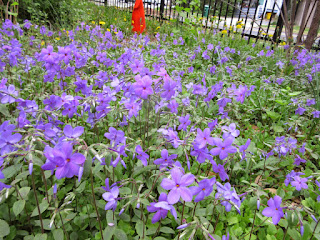 The wood phlox (Phlox divaricata), a native pollinated by sphinx moths, looks in this photo to be doing great. No threat to be seen. 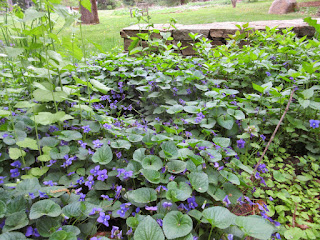 There's a healthy spread of violets as well. 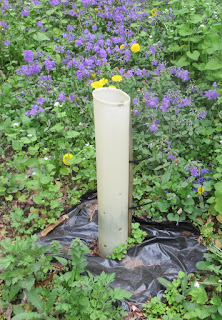 There's even a native chestnut seedling planted in a deer-proof container, meaning the site is taking part in an effort to bring back one of the great north American tree species. 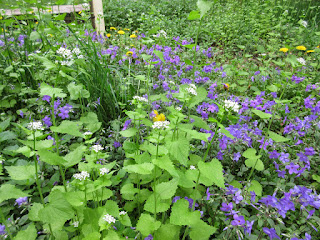 But step back and you start to see that these thoughtful plantings are beginning to be buffeted by waves of invasives. That white flower is garlic mustard. It's edible and makes a decent pesto if the leaves are picked when young, but in the meantime it is overgrowing the phlox and waging underground chemical warfare against other species. 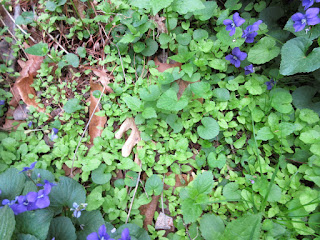 Here we're looking down on the dense seedlings of mostly garlic mustard that will be next year's dominating wave. 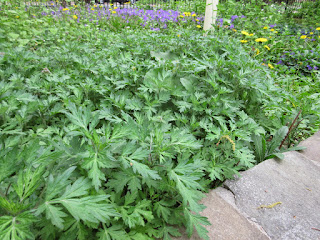 Mugwort, even more of a threat, is advancing from the north. 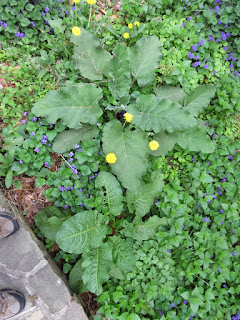 Burdock (large leaves at top of photo) and curly dock (rosette of smaller leaves close to wall) also shade out the phlox. One could say live and let live, except the longterm consequence, given the Phlox's inability to compete with the invaders, is live and let die. 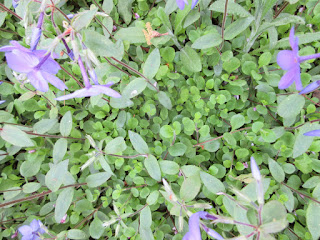 The good news is that the phlox is showing enough vitality that, with just a little timely intervention, it could continue to flourish in this hidden public garden right next to busy Harrison Street. Since I've never seen wood phlox growing wild in Princeton, this planted garden can show what may have grown in Princeton before development, invasive species, and the deer's intense browsing pressure transformed the landscape.

We can look most anywhere and see a sea of weeds. Here's a chance to sustain a distinctive sea of blue.