Three Ways a House Can Feed a Raingarden

(First, a note: The Historical Society of Princeton is hosting Community Days the first Saturday of every month out at its Updike Farmstead on Quaker Road. More info at this link.) 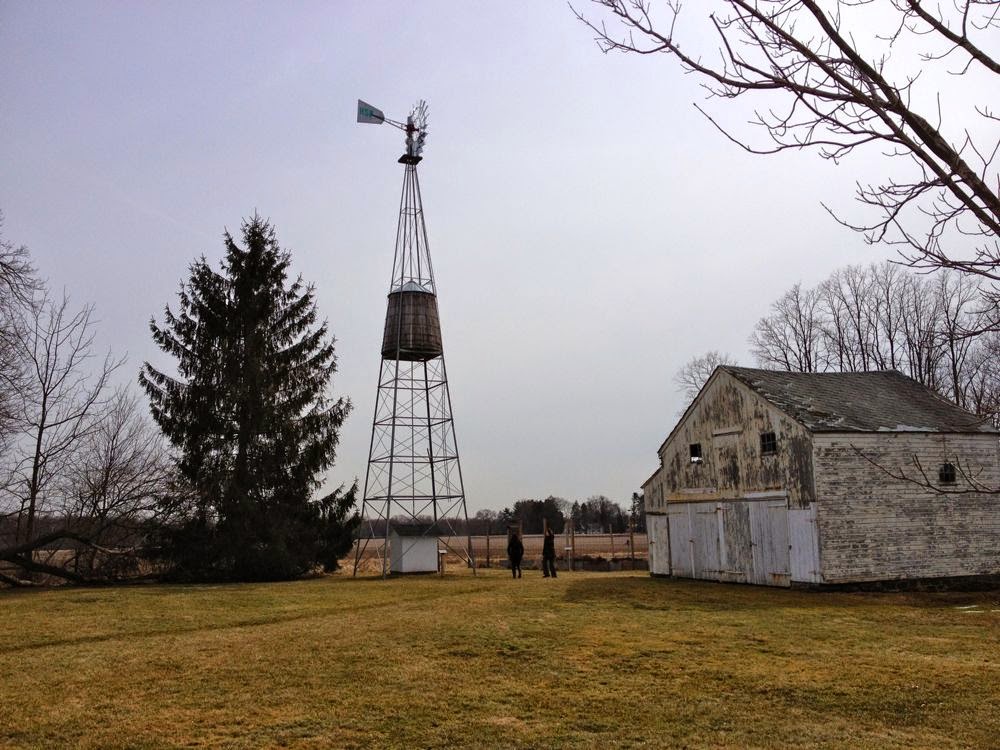 Last month, the Updike Farmstead Community Day featured yours truly. I had planned to give three different presentation, but since most people came to hear about Herrontown Woods and the Veblen legacy, I ended up giving that presentation twice.

We did get outside long enough to check out the trees and learn about raingarden logic. The two most prized trees on the property--evidenced by their stature and the steel cables someone ran up their trunks long ago to serve as lightning rods--are a gorgeous sugar maple near the house and a large white ash along the driveway. As the emerald ash borer advances towards Princeton, the ash will need to be treated with emamectin benzoate, a systemic insecticide injected into the base of the tree every few years. Arbor-Mectin is one of the brand names. A fuller discussion of the issue can be found towards the bottom at this link. 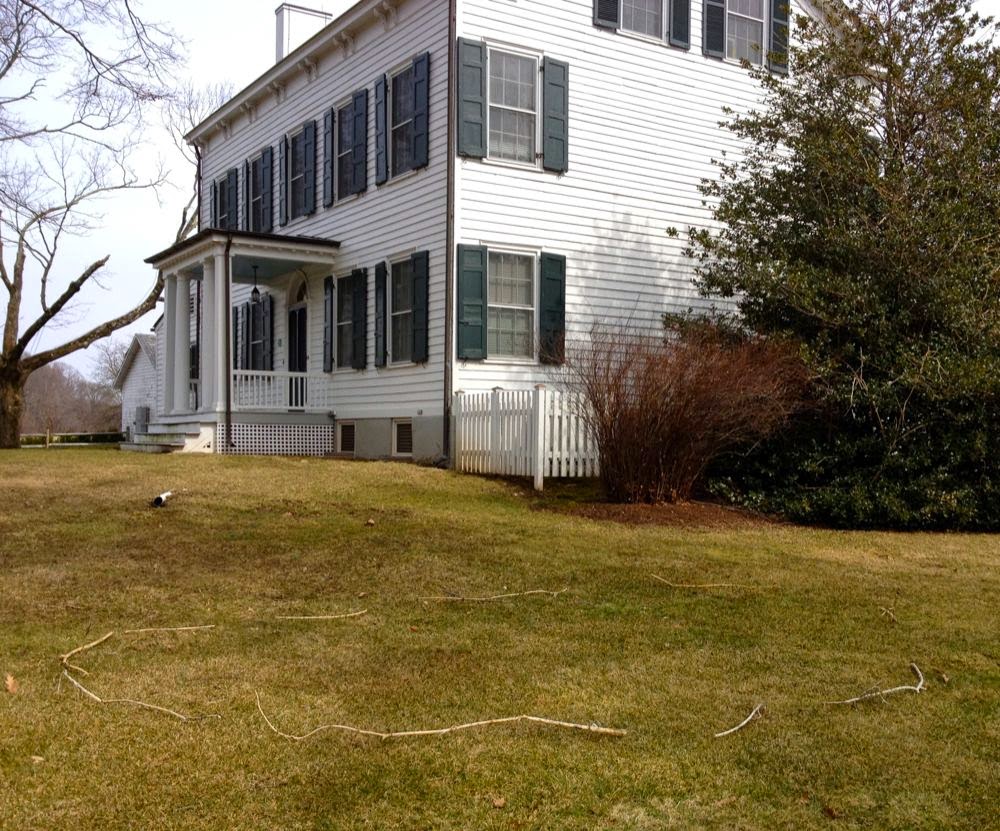 The Updike Farm house is a great example for learning how to site a raingarden on your property. That circle in the foreground is the spot I suggested, in a low spot about 15 feet from the house. 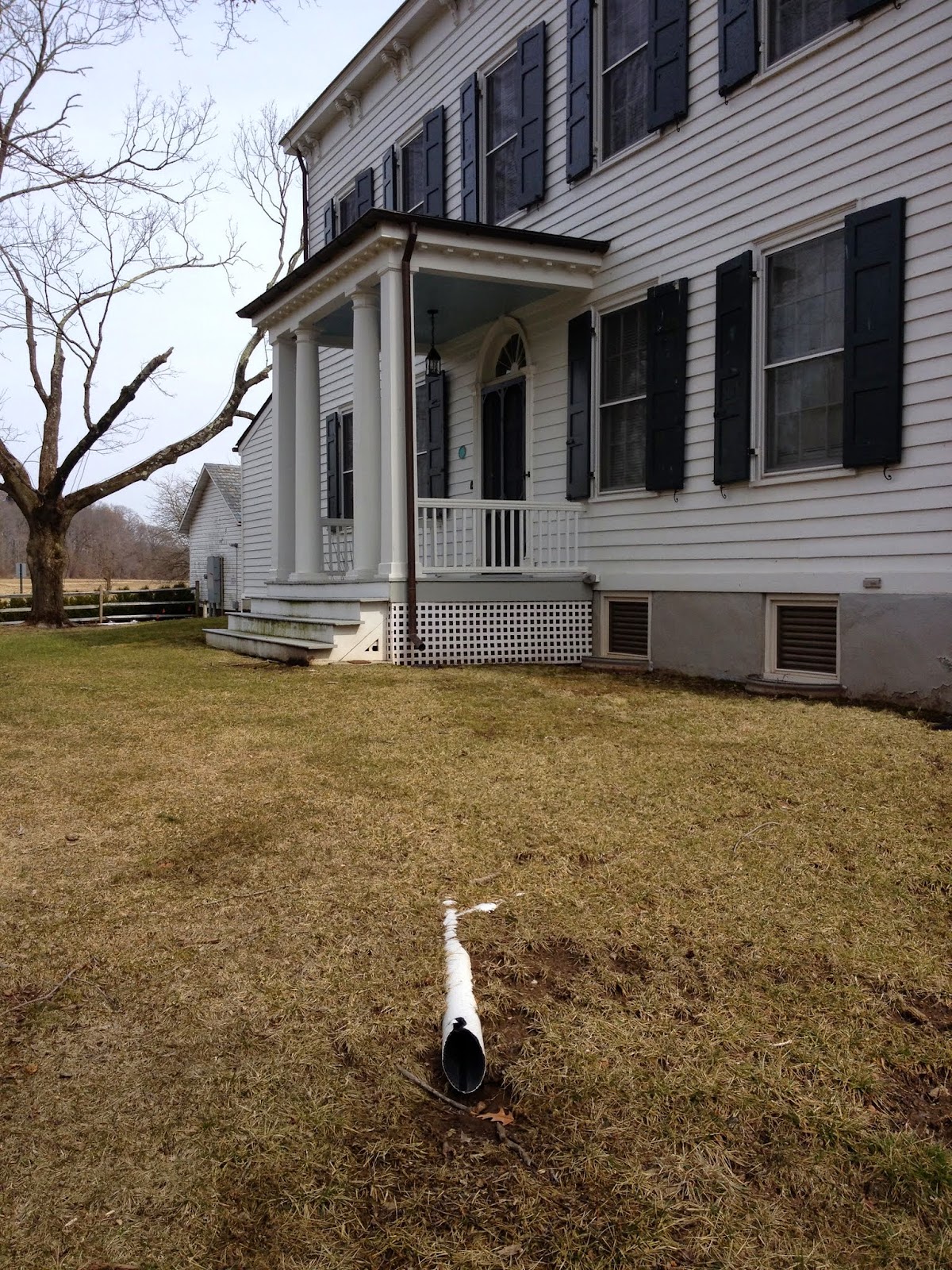 Why that particular location next to the Updike Farm house? Because that's where the house could feed the raingarden in three different ways. For one, there's this pipe which drains a quarter of the main roof. That's a lot of rainwater to feed the garden. 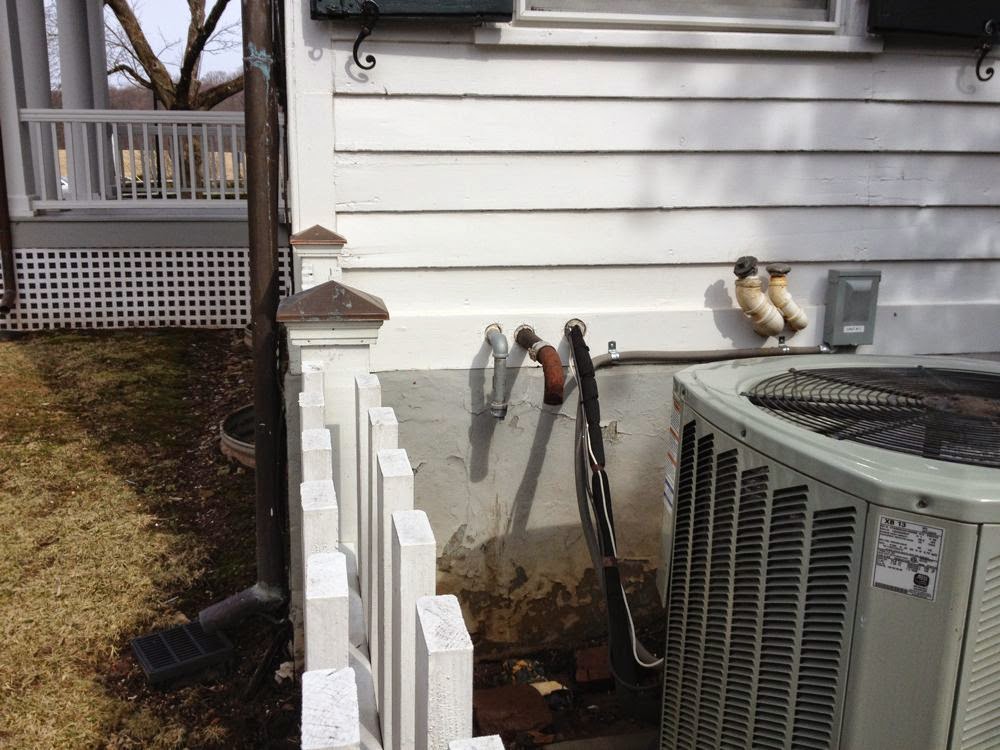 Even better, there's a sump pump that pumps water from the basement out a pipe next to the foundation. You can see the deterioration of the paint at the base of the wall due to that moisture. It would be better for the house, and conducive for a raingarden, to instead pipe that water out to the raingarden location, where it can do some good. A sump pump continues to pump water out of a basement for a number of days after a rain, extending the period during which the raingarden will get supplied with water.

Also auspicious for keeping a raingarden watered, even during prolonged droughts, is the set of air conditioners lined up on that side of the house. Air conditioners remove water from the indoor air as part of the cooling process, and in the basement of the Updike farm house, we discovered that that condensate drains to the sump pump, which then pumps it out of the house. That means the pump could supply water to the garden even during droughts. That consistent, automatic watering will keep the native plants growing vigorously and reduce the weeding required. 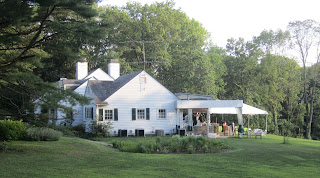 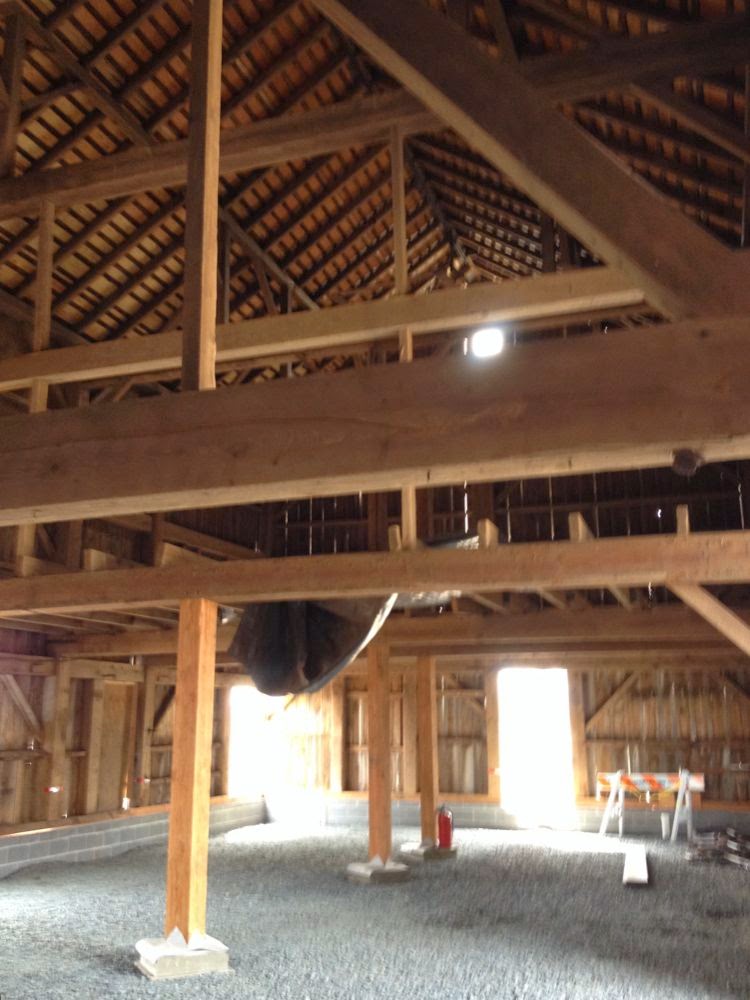 More about the Updike Farmstead: If you go out there, or stop by on the way to Route 1, check out the barn renovation. 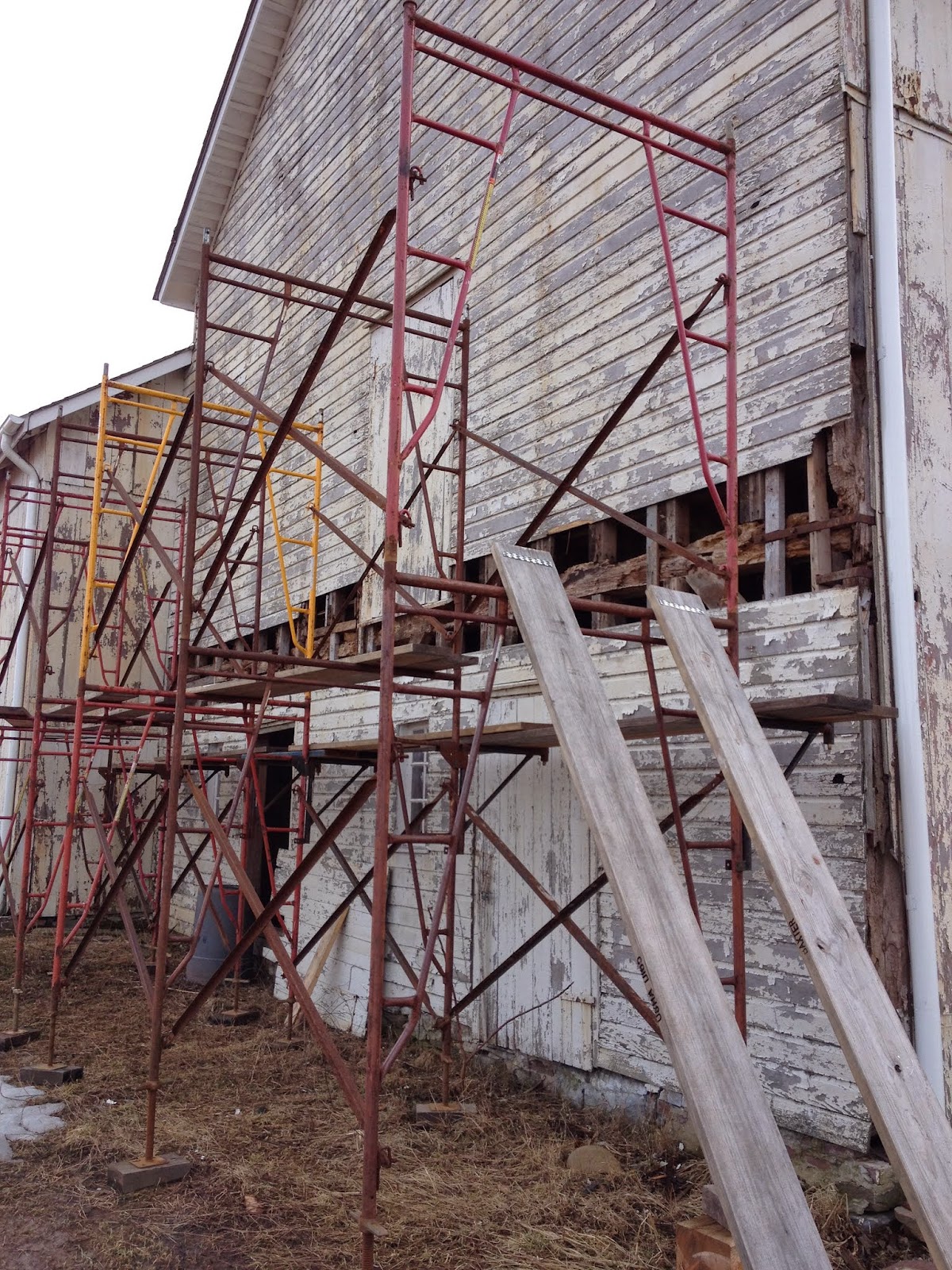 It's good to see an old building getting the attention it needs and deserves. 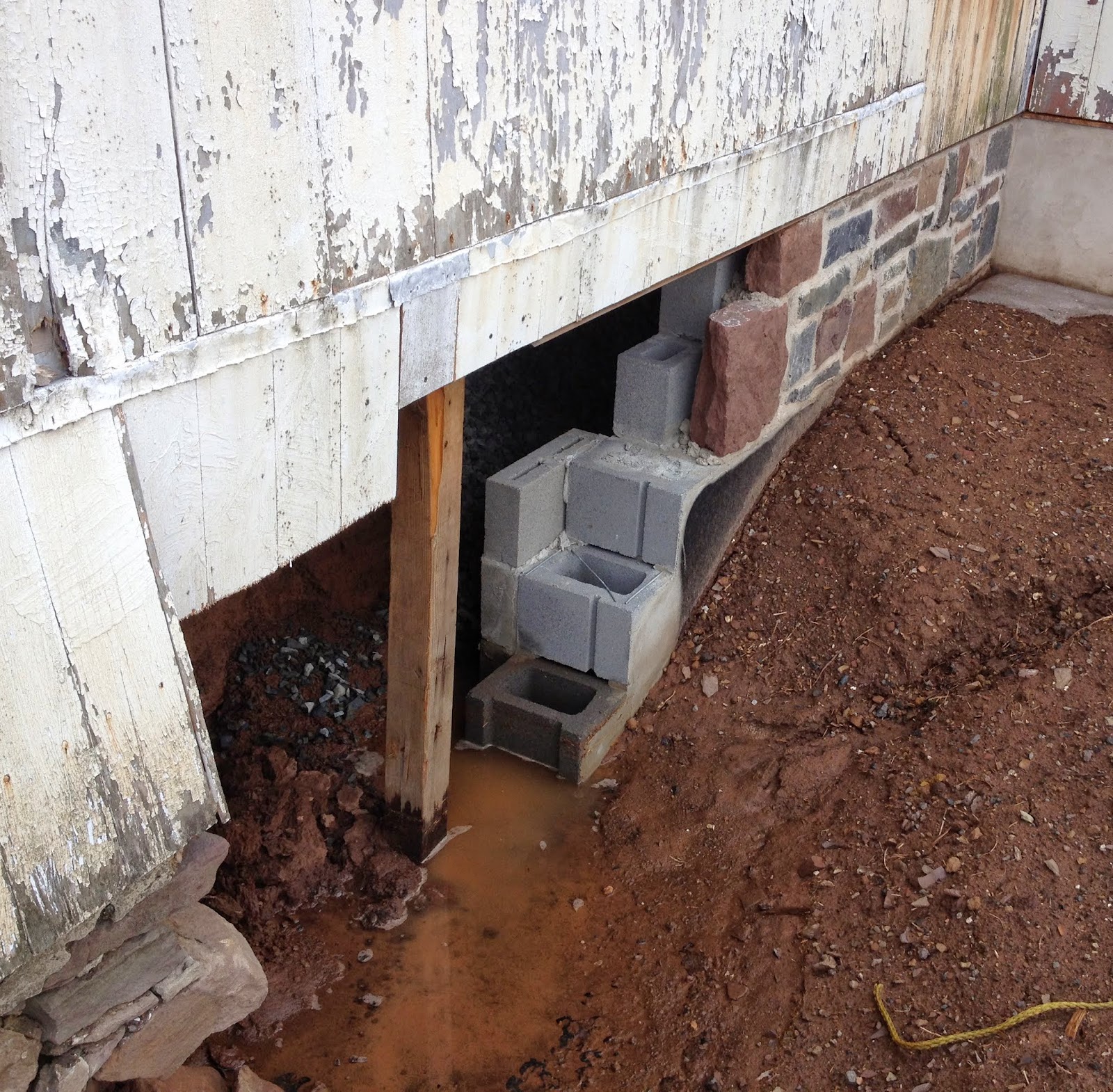 A new foundation is being laid. 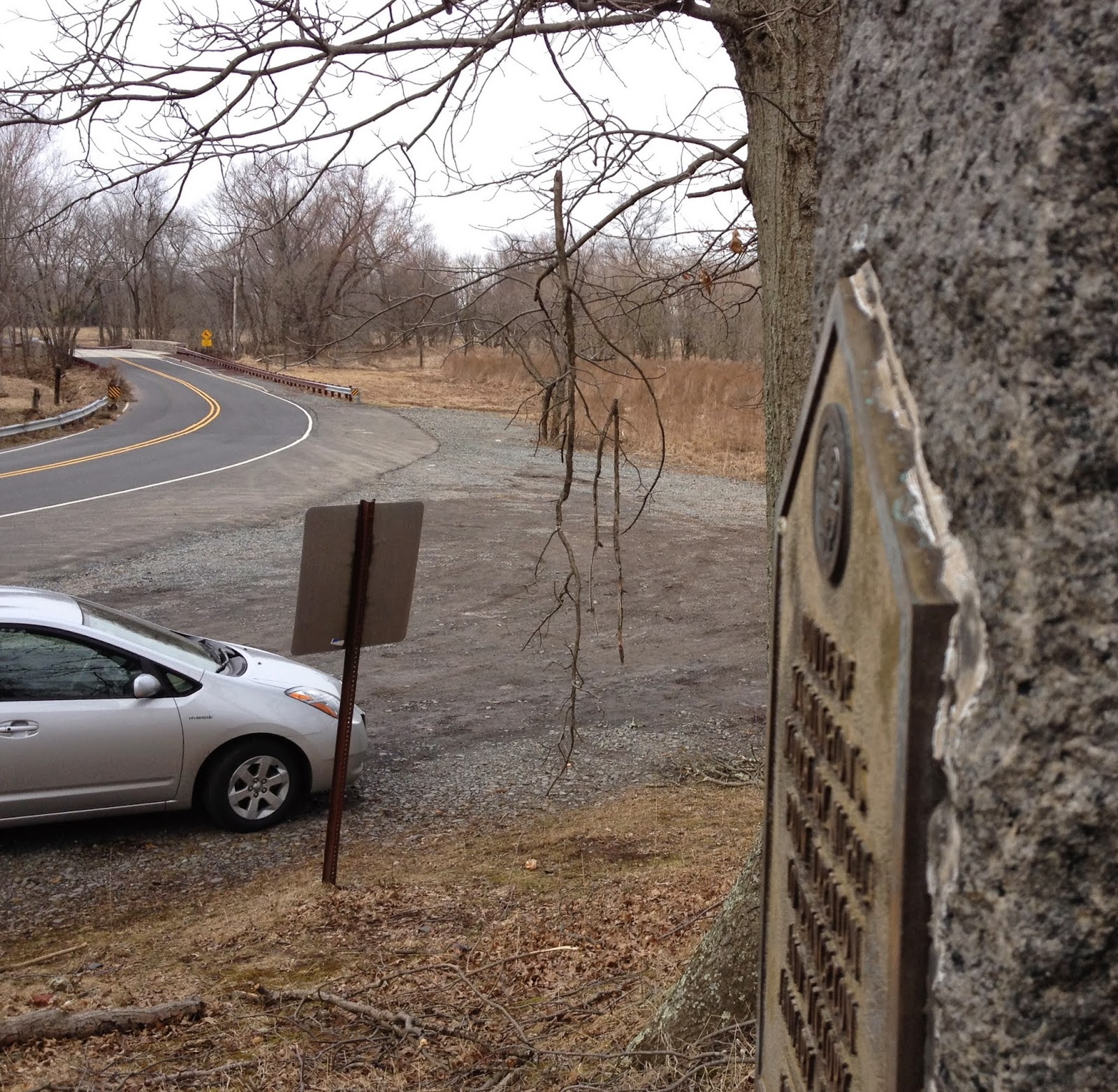 With the bike trail along Quaker Road completed, it's now possible to bike out to Updike Farm, then continue to the canal, 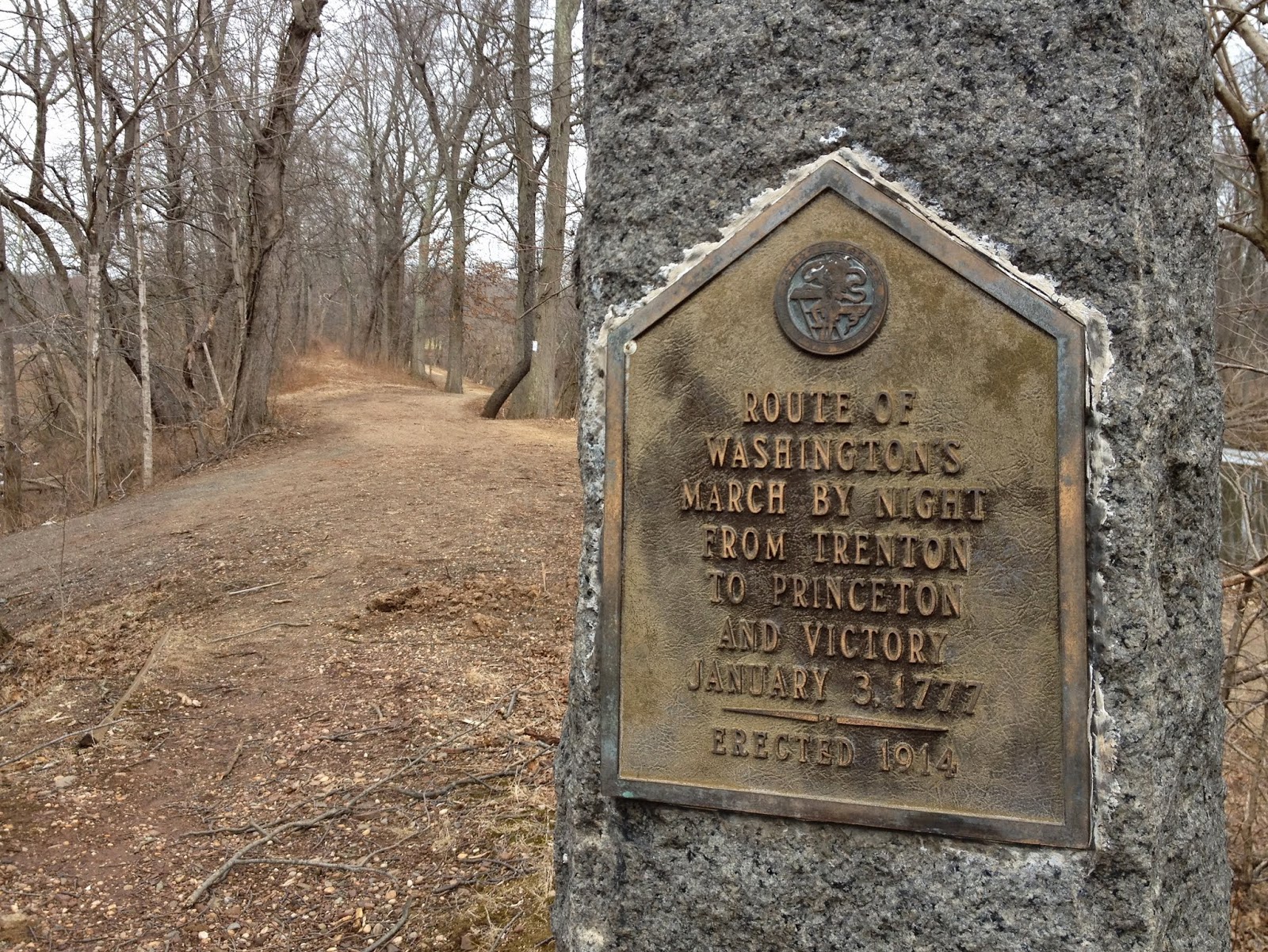 and bike back to Princeton along the towpath.
Posted by Steve Hiltner at Friday, May 01, 2015