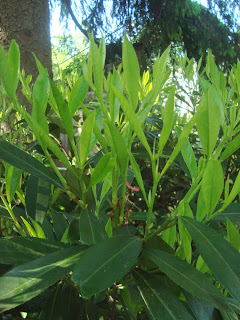 Three weeks ago, new leaves were contrasting beautifully with last year's on evergreens around town. Photos of this have collected, aged, and if they age anymore all that new growth will have become overgrowth and then, as seems the ultimate condition, yardwaste. So without further procrastination:

a laurel (at various times called skip laurel or cherry laurel, not native but also not invasive), 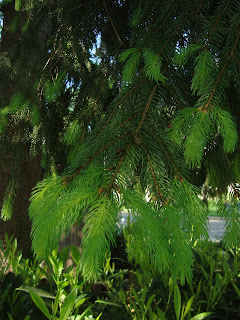 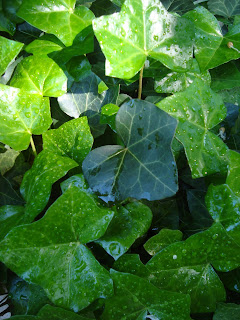 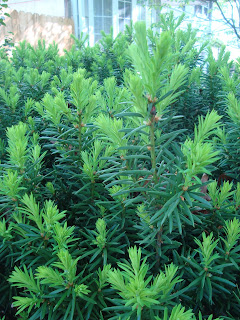 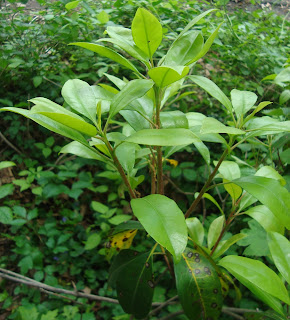 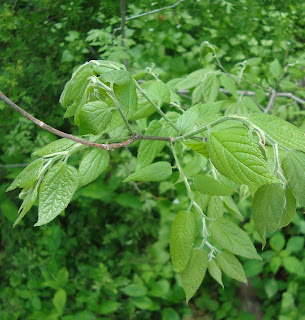 And in an effort to make the deciduous less anonymous,

a hackberry (lining Walnut St. across from JW Middleschool, and occasionally found in the woods) 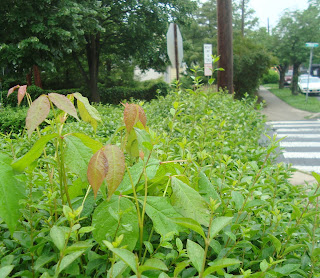 poison ivy popping up through a privet hedge, like a bandit seeking to steal away domestic tranquility, 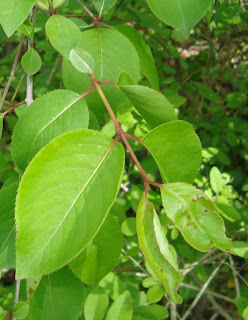 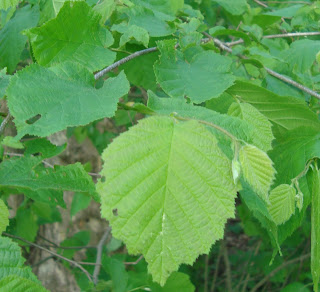 a native hazelnut, which judging from the holes in the leaves donates early and often to support-your-local-insect charities, 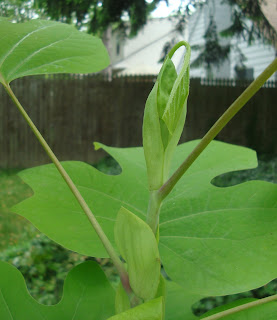 and last but not least, a tulip poplar pulls a new leaf out of its hat in a long-running magic trick.
Posted by Steve Hiltner at Thursday, May 31, 2012