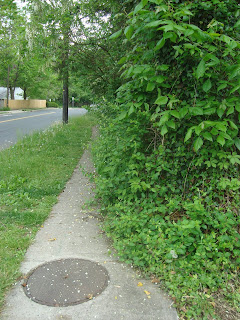 When using Princeton's sidewalks, it sometimes pays to know your plants, 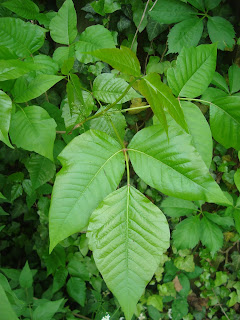 lest you brush against poison ivy that's been allowed to grow out over the pavement, for several summers now. 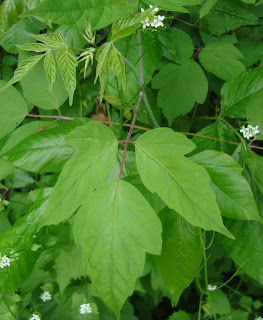 Elsewhere along this neglected sidewalk on a much-traveled street, the plant growing in your path might just be a box elder tree, which has leaves much like poison ivy, but less shiny, and has opposite branching instead of alternate, and is a tree rather than a vine. 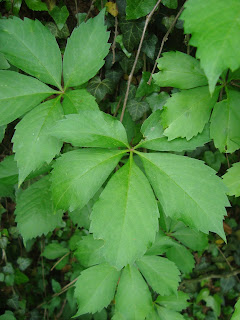 Or it could be Virginia creeper, which has five leaflets per leaf instead of three. 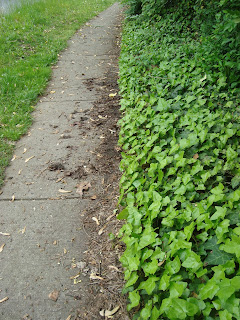 And for the old guy who rides the little electric cart around town, now pulling a little wagon he uses to collect trash along the way, well, he'll have to cross the street if he wants to ride on a sidewalk kept clear of english ivy. 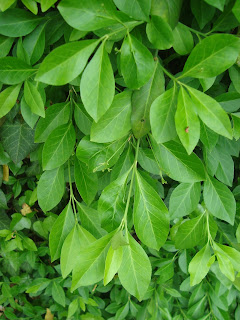 Other plants eager to fill the void in attention include a euoynmus vine, 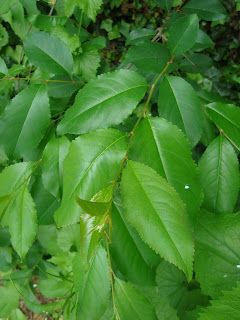 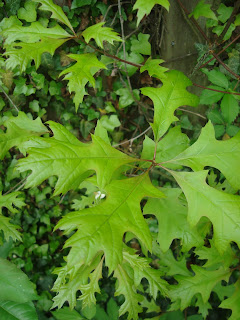 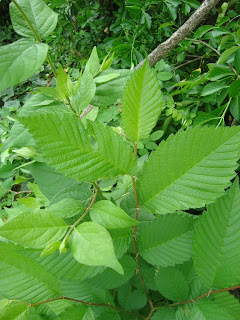 an American elm (with a bit of honeysuckle shrub sticking out at the lower left), 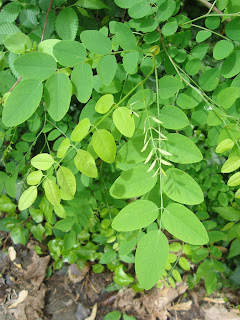 and a black locust seedling.

Typically, neglected sidewalks are on the back side of properties, where the owners seldom go. But even front sidewalks can get overgrown and put the squeeze on pedestrians. What can be useful and even rewarding to cultivate is a sense of stewardship and pride in that small piece of public right of way--sidewalk and curb--each homeowner is entrusted with.