A Good Hornet That's Not a Hornet 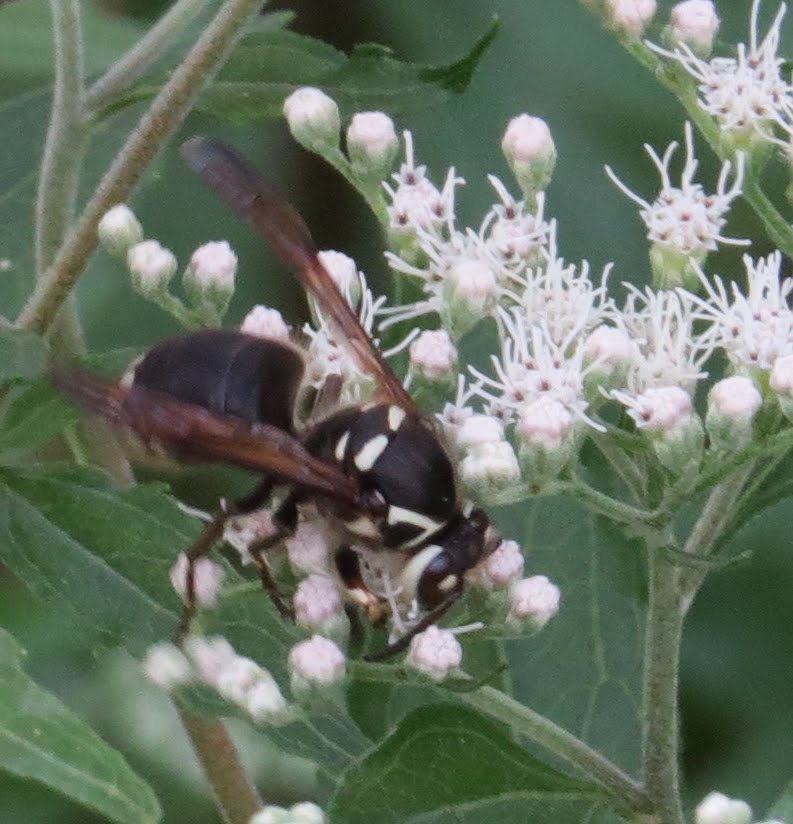 Finally, I got a photo of the salt and pepper-colored bee-like thing that was flying around our boneset this summer. Unlike the fifty or so other species of insect and spider that for weeks were visiting or residing on our mini-grove of boneset flowers, this one would never land, but instead patrol the airy avenues, in and around the flowers, as if hunting for prey.

The wonders of the internet led me to a Penn State factsheet on the creature. Turns out it's a baldfaced hornet, although you may know it by its scientific nickname, good old Dolichovespula maculata, in the family Vespidae.

As with many common names, this one's a bald-faced lie, because the insect is not a hornet at all. The only true hornet in North America is an introduced species. What was patrolling my boneset was a kind of yellowjacket. Besides not being yellow, it also varies from other yellowjacket species in building its nests in the air rather than underground. Yellowjacket species can be considered to be beneficial, in that they prey on other insects that could be considered a nuisance, but the baldfaced hornet has the added benefit of preying on other species of yellowjacket. I'm not sure the logic of that sentence would survive scrutiny, but I'll stick with it for now. The notion of beneficence will be lost on anyone who disturbs a nest, but if the nest is out of the way, then the recommendation is to leave it be. 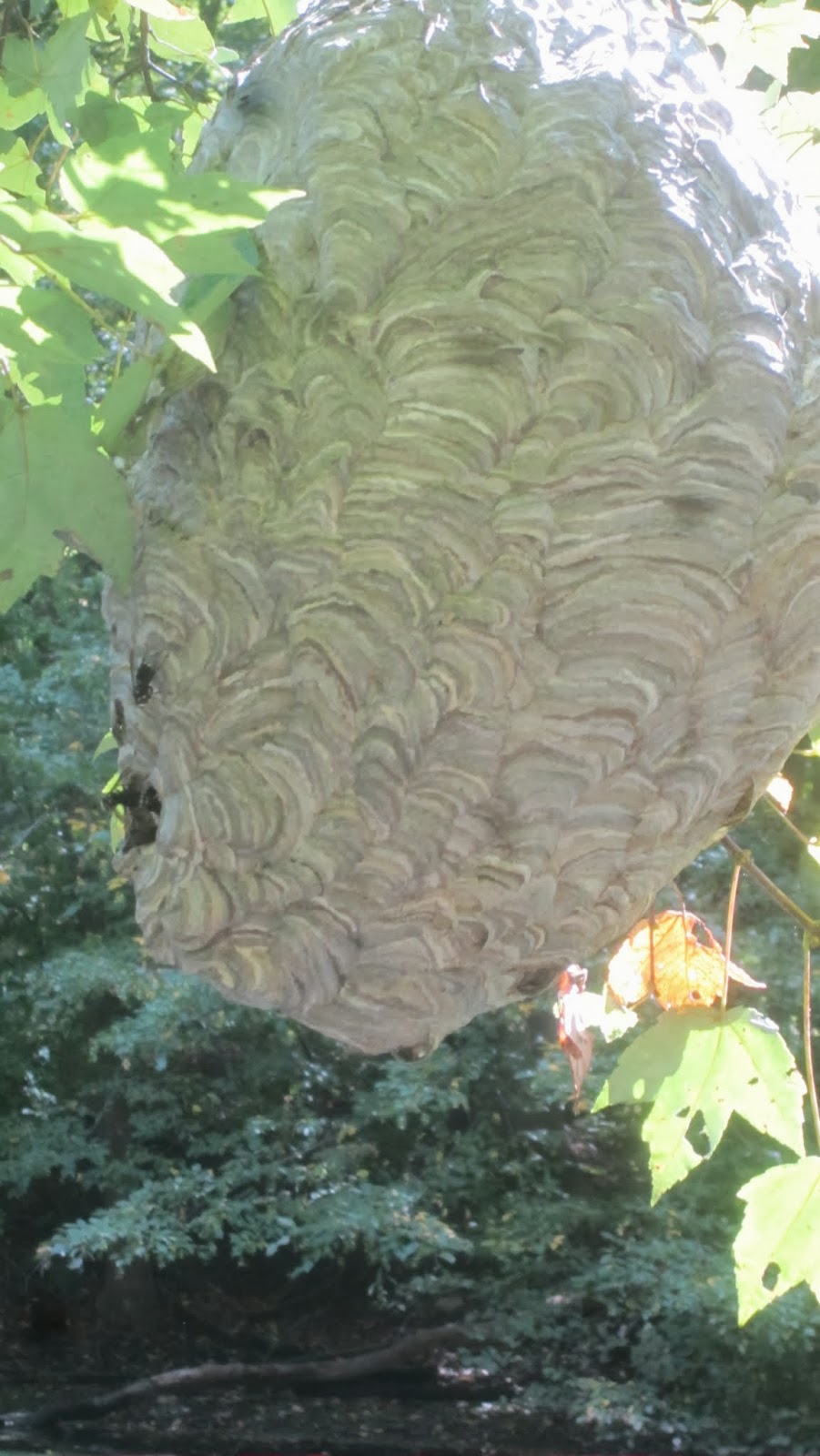 Riding on the DR Canal towpath yesterday, I found this nest suspended on a tree branch over the canal. I didn't have my better camera, but got close enough to give the general idea. One of them flew over to me, but as usual I didn't react, and it flew away. The nest has small vents on top to release hot air but minimize how much rain can get in.

When I was a kid, some sort of wasp built a nest on my bedroom window. I got to watch them applying the paste to build each new layer of walls, and of course had the boyish joy of later poking a hole in the nest with a stick before running back inside. Such is the early training to become a naturalist.

There was even a convenient explanation for why I finally found one sitting still, perched on a flower. Baldfaced hornets prey on other insects in order to feed their young high-protein food, but as summer wanes there are fewer young to feed, and they start shifting over to feeding on nectar.