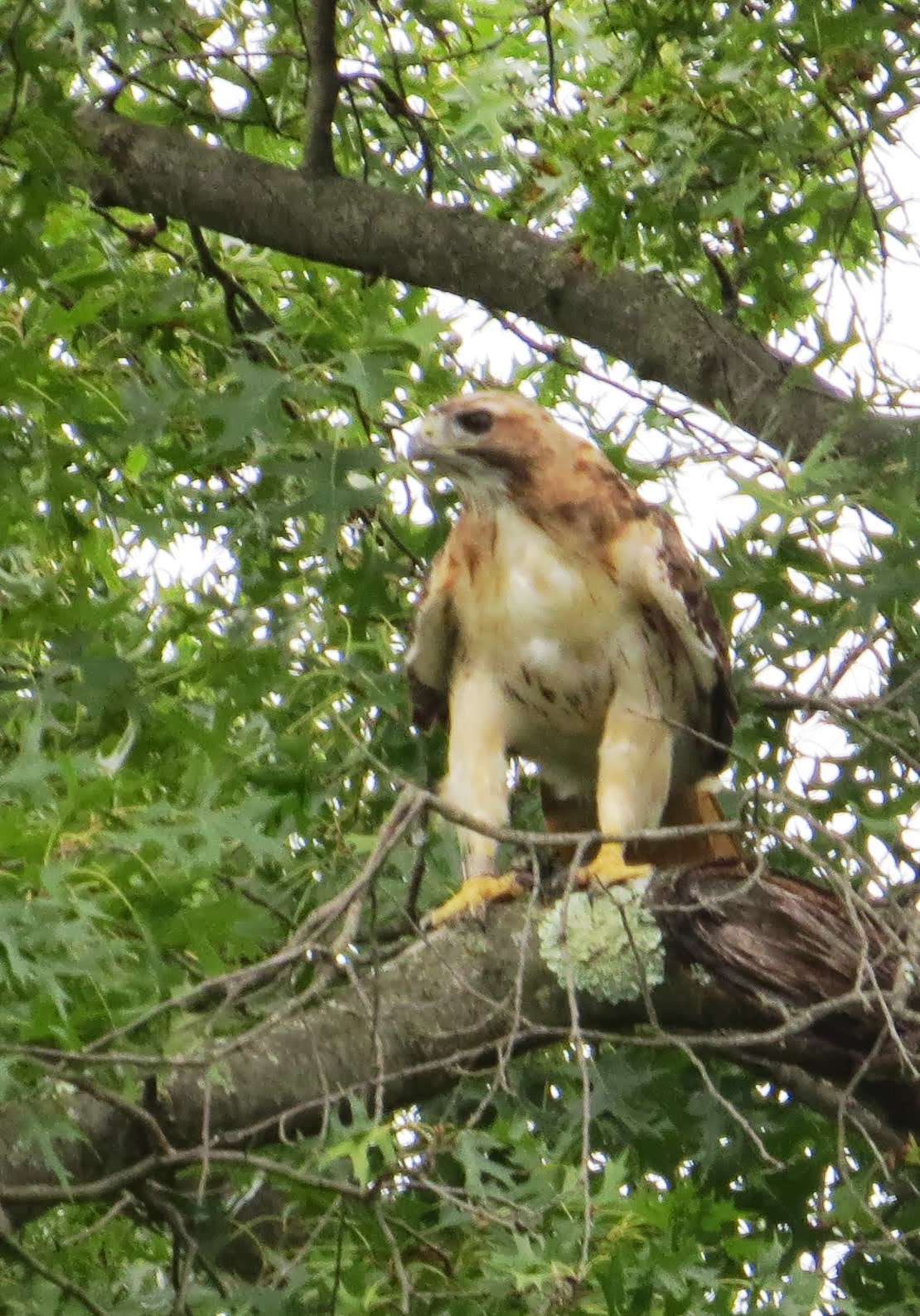 When a red-tailed hawk flew into the neighbor's spruce tree the other day, the good news for the chickens and ducks was that I happened to be outside at the time. Last fall, after the leaves had fallen, we lost a chicken to a Coopers hawk in very traumatic fashion. The day following the attack by the Coopers hawk, I found a big red-tailed hawk perched above the coop in the early morning, as if it were a customer waiting to be served breakfast. The word was out about our tasty pets. It looked like the backyard would be under siege for the duration, requiring that the chickens live the rest of their days in the protective enclosure of the coop. Instead, the hawks stopped coming, and we gradually returned to the liberal and very convenient routine of letting the chickens out in the morning, to forage freely for insects and worms in our fenced-in yard until dusk.

Why this latest hawk flew into the dense branches of the spruce tree isn't clear, but the local hummingbird was not at all pleased. It flew straight towards the hawk, like a tiny missile, stopping three feet from the evergreen tree, hovering, then returning to another tree to perch. I imagined the hawk munching on hummingbird eggs, but it seemed late in the season to be raising another brood. After a few minutes, the hawk shifted to a nearby oak, posed for a photo, endured more harassment from small birds, and then flew off.

Since then, the hawk has not returned, perhaps intimidated either by my presence or the more constant backyard presence of the big white Pekin duck, which seems clumsy and a little silly to us, but may in size and occasional deep quack give the hawk pause. The hummingbird, too, has disappeared, but that may only be because I'm actually looking for it. Far better to be preoccupied with some task, and let the corner of the eye catch flashes of all the winged visitors.