The Summer of the Cardinal Flower

Until this year, cardinal flower was a rare sight in the Princeton landscape, surviving in small clusters along the shores of the DR canal, or showing up as a solitary plant lost in deep forest along the Princeton ridge. Plant it in a garden, and it might return the next year, or not, according to its whim. 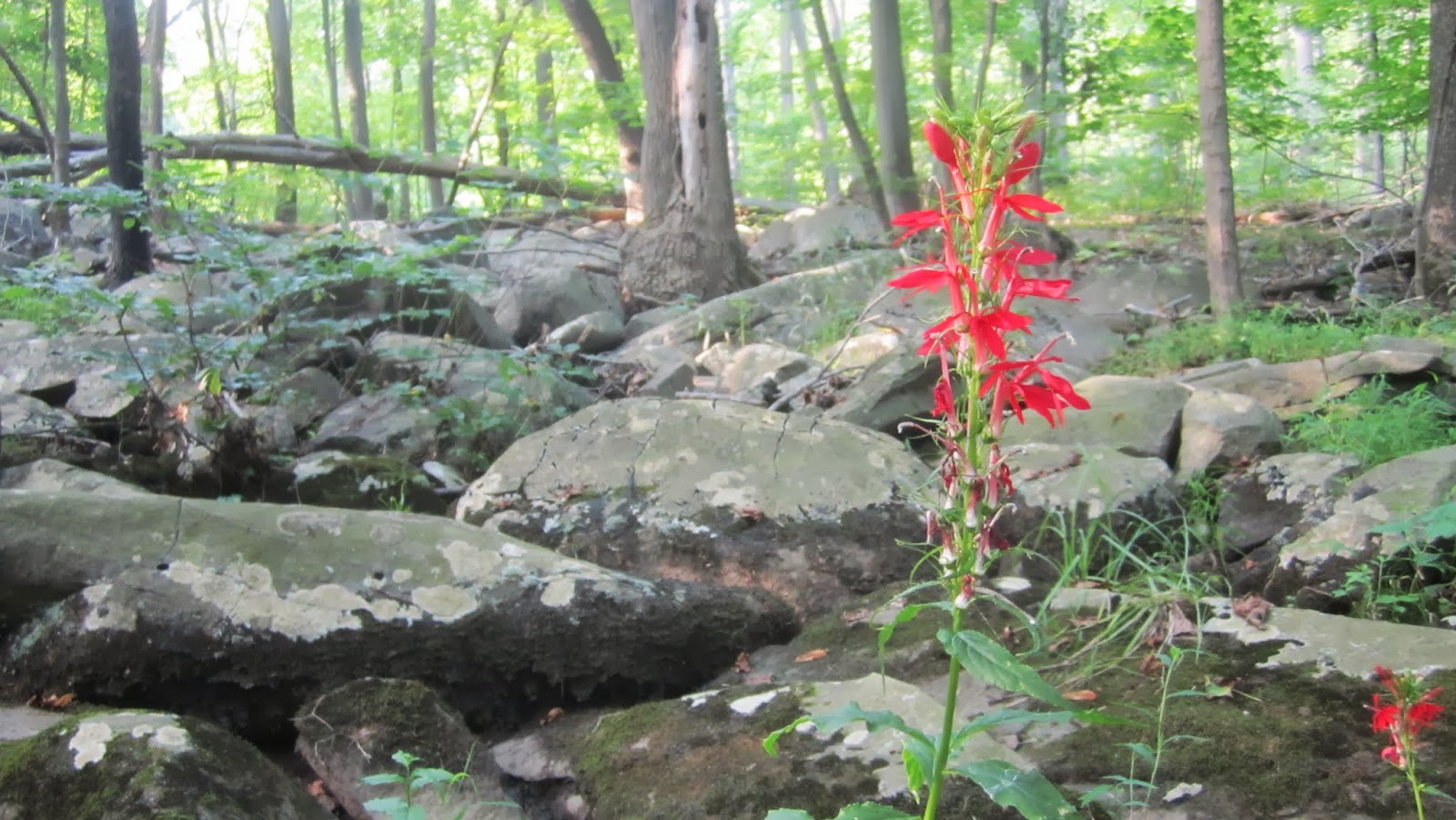 Those solitary plants are back, like this one in the boulder field at Herrontown Woods. But with plentiful rain, relatively cool weather, and occasionally some human assistance, 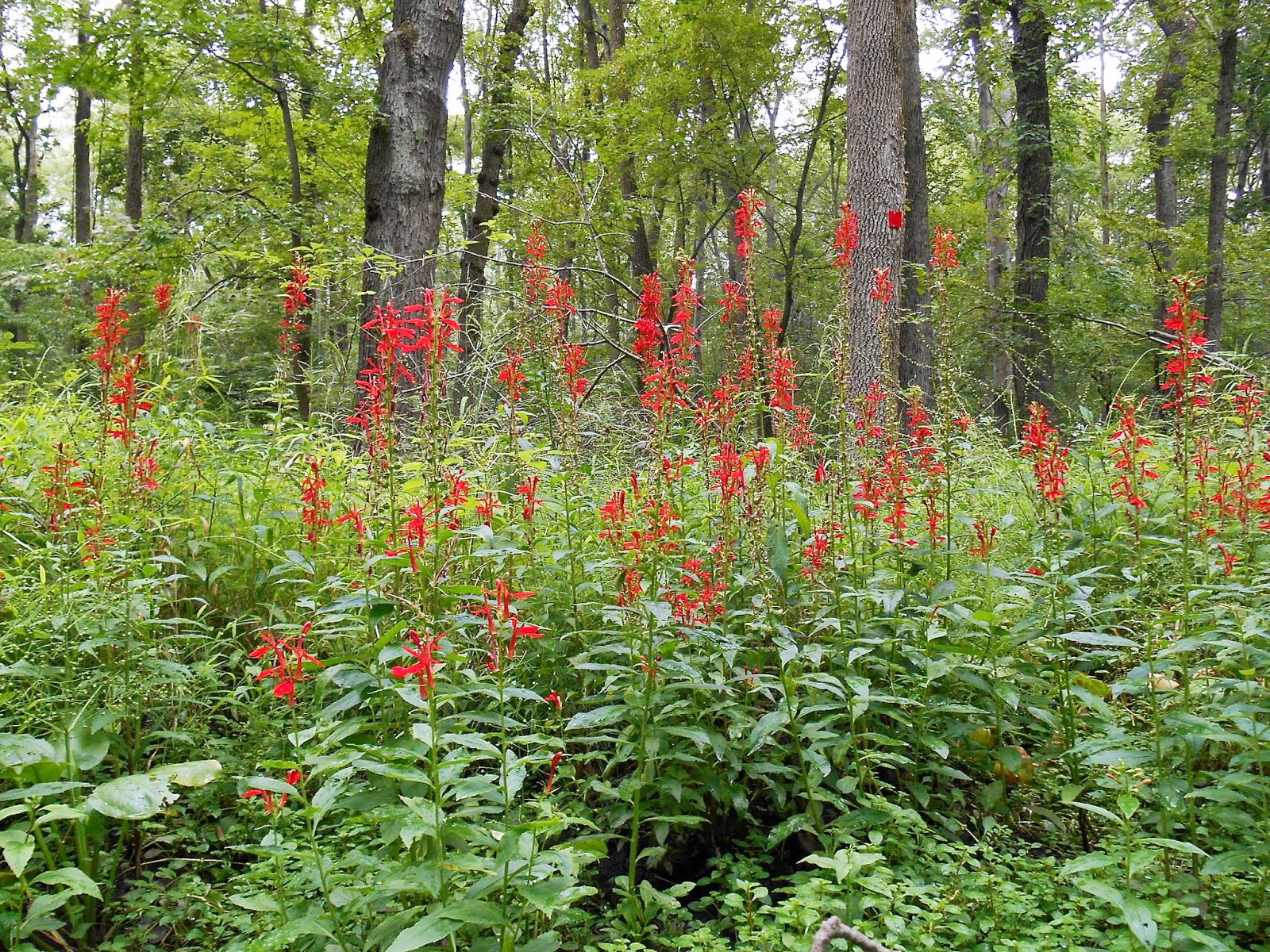 cardinal flower has turned the landscape red for much of the summer, from the marshy uplands of Herrontown Woods* in the east, 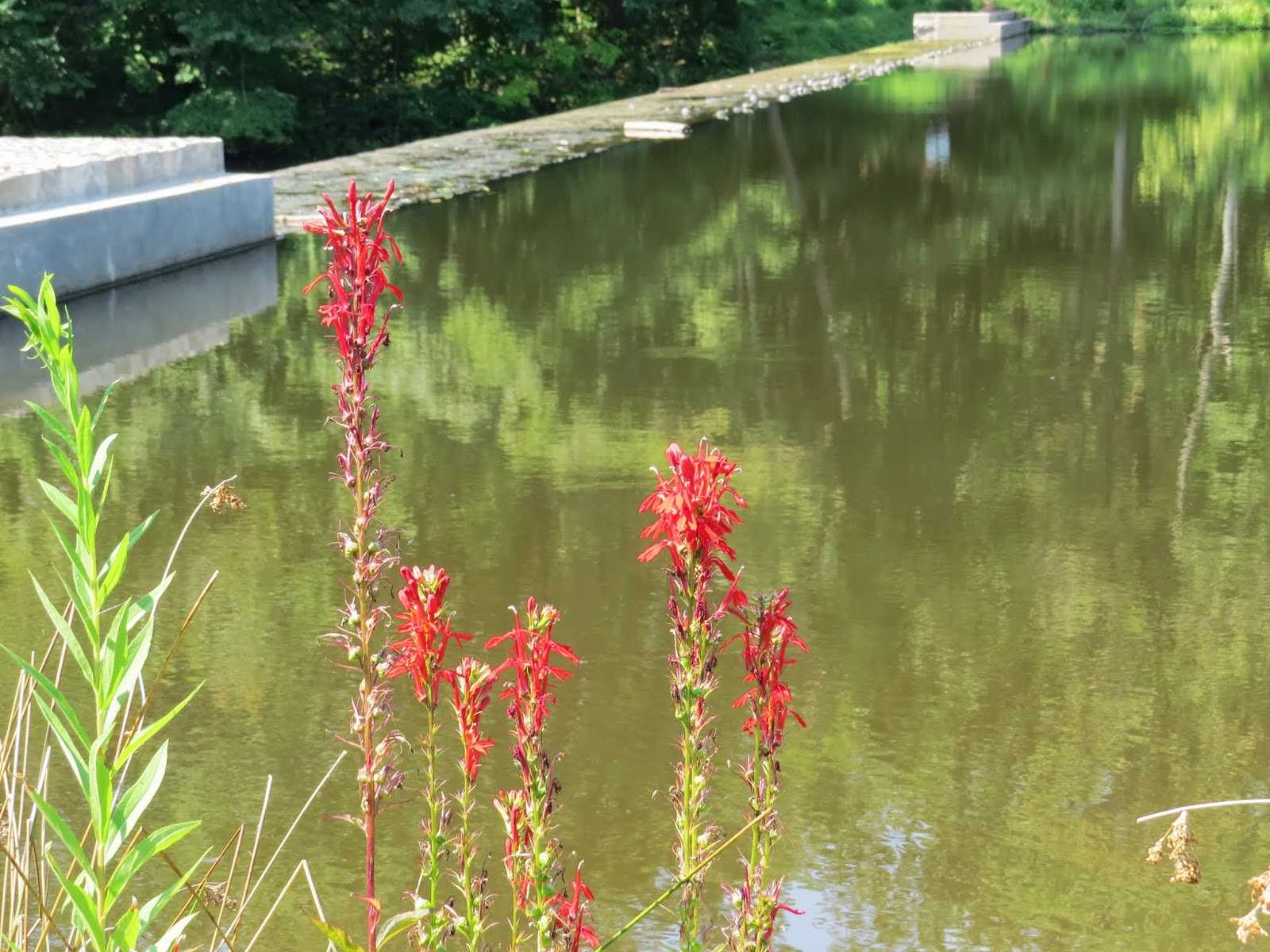 to the replanted shores of the upper Mountain Lake in the west, 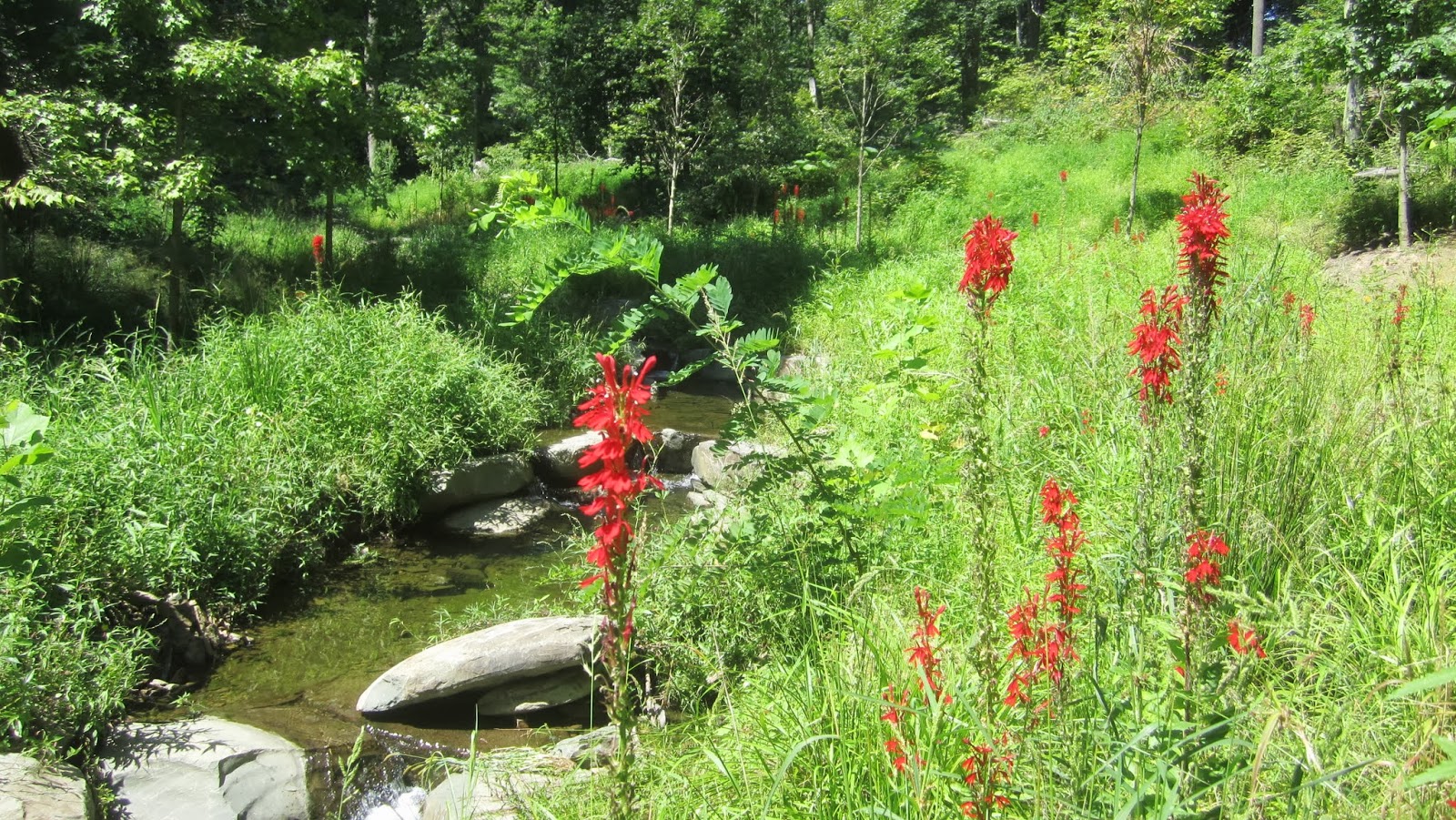 and many points inbetween. Most are wild, like a big stand I hear can be found downstream of Harrison Street along the canal. But a few are planted, such as this streambank on Princeton's campus, in the hidden valley next to Washington Road, where a stream restoration was completed. 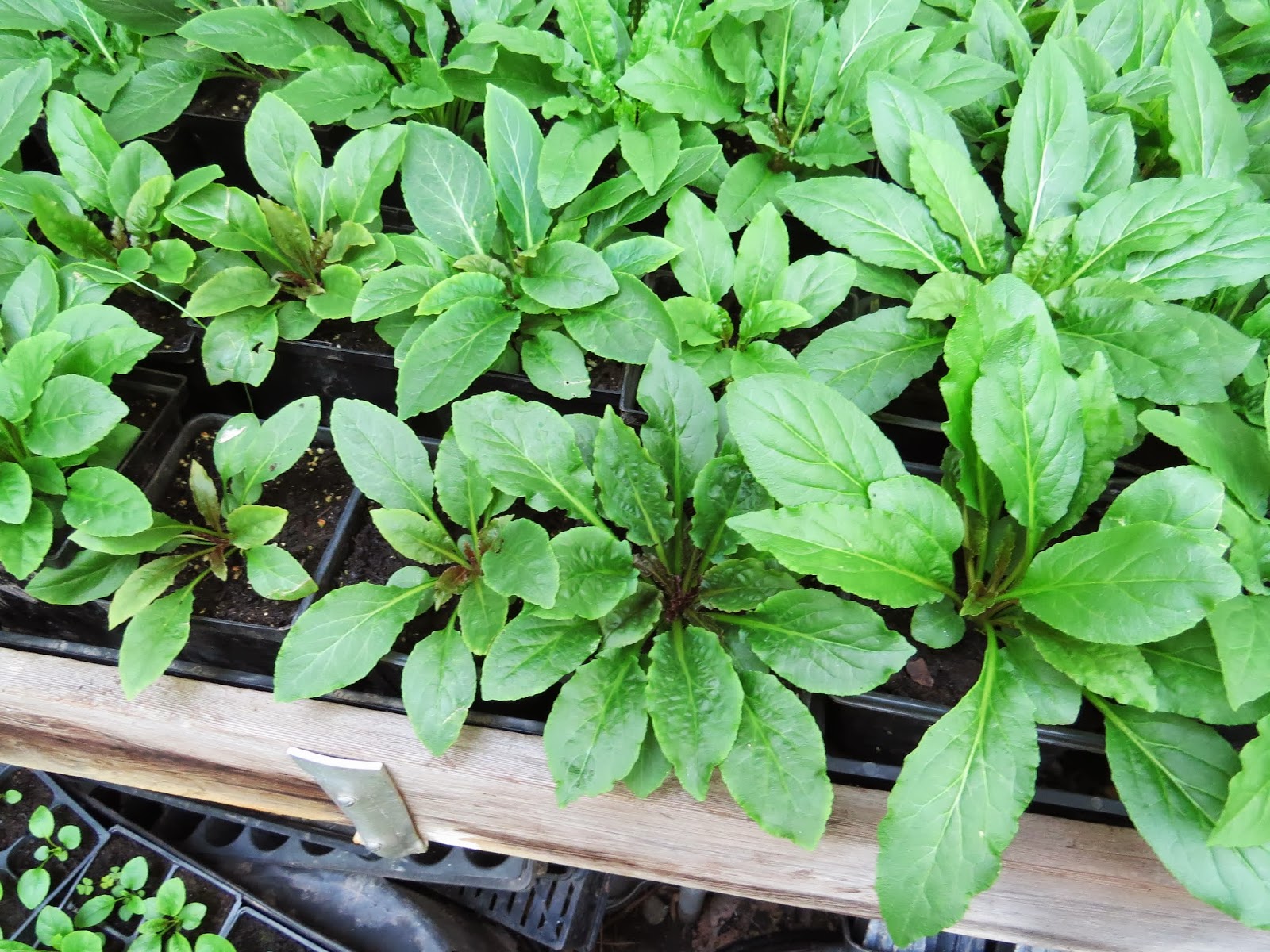 The Friends of Princeton Open Space managed to grow hundreds of new plants this summer from the tiny seeds of cardinal flower, the main challenge now being to get them all in the ground. 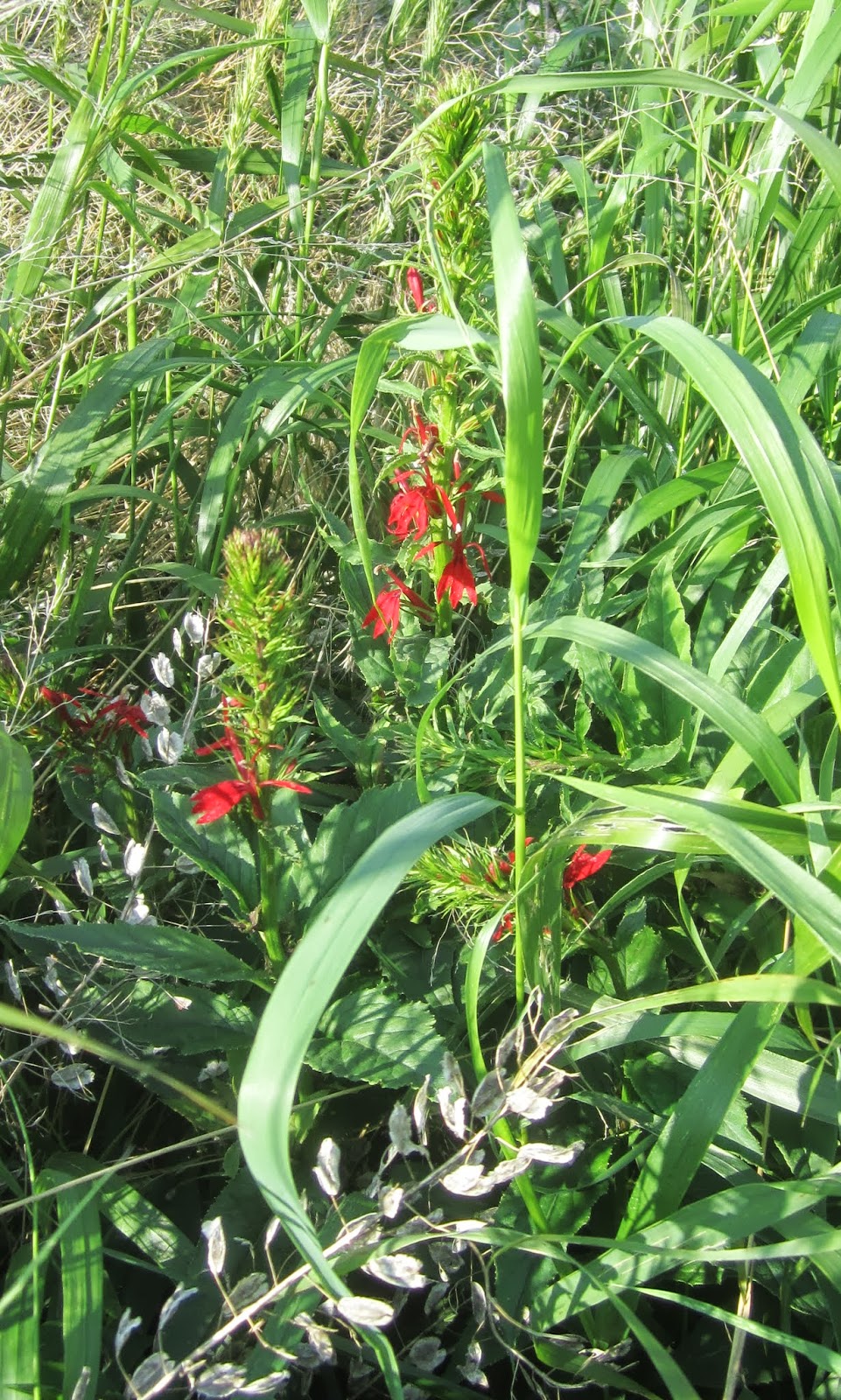 Even cardinal flowers such as this one planted as part of the parking lot installation at Westminster Choir College, are hanging in there, waiting for someone to do a careful weeding. 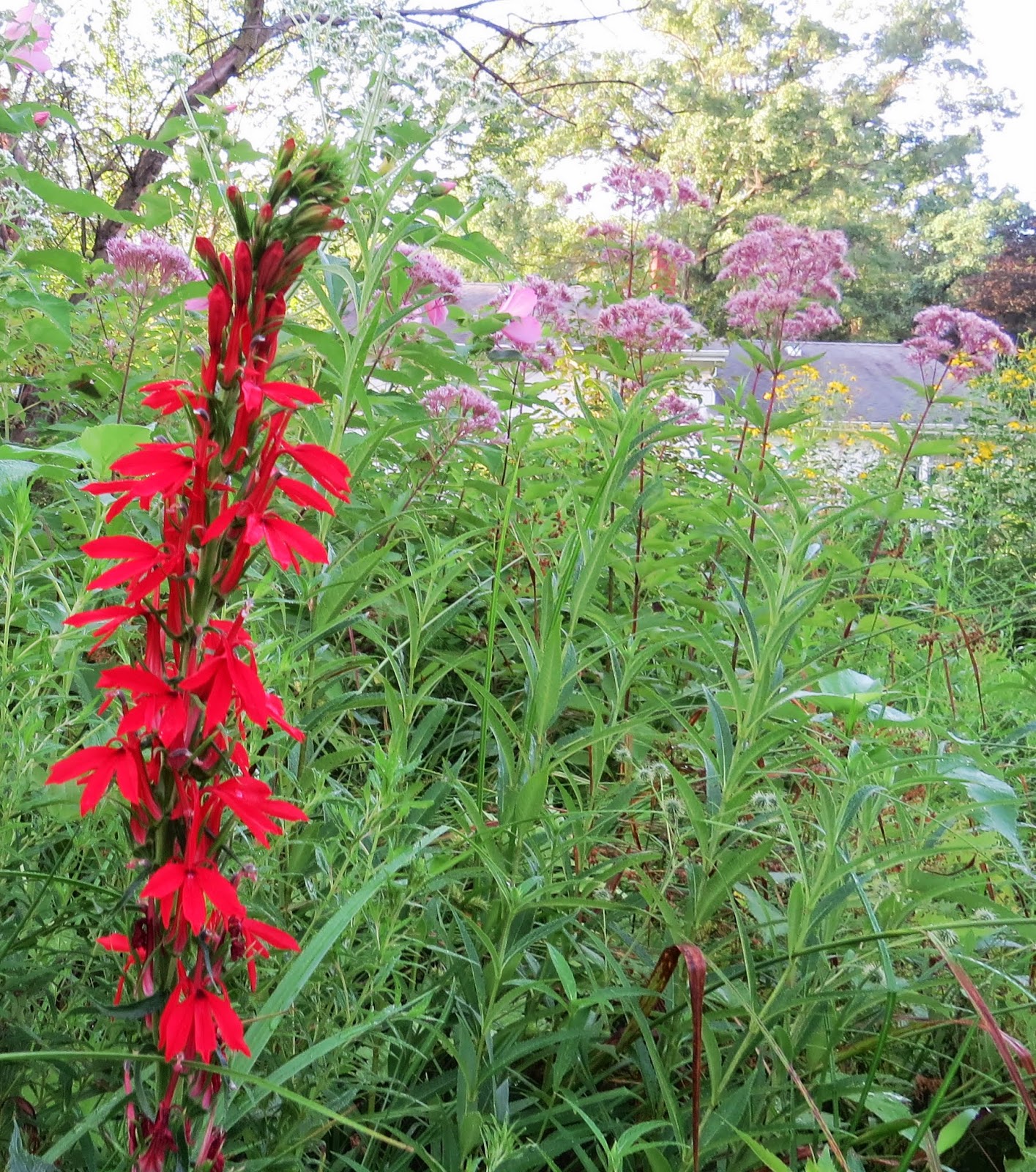 And this specimen, planted long ago and given little or no attention among the hundreds of other wildflowers, is flourishing in our mini backyard tributary of Harry's Brook.

The combination of human intervention and unexpected natural abundance is heartening, even more so because plants such as cardinal flower add so much to the quality of life for hummingbirds and other Princeton residents.

*Thanks to Sally Curtis for the second photo in this post.
Posted by Steve Hiltner at Tuesday, September 03, 2013