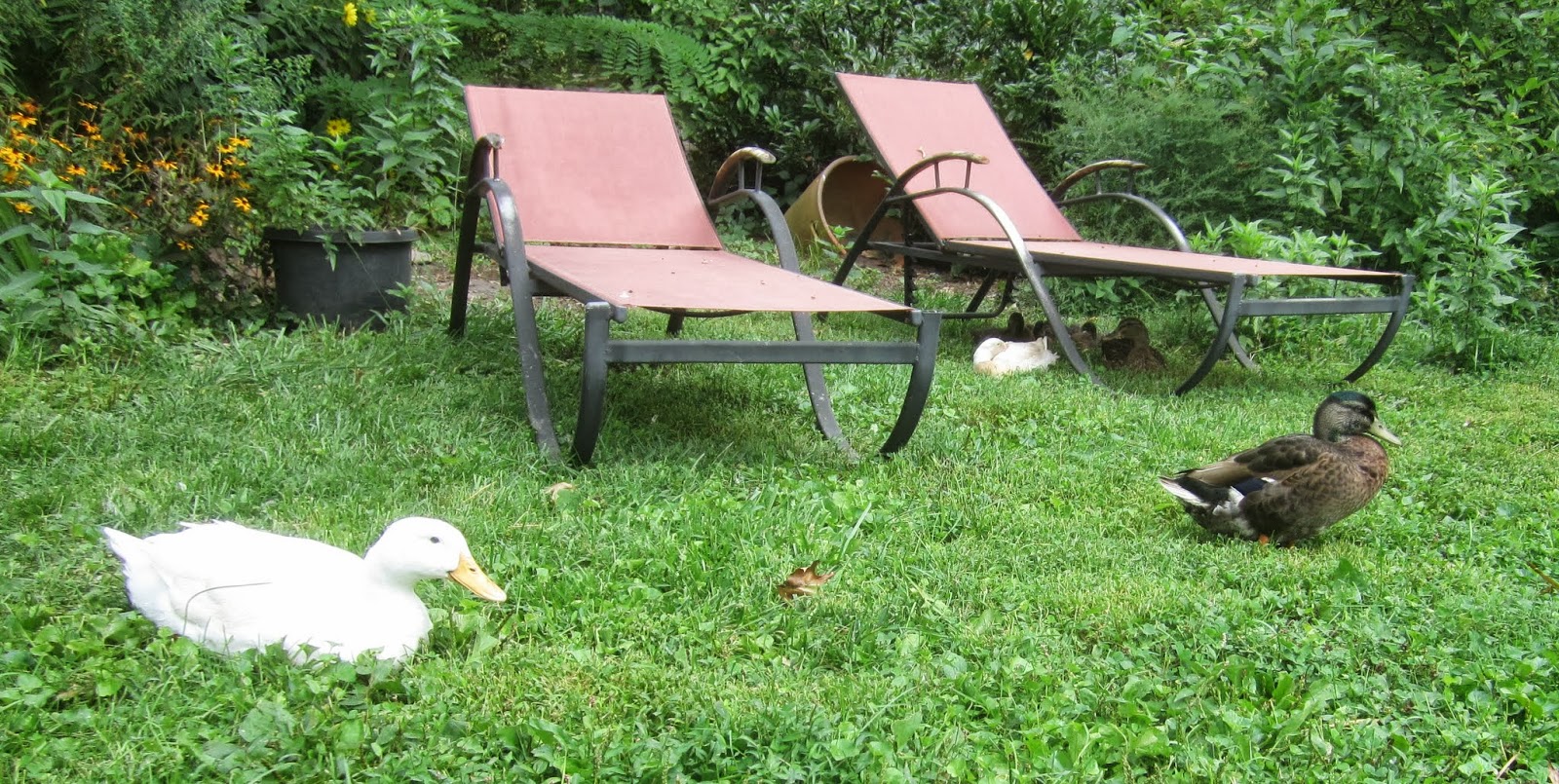 A typical day in the backyard, the ducks hanging out, inbetween swims in the miniponds and forays to glean whatever they glean from the lawn when it's moist. The largest is the white Pekin duck on the left, with four mostly grown mallard chicks back under the lawn furniture with their mother.

But one afternoon a few days ago, I saw the Pekin chasing the young ducks into the bushes, as if it were bullying them--something I'd never seen the big duck do. 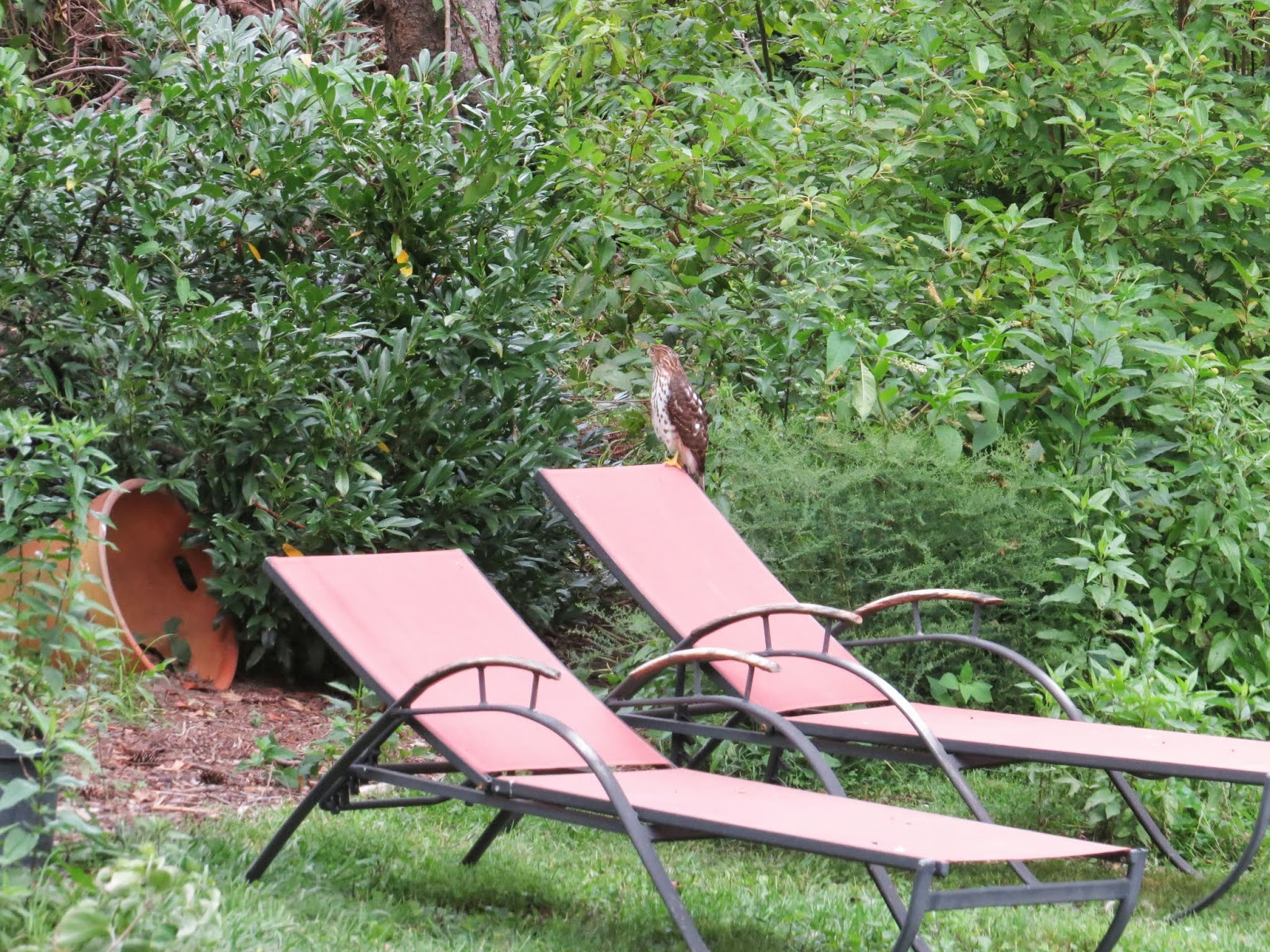 Five or ten minutes later, my daughter looked out the window to see the ducks gone and a hawk perched on the lawn furniture. Never a good sign, if you have urban poultry, but at least it wasn't giving chase to any of the ducks. 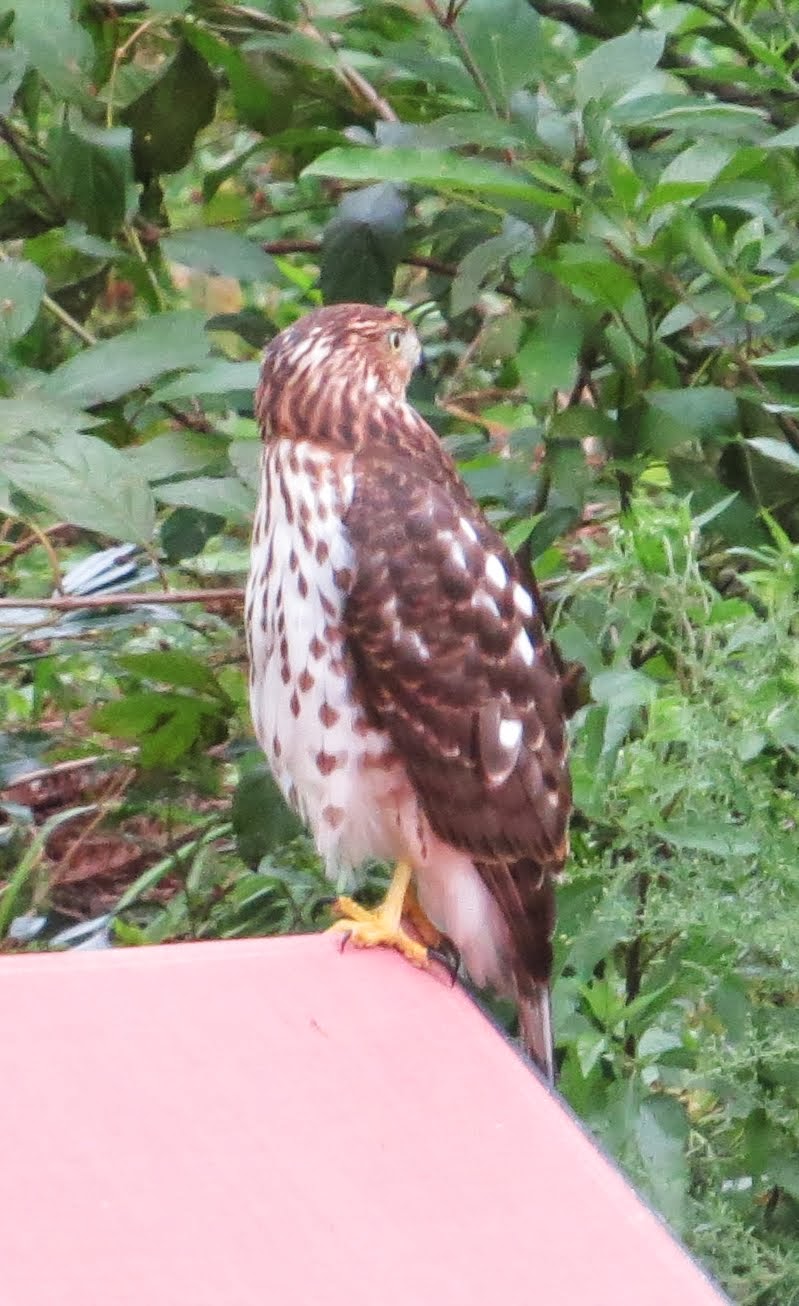 It seemed puzzled about what to do next. We ran out, and the hawk flew off, a little smaller than others, and with a beautiful fresh look to the feathers--all the more beautiful because it was flying away without any dinner.

Judging from how the white Pekin duck quickly spots soaring birds overhead, I'd guess it hadn't been bullying the younger ducks but instead herding them to cover, having spied the hawk before any of the rest of us. The big Pekin lumbers about with an exaggerated waddle, and its periodic attempts at flight are reminiscent of the flying machine the chickens build in the claymation film Chicken Run, but it may be playing the role of guardian, just vigilant and intimidating enough to keep the hawks at bay.
Posted by Steve Hiltner at Monday, September 16, 2013