When the Indoors Moves Outdoors

Out of college, my jazz pursuits distracting me from any high-powered career, I took a "day gig" with TLC Plant Care, which involved driving from one restaurant to another, watering the indoor plants. This was before silk plants, DJs, and iPods took the uncertainty and employment out of indoor foliage and music. "Bone dry!" my supervisor would exclaim with enthusiasm as she introduced me to the art of watering plants hung above diners in a large sunroom. "Would you like some browned fern leaves in your salad?", I imagined myself asking as I hovered above the surprised customers, teetering on a step ladder, watering can in hand. One trick helped speed the process. Because the pots were made of plastic, it was easy to tell if the plants needed water simply by their weight.

In other, darker restaurants, peace lilies and philodendrons sat in gloomy corners in an arrested state of development that echoed the trajectory of my career. Later, I got a job taking care of plants at the Michigan Union, the student center for the University of Michigan, on the front steps of which John F. Kennedy had announced his plans for the Peace Corps. Over several years, I noticed that whenever my consistent tender loving care--learned in the prior job--had elevated one or another potted plant to a state of perfection, that plant would either be stolen or vomited into. The latter tended to coincide with a big victory by one of the U of M sports teams. Now, any student in a celebratory mood wishing to vomit in the U-Club had a wide selection of well-tended potted plants to choose from, and yet some uncanny force at work in the universe somehow guided the celebrant unerringly towards the pick of the litter. Ever since, I've had a heightened awareness of how tenuous can be perfection's foothold in the world.

Since leaving that job, I've felt little love for indoor plants, preferring outdoor plants that at least have a chance of reaching sexual maturity and leading lives of their own. Predictably, as our few indoor plants around the house have languished, the wildflowers outside have thrived. 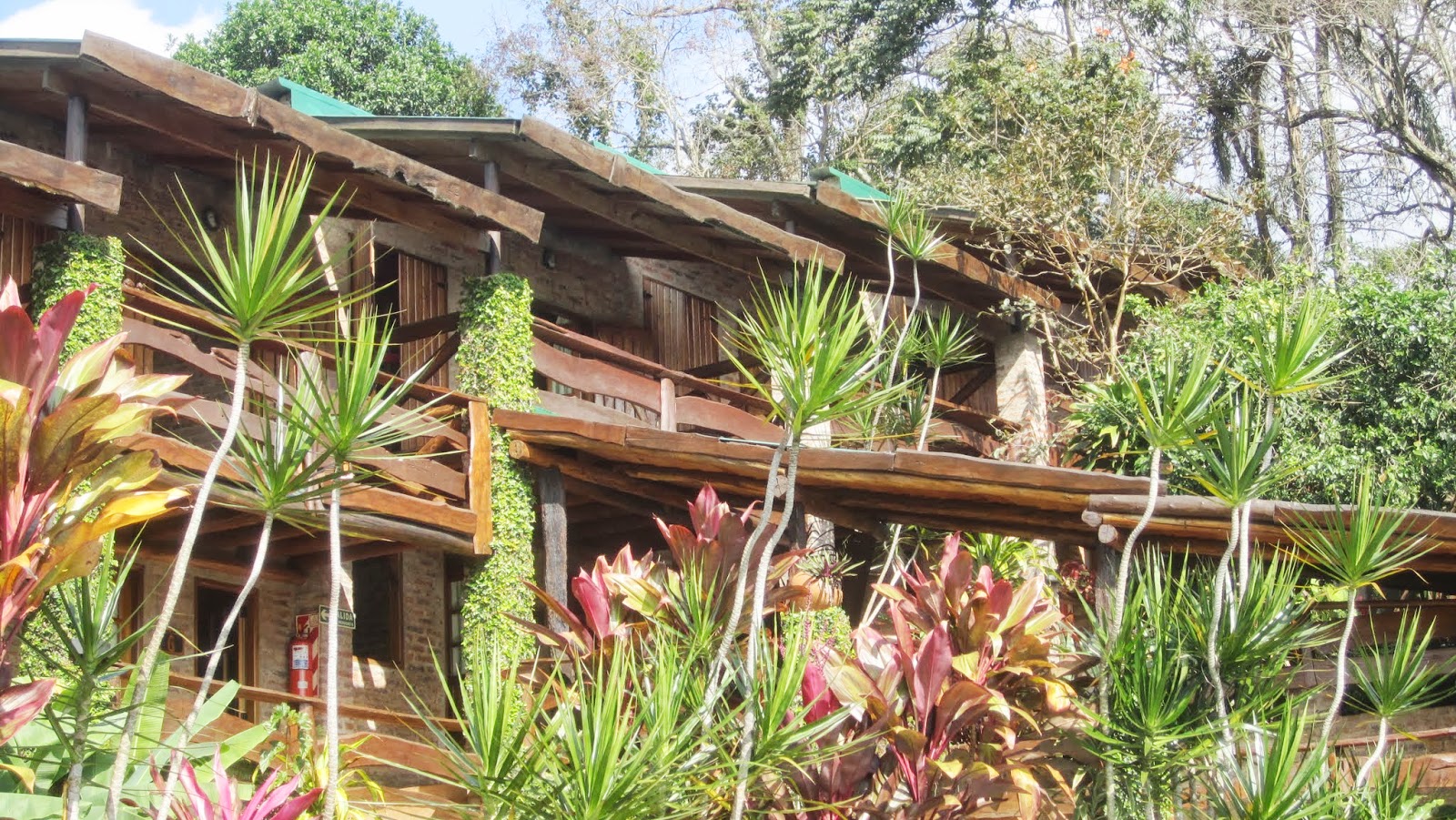 It can be a relief, after those years of tending to the light-deprived, to travel to warmer climes and see Dracaena marginatas reaching for the sky, 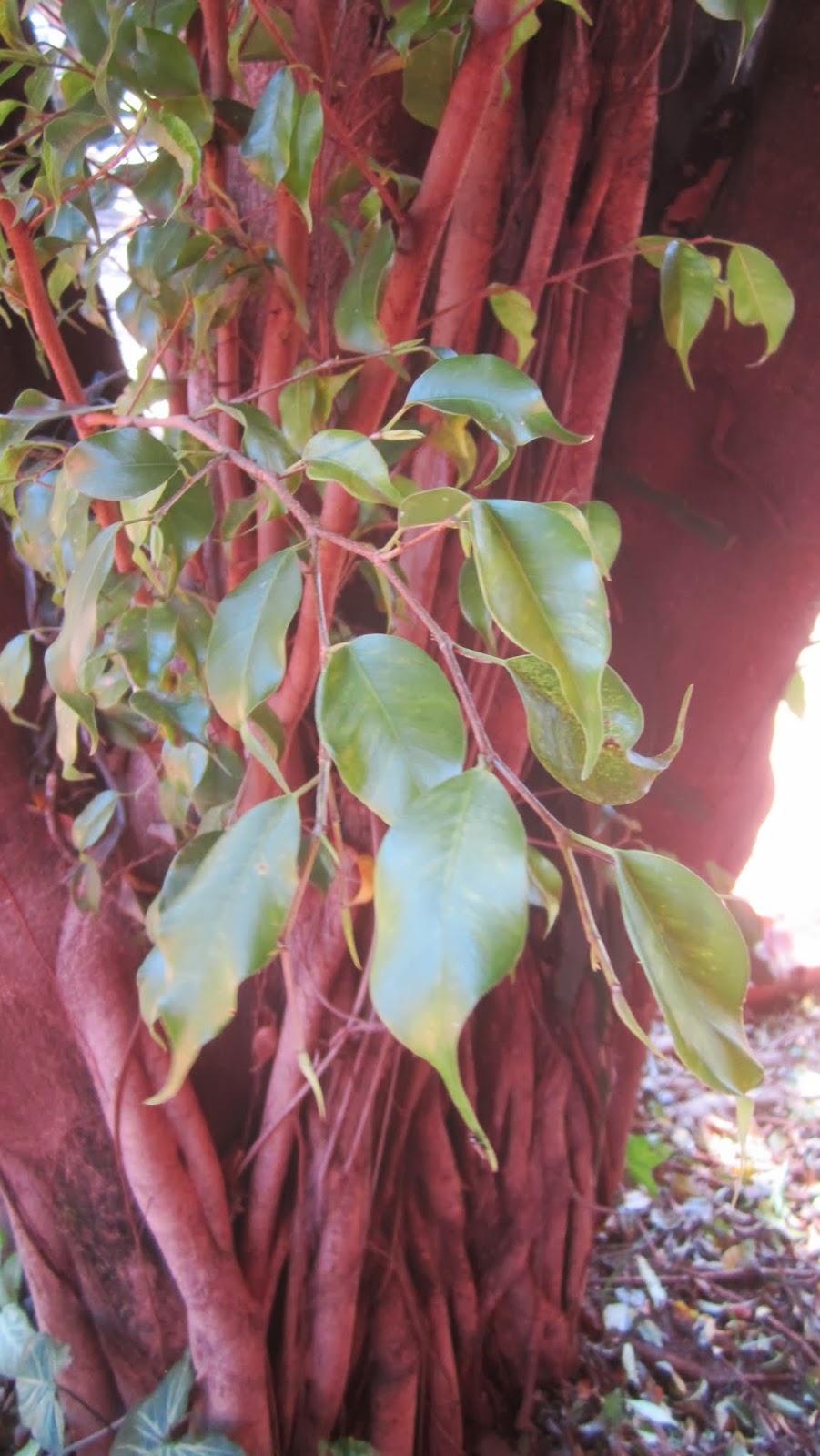 and encounter a Ficus benjamina whose roots aren't trapped in a pot, 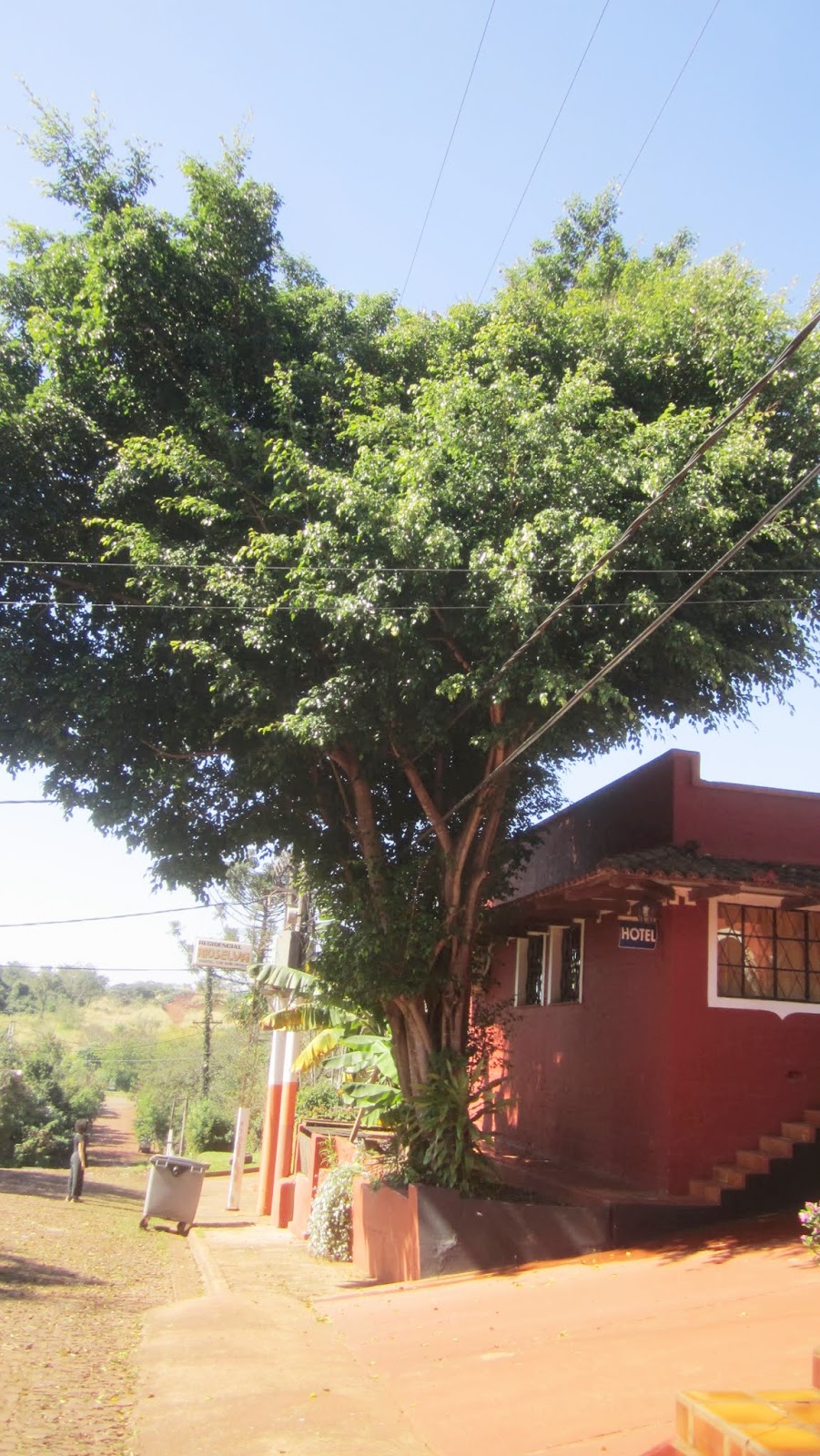 with permission to grow and grow without fear of crashing into the ceiling, 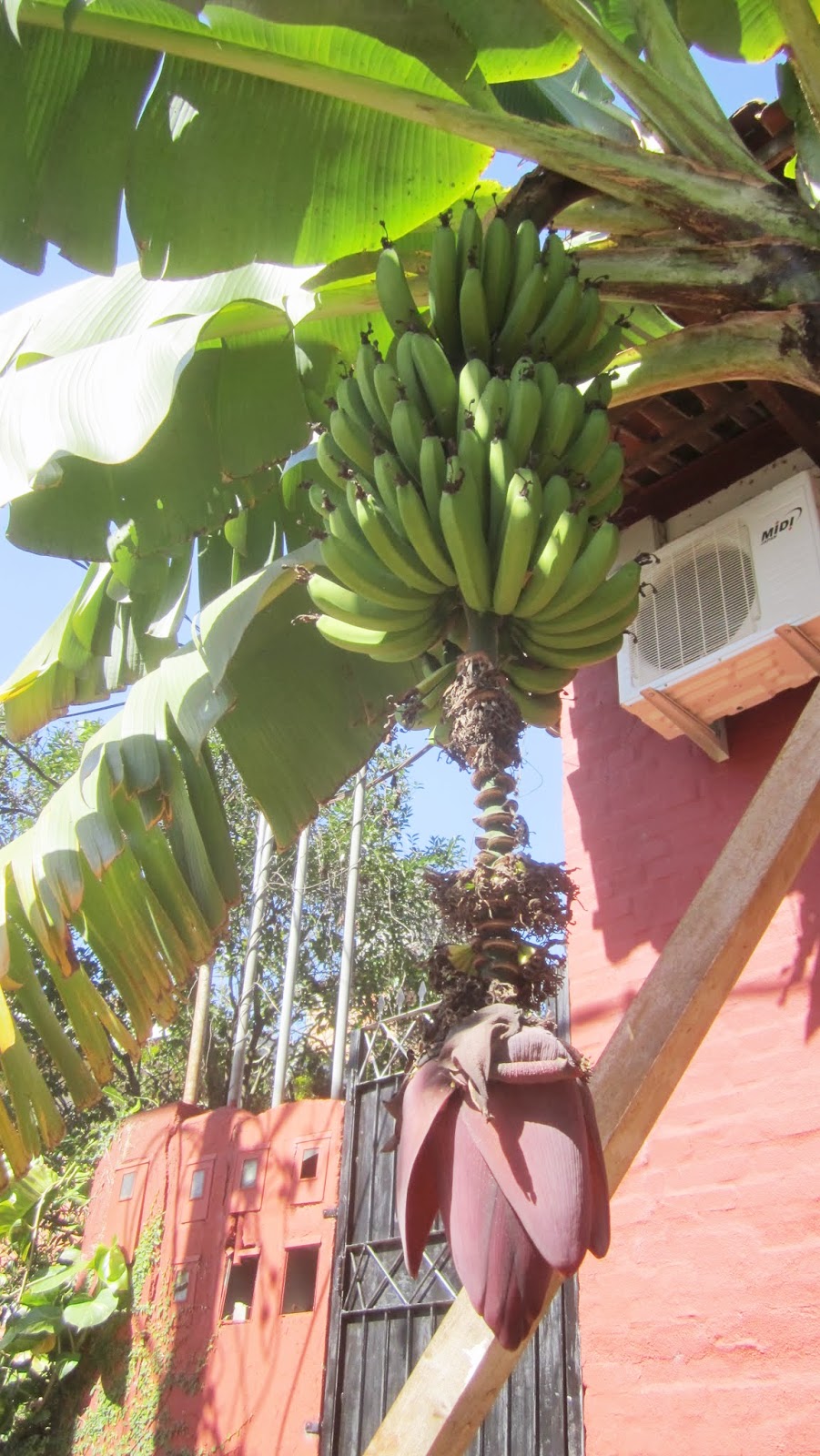 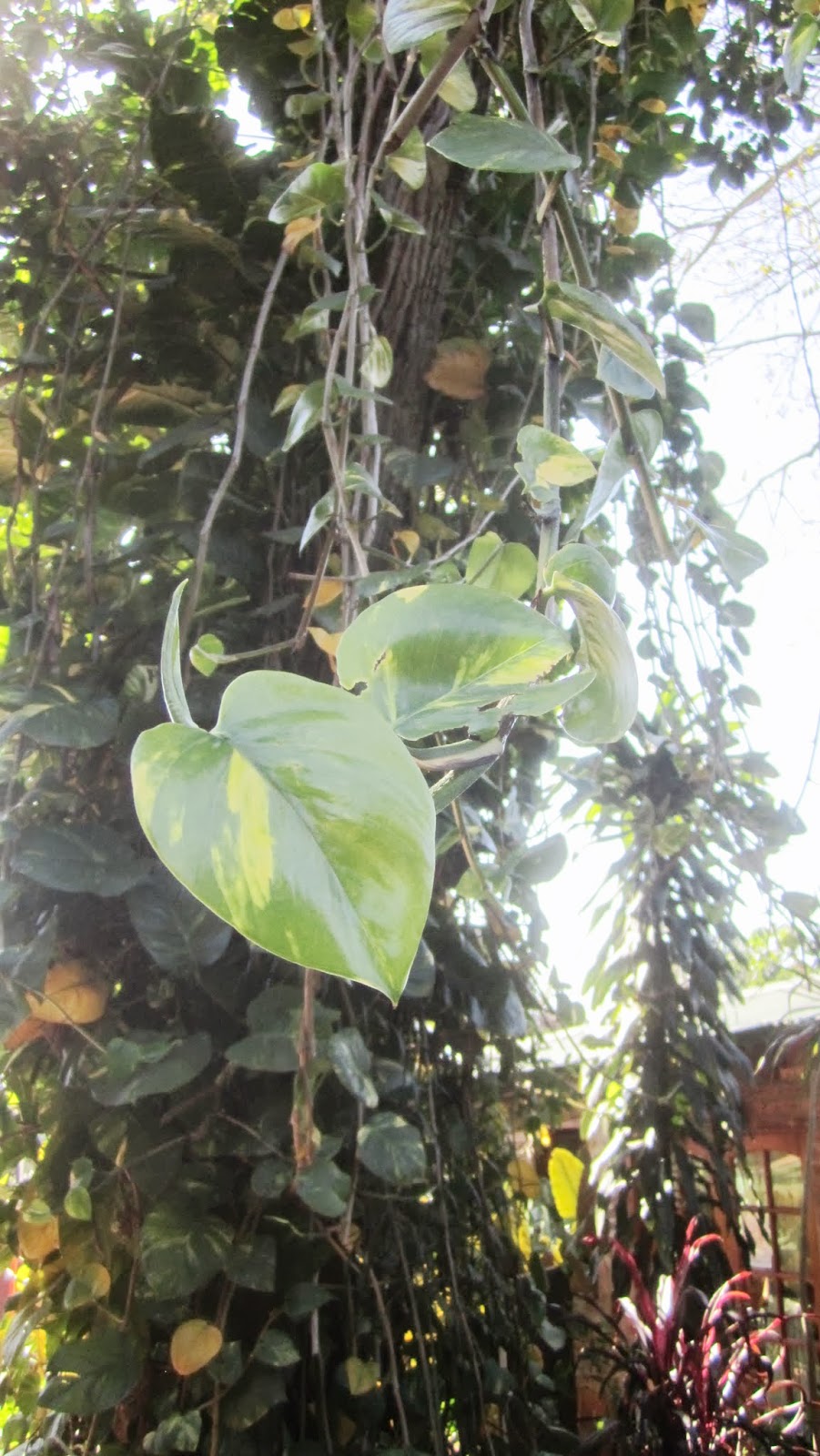 and a pothos no longer subject to the vicissitudes of human care. 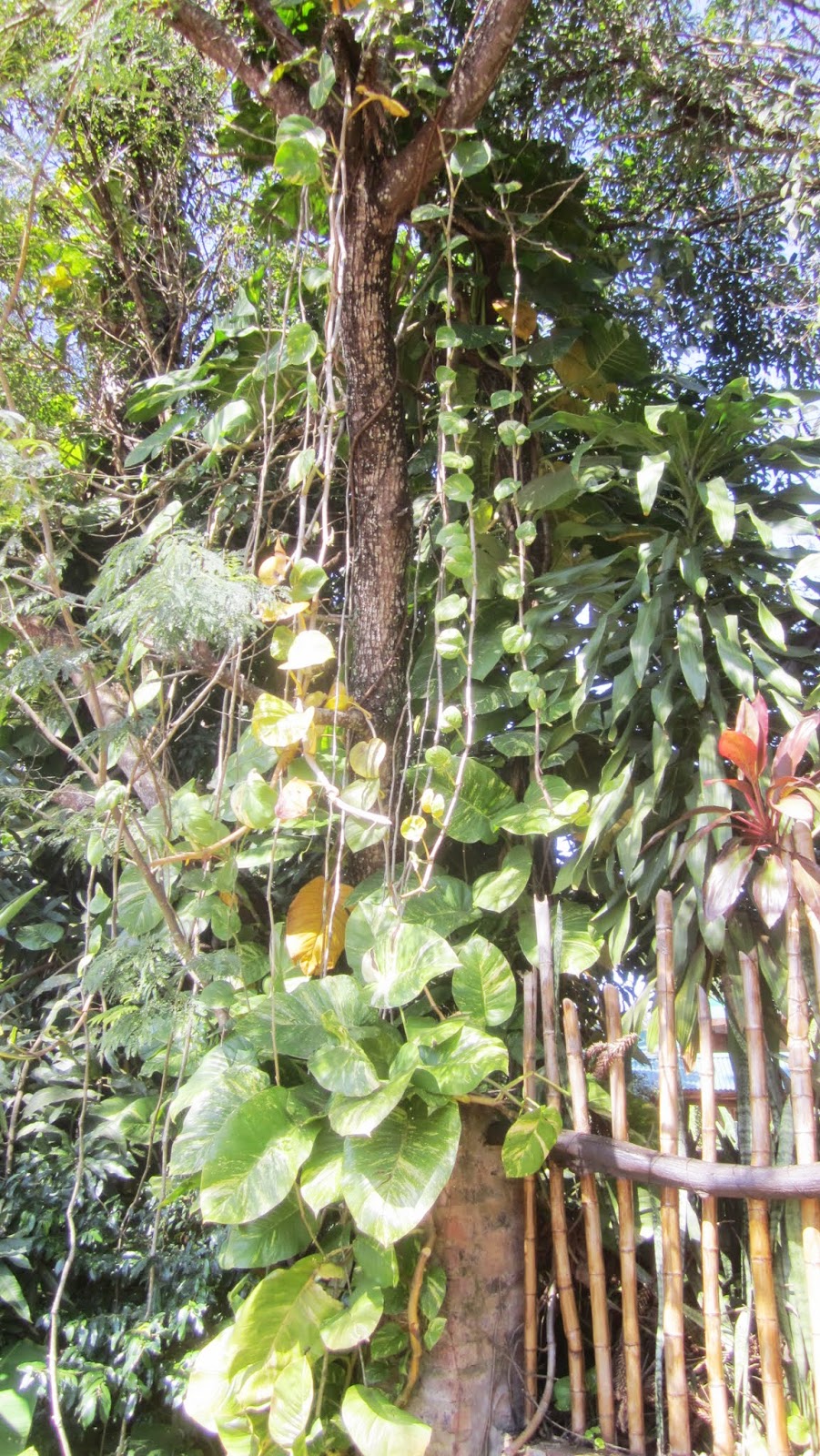 Some indoor plants hide neglect well, but the pothos I tended always advertised neglect for all to see. Years of consistent care could be lost in just a few days of neglect. How sad it was, after somehow forgetting to water a pothos one week, to then have to pick off a long string of yellow leaves, leaving as a permanent reminder the long stretch of skinny, leafless stem.

We like our indoor plants, and somehow remember to give them enough attention to survive, but it's good to know that somewhere in the world (in this case Puerto Iguazu in northern Argentina), these plants' kin can truly thrive.
Posted by Steve Hiltner at Wednesday, September 18, 2013