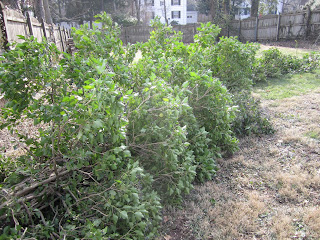 This tree was leaning against a neighbor's fence after Hurricane Sandy, and had to come down. It looks like it was some sort of flourishing evergreen tree, but the tree itself had dropped all its leaves well before the hurricane arrived. What remains green, and what was likely responsible for giving the hurricane winds leverage to push the tree partly over, is english ivy that had found the tree trunk to be a perfect substrate for supporting its vertical aspirations. 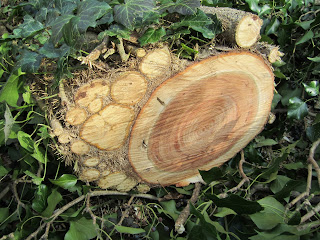 You can see that the tree was holding up not only itself, but also a similar weight of vines clinging to its bark. The vine is not a vampire. It doesn't feed on the tree's sap. But its roots compete with the tree's for water and nutrients, and its leaves eventually extend up and out to where they begin competing with the tree's leaves for light. The tree becomes weakened even as its burden of vines increases. 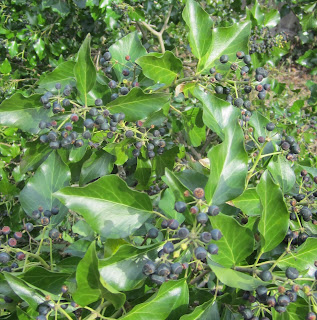 Meanwhile, the vine was happily producing tens of thousands of berries along the full length of the tree. 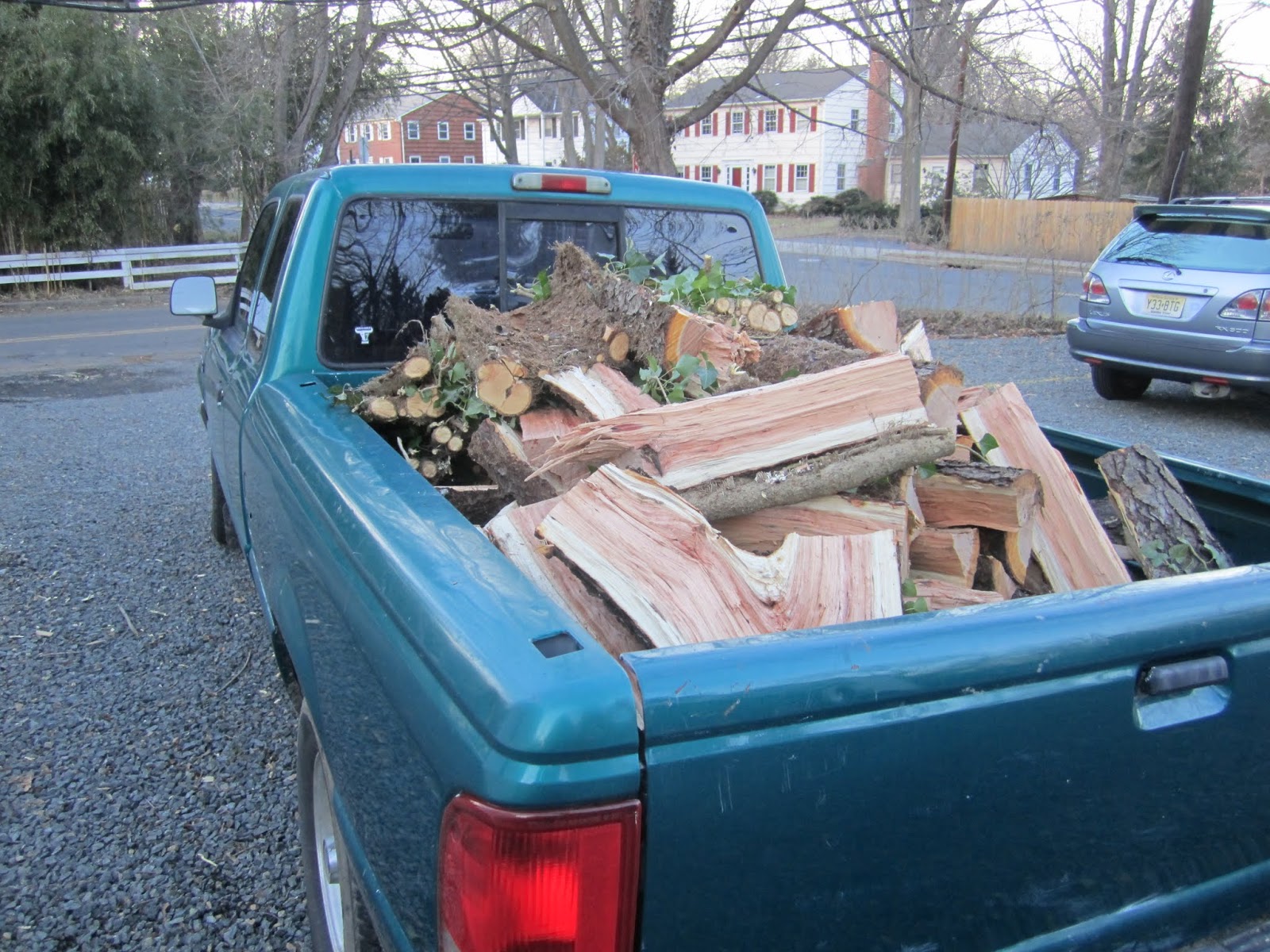 The tree company gave me the firewood--black locust burns very hot and clean after being cured for a year. Nice to have firewood, but the tree would still be shading the yard if the owner had simply cut the vines off near ground level every couple years. Neglect and deferred maintenance strike again.
Posted by Steve Hiltner at Friday, January 11, 2013