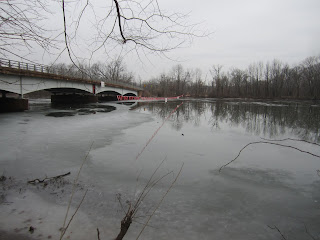 It looks like open water, but really it's a big puddle on top of the ice that formed on Carnegie Lake during a rare week of freezing weather. 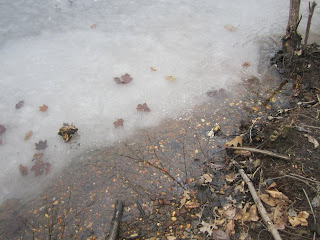 There was enough ice accumulated to resist breaking with a stick, but not enough to skate on.

Once the ice is gone, we'll again be able to walk across the lake, on the backs of geese.