To Walk a Duck 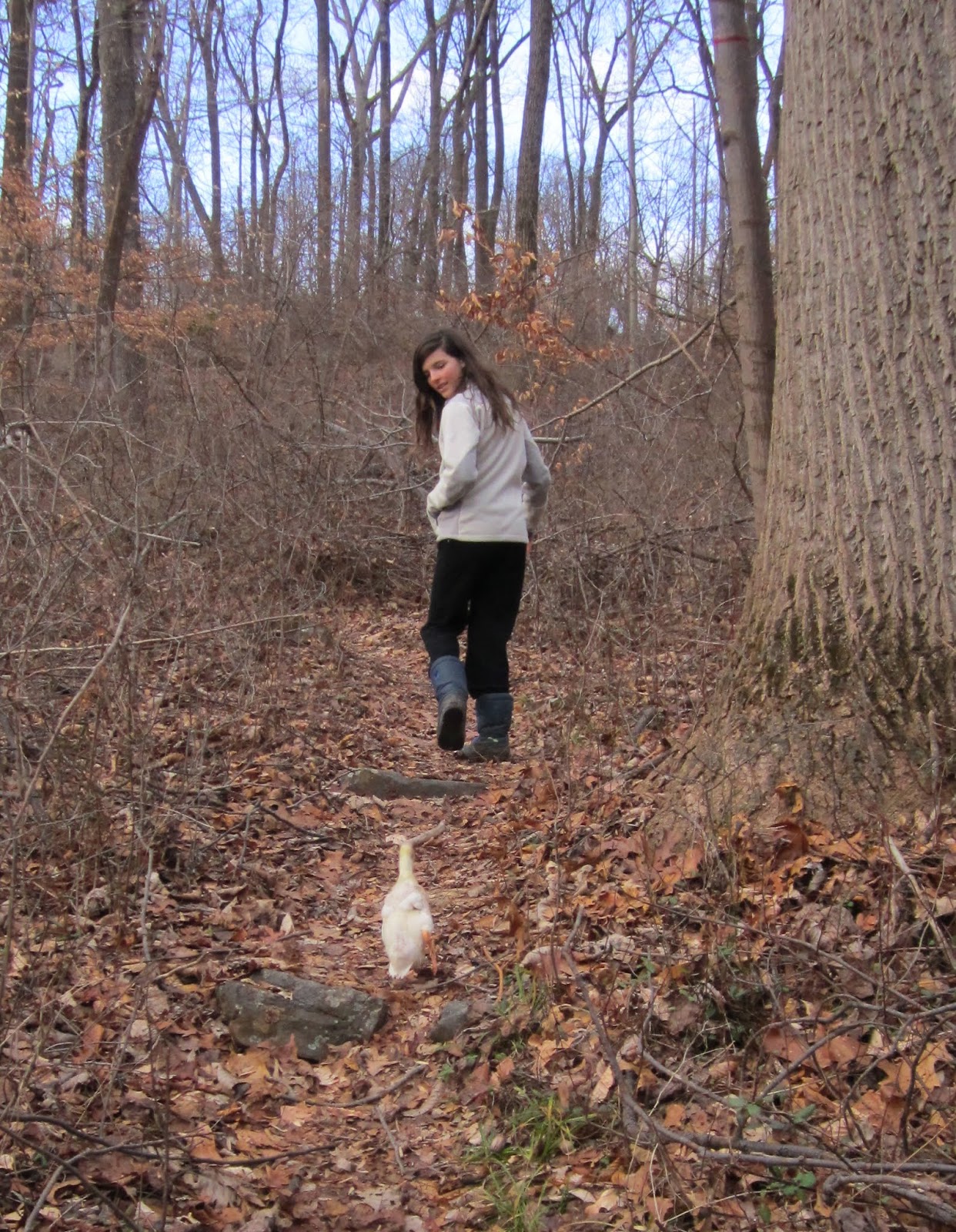 On January 25, the Princeton Public Library's Environmental Film Festival featured a DUCKumentary with spectacular footage of duck behavior, including a family of wood ducks as they travel through the seasons.

Related to the above, ducks made a surprise entry into our lives this past fall, when our younger daughter began asking to get ducklings. We made what seemed like compelling arguments against. Winters are cold, ducks are messy, and then there's the question of longterm care. To all these concerns she offered answers gleaned from the internet. She broke down our resistance with her persistence, passion, and finally a sophisticated powerpoint presentation that seemed to come out of nowhere.

Youtube's surprisingly rich offering of poultry videos may also have inspired the request to take one of the ducks, which had grown quickly after emerging from the box they arrived in from California, on a nature walk. This fleet-footed "runner duck" had no problem keeping up with us, and appreciated the occasional puddle we encountered in Herrontown Woods. I didn't even try to teach it the subtleties of winter-time tree identification. It seemed content just to explore on its own. 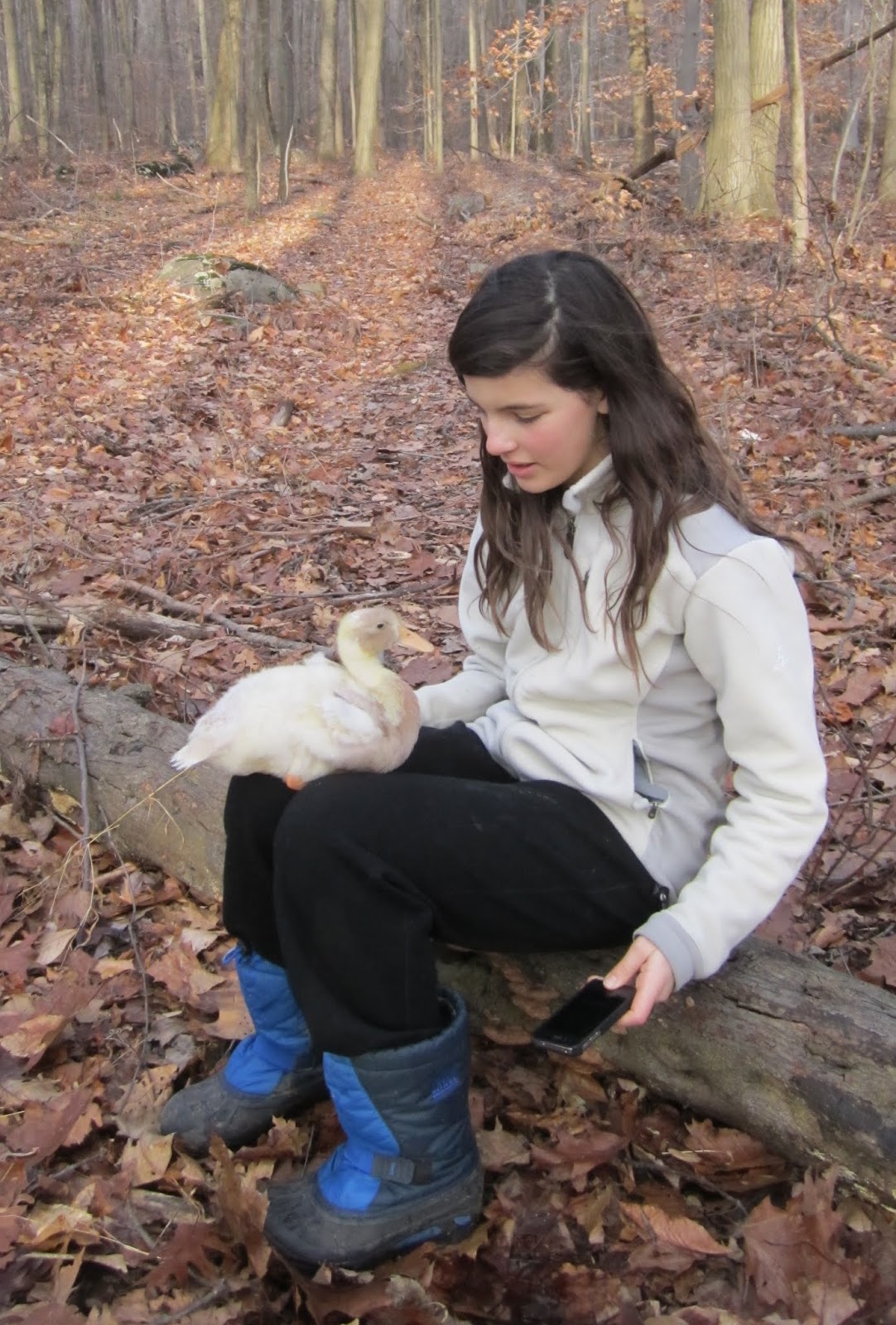 Happiness is a duck in the lap and a cell phone in the hand. 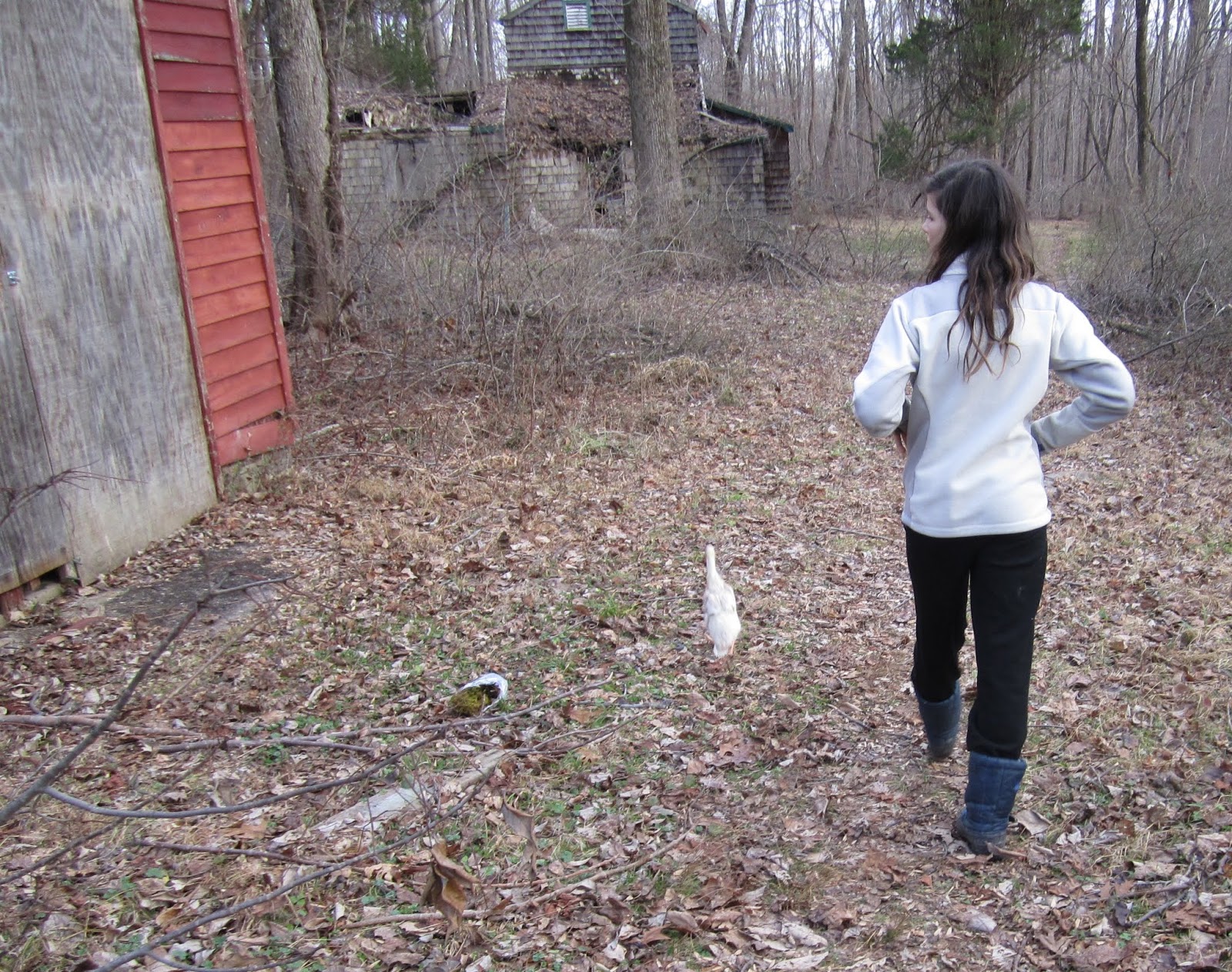 Despite having scaled the Princeton Ridge and scurried under and over countless fallen trees, the runner duck led the way back past the Veblen farmstead towards our car. Molly, as this runner duck is called, can be described as liking to take long walks in the woods, frolic in the backyard minipond when it's not frozen, and is considering a career in egg laying. Hopefully we didn't violate any leash laws.
Posted by Steve Hiltner at Thursday, January 24, 2013