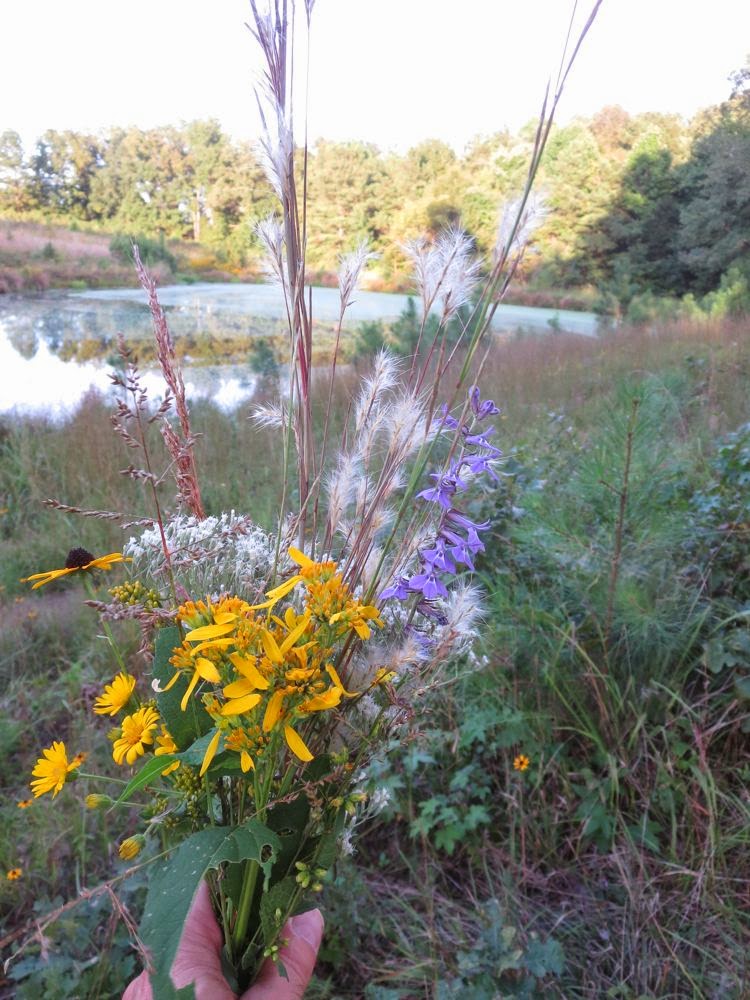 Even prairies are taking selfies. What a great looking group. All smiles. They were all decked out, celebrating this special event called "late summer". These plants live in Durham, NC, which is part of the same piedmont as Princeton. Some, like Indian grass, black-eyed Susan, and probably wingstem as well, are found in NJ. One of my favorite native grasses, split-beard bluestem, and something called purple disk sunflower, which isn't included here because it was too busy making seed to join the photo op, show NJ as the northern edge of their range. Another plant that, despite hanging out in seedy places like empty lots, can be a real beauty, is hyssopleaf thoroughwort--a smaller version of a plant common to our area, late-flowering thoroughwort ("late boneset" for short). Like the golden aster in the lower left (Chrysopsis mariana), the hyssopleaf thoroughwort appears to range even further north than NJ, but doesn't show up around Princeton. 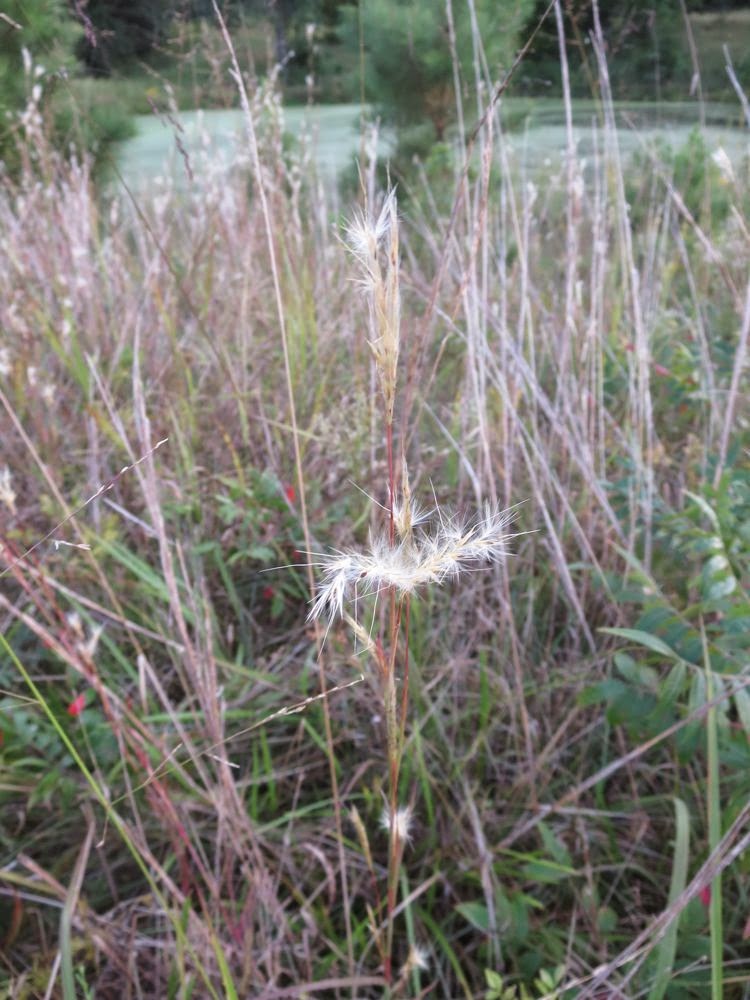 Grasses are hard to photograph, but you can see how these fuzzy seeds of split-beard bluestem split off in two directions. Backlit, a patch of this grass has a cottony glow. In Princeton's meadows and along right of ways, we have little bluestem, broomsedge bluestem, and a few scattered specimens of big bluestem, none of which have this ornamental clustering of seeds but which can still be easily identified by their overall appearance. 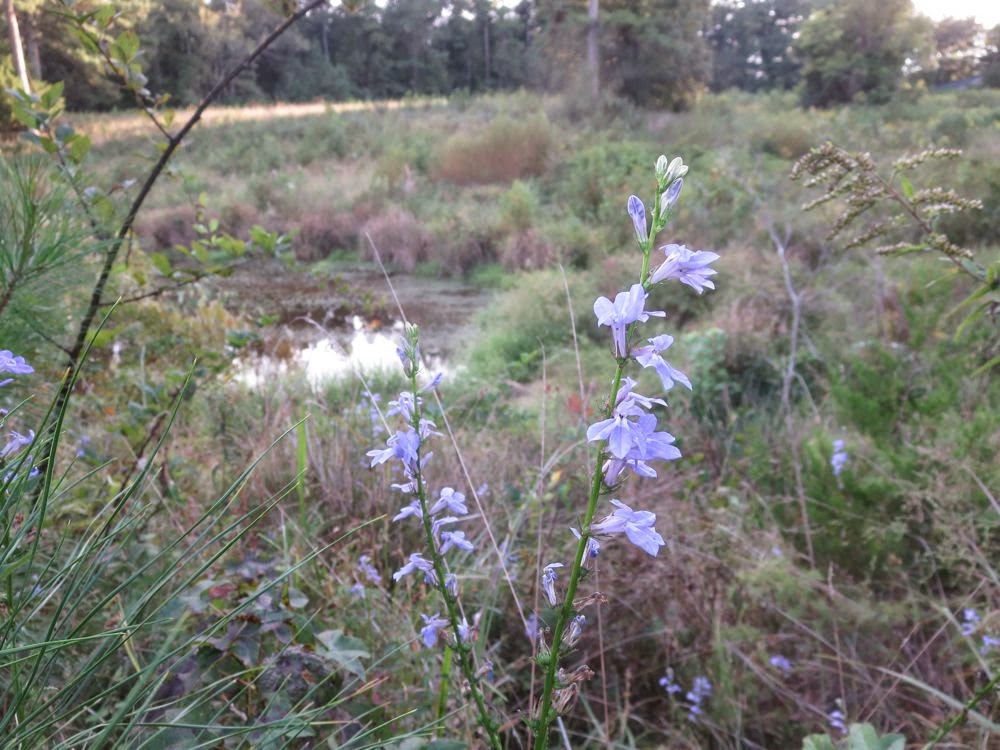 Also at the site were a blue lobelia, 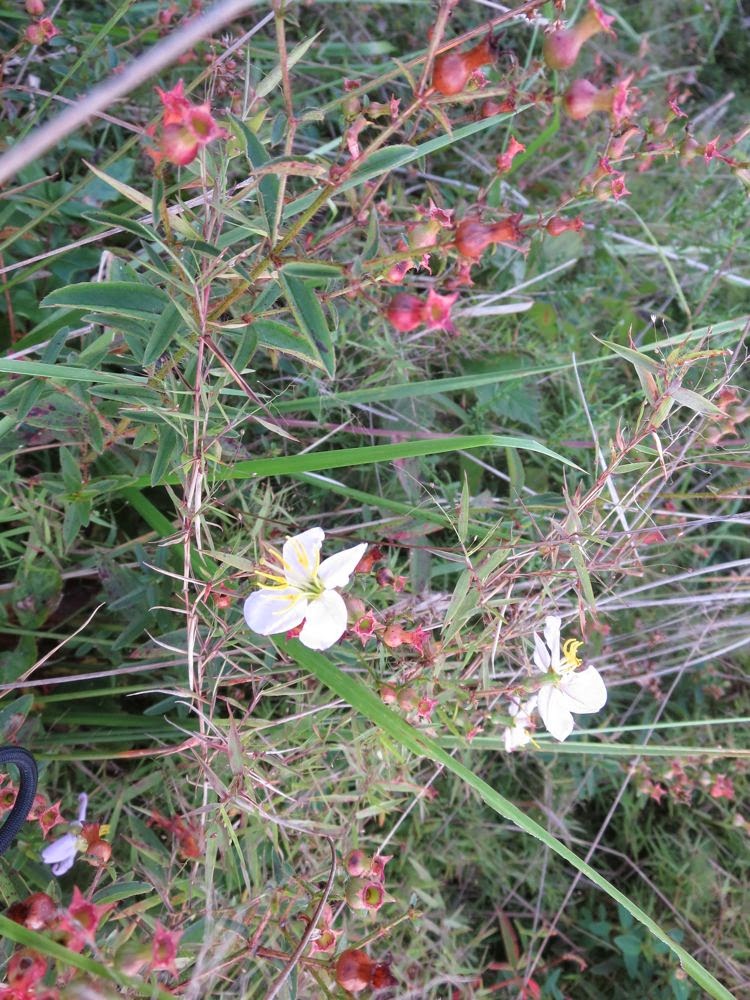 That all these species, plus post oaks, can be found here suggests that this preserved land holds promise for restoration as a piedmont prairie or post oak savanna.
Posted by Steve Hiltner at Wednesday, October 08, 2014